The publication of a Dark Mountain book represents the culmination of work that stretches back for a year or more. So whenever possible, we have found a chance to celebrate this moment together with our readers. Our book launches are evenings of readings and music, artwork and interventions, a chance to meet the book’s editors and contributors, as well as other people who are drawn to Dark Mountain. Oh, and of course, buy a copy of the latest book!

Recently, we have held many of these online and you can view them in our film and video section.

For in-person events, we’ve launched large and small, in cities and rural locations: in a tent in a public park in Reading as part of The Night Breathes Us In (Issue 10), at a Carrying the Fire gathering in the Scottish borderlands (Issue 5), and at the renovated Old Truman Brewery in London (Walking on Lava).

Our early books were often launched at the Uncivilisation festival. Issues 2 and 4 were introduced by one the editors in the leafy space of the woodland theatre, including discussions with the audience about the books and their creation.

Issue 3 was launched in a pub in Liverpool with Sophie McKeand’s band DKMTR and poetry from Eleanor Rees. We launched Issue 8: Technê at the Iklectik art lab, a pocket of green wildness, just a stone’s throw from Waterloo station, and featured unforgettable speed demos of mead-making and up-cycling.

One of our favourite launches was in December 2014, when we celebrated the fifth anniversary of Dark Mountain, the publication of Issue 6 and a new edition of the manifesto with a night at the Free Word Centre in London. The space was packed and buzzing – and for the first time the visual artwork from the book was presented alongside the written word.

In May 2017 we celebrated the launch of Issue 11 in Bristol at the Wild Goose Space in the heart of St Werburgh’s self-build community. The evening included readings from editors and contributors, talks from Caroline Ross and Mat Osmond about the book’s artwork, an introductory soundscape from Ava Osbiston and interval music from local Bristol band My Octopus Mind.

Meanwhile do look below for a write up of Issue 12 held in Devon in December 2017. 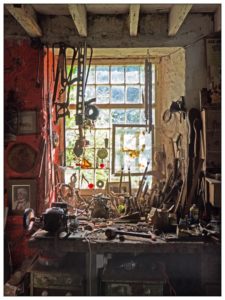 For Issue 14 – TERRA we held two events, one in a wild and stormy Cumbria with performance, percussion session, walk and ceilidh in October 2018,  the other at The Baldwin Gallery in London on 22nd November.

Here is a recording of October’s reading at Sprint Mill hosted by the book’s editors and the Kairos Collective: https://bit.ly/2PUDuYa .

The launch of our ‘fire’ issue , no. 15 was held in the Black Book Cafe in Stroud in May 2019. For our anniversary issue no 16 – REFUGE we  travelled to the East coast and were hosted by Poetry in Aldeburgh festival on Saturday 9th November.

In the spring 2020, we were hoping to launch issue 17 in our proposed gathering How We Walk Through the Fire. at the Cube Cinema in Bristol, but like most of the performance world we were forced by a global pandemic to cancel. Since then our events and launches have been held online. These have included a storytelling evening, a film show and the launches of the four latest collections: the autumn fiction issue 18 – FABULA, the spring 2021 ‘requiem’ issue 19 and spring 2022  issue 21 and our special all-colour Issue 20 – ABYSS  and Issue 22- ARK (see below).

And white it is a shame not to meet in person, we are delighted to be able to include many more readers and contributors, as well as being able to share the videos after the event.

For a complete compilation of all launch recordings can be found in our Film and Video section: https://dark-mountain.net/about/gathering-places/films-and-videos/

Meanwhile here is a recording of the  launch of our latest book ARK. 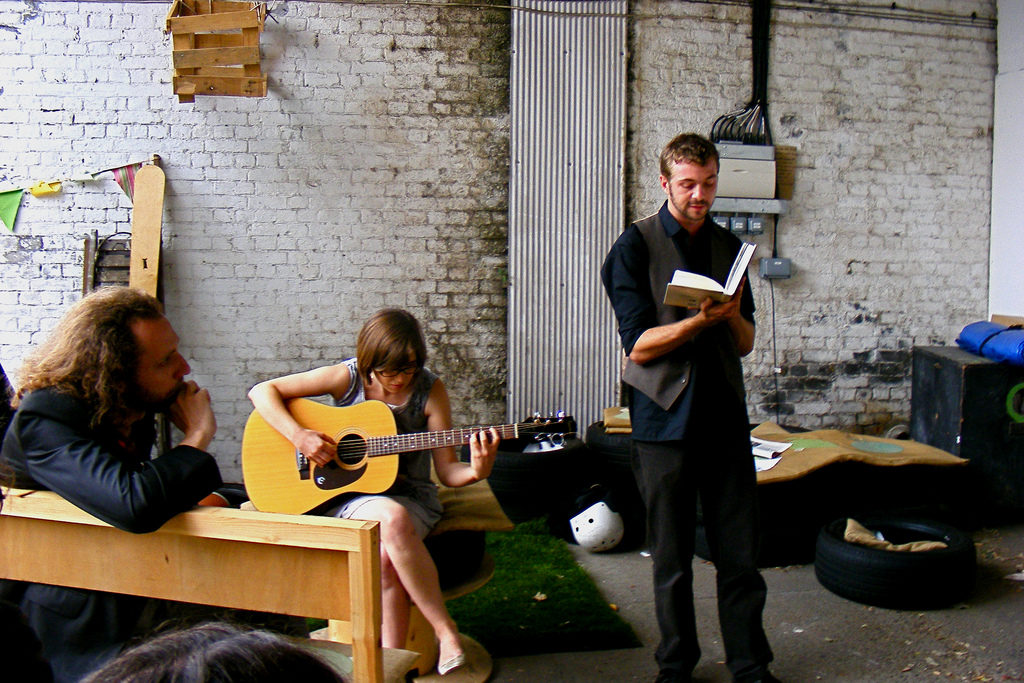 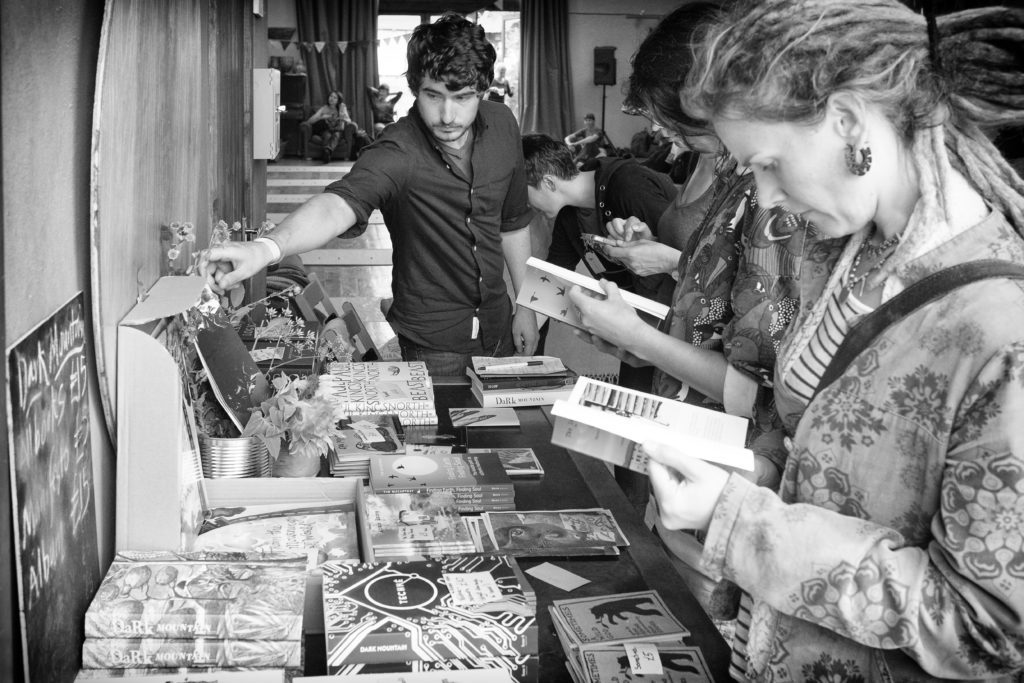 I cherish every volume on my bookshelves, and much of the content, as well as the simple fact that Dark Mountain exists, have been important to me as bulwarks against despair 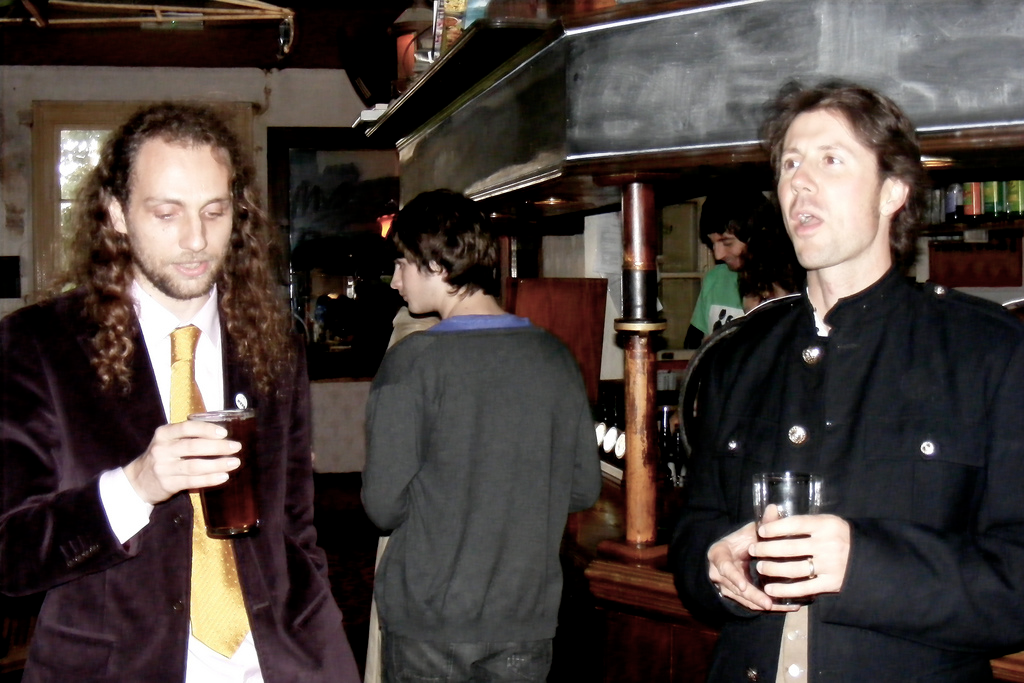 Manifesto, Oxford, 17 July 2009: Uncivilisation was launched in the riverside pub where Paul Kingsnorth and Dougald Hine first sat down to talk about writing it: the Isis Tavern on the outskirts of Oxford. Following music from Marmaduke Dando, Chris T-T and Get Cape, Wear Cape, Fly, the pair of them took to the stage to explain what this project was supposed to be, and to formally launch the manifesto. The audience of around 40 was a mix of friends, family, early supporters and curious onlookers. The adventure had begun.

Report from launch of Issue 12: SANCTUM

Our launch event began with an afternoon art workshop and a discussion of what ‘the sacred’ meant and what sacred art might look like. The book’s art editor, Thomas Keyes introduced his work, tracing the unexpected connections between his background in graffiti writing and his more recent passion for illuminated manuscripts. We then went for a short walk outside, looking at natural forms, returning to the gatehouse to make our own art with ground natural pigments and parchment, incorporating the shapes and objects that we’d found on our walk.

The workshops were followed by an evening of readings, art and music. We hoped to encourage an atmosphere of deep contemplation with a share of critical thinking and healthy scepticism. The evening began with an interactive session where the audience were asked to imagine a situation that would be needed for a random object to be sacred to them. Each member of the audience was given, or chose, an object which would stay with them for the rest of the evening.

A candlelit night-walk through a small part of the gardens included appearances from mysteriously-lit, costumed creatures, poetry beside an ancient yew tree and silence and smoke in a circle. 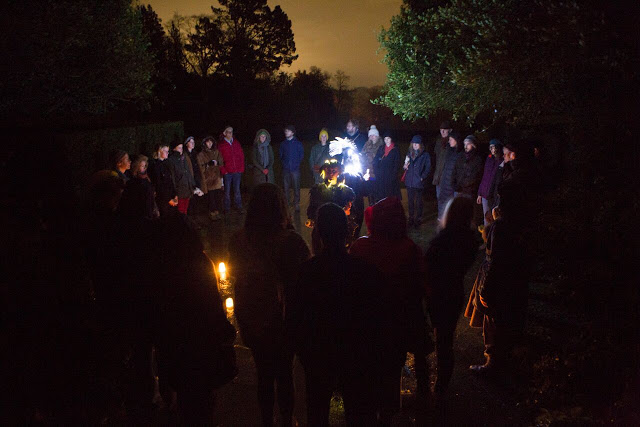 Returning to the candle-lit hall, we allowed some layered improvised soundscapes to wash over us, made by David Osbiston on his guitar. Many of the contributors to this issue live outside the UK or have a restricted ability to travel, so for the first time we made use of contributions recorded and sent by video or audio: Dougald Hine introduced the evening from Sweden, while Craig Slee, James Nowak and Sylvia Linstead each read from their work.  We ended the evening with Sylvia’s recording of ‘The Sibyl in the Book’, the text which she wrote to claim the final pages of the book, and a beautiful song she recorded for us – a grandmother’s lullaby.

Meanwhile, Steve Wheeler, Elizabeth Slade and Pelin Turgut were present to read from their books in person. Thomas Keyes talked us through his curation of artwork, including the logistics of sending out parchment he had made from the skin of twenty roadkill deer to artists around the world.

Between the recordings and readings, we had a set from Blythe Pepino of Mesadorm, whose moving and stripped back songs brought a feeling of humanity to the evening: we were just a bunch of people sitting in a room, after all.

The evening ended with a shared ‘pot luck’ meal and a further appearance from one of the Night Walk characters, framed with feathers and entering to the sound of a gong. Everyone was invited to place their object from the opening of the evening on a shared altar and we dispersed into the cold December night with a small glimmer of something sacred. 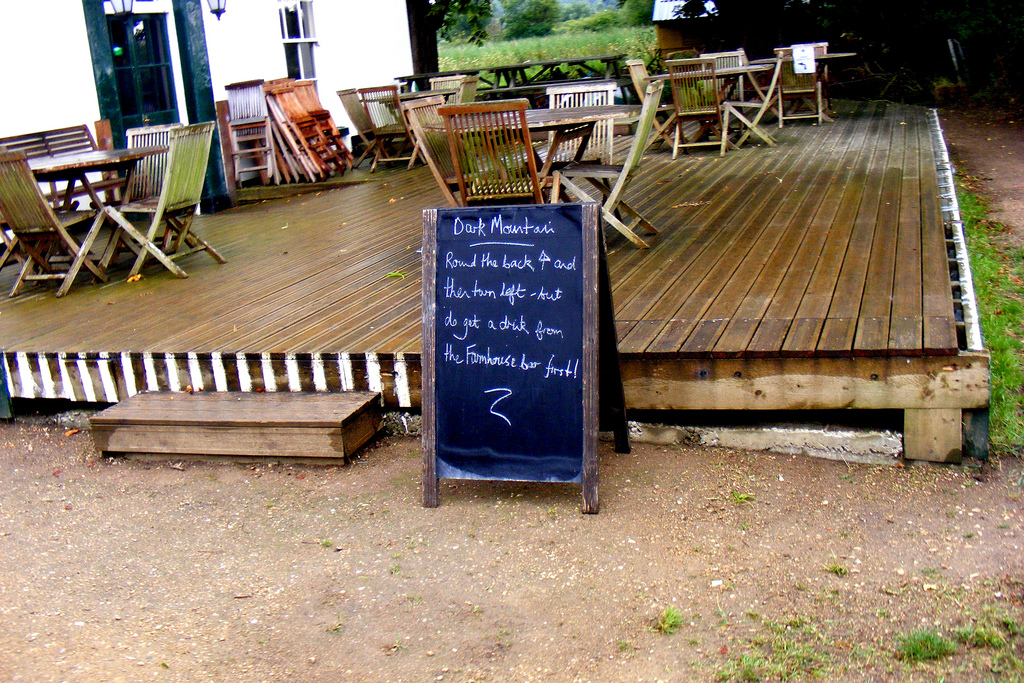 Sign to the launch of Uncivilisation Oxford 2009 (photo: Andy Broomfield) 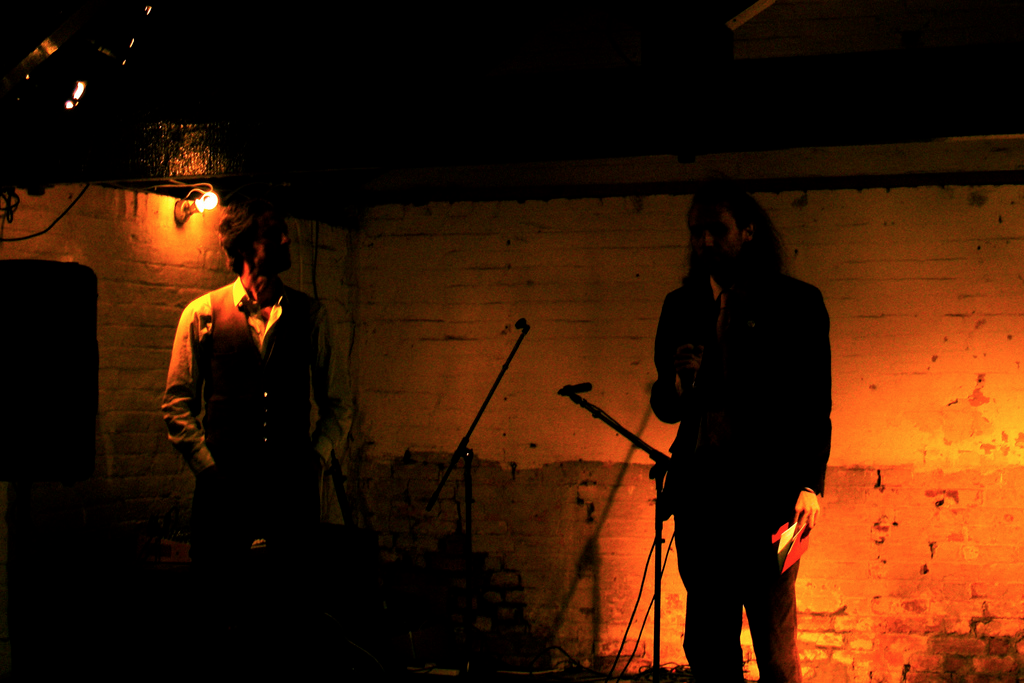 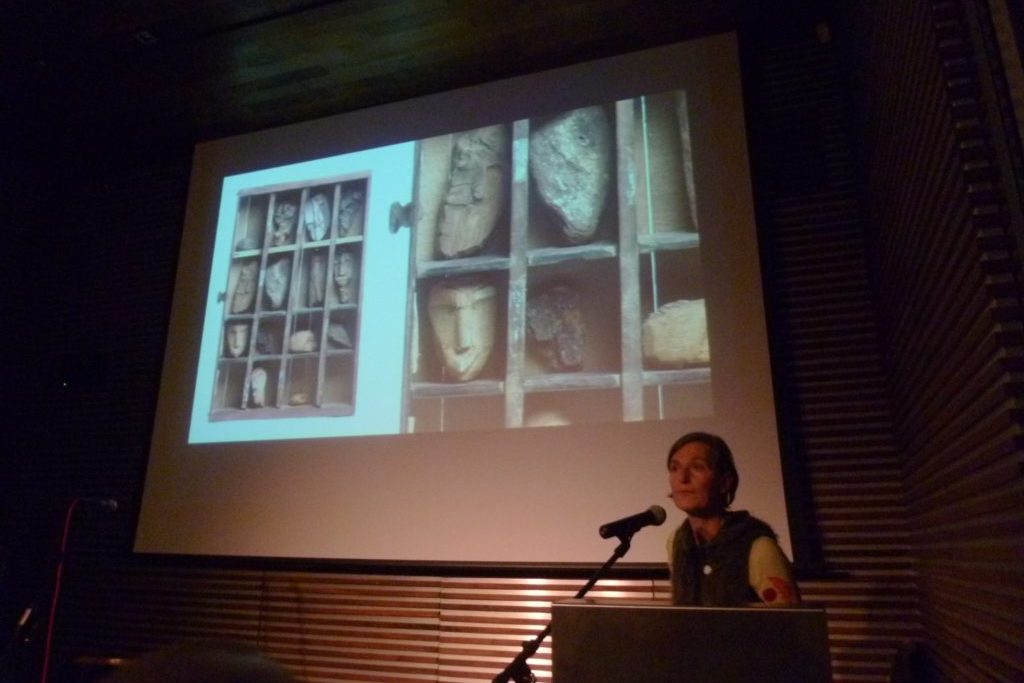 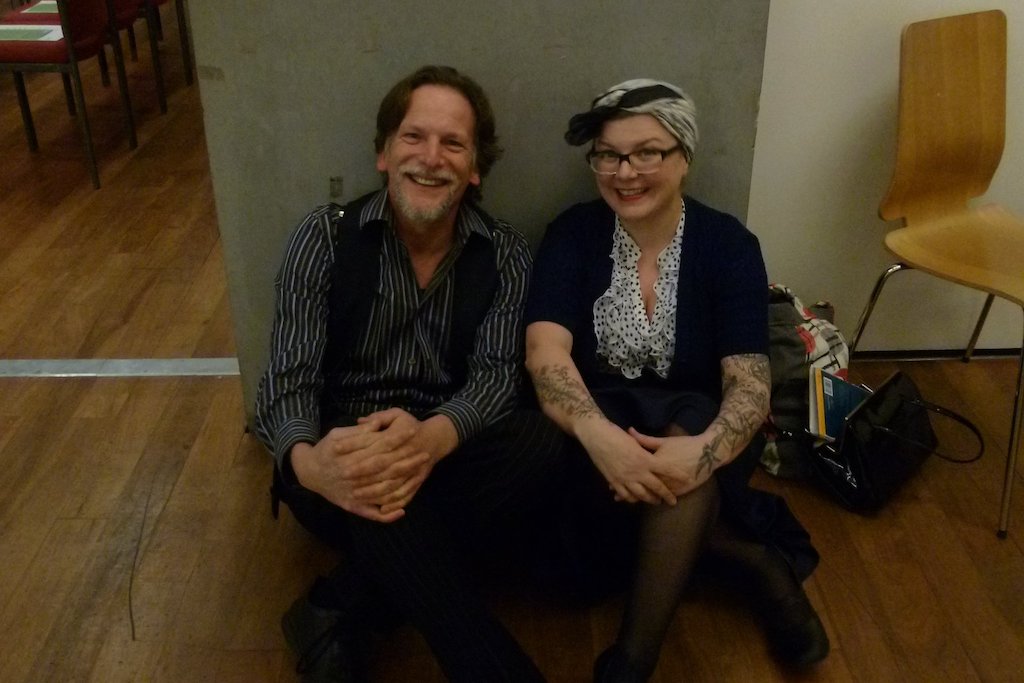 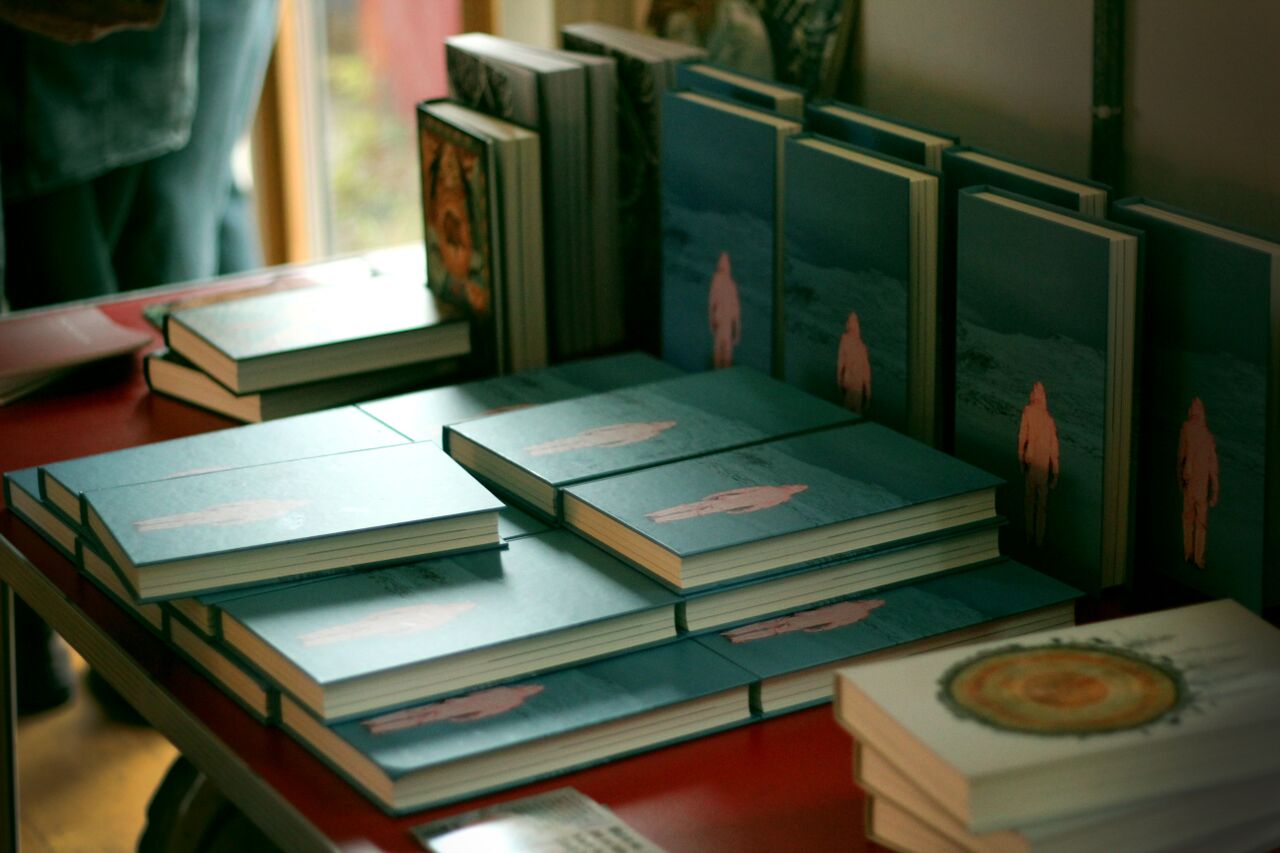 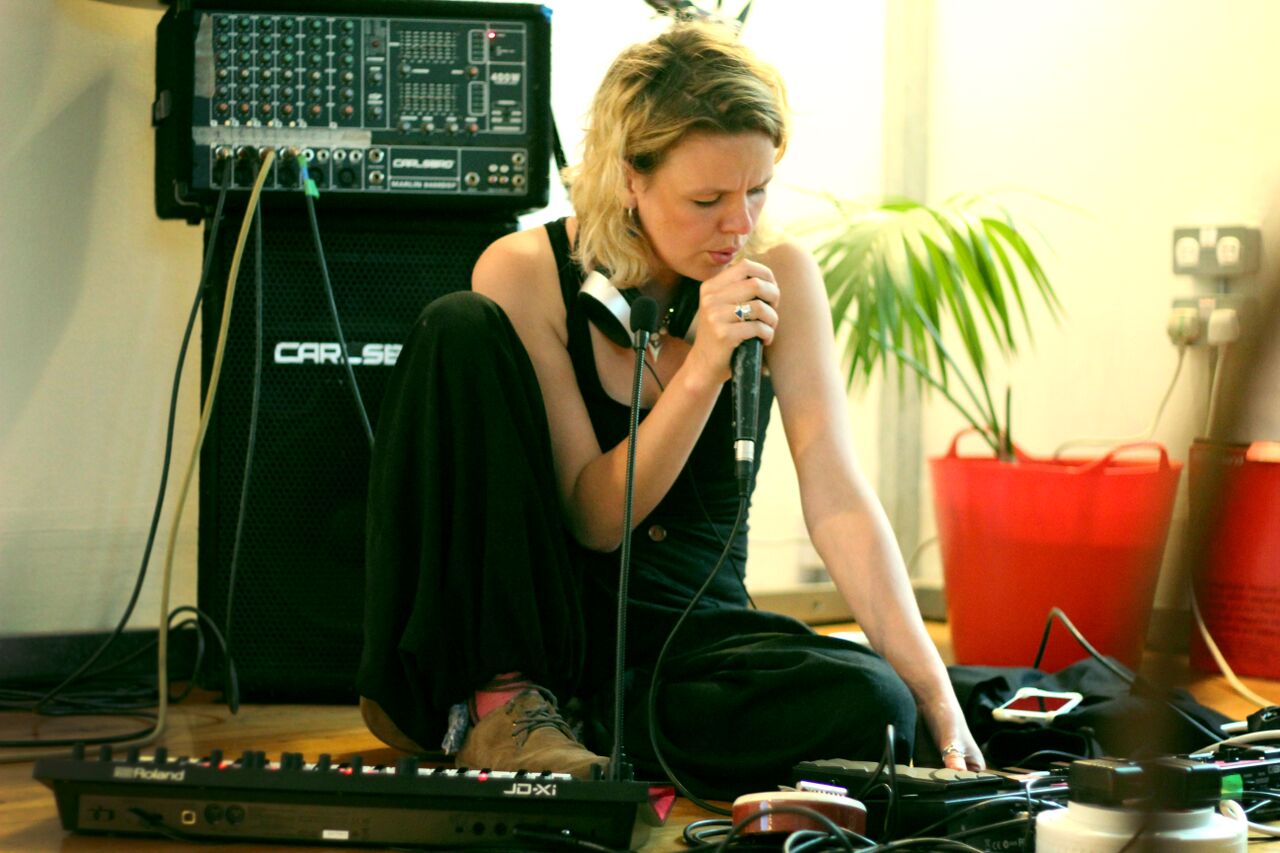 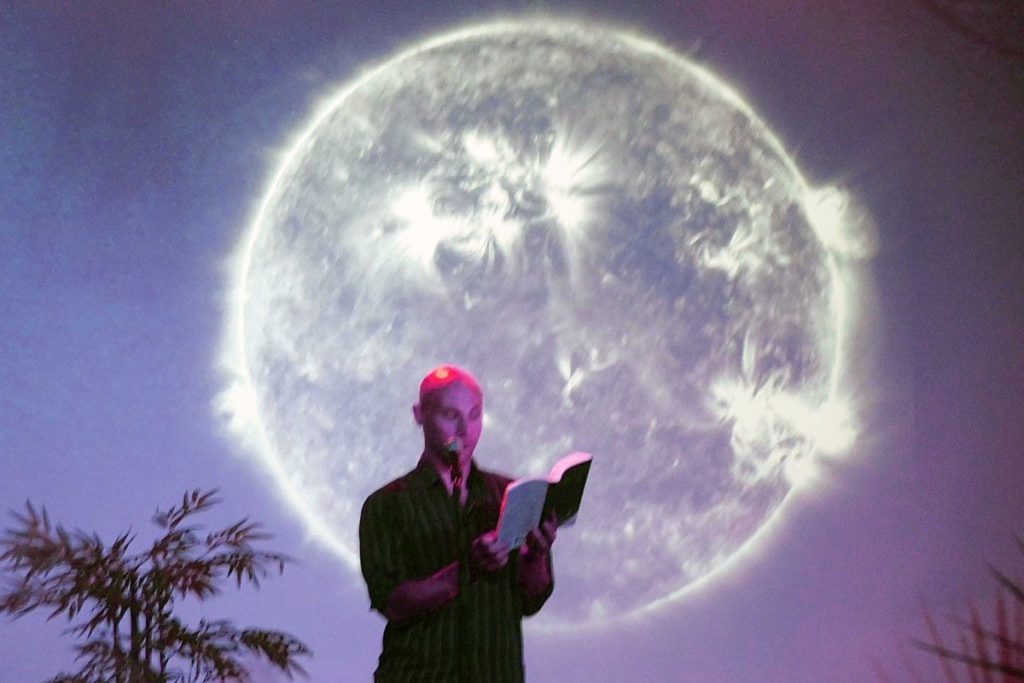 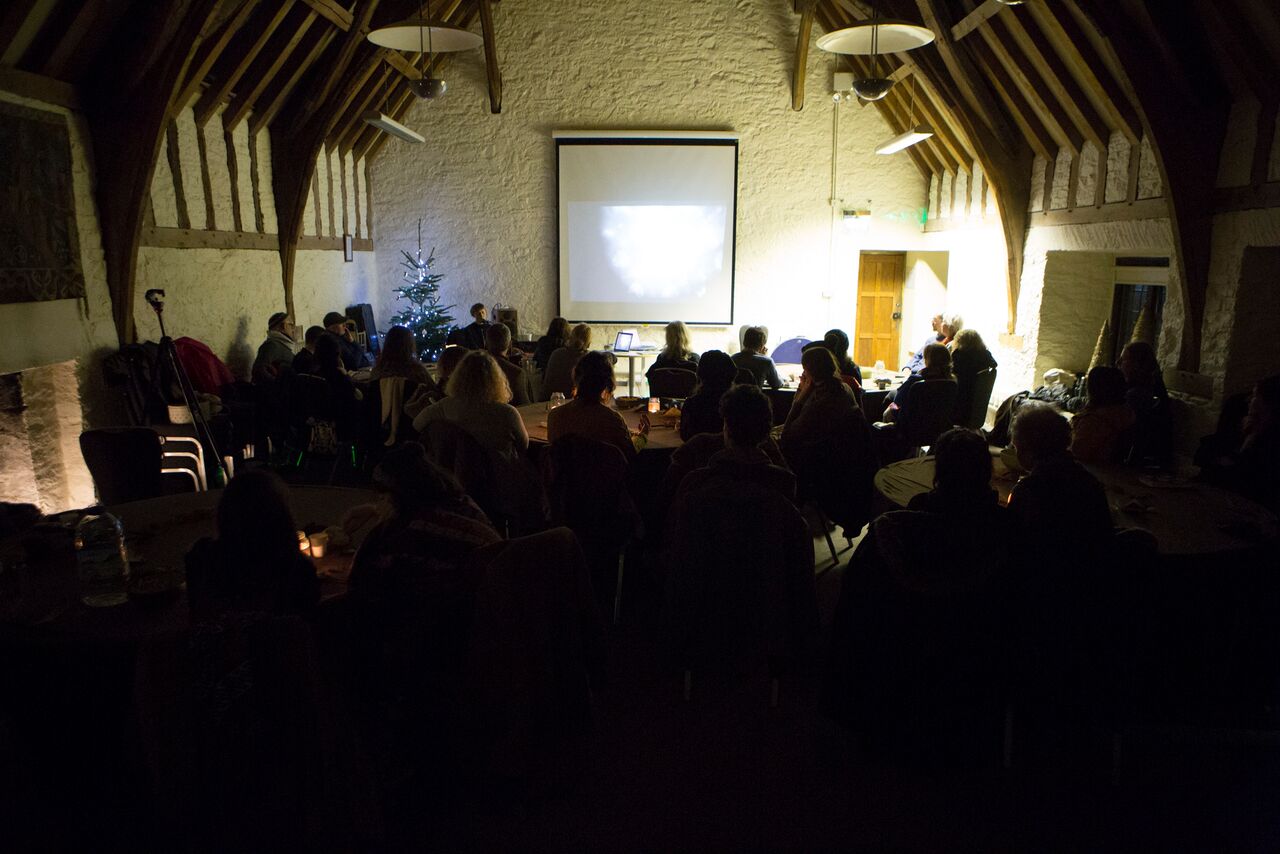 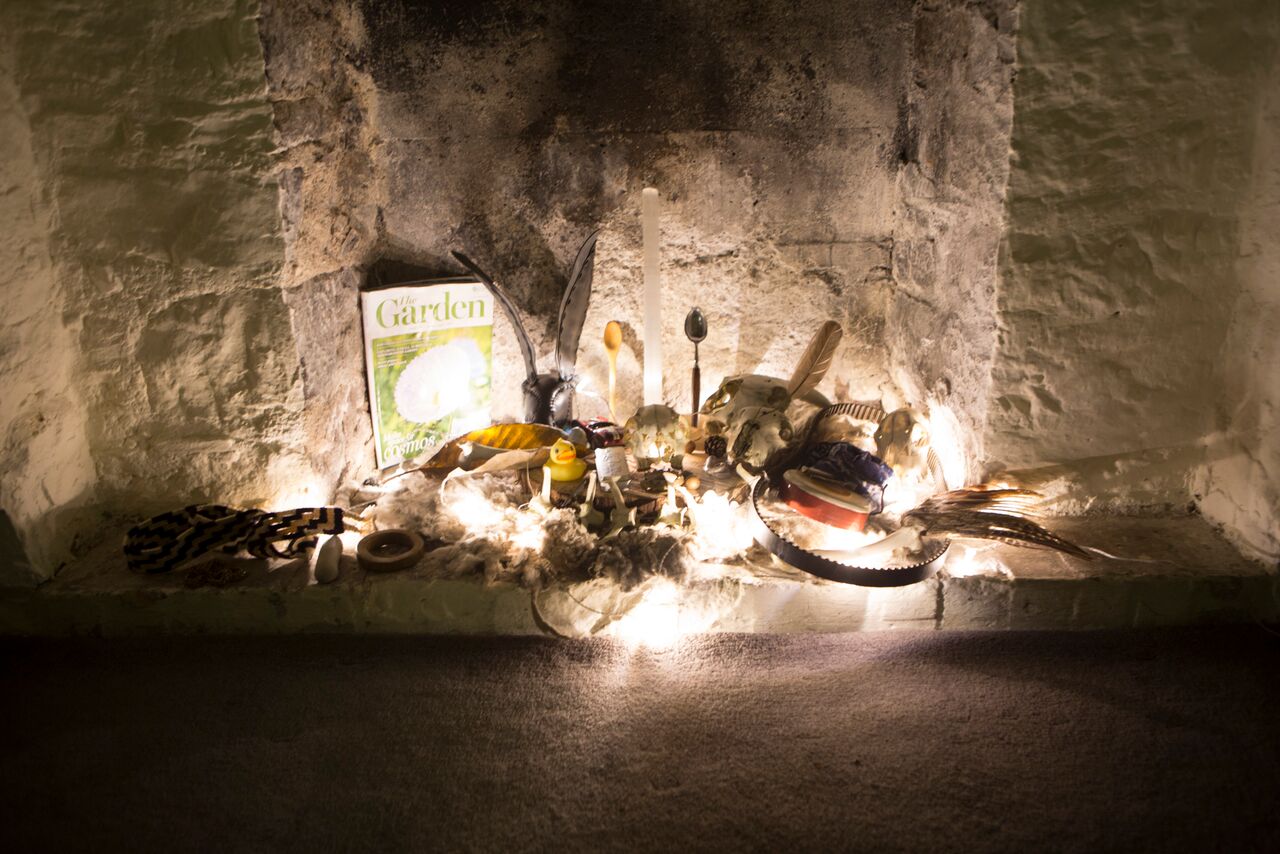 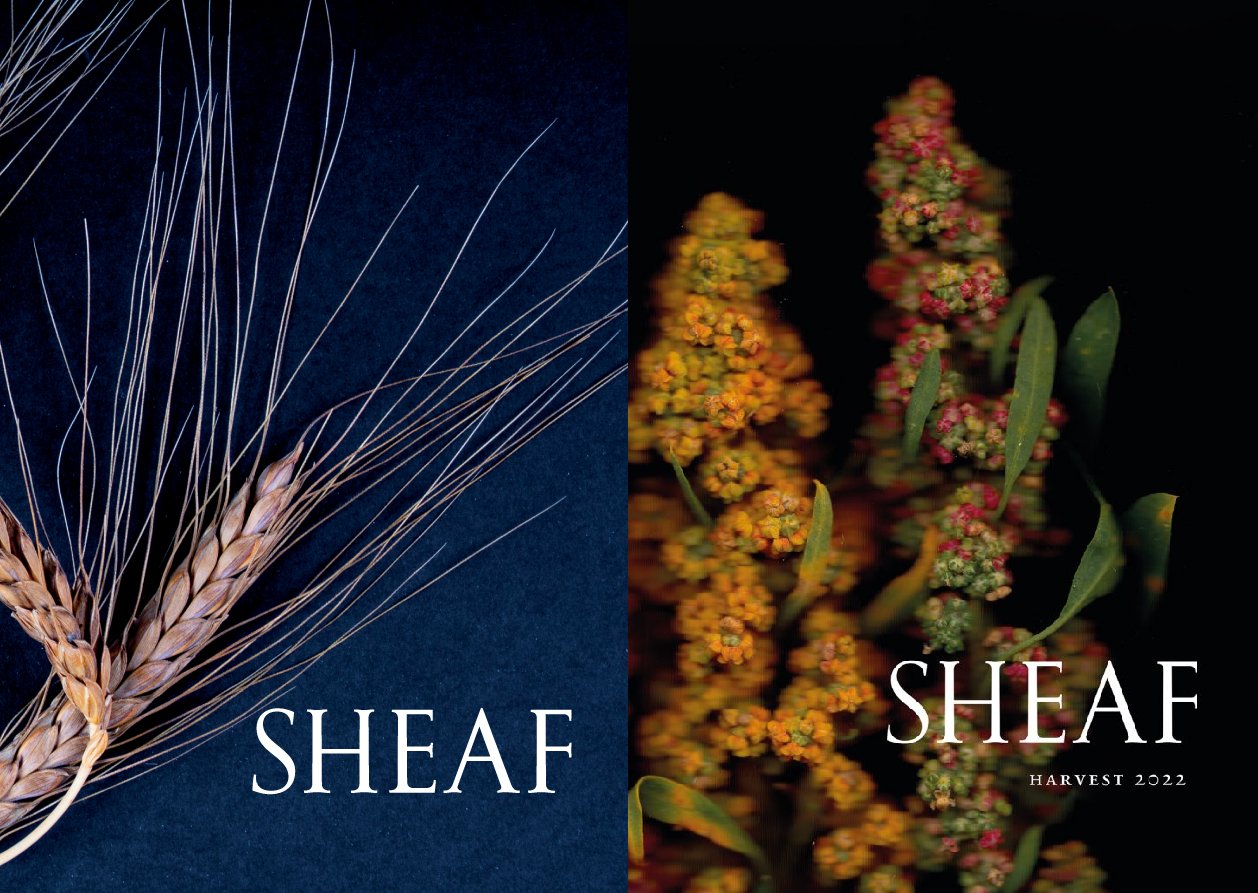