From large-scale gatherings like the Uncivilisation festival, the focus of our gatherings has shifted over time towards more intimate events where we can go deeper into the territory of culture-making in a time of unravelling, digging beneath the assumptions of our culture. One form this takes is courses and retreats with members of the Dark Mountain team.

These events have ranged in style and content over the years: from year-long programmes run by co-founders Paul Kingsnorth or Dougald Hine to a weekend workshop led by poets Em Strang and Susan Richardson. They may be created in collaboration with other organisations or embedded within larger events like the CultureLab at the Centre for Alternative Technology in Wales or the  Wilderness festival  in Oxfordshire. Recently our teaching courses have gone online, as co-directors Charlotte Du Cann and Nick Hunt have hosted a series of nonfiction writing workshops during 2020-21.

Such events combine a chance to frame a creative inquiry, share uncivilised stories, focus on art, connect with nature and take part in solo journeys, group discussions and map-making. Whether an immersive workshop and ‘conversation in the dark’, or a performance and discussion at Breakdown Breakdown at ArtsAdmin, what they have in common is that they invite diverse groups of people to engage with each other and the craft of writing in ways that are not always possible in ‘ordinary’ time.

Each year we are invited to take part in different festivals to host workshops or take part in panel discussions. But perhaps our most valuable interactions take place when holding conversations around Dark Mountain themes:

In an age of unravelling certainties – social, political, ecological – how do we chart a path between the extremes offered us: a gleaming technological utopia on one hand, and an apocalyptic collapse on the other? How do we de-story ourselves from the myths of Empire, and provide the breathing space for more honest ones to grow?

For The Hidden Civil War season of exhibitions and sessions in Newcastle upon Tyne, Charlotte Du Cann and Nick Hunt invited participants to create the cultural road maps we might need to sustain us in the times ahead. This was followed by storytelling and discussions around a fire in the Summerhill community gardens.

At Fire in the Mountain festival in Wales in 2017, five members of the Dark Mountain collective held a pair of immersive sessions: ‘Cafe Apocalypse – The Conversation at the End of the World’ and ‘Testaments of Deep Time’ explored the slower rhythms which underlie our moment-to-moment existence in industrial civilisation. In 2018 and 2019 we have returned to host similar sessions: readings and conversations around our latest books and host experiential workshops on finding meaning and connection in times of turbulence.

What is the role of storytelling in a time when the stories have failed, when people have stopped believing in a happy ending? When there is nothing left to say, what is there left to say? This workshop  explore the role of writing in these times of social and ecological unravelling, how to bear witness, and make meaning, as we navigate collapse.

Over two participatory sessions we look at how to forge a writing practice that can hold uncertainty, and widen our attentiveness to the more-than-human world. Between the sessions, we will be walking into our local territories – urban or rural, civilised or wild – to help us ground these words, and ourselves, as the year shift from darkness into light.

These are journey into what happens at the edges of things, in the gloaming and the twilight with group Zoom sessions, with time for a solo walk/encounter and a writing task during the week in between providing  opportunities for working within a Dark Mountain frame, in-depth conversation with fellow writers, editorial feedback on texts and exploring relationship with the living world 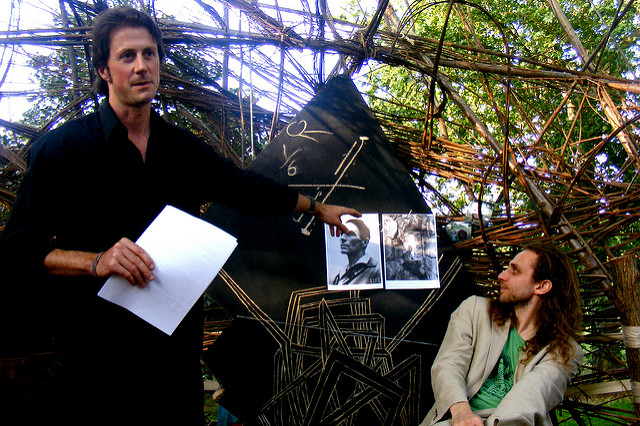 An early outing for Dark Mountain saw Paul and Dougald presenting the project several metres above the ground in Regents Park, London as guests of the Treehouse Gallery, August 2009.

You can see a mountain being exploited for its forests or minerals or tourism. But the mountain also exists in and of itself. It is Mountain in the way you are Human and that's an uncivilised relationship Dark Mountain explores.
— Two Degrees Festival 2014

What in this era of crisis are we being called upon to relinquish? How do we build deep resilience – and how do we restore life to places of cultural and ecological brokenness?

A five-day creative and collaborative exploration of the journey through the underworld and the alchemical path of ashes with Charlotte Du Cann and Dougald Hine.

Our quest was to find answers to core questions about the future, using methods drawn from theatre and ritual, collaborative writing exercises and conversations in the dark – as well as drawing on tools such as the Deep Adaptation framework developed by Jem Bendell.

Working with the ancient myth of Inanna’s decent into the Underworld we went in search of clues with which to make sense of our lives and the times in which we are living – and tools for creating ‘living-spaces’ for this work within our communities.

At the heart of the Dark Mountain Project is the claim that the global crisis we are facing is not a crisis of politics, economics or technology, but a crisis of stories. The stories which our culture likes to tell itself about humanity’s place on Earth and its relationship to the rest of nature are like bad maps, leading us towards unmarked hazards.

Participants were asked to bring a notebook, a clear head, and a sense of excitement – and to leave false hopes and all-encompassing solutions at home. For this course, Paul Kingsnorth and Dougald Hine were joined by Dark Mountain collaborators Mat Osmond and Martin Shaw.

In the beautiful surroundings of Schumacher College, co-founders of Dark Mountain Paul Kingsnorth and Dougald Hine offered a residential course in which to prise apart the stories we grew up taking for granted – stories of inevitable ‘progress’, human centrality, technological and economic inevitability – and begin the work of assembling new ones, capable of making sense of the world in which we find ourselves.

New Stories was a course for writers, artists, thinkers, doers seeking to rekindle their own creative relationship with a rapidly-changing world, and draw on radical ways of understanding our current situation.

During the course, Paul and Dougald held a public talk in which they shared their reflections on the first five years of Dark Mountain. 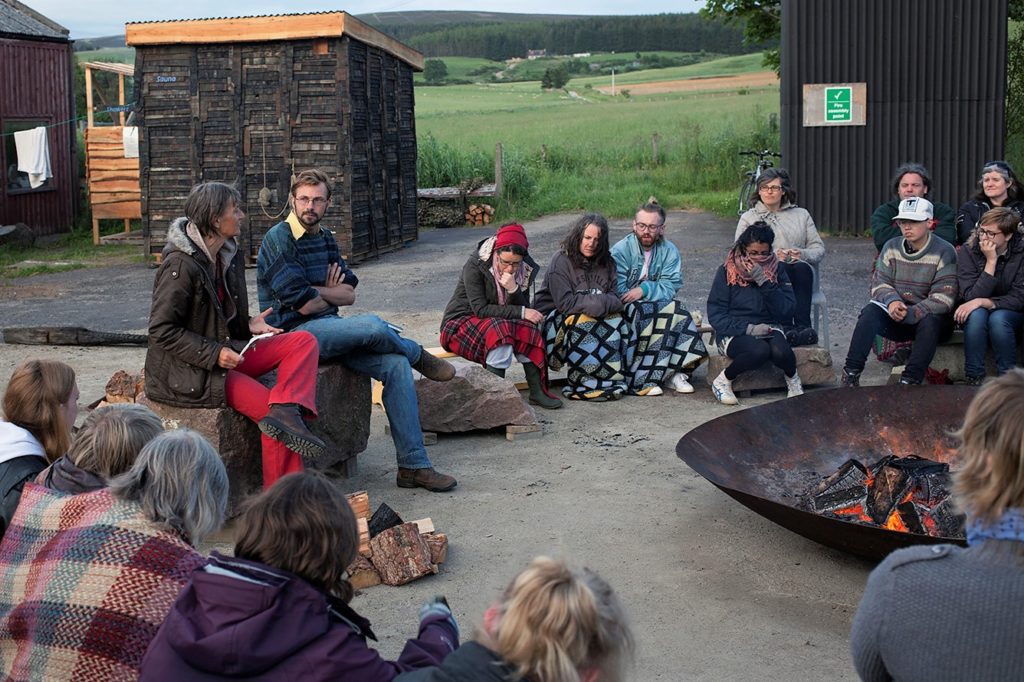 Camp Breakdown Break Down, Aberdeenshire, Scotland 2014 Editors Nick Hunt and Charlotte Du Cann told the tale of Dark Mountain around the Camp fire and held a collaborative storymaking workshop around the Eight Principles of Uncivilisation in a (rather rainy!) field.

We will look to the creation of stories, poems, narratives and worldviews by walking beyond the usual dustbowls of the civilised world. Weather patterns, badger trails, and deep pools of water will serve as teachers.

With Westcountry School of Myth and Story

In the wilds of Dartmoor, in the depths of winter, Paul Kingsnorth worked with mythologist Martin Shaw to create a weekend of mythology, story and moorland experience for writers who wanted to deepen their craft.

Over weekends spent in remote buildings, around fires and on the moors, these three-day immersions were an exploration of what it means to un-civilise our writing and our selves. Whilst promising the Earth, civilisation divorces us from it. But the stories our civilisation tells about itself are now unravelling. The intensity of that unravelling propels us into even greater disconnection from the wild.

Built around a traditional mythological tale told by Martin, these weekends were a combination of storytelling, teaching sessions, conversations and walks in wild places and served to break open participants in the service of their creative work.

Martin and Paul also teamed up in the summer of 2017 to present writing workshops based on ‘The Myth of the Serpent’ in California and New York. 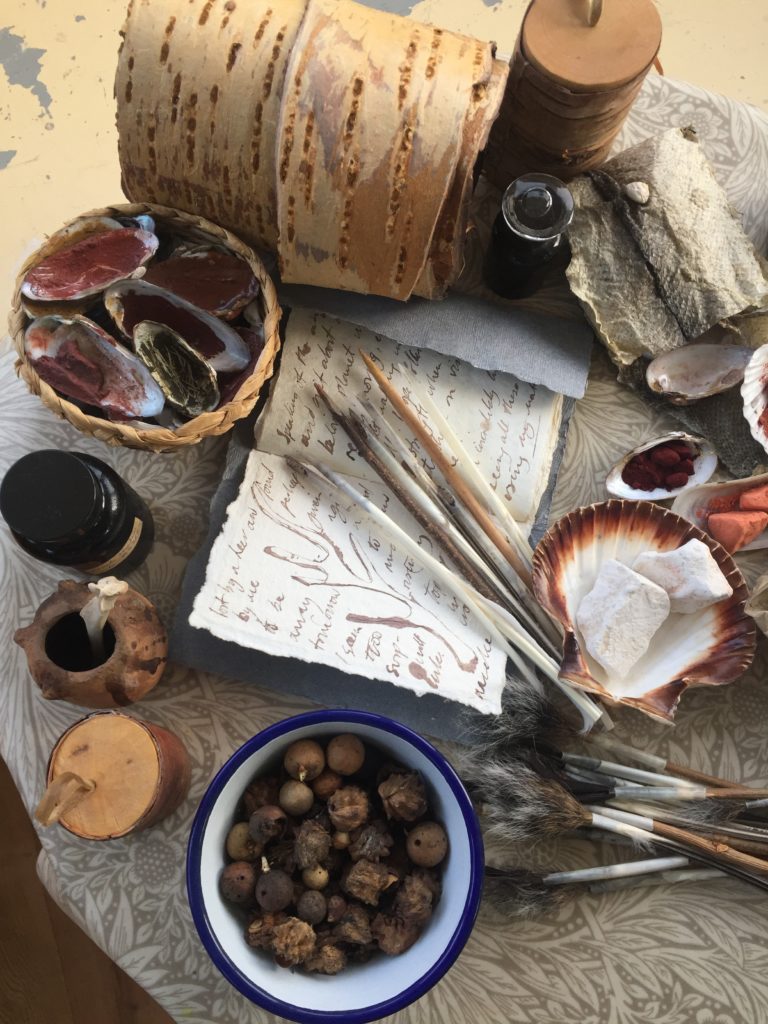 Can we stand outside the wires and lights of modern living and, however briefly, re-forge a visceral engagement with the intelligence of the wild? Can we look at the human story, as it were, from outside? 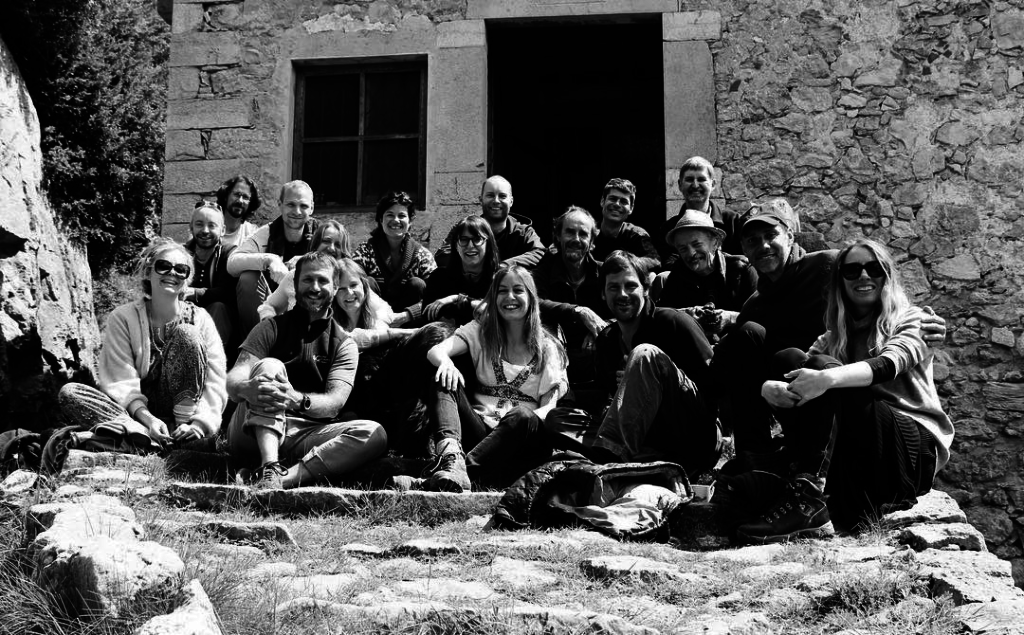 Participants at The Shadows of the Wild, Spain 2015

With Way of Nature

A week’s course for 20 explorers held in the mountains of the Spanish Pyrenees to escape from the pressures of modern life and spend time considering the world as a whole, our place in it, and where we are all going now.

The course was a guided journey into wilderness of many kinds: hiking to a high mountain base and from there to go out on adventures that look to truth, to grief and to hope within our souls. The aim of the week was to consider, and seek to address, the challenges of living in an age of mass extinction and climate change.

Way of Nature supported this intellectual journey by providing tools to reconnect with ourselves and with nature and to open up to all of our senses and to travel out on a 24 hour ‘solo’ – a personal expedition to a special place in the wild.

Read Brian Calvert’s reflections on this course in his essay, ‘Confronting Despair in the Age of Ecocide‘.

Fire and Shadow – Scotland and Romania, 2017

A experimental eight-month programme with Paul Kingsnorth and Way of Nature that took people out into wild areas and focused on the big questions in our lives and in the world.

A group of people were asked: how might we take the first steps in that 5000 year journey to reverse the effects of war? What values do we need? How should we live? How do we step back from the battle and still remain engaged in the world? What do we see when we look into the darkness?

In the course of two week-long retreats in wild parts of Scotland and Romania, connected by online and ongoing conversations over eight months, the aim was to  come up with the answers to these questions and others.

For more on the background to Fire and Shadow, read ‘What If It’s Not a War?’ by Paul Kingsnorth.

I stood transfixed in the darkness, watching the storm and grinning like a lunatic, a tiny living part of a beautiful, heartbreaking world.
— Brian Calvert (Shadows in the Wild) 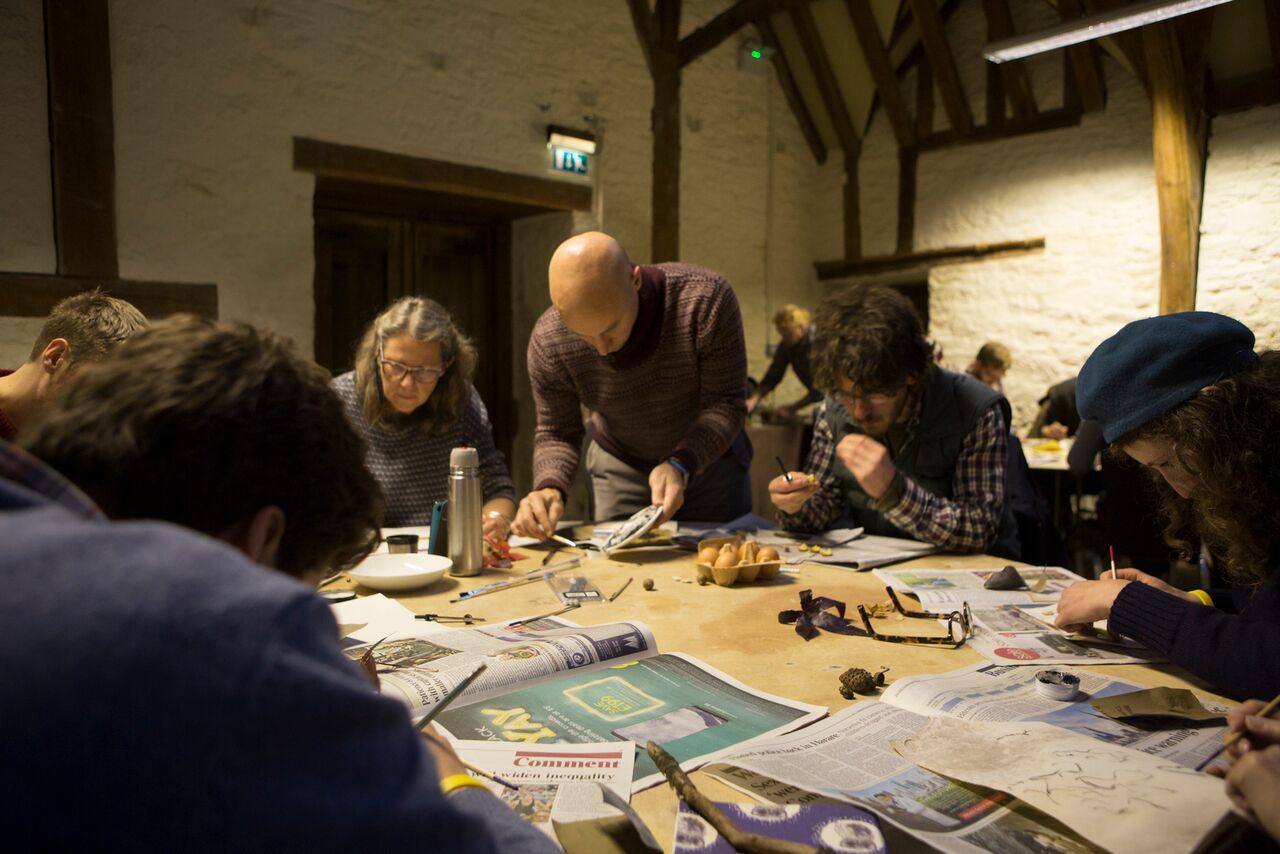 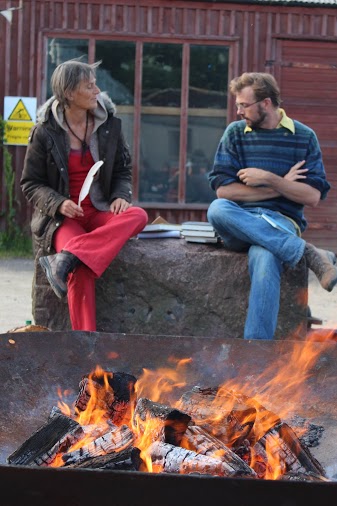 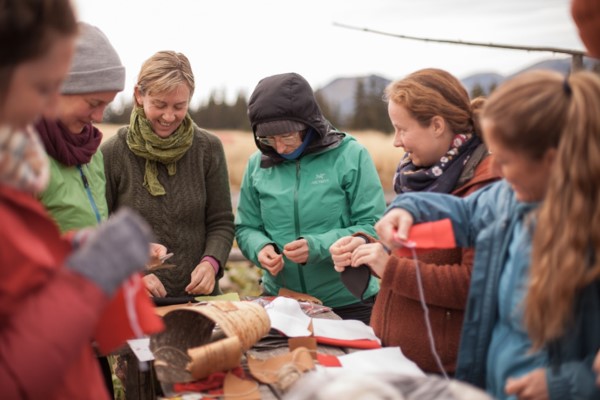 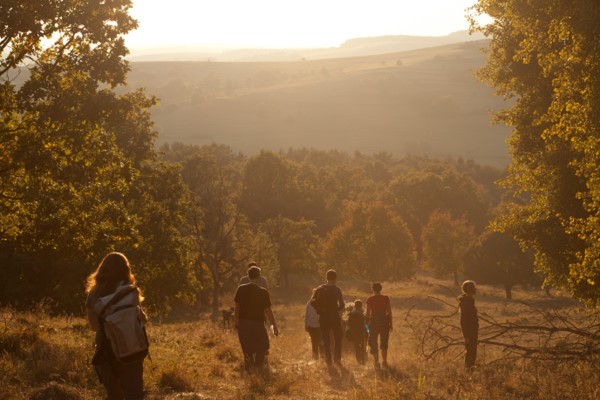 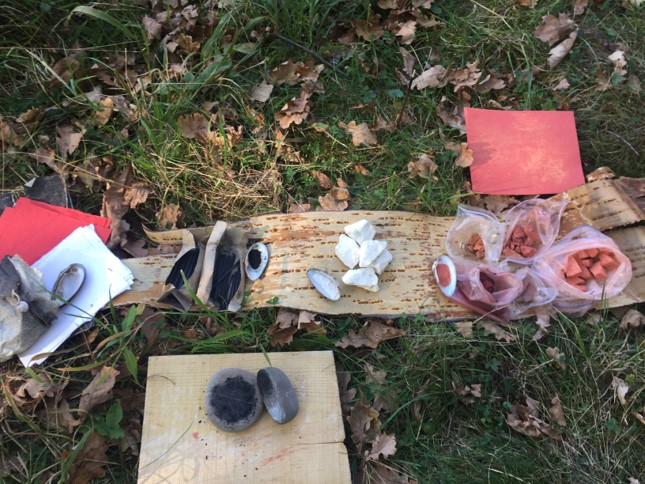 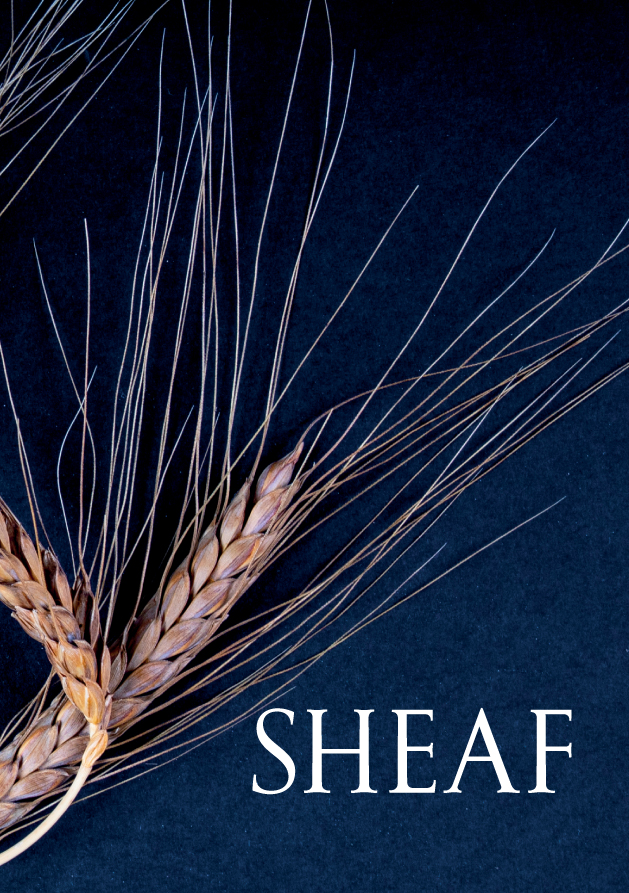