Behind the books and the website, there is a small group of people who hold this project together. We don’t have an office, we’re scattered across several countries, and none of us works full-time with Dark Mountain: we are all freelancers, fitting our work here around the other jobs that help to pay the bills. But each of us got involved with Dark Mountain because something here called to us deeply.

This is the core team, the people who are currently involved with the running of Dark Mountain from month-to-month. 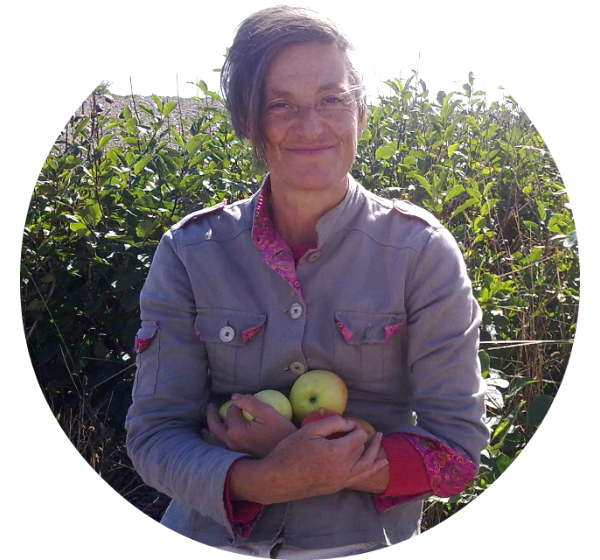 Charlotte Du Cann (co-director) is a core member of the Dark Mountain team, responsible for both editorial and operational aspects of our work. She is the editor for our online publication and has written for many issues of Dark Mountain, organised events, and as our first art editor she shaped the visual language of the books. Once upon a time, Charlotte was a lifestyle journalist in London, specialising in food, fashion and design. Then she spent a decade travelling, mostly in the Americas, before settling in Suffolk to write a series of books about reconnecting with the Earth, starting with 52 Flowers That Shook My World. 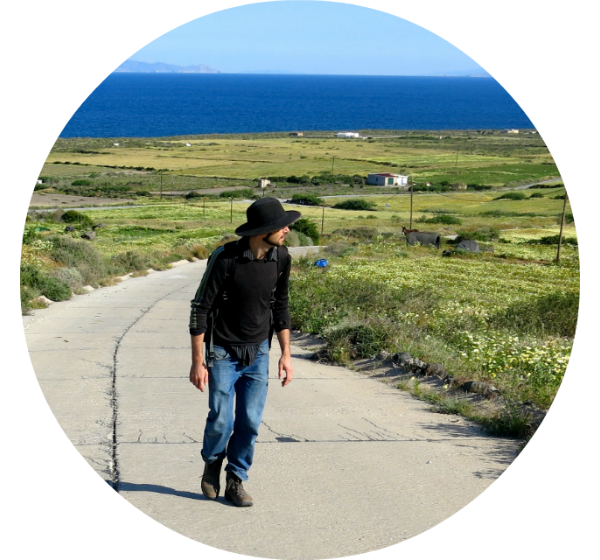 Nick Hunt (co-director) is an editor, contributor and part of the core organising team. His involvement with Dark Mountain began as a writer of fiction: two of his stories, ‘Loss Soup’ and ‘To the Bone’, appeared in our first book, and he joined the editorial team from Issue 4. Nick’s first book, Walking the Woods and the Water, is an account of a walk across Europe in the footsteps of Patrick Leigh Fermor. This was followed by Where the Wild Winds Are, a journey along the invisible pathways of four of Europe’s great winds. His latest book is The Parakeeting of London: An Adventure in Gonzo Ornithology. 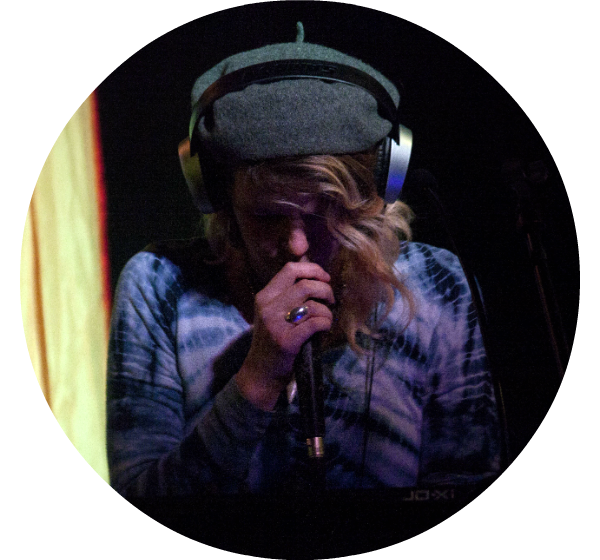 Ava Osbiston found her way to Dark Mountain as a student at the University of East Anglia. She became part of a group that met regularly in Norwich, The Dark Marshes, and went on to write her undergraduate dissertation as a case study of the project. In 2015, she became our editorial assistant, responsible for handling incoming submissions and building up a team of readers. She also helps to coordinate events and book launches for the project and is responsible for the Find the Others online strand. Ava is fascinated with creativity in its rawest and most authentic forms. She plays improvised soundscapes and is a painter and a maker of up-cycled crafts and costumes. 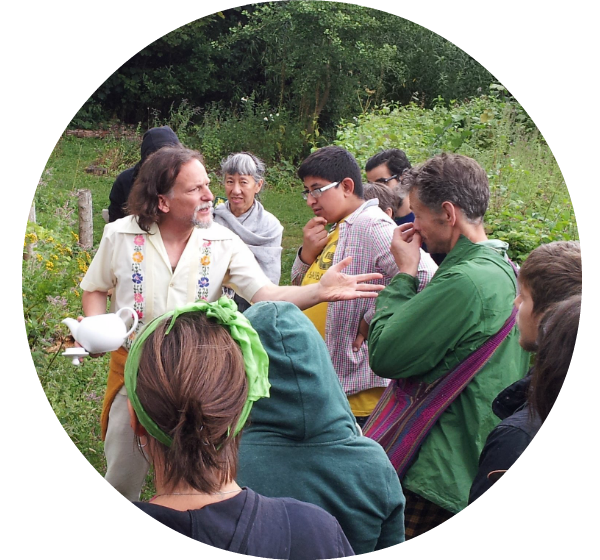 Mark Watson is our subscriptions manager, the person who will be in touch when you subscribe to our books or if you need help with an existing subscription. He is also the main proof-reader for many of our books. Together with Charlotte, he is responsible for housing the stock of Dark Mountain books, which live under the stairs of their cottage in Suffolk. Visitors to Dark Mountain events may remember Mark’s plant medicine walks, or his dynamic demonstration of how to make mead at the launch of our Technê issue.

In addition to the members of the Publishing Collective, we have a pool of editors who have worked on one or more issues of Dark Mountain.

Cate Chapman’s poetry brought her to Dark Mountain, starting with ‘Protest Poem’, published in Issue 6. She joined the editorial team for Issue 10: Uncivilised Poetics and has gone on to work on Issue 11 and as poetry editor on Issues 13, 15 and 16.

Sara Hudston has written non-fiction pieces for the website and contributed to issues 13, 14 and 15. She was one of the editors for Issue 15. She lives in rural Dorset.

Thomas Keyes has been a contributor to Dark Mountain since its second issue, when we published his recipe for October Black Isle Pheasant Stew. His essays and artwork featured regularly in later books. Then in 2017, he came on board as lead artist and art editor for Issue 12: SANCTUM, making parchment from the skins of roadkill deer and bringing together a team of artists, somewhere between a monastic scriptorium and a graffiti crew.

Mat Osmond’s illustrated poems featured in the first two issues of Dark Mountain and his words and images have travelled with the project ever since. In 2017, he joined the team for Issue 11 as a guest art editor. Mat is based in Falmouth, Cornwall.

Eric Robertson’s story Wet Sage and Horse Shit opened Issue 4 of Dark Mountain. Based in Salt Lake City, he is one of the founders of the journal saltfront, who have been known to describe themselves as the Ramones to Dark Mountain’s Sex Pistols. In 2018, he joined the team to edit Dark Mountain: Issues 13 and 15.

Bridget McKenzie has contributed to various issues, and was the guest art editor for Issue 15. She has been director of Flow Associates since 2006, following 14 years in roles managing cultural education, including Education Officer for Tate and Head of Learning at the British Library. She is a trustee for ONCA, adviser for Culture Unstained, an initiator of Culture Declares Emergency, and the founder of Climate Museum UK.

Tom Smith’s essay The Focal and the Flask: Vignettes of a Philosophy of Technology had been published in Issue 6, so when it came to putting together a team for the following autumn’s Technê special issue, he was a clear choice. Since then, he has gone on to be a member of the editorial team for Issues 9 and 13, fitting his work with Dark Mountain alongside completing a PhD at the University of St Andrews.

Steve Wheeler came along to an early Dark Mountain event in a treehouse in Regents Park in the summer of 2009. After contributing to the early books, he joined the editorial team for Issues 6, 7, 8 and 11. At a Steerers’ meeting in 2014, he raised the idea of a special issue on the sacred – and three years later, he worked with Dougald as lead editors for Issue 12: SANCTUM, which grew out of that idea.

In addition to the usual editorial roles, Issue 12: SANCTUM saw the appointment of two Marginalians, a role created and exercised by Sylvia V. Linsteadt and Rima Staines. Both longstanding contributors to Dark Mountain, they filled the margins of this special issue with a commentary in words and images, before claiming the final pages of the book as their own.

The work of the editors is supported by the efforts of our readers, Harriet Pierce and M.E. Rolle, who work alongside Ava to read all submissions to the books. Every submission is also read by at least one of the book’s editors. In addition to this role, Harriet also worked alongside Charlotte as assistant editor on Issue 13.

Over the years, our books have benefited from the keen eye of various proofreaders. As well as those who have also worked in other editorial roles, these have included Iona Hine and Alice Martin.

The Steerers collective is made up of some of the longest-standing members of the Dark Mountain team. In addition to those already mentioned, it includes Dougie Strang. After coming to the first Uncivilisation festival, Dougie invited Dark Mountain to Scotland for the first in what would become a series of Carrying the Fire gatherings. He has taken Dark Mountain into the borderlands of live art, theatre and ritual, creating events and performances that linger in the imagination.

As this project approaches its second decade, it owes a debt of thanks to those who went before and whose work has made its continuing existence possible. The following are among those whose contributions deserve acknowledgement. 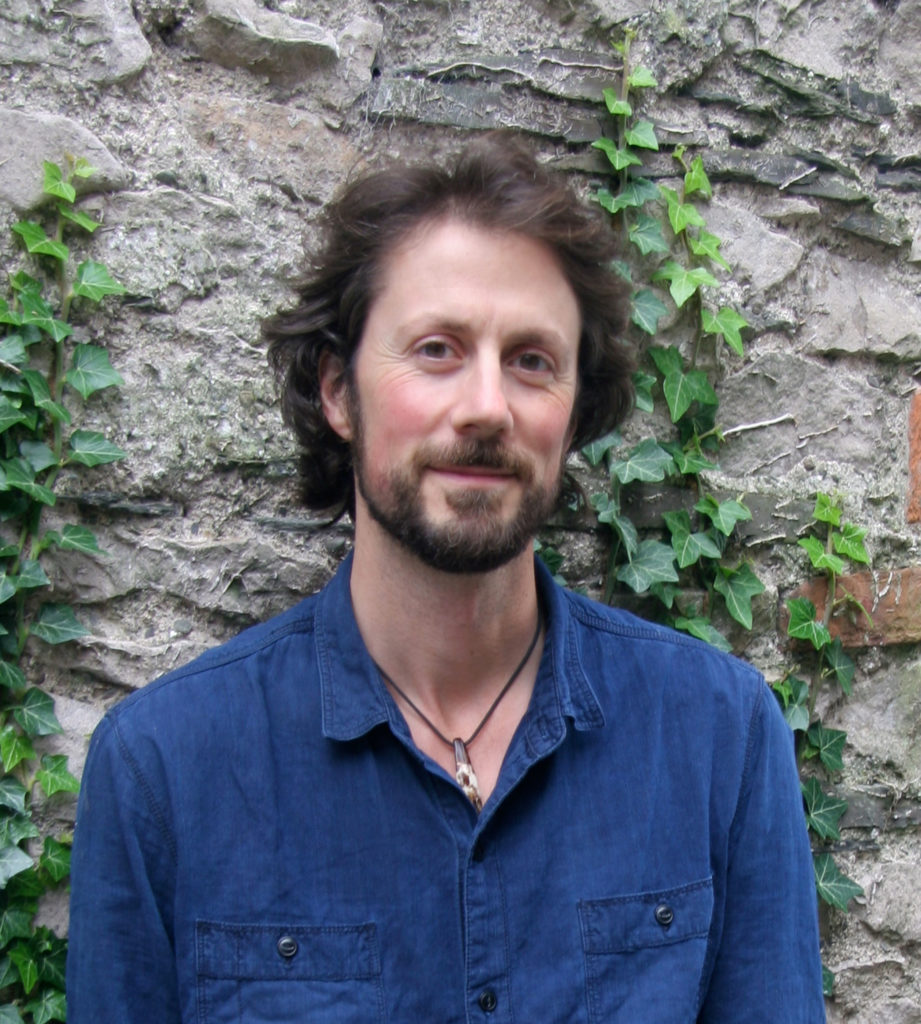 As the project’s co-founder and the person who first caught sight of the possibility that became Dark Mountain, Paul Kingsnorth’s contribution to this project can hardly be overstated. In our early issues, he charted his journey as a ‘recovering environmentalist’ through a series of widely-discussed essays which were, for many readers, the gateway to this project. He carried the weight of running the project in its early years and served as an editor on our first eight books. In 2017, he decided it was time to lay down his responsibilities at Dark Mountain in order to pursue new projects. 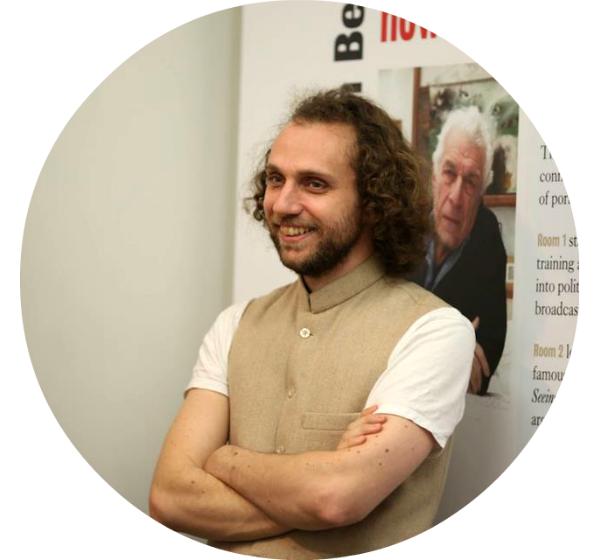 Dougald Hine is co-founder of Dark Mountain. He was responsible for developing the organisation of the network and setting up new projects. Together with Paul Kingsnorth, he wrote the manifesto that brought this project into being, and he was an editor for the first five books, returning in 2017 for the SANCTUM special issue. Originally from the northeast of England, these days Dougald lives in the Swedish city of Västerås. In 2018, he and his partner Anna Björkman launched HOME: a school for culturemakers.

Michael Hughes played an essential role in the early years of this project. The first Uncivilisation festival was his initiative and he took responsibility for developing a longer-term plan for events, as well as starting to set us on a sufficiently business-like footing to go on doing the work this project exists to do. If Dark Mountain has survived well beyond the life-expectancy of the average small literary journal, Michael’s advice in the early years played no small role in that.

Adrienne Odasso’s poetry appeared in the first issue of Dark Mountain and she spoke at the inaugural Uncivilisation festival. Soon afterwards, she became the third member of the editorial team, working on Issues 3, 4 and 5, broadening the range of voices which found their way into our books.

Em Strang was another early contributor to Dark Mountain, with her poetry featuring regularly in the books from Issue 2 onwards. She served as a member of the Steerers collective and from Issue 6, she became our first specialist poetry editor. Over the issues that followed, her focus broadened the range of poetry finding its way into our books, culminating in her work as lead editor for Issue 10: Uncivilised Poetics. 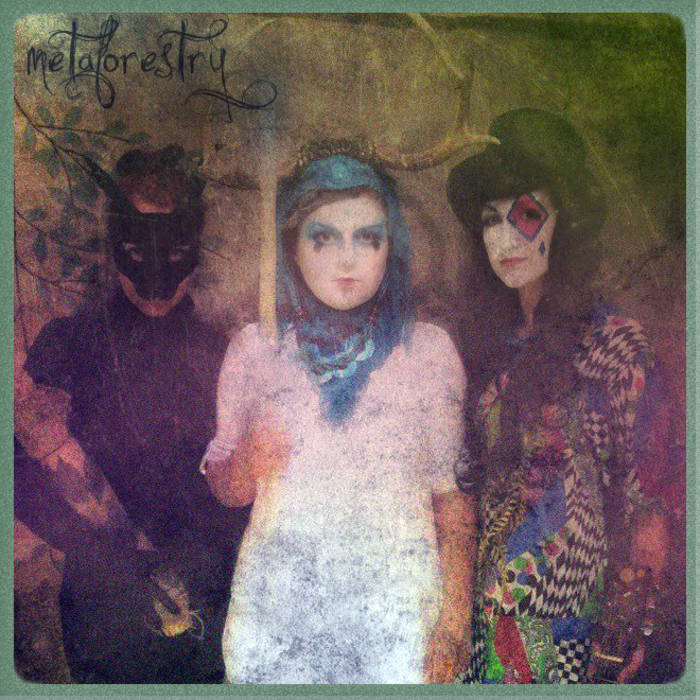 Sophie McKeand came to manage our second festival in 2011 and stayed on to become the first editorial assistant at Dark Mountain, supporting Paul and the rest of the editorial team. Besides handling a growing administrative workload, she also contributed creatively to the project, with her poetry appearing in several issues of Dark Mountain and her band Metaforestry playing at Uncivilisation.

Marmaduke Dando played at the launch of the Dark Mountain manifesto and went on to curate the memorable Powerdown evenings at Uncivilisation, as well as serving on the Steerers collective. He was responsible for bringing together From the Mourning of the World and Reading the Ashes, two compilation albums of music from artists associated with the project, as well as producing the Uncivilised Poetics CD that accompanied Issue 10 of Dark Mountain.

The Dark Mountain logo was created by the artist Steven Levon Ounanian, an early friend of this project. He also gave a memorable performance of his poem, ‘God’s Own Drunk’, at the close of the manifesto launch.

Laurence Lord‘s artwork has appeared in several issues of Dark Mountain. He was also single-handedly responsible for building and maintaining the earlier version of the Dark Mountain website (2013-18), an essential contribution to the project. He has handed on that responsibility, but the pen-and-ink drawing that you will find in the footer of the present site is his work.