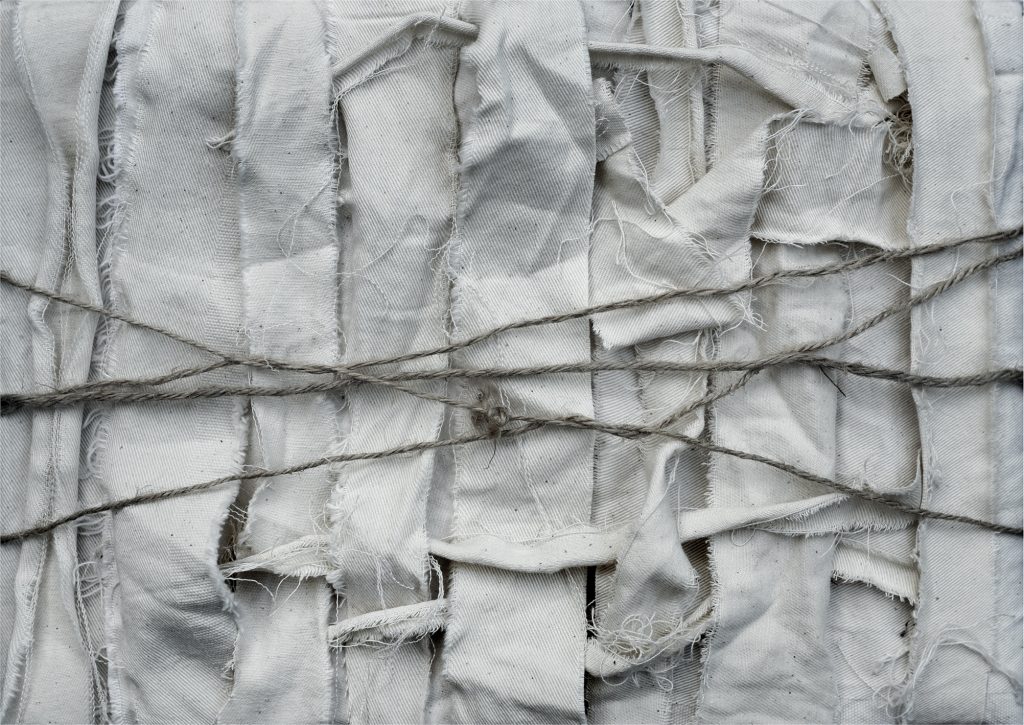 It's OK to Look by Graeme Walker
The Editors
Share

In 2019, an Icelandic glacier became the first more-than-human entity to receive an obituary in the UK press, with the headline ‘the last of ice’. The disappearance of Okjökull was newsworthy, but it is expected that in the next 200 years all Icelandic glaciers will follow the same pattern. With escalating reports of species extinction, the loss of habitats, and now a pandemic, many people are waking up to the grief and loss that have threaded through the Dark Mountain Project since it began. During a decade of descent, the books have appeared like small arks bobbing on a dark ocean, holding the beings and places we wish to preserve close to our hearts – containers for creative work that mourns both ecological and cultural collapse and celebrates the beauty of a vanishing world.

The scale of the loss of life struck home last year when the Covid-19 virus stopped the world, as city streets fell silent, airports emptied and skies cleared. The invisible microbe threatened not only our bodies, but the foundations of our philosophies and global economies. In lockdown households everywhere, people began to ask questions they had formerly been too busy or distracted to formulate: what really matters in life? How can we properly lament what has gone?

This book, shrouded, like a moth inside its cocoon, sets out to hold ways to collectively mourn the loss not only of our fellow humans, but the wild world that has always succoured us. Our forebears knew the effect the dead have on life and the importance of grieving, of keeping the dead close. Ancient burial chambers, barrows and tumuli housed bones and knowledge, rooted in time and place, that could be bequeathed to the living. These ancestral places still hold a resonance for us that a modern mortuary or crematorium can never give.

For many indigenous people, death requires an honouring of those who came before and those that will follow. In an interview with Christos Galanis, Stephen Jenkinson discusses the cultural fragmentation of North American settlers and ‘the unwillingness of young people to see themselves as legitimate and necessary and mandatory heirs of the people who precede them.’ This lack of inherited knowledge manifests not only in human lineages, but in far-reaching aspects of culture – mythos and ritual, the loss of names and languages, the disappearance of towns and landscapes from maps and memory in the wake of boom-and-bust economies or ecological tragedy. Chris La Tray’s work on his Metis ancestry illustrates how the disappearance of these rituals is a double loss, one that includes an entire way of relating to life and its counterpart, death, while Kathryn Edwards’ exploration of Dagara funerals reveals how through participation in such practices, we come to see that a healthy response to a ‘radical event such as a death is not a singular activity but a communal one.’

A culture that has no access to an Underworld, nor the wisdom of its ancestors, is one that has no capacity for regeneration

It is also to understand how the world renews itself. A culture that has no access to an Underworld, nor the wisdom of its ancestors, is one that has no capacity for regeneration. Regeneration does not come from an entropic, linear world, but out of the death-life-death cycle that nurtures all Earthly forms. As modern people we lack a moral and mythic structure for our living here, the debt we need to repay as part of this cycle. Who now sees Maat waiting in the wings with a feather to weigh the heart? However, there are still those trying to bring some of this renewal to the practices around death. Weylyn Wolfe’s essay  documents his role as a hospice worker in Silicon Valley, where he guides the dying through ancient thresholds amidst the epicentre of our technocratic, rational Western culture.

Although many of us lack the mourning ceremonies that might express our collective grief, all of us stand on the bones of the dead. Anna Hatke writes of burying her young daughter in the ‘world-wood’ behind her home only to discover a long-forgotten slave cemetery amidst the periwinkles. And it is not only the people who passed before us we need to mourn. Within industrial societies, we are told to accept the poisoning of rivers, the clear-cutting of forests, the decimation of indigenous cultures and languages, as by-products of so-called progress. Such losses are reduced to little more than points in an analysis of risk and profit, fodder for Feeding the Beast of Big Data that drives the protagonist/antagonist in Edward Freeman’s story.

In counterpoint, this Dark Mountain issue joins art.earth’s symposium ‘Borrowed Time: on death, dying & change’. This gathering and related events are taking place until November 2nd this year, as a physical and online space designed to explore insights around end-of-life care and death practices and share healing rituals for both people and the land.

The task, as this forum’s literary twin, is to find the words and images that mark the loss in ways we might have forgotten but still lie deep buried within us: how we might, like Caroline Ross, fashion our own Grave Goods out of deerskin and bronze, occupy the Houses of the Dead as in Fawzia Kane’s poems, and bear witness as Stephanie Krzywonos does, watching a penguin walk to its death in the arid Antarctic interior. How we can encounter the currents of the mythic beneath the ordinary world on a South Dakota highway as Samantha Wallen reminds us in The Death Mother.

This book itself might function as a memorial for cultural practices. Its covers hold memories and experiences in the same way that cairns, crypts and columbaria are constructed to house bodies. Ringed by the ashes of the burned forests of Australia and the Americas, entwined with the now-vanished tree roots of Deru Anding’s native Borneo, this issue enshrines the broken bones of dead creatures, reconfigured in ceremonial staffs by Jim Carter or intricately observed drawings by Kathryn Poole, the fallen feathers of the gyrfalcon, the wren and the black grouse, the testimonies of ancient grains and antediluvian fossils, remembered leaves of roseroot from Greenland and milkweed seeds from Ontario, the sharp scent of Mexican marigolds that light our way to the Underworld.

Rites of passage exist in our collective memory, across centuries and continents. The mystery schools in the ancient world, and initiation and medicine work among indigenous peoples all instruct us that no change happens until you enter a ritual space where you can die to your former self and your outdated practices. And that no one is fully human, and the world does not get into balance, until this chthonic journey begins.

The writer and philosopher Bayo Akomolafe, in conversation with Charlotte Du Cann, calls this space of transformation the ‘sanctuary’, a place apart from the clamour of the world, where we can sit with its troubles and confront our collective shadow, ‘gatherings where we touch the traces of our unbecoming and find ways to notice where we are falling apart.’

Before news outlets picked up on Okjökull’s disappearance, the loss was marked by a small gathering of humans on the vast volcanic rocks that had for so long been compressed beneath its deep blue ice. A memorial was installed by human hands, and the author Andri Snær Magnason read a eulogy. The title of Magnasson’s composition suggests that death might provoke something beyond an obituary, that an ending is also a communication with other cycles, other worlds and possibilities: he called it ‘A Letter to the Future’. 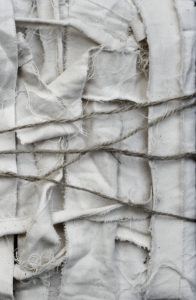 I wanted you to know you were being handed a Book of Dead, so I made a scale model of one, wrapped it in a shroud of torn cotton fabric, bound it with jute yarn – both ancient materials – and photographed it as I would an archaeological find, or a museum exhibit.

There are few among us who are bold enough to return death’s gaze with ease. Yet as with mortality (and our fear of it), which appears at first inscrutable, enshrouded, intangible, this book is painlessly opened, bound with nothing more than ideas. To those intrepid explorers who stand at the threshold of our only certainty, the title of this photograph offers the following encouragement: it’s OK to look.

Graeme Walker is an artist working in painting, poetry, sculpture, performance, photography, collage, sound, web, print, and more. His work seeks to provoke dialogue around humanity’s relationship with nature and mortality and the processes through which culture both inhibits and releases agency. graemewalker.art

Sarah Gillespie studied 15th- and 16th-century methods and materials at the Atelier Neo-Medici in Paris before going on to Oxford University to read Fine Art at the Ruskin. Her work is widely collected both in the UK and internationally. She continues to exhibit the Moth Project around the UK and has co-produced a book with Alice Oswald and Mark Cocker to accompany the mezzotints. sarahgillespie.co.uk

We are celebrating our latest issue with an online launch tomorrow Friday 16th April at 19:00 BST. do join us. All details about the event can be found here: https://dark-mountain.net/events/launch-of-dark-mountain-issue-19/