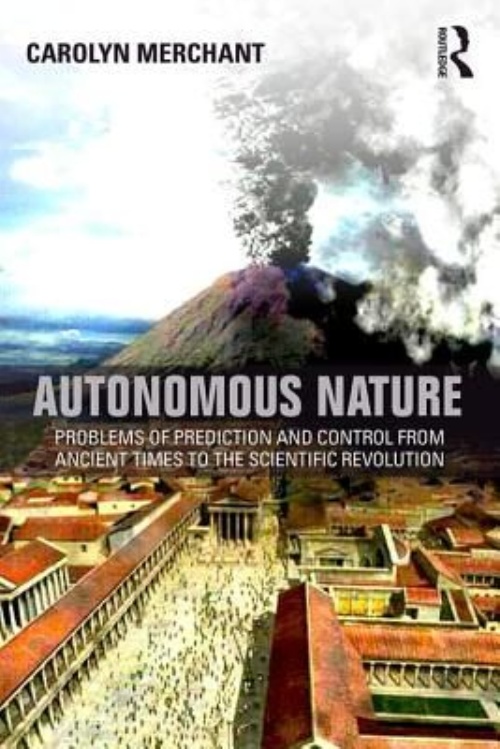 Tom Smith
has edited and contributed to numerous Dark Mountain books. In 2013, he co-founded An Teach Saor, a land-based community in the west of Ireland. He currently researches economic alternatives in the Department of Environmental Studies at Masaryk University.
Share

There is in all visible things an invisible fecundity,
a dimmed light,
a meek namelessness, a hidden wholeness.
This mysterious Unity and Integrity is
Wisdom, the Mother of all, Natura naturans.

Two men huddle against the rain in the west of Ireland and use a sledgehammer to pound nine-foot stakes into the squelching, saturated winter soil. Some stakes go in straight, but most, like this one, tilt slightly in the damp. It will have to do. They continue.

Once the field perimeter is marked by stakes they unfurl a roll of chicken wire, bending the base of it out about a foot, to prevent deadly intruders from digging beneath. Foxes, pine martens, mink. The latter have spread across the country after escape – or was it release? – from fur farms.

Above the tight mesh of the chicken wire goes a second layer of fencing, this time to keep out deer. Their trails criss-cross the roads around here and the damage they can do to expensive trees, with the light of dawn, is immense.

There is a saving grace. This is one of the few areas of the country where grey squirrels have yet to spread. Should they appear here, five years, ten years down the line, however, trapping may be the only option.

A year passes and, of course, a pine marten works his way into the enclosure, beheading the defenceless, terrified chickens. There’s blood and shit and feathers everywhere, and the men resolve to give up on poultry. The trees, however, remain safe for the time being, the deer kept at bay.

Whatever this troubling word nature may mean, it is an unruly force. Whether the precarious existence of a smallholding, described above, or the unpredictable debris emitted as a result of subatomic collisions deep under the Swiss soil at CERN, human control appears forever limited and ephemeral.

The human ape does, however, excel at bending natural forces to its will, with astonishing precision. Just as fences temporarily keep wild fauna at bay, so does locating the vast Large Hadron Collider five hundred feet under Geneva protect it to the required extent from natural radiation and muon particles. All the while, baffled scientists huddle safely behind computers creating temperatures 100,000 times hotter than the centre of the sun, momentarily at least.

At a much higher level of abstraction, these are the issues confronted by Carolyn Merchant in her new work Autonomous Nature. Her classic early book, The Death of Nature: Women, Ecology and the Scientific Revolution (1990) drew influential links between the rise of a mechanistic worldview amidst the scientific revolution and the historic subjugation of women and the non-human environment. Now she looks beyond the dawn of modernity, to the treatment of order and disorder in environmental and philosophical thought throughout history, focusing primarily on the interplay between natura naturata, nature as moulded and created, and natura naturans, nature as a productive and unruly force.

The book’s first section, itself titled ‘Autonomous Nature’, begins amidst ancient volcanic eruption, earthquakes and pestilence, highlighting the gradual emergence, from the time of Plato and Aristotle to the Christian theologians of the medieval era, of an idea of order and controllability from within this life-threatening chaos.

However, in spite of this emergence Merchant notes the always dialectical, and often downright conflicting, relationship of natura naturata and natura naturans:

Upsetting this trajectory…intervened the Renaissance dichotomy between a personified Nature acting as God’s instrument versus a recalcitrant Nature acting not in accordance with God’s plan, but on “her” own, creating the problem of how “she” could be managed. By the time of the seventeenth-century Scientific Revolution, natural philosophers would respond by developing the idea of controlling a free, recalcitrant nature through the laws of nature and a disorderly society through natural law. (57)

Thus the scene is set for Part II, ‘Controlling Nature’, in which the pestilence and disorder of civilisation doesn’t disappear, but is backgrounded – pushed from the psyche with increasing confidence. Gradually, the world is hollowed out and we encounter the full-blown rise of a dead, predictable and mechanical world, an orderly gift from a benevolent and transcendent God, amenable to vexation and instrumentalisation.

Summarising the view of Leibniz, from his debates with Newton, Merchant writes, ‘God created the world at the beginning of time as a logically perfect world that required no further tinkering or intervention’. After all, ‘the need to intervene would mean that God was an imperfect deity’ (137). Today, of course, the situation is slightly amended. What remained of God in Leibniz and Newton’s early scientific vision has long been banished, of course, and the human species takes its place as a new proto-deity, called on to intervene in a world which struggles to cope with our vexations.

The predominance of rationality, logic and knowability maintains a presence right up to the present day, of course, but Merchant concludes the text with a chapter entitled ‘Rambunctious Nature’, alluding to what can be seen as the re-emergence of recalcitrance in nature. The rise of relativity theory and quantum mechanics in the early 20th century, coupled with theories of chaos and complexity in the second half of the century and the unforeseen consequences of industrialisation – the bursting forth of climate tipping points and diseases spread by globalisation – results in a new paradigm ‘based on natura naturans as the active, creating, but also unruly and unlawful nature that challenged lives and livelihoods from Greco-Roman times to the present’ (150).

This story of new paradigms has been told before, of course, foreseen decades ago by writers of the 1960s counterculture, apparently to little avail. Its repetition up to the present perhaps belies the reality that paradigm changes themselves can’t be predicted, ushered into existence, or even recognised consciously when you’re in their midst. So too will the ‘partnership ethic’ put forward by Merchant in this final section be a familiar sentiment for many, holding that ‘the greatest good for the human and nonhuman communities is in their mutual living interdependence’.

The subtle detail in such a short book is remarkable, with its extensive footnotes as rich as the text itself for exploring the conflicting and contradictory stories told over millennia regarding our relationship to the cosmos. Its true wisdom, however, lies away from seemingly obligatory concluding discussions of hopeful ‘partnership ethics’ and new paradigms. Instead it lies in the more intangible and revelatory hints towards the notion that, to take the words of Paul Feyerabend, in such a fecund and overflowing universe ‘Ultimate Reality, if such an entity can be postulated, is ineffable’.

Drawing on the poetry of Gary Snyder in her epilogue, Merchant poignantly notes, similarly, that ‘there is no single concept of nature; it embraces everything that is fluid, changing, and mysterious. Ultimately, however, to “know nature” on earth is to live within it and to revere it in every way’ (156). In this age of clamour and ecocide, any sign of reverence would be welcome, while few are apparent. Merchant’s book, at least, harbours perennial wisdom for a culture which is not yet here, but which has, it seems, never been far away.