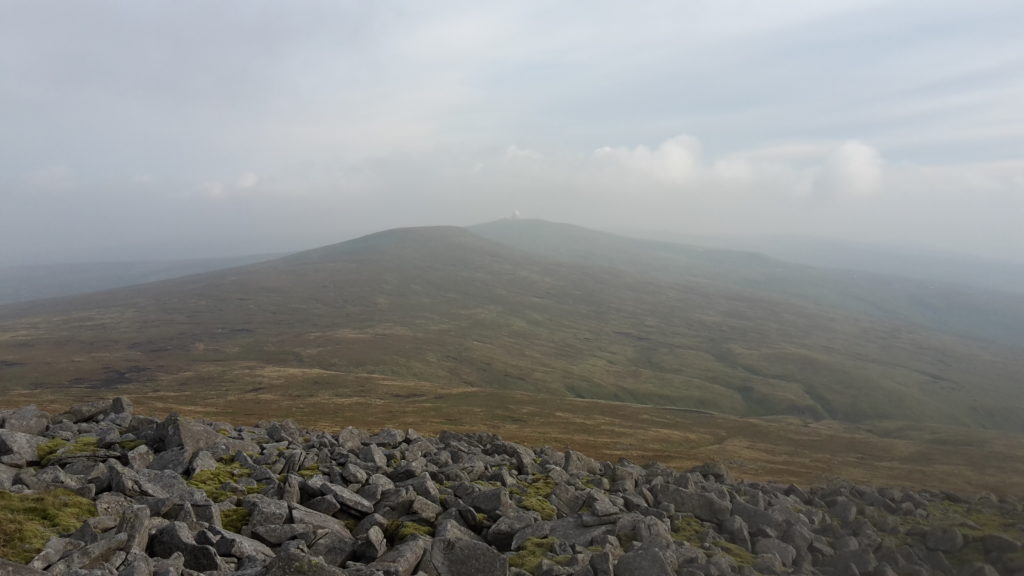 Paul Kingsnorth
co-founded the Dark Mountain Project in 2009, and was one of the project’s directors until stepping back in 2017. His books include the Man Booker-longlisted novel The Wake and his collection of Dark Mountain essays Confessions of a Recovering Environmentalist.
Share

My second novel, Beast, was published this week by Faber and Faber. It’s the story of a man alone on a wild moor. Who he is, where he came from, why he came and what he is there for are questions that may or may not be answered. But it turns out he is not there alone. Something is out there, and he is hunting it. Or it is hunting him.

Like all my fiction, Beast is trying to fulfil some of the demands which I myself laid out in the Dark Mountain manifesto (if I don’t make an effort, who will?) That is to say I am trying to write with dirt under my fingernails, I am trying to pull my sensibility, if not my body, outside the bounds set for it by my civilisation, and – crucially in this case – I am trying to take seriously the notion of the non-human world as a living, breathing thing with which we have a relationship, whether we know it or not.

I’d better not say much more. Novels are for reading, not explaining. If you’d like to find out more, about the book, you can do so here. In the meantime, here is an extract…

I wanted to go into the church. I wanted to be entombed by the cold stone to get out of this heat to sit in an empty pew and ease myself. I wondered if I could work the anger and irritation out of me and have the old stale air of that place carry it away through the stained glass and out into the whiteness. I wanted to go in but I stayed outside. I had come here to watch. I sat down with my back against the trunk of the ancient yew in the churchyard. From there I could see out onto the lane to the place where I had seen it and for some way on either side. If it came back here I would not miss it.

The yew must have been centuries old it was hollow at the centre and the wood I was leaning on had been twisted and gnarled by the ages. Its green needles were thick above me its berries scarlet. I drank more water. I said nothing to myself or to the tree or to anyone I could dream of or think about. I just sat and I watched the lane and the hedges and the fields and I listened for any sound and there was none. Nothing happened.

I sat and watched the lane and the hedges and the fields and nothing happened for hours or what I thought must have been hours. I had no watch and so time was nothing not even a concept time was nothing and nothing happened. When you sit like this you realise that nothing has its own energy that it moves that nothing can happen like an event or an episode. Nothingness extends itself emptiness moves and when you stare into it things happen to you. I sat with my back against the yew and I looked across the churchyard wall over to the lane. Inside me the worm was still coiling though it was moving more sluggishly since I had settled down.

At the end of the hedge where it curled around the corner of the lane and disappeared out of my sight was a tree. It must have been fairly young it had a thin trunk and its slender angular branches hung over the lane. There were no leaves on it so it was hard for me to tell what it was. Maybe a beech maybe an oak. If you sit looking at anything for long enough then everything else fades from your vision and all you have is what you are staring at. I was staring at a small knot above the biggest branch on this tree. Its trunk was black and it was bare in the white heat and suddenly I saw what terrible things trees are. They sprout up from the Earth they reach out in all directions they reach out for you they will smother you they will never stop growing and dividing and colonising. They are so fecund there is no stopping them. Chop them down burn them they always come back up they stretch to the sky these thin green fingers they are indescribable. They are just waiting there waiting everywhere for us to fall and then they will come back and they will grow over everything they will suck it all in and take it up to the sky in their thin fingers. Their roots will wrap around all that we were and our lives will rot down in their litter and theirs will be a silent Earth of roots and leaves and thin grasping and there will be no place for us in their world at all.

Then I remembered a man who would go out every morning and look at his trees. I didn’t know who he was or where I remembered this from but it felt like a memory and it came to me as I stared across at this tree in the lane. He was an old man he wore a tweed jacket and a flat cap and he planted trees. Perhaps they were fruit trees. I remembered that this man whenever I passed he would be in his garden walking slowly between the trees shuffling between them and inspecting them looking at every leaf turning the blossoms over smelling them sometimes. What goes on in the head of a man who looks at trees like that? He did it for years perhaps he had always done it perhaps he is still there doing it now. What went on in the head of someone who could do that same circuit every day for years forever? Why couldn’t I do that? Who was he that I was not? Today the thought of his circuit the thought of his silent circuit of the trees filled me with horror. How much I hated trees how much I feared things that grew. I was surrounded by trees surrounded by things that grew surrounded by this horrifying green abundance and it all wanted to swallow me and it was so silent so slow it spoke no language I could understand. How I hated it how I hated it and how I wanted to run.

I stopped looking at the tree. I found myself back in the churchyard leaning against the yew but now the church seemed to loom behind me like some presence. Now that I was aware of it I couldn’t put it beyond me I wanted to turn to look at it to make sure it wasn’t moving towards me coming to claim me. Now the church felt like a threat. What if God was a tyrant? The Bible’s God is a tyrant he destroys worlds because people won’t obey him he flies into rages and floods everything he burns down cities he slaughters children he hands down rules which must be obeyed by all and for eternity. He sent his son to die for us and he demands our gratitude for this though we never asked for it he demands that we gather in squat stone buildings and sing his praises if he is not to flood and burn us again. God the Father of all the men who feared their fathers over the centuries all the men who built up his church and who feared their fathers and whose sons feared them.

And outside the church where they go to worship God is god humming in the air god who is the air the unmeasurable and strange thing. This god who is not in books and did not live or die and is not a father or a mother and will not be obeyed and will not be denied. god who is the molecules and the air and the trees this forcing light this strange light roaring out. Before words before language before thought before speaking everyone must have been able to see this clear white light. Now it is all clouded. But you can make the cloud fall away or it can fall without you and then you can see again what is underneath the trees the soil the ideas the opinions what was always underneath them. The light has nothing for you it makes you no promises. It is in the small things it is in the tiny things we walk over and past the tiny things that run the world and we never see them because we believe we are running it ourselves and we are walking past to lay our claim on it first. The beetles the bacteria the earthworms the centipedes the viruses the mycelium the seeds lying dormant in the soil waiting for us to burn ourselves out. For the meek shall inherit the earth.

I was a stranger here I could see it now I was a foreigner an invader an immigrant and they were turning on me. The trees the hedges the beetles the things that live in the soil they were turning on me hissing at me they wanted me out they wanted me gone. The anger inside me had shifted and now it felt like a fear like a great anxiety. I felt all alone in the world I knew there was nothing here for me nothing at all. A bottle of water a walking stick a pair of boots was all I had between me and the trees the grass the gods and the gravestones and they all wanted me gone they were coming for me. This was their world and they would take it back they would take it back from me soon there would be no lane here no church no paths I could see the future and in it was nothing but trees nothing but the things living in the trees and in the soil a great silent green orchestra spread across the whole of the world. I had walked out too far. I had walked to this lonely place and now I was surrounded and they would eat me.

I had to leave. I had not seen what I came for but I didn’t want to not now. It was ridiculous it was impossible it was nothing. I raised my stiff body up and I began to walk back up the lane towards the farm. I carried myself across the moor as fast as I could but it was not fast I leaned on my stick and my rhythm was awkward and all across the moor I felt there were things in the heather surrounding me coming for me I was being watched some great force was just behind me shadowing me stalking me and I couldn’t turn and look back. I just kept walking with this fear this anxiety inside me I didn’t know what it was but I walked I had to walk and I didn’t look back.

Paul Kingsnorth is co-founder of the Dark Mountain Project (with Dougald Hine). His previous novel The Wake was published in 2014. You can find out more about Beast, and his other work, on his website. 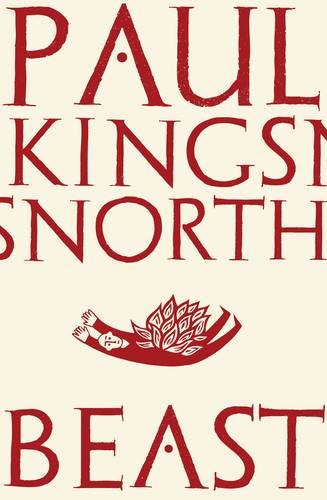