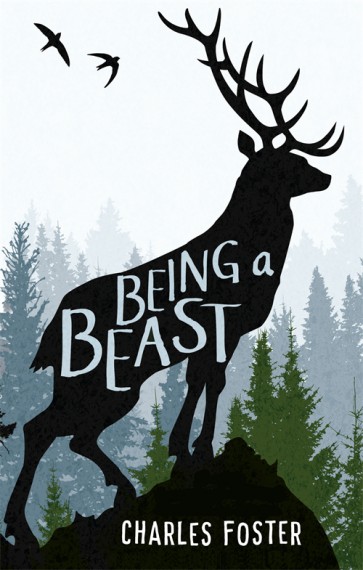 Charles Foster
is a Fellow of Green Templeton College, University of Oxford. Previous books include Being a Beast, Wired for God: The Biology of Spiritual Experience and The Selfless Gene He lives in Oxford and Exmoor.
Share
‘So: what’s this book about, then?’

I was sitting on an island with a well-known Greek poet who harrumphed dismissively into his moustache between glasses of Peloponnesian red.

I told him what I thought it was about.

‘Impossible.’ He meant absurd, but was too gracious to say so. ‘It’s like trying to live in a fifth dimension. You can describe it mathematically, but you can’t give any account of what it would be like to live in it.’

‘No’, I said, ‘it’s not like that. Or if it is, then it makes me doubt whether I have any real human relationships. I’m in the same three spatial dimensions as a fox, and the fourth dimension, time, flows just as mysteriously and erratically for other humans as it does for foxes. True, foxes might get several years’ worth of information in a momentary sniff – so telescoping time. But that’s not unimaginably different in kind from me flicking quickly through a family photo album.’

The poet raised his eyebrows and looked pityingly sophisticated.

I went on, but I didn’t know why: ‘You’ve got a nose. It’s so much more fastidious than the average – and certainly than mine – that you’ve brought your own bottle of wine with you to this perfectly nice taverna. Yet I can have some idea of what you mean by “wine”, and even by “good wine”, and even by some of the adjectives you’d use to describe good wine. And even if I can’t now, I could learn. I could awaken my nose.’

‘But’, said he, ‘I can’t have the first idea what it’s like to live in the world of a Southern Baptist from Alabama. You can’t re-educate your psyche to know anything at all about that.’

I agreed with him. That is indeed the world of the fifth or sixth or seventh dimension. But the comparison gave me hope. ‘Quite right’, I said.‘I share much more with a fox than with a fundamentalist. I’ve lived and I live with the fox in an embodied, sensual world of wood and earth and bone and semen and cold. We met and we meet in a real place, and there I’ve started to use the words “I and thou”. The “I” has grown in the encounters, I can tell you. If the “I” has grown, why not the “thou”? If we grow in the same soil, and in the light beaming from the other, isn’t that a sort of knowledge of the other?’

He rolled his eyes, took another swig of the unapproachably, incomprehensibly good wine and moved on to the accents of Cretans and Thracians.

The taverna looked out on to an olive grove where, in happier, wiser times, cloven-footed Pan had serenaded and impregnated the maidens of Kýthira. Like any decent or indecent maenad I drank the wine made from the grapes just down the road, and eventually the premise of the book didn’t seem so ludicrous. I thought it was fair, if not encouraging, to judge it by its fruits.

I grew up on the edge. On the edge of a community (we never really belonged anywhere) and on the seam of a city and the wilderness. At night I’d walk up a few polite streets, and then the neon would give up and I’d be looking down at the city: one foot on the heather, another on the tarmac; one foot in the light, another in the dark.
Those night walks defined me. I was made by the edges. Take them away, and I’d dissolve. I couldn’t survive on either the heather or the tarmac.

I wondered if other people were the same. I still wonder. Selfishly I hope so. I’d like to meet them.

I grew up, therefore, both suspicious of frontiers and totally dependent on them. Then, after a bit of wandering and reading, I wondered if humans could cross the frontiers that separate them from other species. Those frontiers seemed pretty artificial – defined by the taxonomical conventions of the day. And by all accounts they had been routinely violated (as the Judaeo-Christian tradition, with its love of separation, would put it) or rapturously and enrichingly penetrated (as shaggy people who played the pipes and seemed to have more fun would put it) in most cultures other than our own.

I could have gone down the stern, merry, green path of the shaman. But I was too scared. Instead I took up birdwatching and philosophical abstraction.

So far as the abstraction goes, I’m interested in three questions. Although it might not have been obvious, I’ve been exploring them in Being a Beast.

The first flows directly from heather, tarmac and shamanism: are there any limits to our ability to choose?

The fact that we have at least some autonomy is awesome and intimidating. We’re used to thinking that autonomy is most critically on trial in dramatic, occasional situations – such as when we’re considering the right to assisted suicide. But surely it’s the day-to-day choices that are the most terrifying and repercussive. Listen: You can choose whether to get up early, run round a field, have a cold bath and then read Middlemarch. Or stay in bed and watch shopping TV. That’s astonishing. I can never get over it. That’s a choice between Life and Death. Therefore choose Life.

We’re used to saying, at least to ourselves, ‘There’s nothing I can’t do or be if I put my mind to it.’But is it true?

There’s a good test for this. If I can become a badger, then there are good reasons to be confident more generally about our autonomy.

The second question is to do with identity and authenticity.

I’ve often worried that there’s nothing to me. Or at least that, if there is something to me, it’s highly labile. I would like to be reassured that there’s an indestructible core of Charles Fosterishness.

One way of testing this is by becoming a fox and seeing if the fox still smells distinctively of me.

The third question relates to otherness.

I worry that I’m entirely alone in the world: that otherness is wholly inaccessible. That when I think I’m in a relationship, I’m not. That all conversations are ultimately at cross purposes. That I neither understand nor am understood by any other.

These are what I was working on in the mountains, moors, rivers, seas and skies.

I made, I think, a bit of progress.

Our anatomy and physiology impose some limits on us. And if (as seems highly unlikely) we’re mortal, so does our mortality. I can’t fly. Nor is there time to learn all the words necessary to compensate poetically for my absence of wings.

But our capacity for vicariousness is infinite. Empathise enough with a swift and you’ll either become one or (which may be the same thing) you’ll be able to rejoice so much with the screeching race round the church tower that you’ll not mind not being one yourself.

For better or for worse, Charles Foster continued to smell of himself when he crawled, slashed and dived. Indeed, he smelt more of himself. That wasn’t, I think, because the whole exercise of transformation was a failure, but rather an illustration of the general principle that the more you give away, the more you get back. In any event, it was reassuring. There’s something in me that’s distinctive and worth working on.

I’ve seen and known some animal others. The woods are full of slinking ‘thous’! I’ve been held in a yard in the East End of London by the commanding vertical pupil of an insolent fox. I’ve had enough beckoning and threatening looks across crowded bars to know reciprocity and its absence when I see them.

This is immensely exciting. There’s a chance that I can know and be known!

There was a fourth, less abstract question. Do my animals live in the same world as I do? Do they swim in the same water, forage in the same dustbins, dig in the same earth, look across the same misty Channel to Wales and smell the same rising tide of decay from the Gulf of Guinea?

I’ve left it until last because my thoughts about it change about every half an hour, and I hoped for a while that they would start to crystallise.

They haven’t, and I’m so glad.

I can’t always be in the wild. Sometimes I have to be in places that smell of fear, fumes and ambition. When I’m there, it helps very much to know that badgers are asleep inside a Welsh hill, that an otter is turning over stones in one of the Rockford pools, that a fox is blinking in the same sun that makes me sweat in my tweed coat, that a red stag is cudding among ghost trees by a stone circle near Hoar Oak, and that there’s a swift, hatched above my Oxford study, hunting, almost beyond human sight, in the high, hot blue over the Congo River.

That these things should be a comfort is strange. They should taunt, not comfort. They should say: ‘You’re not there. Ha, ha, ha.’

Why does that not happen?

Well, I note that I get a similar sense of comfort only from being assured of the continued existence of things – and notably people – that (whatever love is) I love. 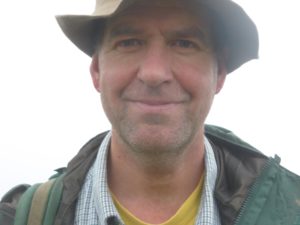 It gets worse. Because the sort of love I’m talking about (whatever it is) is necessarily reciprocal. I can’t really love X unless X loves me.

Being a Beast is published by Profile (UK) and Metropolitan (US). The book can be obtained here.