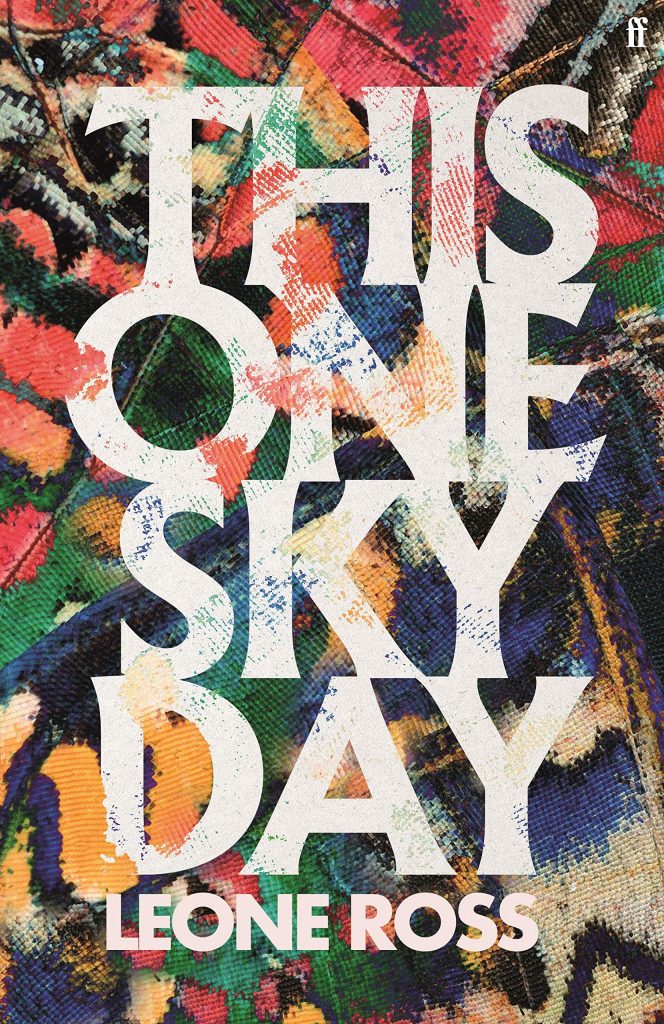 Cover image by Faber
Philip Webb Gregg
writes odd things for interesting places. Most of his work focuses on the disconnect between human nature and nature nature. He lives on the road in Europe and makes his living as a freelance scribbler. He's a frequent contributor and occasional editor for the Dark Mountain Project.
Share
Fiction, and magic realism in particular, exists as a force of opposition to the established norms. As a genre, magic realism is built on the notion that the impossible ceases to be extraordinary the moment nobody questions it. These narratives run counter to a civilisation that places value on fixed materialistic views and help us reconsider our imaginative relationship with the natural world.

Stories are telescopes through which we glimpse other realities. Realities which terrify, entice or amaze us, but which ultimately are only a reflection of our own, in stark or transgressive ways. In the case of the novel This One Sky Day by Leone Ross, it’s less the clarity of the telescope and more the whirling energy of a kaleidoscope.

Ross’ third novel, the book pulsates with the vitality of her Jamaican heritage in its tone, language and context. Set on the fictional land of Popisho – a thinly veiled re-imagining of the Caribbean – the book quickly introduces the concept that everybody on the islands is born with a gift. You could call it a superpower (Ross calls it cors, or ‘a little something-something’) except that many of these powers are completely useless. They range wildly in physicality and purpose: a woman with five hearts (two in each wrist, one in her chest, left ear, and third toe); a boy who feels pain when he hears a lie; a woman who speaks to cats; a man with three buttocks, and so on.

For those of us who fear the unstoppable slippage into a reality of climate catastrophe, our only balm is creativity.

Ross uses the notion of cors as a way of reinforcing the exceptionality of the everyday. She offers a reality so unrestrained it pushes away the limitations of what is achievable and uses impossibility as a vehicle for opportunity.

Set in a Dark Mountain context, the idea of a world where the incredible is not only believed, but wholly accepted, is a beautiful and courageous thing. The Manifesto says ‘it is through stories that we weave reality’ – one could go a step further and say: there is no reality except stories. Our self-told narratives shape the experience of our lives. By that same logic, all that we need to change this life is a different set of stories. For those of us who fear the unstoppable slippage into a reality of climate catastrophe, our only balm is creativity. An Earth-bound creativity that seeks to nurture unbelievable things.

And it has to be said, This One Sky Day bristles with unbelievable things: corpses that walk (and dance); houses that move on their own; edible addictive butterflies; secrets that slip away from people’s lips and tears that swell up from between kitchen tiles. One memorable scene sees every female inhabitant of the islands suddenly lose their vulvas (called pum-pums in Ross’ Caribbean dialect). They simply drop off and roll away, giving our characters a chance to consider what it would be like to be a woman without one’s womanhood.

The plot itself centres around a single day in the lives of a handful of Popisho citizens, their paths criss-crossing like drunken, cors-fuelled fireflies. Each of the characters serve their own purpose and seek their own goals but the debatable protagonist is Xavier: the macaenus – a sort of divine culinary guide whose role on the island is to serve the spiritual, physiological and emotional needs of the community through the medium of food.

On this one day in particular, he is charged with the important but unwelcome task of preparing a wedding feast for the Governor’s daughter. This drives the unhappy Xavier out on a walkaround to gather ingredients from every mysterious corner of the land, allowing us to glimpse the roaring enchantment that waits behind every bush and under every rock in Popisho.

Meanwhile, rebellion brews across the nation, ‘sweet hurricanes’ are coming and lovers are not only star-crossed but sexually frustrated as well. Poignant to the narrative are the indigent, the indigenous inhabitants of the islands who were overrun when the recently freed slave settlers arrived. Murky echoes of colonialism drift unspoken through the novel’s pages and there are frequent – but not overbearing – comments on the abuse of nature as allegory for the abuse of humans upon each other.

Nothing is more fruitful, more forgiving, or more pleasurable than the Earth itself. This book is a reflection of that.

Many novels thrive on minimalism. Almost every creative writing textbook will tell you ‘less is more’, because it allows the reader to do the heavy lifting. But there’s also truth and beauty in the opposite approach, which is to describe everything in lavish detail. You get the feeling Ross is perfectly happy to do the heavy lifting for herself and everybody else at the same time.

The result is a story that serves as a ferocious reminder that not all forms of excess are negative. After all, nothing is more abundant than the natural world. Nothing is more fruitful, more forgiving, or more pleasurable than the Earth itself. This book is a reflection of that. Flavours burst out of it, music and colour spills across the pages. If books were seasons, This One Sky Day would be spring incarnate.

But it’s not all edible butterflies and wandering vulvas, there is also deep pain in Popisho. The opening quotation belongs to Audre Lorde: ‘Pain is important: how we evade it, how we succumb to it, how we deal with it, how we transcend it’. And while this story is very much about life, and love of life. It’s also about grief, rot and loss.

Loss comes in many forms, from the physical death of one of the characters to the loss of innocence of another. But running through the novel is a bone-sadness about the way things are – the government is almost unanimously corrupt, the land and weather are changing, influence from the outside world threatens to pop the bubble of Popisho’s unique culture and lifestyle – right until the end, when a deux ex machina storm washes the land anew, bringing both catastrophic and fruitful results.

This One Sky Day teaches us that mad things happen because the world is mad, and that finding beauty in that madness is the only path left to us. In true fairytale style, its closing pages offer three things: a chance to remember what we’ve loved and lost; an instant to enjoy what we have right at this moment; and the courage to see through our loss to whatever magical (or currently unimaginable) place might appear beyond the horizon.

Excerpt from This One Sky Day

The Dukuyaie beachfront was enormous and empty. She tied hip knots in her robe, examining the dark, purple-rimmed clouds, felt vague and unformed as she entered the ocean, mindlessly moving her limbs through the soft, oily water. She liked the swim between here and Battisient: the water was shallow and less saline than the other places.

I feel so good.

Ordinarily she’d be cleaning out the secrets at dusk, rearranging her stock, counting the day’s takings, looking through the window for last-minute clients, chatting to passers-by, trying to avoid the nastier elements of su-su. She turned on her back and floated, thin white robe billowing under her chin, feeling the water everywhere. She could see the mountains where she’d walked with Xavier, stopping to show him cracked crab shells and bright yellow beetles mating. He had thought her wise. She’d felt wise. But she hadn’t known she was the lavender fissures in those shells, or that she was inside that thrashing moment of insect life. She’d just walked through a solid mass. Ingrid said that kind of thing was easy to learn; Anise hadn’t considered its complexity. She wasn’t sure she would have been able to do it except today.

She kicked out as seaweed entangled her ankle. A salty wave smacked her in the face, and she gulped, spluttered, laughed, spat, sniffed and began to swim again. She might have been moving through perfume. This calm acceptance would leave her soon, she felt that – she was still an ordinary person, she had not transformed into the black centre of a candle. But could she hold on a while longer, to this hope that everything was good? That so much more was possible? Even if she was never a mother and never knew why?

She took another face of brine and giggled under the darkening sky. It seemed outrageous to feel happy, but she was.