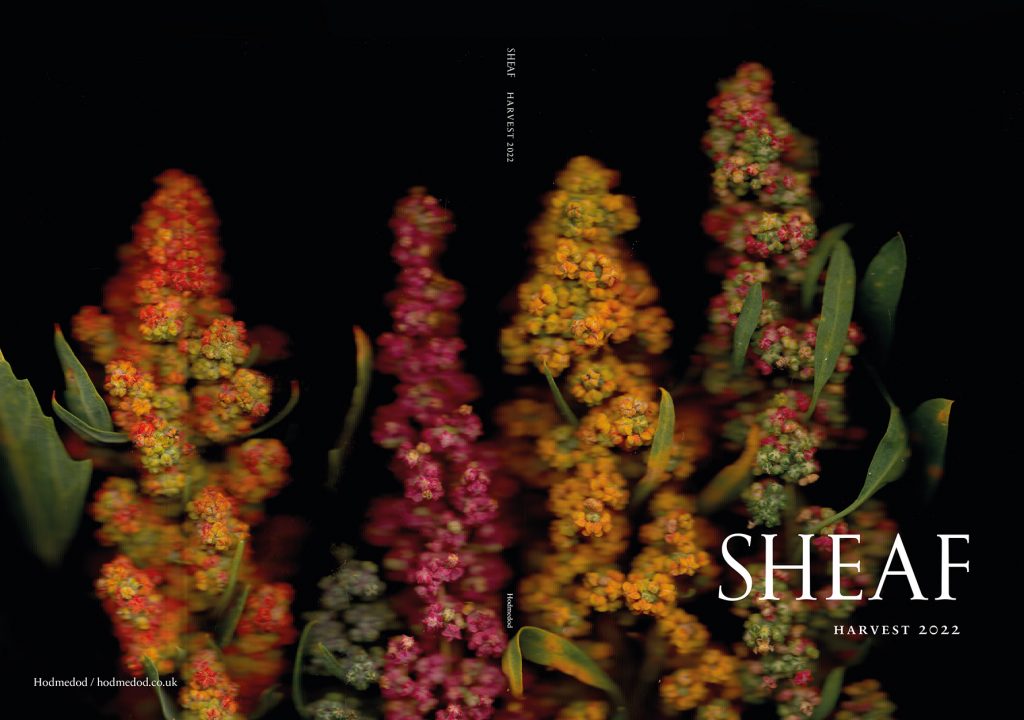 Quinoa in the Dark by Freddie Yauner. Grown by Peter Fairs, Essex
Josiah Meldrum
is co-founder of Hodmedod, Britain’s pulse and grain pioneers, and winners of the 2017 BBC Food and Farming Award for Best Producer. Hodmedod grew out of a community project in Norwich that asked what a more sustainable, resilient food system might look like, and now works with farmers across the UK to produce and source a diverse range of foods from Britain's arable fields.
Share

The System Is the Soil

Around a kitchen table one August morning ten years ago, Nick, William and I founded Hodmedod. We’d been working for a not-for-profit called East Anglia Food Link, supporting food systems change through practical projects – from establishing farmers markets to encouraging local authorities to source more local food for schools. Our aim was to in some small way tackle very big and very pressing problems, things like climate change, the loss of habitat and species, global inequality and diet-related chronic ill health.

Our belief was that all these and more could be addressed through food and farming system change. Land-use change for agriculture is one of the biggest causes of habitat loss globally; farming that transformed land – in particular the manufacture and use of nitrogen fertiliser – contributes significantly to carbon emissions; and in the UK the corporate control of our food system has driven inequality and ill health through a model of supply that crushes local economies, and provides food that is cheap at the point of purchase but that has huge hidden costs.

The food system was (and remains) in the throes of what economists call market failure: the wrong signals being sent between producers and consumers leading to decisions that may make sense to an individual in the short term, but have disastrous longer-term consequences. Consequences that not only harm us, but damage the world we share with other beings.

Though East Anglia Food Link achieved a lot, we’d become frustrated by the slow pace of change in the face of that market failure: the lack of urgency and imagination we found in boardrooms and council chambers. Too often we were told there was no demand for anything other than business as usual, no room for radical policy. Hodmedod was our rebuttal; we felt certain that if we could create a market for beans and peas we could begin to change farming, diets and policy. Build a new system. In the summer of 2012 our plan was to do that simply by selling some pulses, to begin a re-evaluation of these miraculous seeds by farmers and cooks.

It quickly became clear that we needed to change everything, to imagine a new system from the ground up, a system that reunites agriculture with ecology. Agroecology.

As an undergraduate 20 or more years ago I was taught the basics of soil science: chemistry, the action of water, the role of the underlying bedrock. Microbial life was mentioned in passing, but only larger animals like worms merited particular attention. It was left to an organic farmer we met on a field trip to explain how a handful of soil was ‘a heaving and a seething’ with life and that if he kept the soil in good heart everything else would follow.

Beneath our feet a tracery of fine white threads connects plants with each other and to the wider rhizosphere, a largely microscopic ecosystem that supports all life on land.

Beneath our feet a tracery of fine white threads connects plants with each other and to the wider rhizosphere – the thin layer of soil containing the roots of plants, small animals and bacteria – a largely microscopic ecosystem that supports all life on land. Those threads are the hyphae of fungi, hair-fine tubes capable of releasing enzymes that help the fungi digest nutrients in the soil and transfer them to other parts of the organism. When connected to the roots of plants, mycelium, the mass of fungal hyphae, forms a mycorrhizal network, a complex symbiotic system that is still poorly understood, but is revealed to be only more beautiful and important with every passing year.

Mycorrhizal networks allow plants to communicate chemically, whether limiting the growth of competitors or sending warning signals to each other when under attack from insects. They also move nutrients and water, particularly important for seedlings, when a plant has become damaged or is diseased, or at times of stress such as drought. Fungi don’t carry out this important role for nothing; in exchange they benefit from complex carbohydrates – sugars – that plants make by photosynthesis. These sugars are pumped into the plants’ root zone, drawing in fungi (and bacteria) that then make closer root associations.

Research begun by Swedish mycologist Stefan Olsson in the 1990s shows that mycelial communication goes beyond the chemical and that fungi send electrical signals much like nerve cells in animals. Prof. Andrew Adamatzky of the University of the West of England goes as far as to theorise that this electrical signalling could constitute a language and has identified 50 ‘words’ used to share information about nutrients and the immediate environment. Being able to send signals, respond to feedback and stimuli, move carbon, water and other chemicals, allows the fungi to problem solve. Laboratory experiments show they’re able to move through mazes in the most efficient way possible, find the shortest routes between points in a network, and even demonstrate a short-term memory.

Merlin Sheldrake in Entangled Lives, his compelling paean to fungi, argues that though it’s tempting to use metaphors from computing or neuroscience to describe these networks, neither really gets to the heart of what goes on under the soil. ‘Are we able,’ he asks, ‘to stand back, look at the system, and let the polyphonic swarms of plants and fungi and bacteria […] be themselves, and quite unlike anything else?’

For millions of years these polyphonic swarms shaped the Earth. Through feedback loops they effectively managed climate, water cycle and nutrient flows to create environments conducive to life, much as the late James Lovelock outlined in his Gaia hypothesis of the Earth as self-regulating whole.

There is no market failure in undisturbed soils.

In the decade following Hodmedod’s kitchen table incorporation, farmers, scientists and writers have begun to more completely realise and widely share the wonder and complexity of soil ecology. At the same time an approach to food systems built on the principles of agroecology has moved from niche academic concern applied by a handful of farmers to global movement. There’s much this movement can learn from Sheldrake’s polyphonic swarm.

At its simplest, agroecology is the application of ecological principles to farming, and many farmers are beginning to do just that. But it’s change that’s often isolated to individual farms, and too frequently social dimensions are missing – food sovereignty, land access, diversity. For agroecology to have a meaningful impact it has to reach beyond the farm gate. ‘It is no longer possible to look at food, livelihoods, health and the management of natural resources separately,’ wrote the United Nations Food and Agriculture Organization (FAO) in 2018.

In the same introduction to the ‘10 Elements of Agroecology’ the FAO described it as ‘a holistic and integrated approach that simultaneously applies ecological and social concepts and principles to the design and management of sustainable agriculture and food systems.’ It’s important to note that agroecology is a new term for an old system of practice. Much as Sir Albert Howard and Rudolf Steiner, pioneers of Western European organic farming, borrowed from India’s ayurvedic traditions, so agroecology leans heavily on indigenous knowledge.

At Hodmedod we’ve spent a lot of time over the years thinking about our position in the agroecosystem, our responsibilities and our agency; how we conduct ourselves and use our role to enable and facilitate change on farms and in kitchens. At its simplest this means dropping the notion of a supply chain – a lock-in to linear thinking – which implies a start and a finish and middlemen (they generally are men) controlling the flow of information and value. Instead, we describe Hodmedod as one of many nodes in a network of supply that’s built on trust, transparency and the free flow of information, a network that celebrates difference and diversity. Moving ideas, connecting people and businesses; resilient because no one node is completely dependent on another, but all offer mutual support. The beginnings of our own polyphonic swarm, one that we invite you to join.

This second issue of Sheaf is a turf lifted on the mycorrhizal network we’re a part of; eight stories about people whose lives and work invisibly interweave: Mark Lea’s internet search for peas that led him to us, then a connection to  Wakelyns Agroforestry and their diverse YQ population wheat, and ultimately to the transformation of the family farm. Mark now grows YQ and a host of other similar cereals for an emerging community of bakers and millers who are part of the UKGrainLab. Many of those bakers have been inspired by Vanessa Kimbell’s work on diversity and the gut microbiome (which has a very similar ecology to the soil), leading them to dedicated keepers – and sharers – of knowledge like Andy Forbes. Andy, in turn, has built his practical understanding of older landrace cereals on the work of farmers like Paul, Tobias and Emma Watkin at Hulver Farm, who never stopped growing them. Art and imagination weave through these stories, bringing new perspectives and connections. 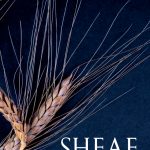 You can buy the new second edition of Sheaf from the Dark Mountain shop here. The first edition is also available here.

For more information about the farms, grains and pulses: hodmedods.co.uk/ 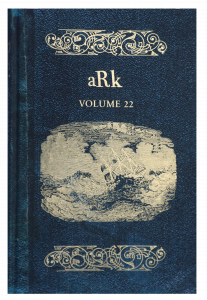 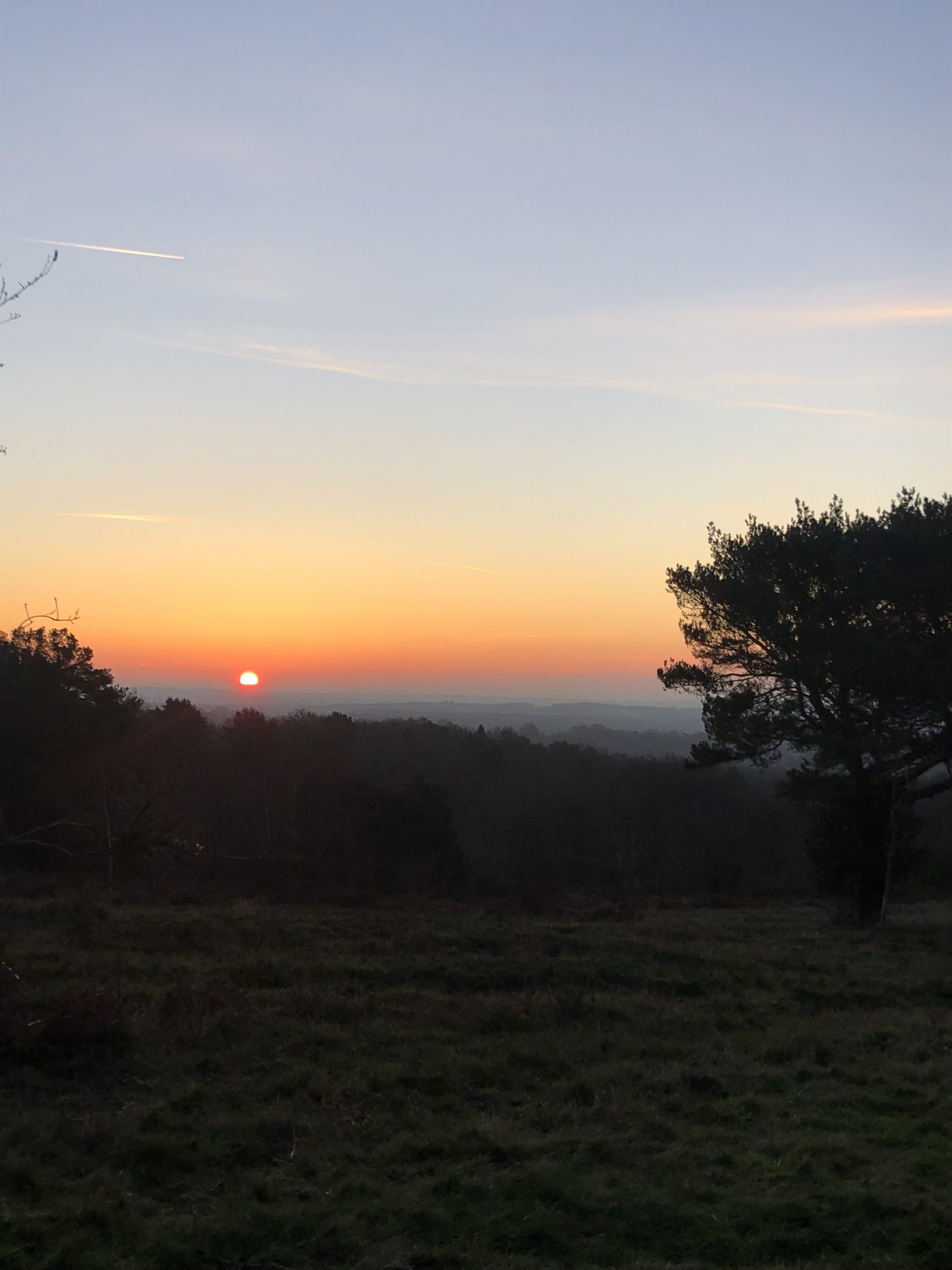 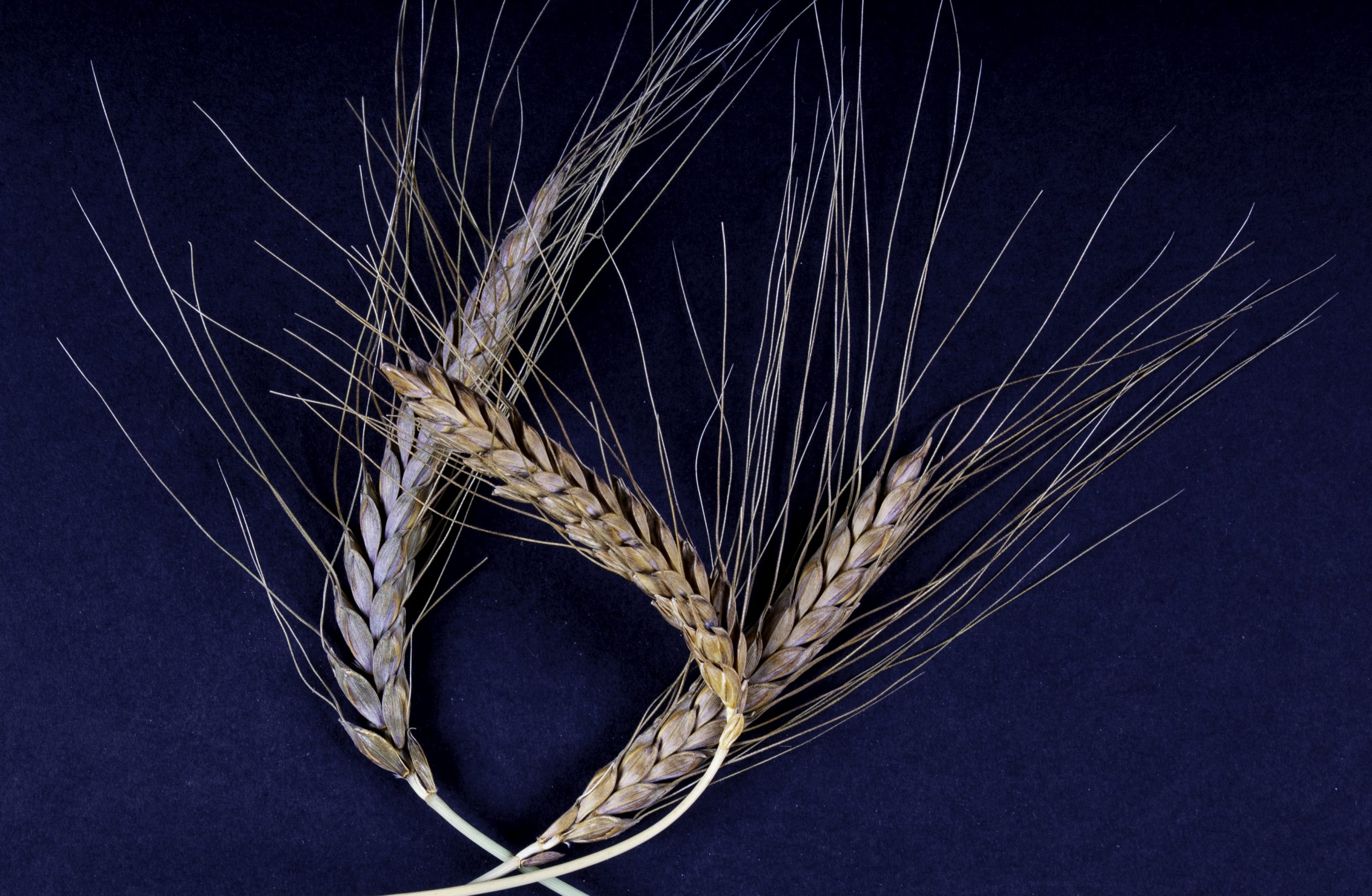 Charlotte Du Cann
Introducing our all-colour booklet co-produced with Hodmedod about grains and the people who grow them by three Dark Mountain writers. Photographs by Anne Campbell.
Dark Kitchen 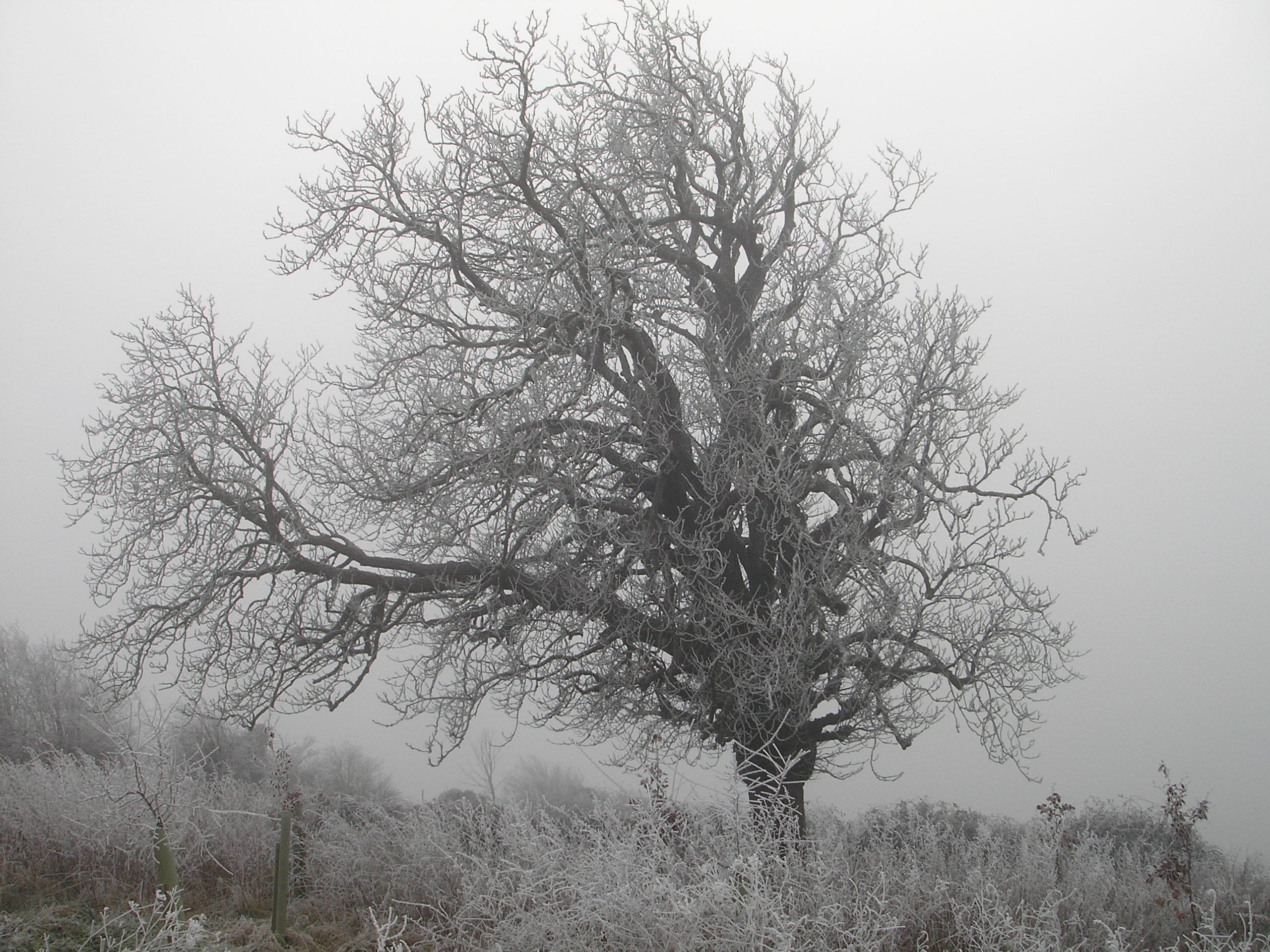 Chris Smaje
The farm I help to work is a good place for such reflections. Just recently...
Place & Time