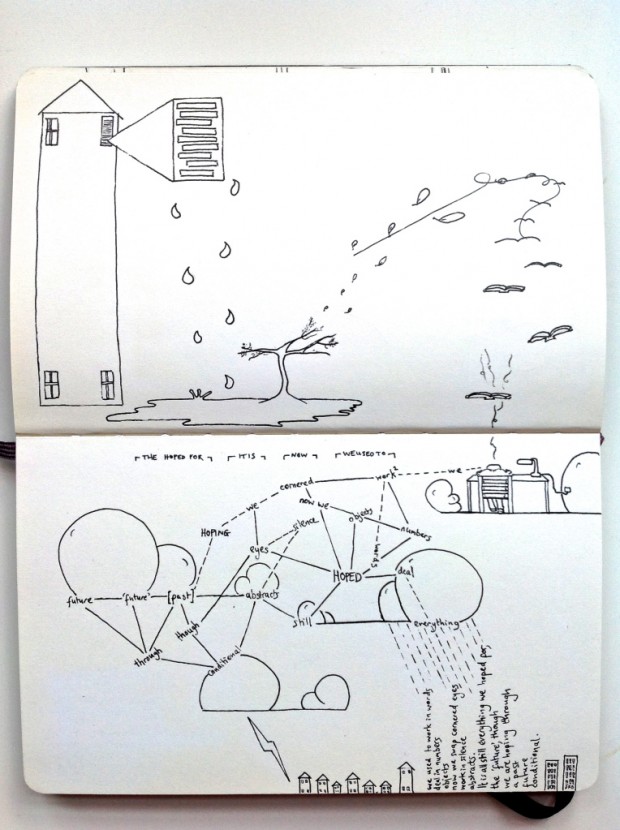 Why, for an accurate investigation of meteorological phenomena it is indispensable to get one’s thoughts into a state of suspension and mix its minute particles into the air which they so closely resemble.

If I could place a frame around these cloud parables, then that frame would show thought itself take the shape of clouds, suspended, hung, you must imagine, like a mobile, like forms poised at a point of becoming, spinning on invisible threads in the light of an Autumn afternoon. In this framing scene, there is perhaps an endless stream of rooibos tea and notebooks laid across the desk, the bed, the floor, pages open on doodles and unfinished poems, covering books with illegible annotations, and all thoughts of this and all thoughts of the earth’s many mysterious things, held, in a moment of almost passing, never quite obeying the sideways nods of time.

First Parable of the Clouds

Year: Unknown
The Scene: The M1, The North, the car
Factuality: At least partially imagined

I feel sure that I used to repeat the same doodle on the first page of each of my holiday journals or scrapbooks throughout my childhood. In the foreground of these doodles are foreboding industrial turrets, scored into the paper using a black biro, appearing as deep ruts in the fabric of the page. Behind these jutting shapes are puffy little squiggles, intended, I think, to be clouds, spreading out and across the skies behind the turrets. These images are unquestionably labeled in my mind as ‘The Cloud Factory’, and were a theme of all childhood car journeys – cars bundled with boots, bags, ambitious summer hats and beach-worn cricket bats, all emptied at the other end into the pinch of a bone-cold landscape of the mountains of the Lake District. 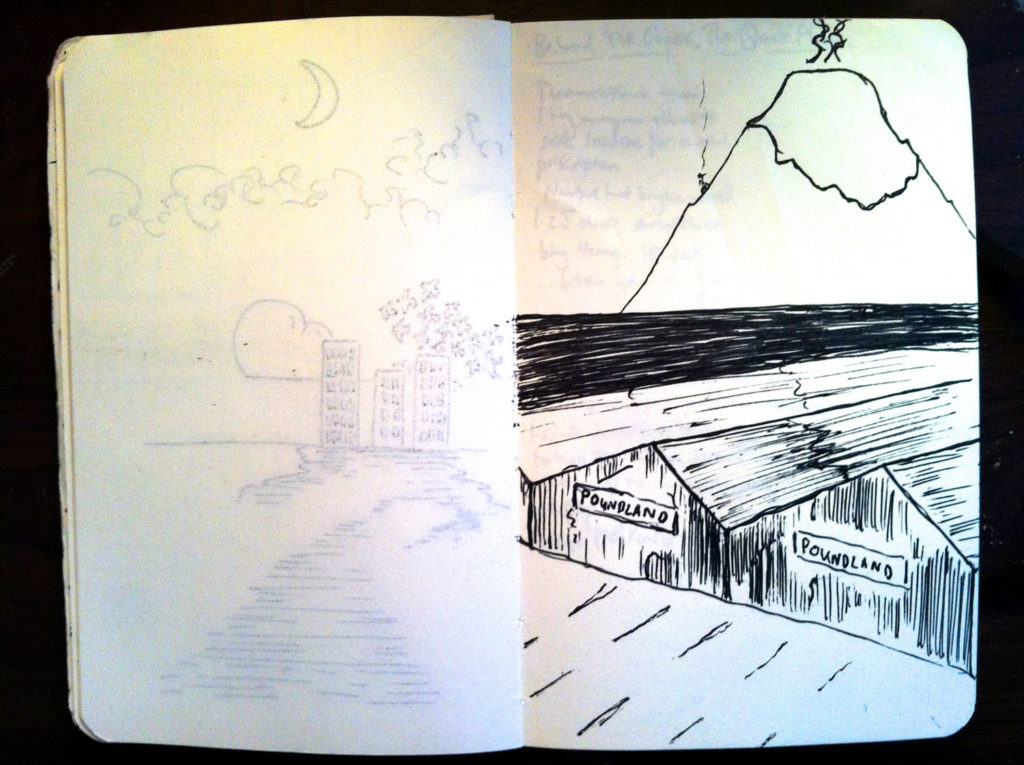 I take the utmost joy in this childish misapprehension of imposing concrete industrial structures for bespoke factories working tirelessly to pour clouds into the skies. Perhaps someone teasingly misinformed me of this ‘fact’ at some point, or perhaps, unable to seek confirmation over the sound of family chat in the back of the car, I simply saw the fumulus plumes emerging from the towers, and, having never before seen ‘clouds being made’, carried my observations to their obvious conclusion. Either way, my imagined and wholeheartedly believed story of the clouds was this: they were made on an industrial estate beside the motorway, somewhere in the North of England.

This childish belief that we make or control the environment is perhaps an apt parable for our anthropocentric attitude towards the earth. It is ours to make, produce and possess at our will. And it is only in the face of the changing climate that this childish belief now seems deeply embedded with dark irony: through believing it is ours to possess, produce and control, we have revealed that we can indeed ‘control’ it; though believing the environment to be our human responsibility, we have produced changes of which we must now take responsibility, changes which ultimately serve to reveal our impotence.

Yet, what I really enjoy about this story are the responses it evokes. People delight in telling me what they saw ‘in’ the clouds: ‘oh, there were always flowers, always…’, delight to tell elaborate and bizarre tales of cloud exegesis: ‘a giraffe meant it was going to rain and a cat meant…’ or delight to tell their similarly impossible and invented genesis tales of clouds in their making, ‘well, ‘they’ would blow up sheep to make balloons, and…’

Why is it that so many of us are drawn to construct these personal narratives of clouds in our childhood? What if, in these juvenile and overlooked acts of narrativisation, there is a universal truth at play, a truth beyond the irony of the parable of The Cloud Factory? That is, that clouds draw us into areas that blur the lines between belief and imagination; that we are later schooled into affirming, asserting and relying upon the lines defining these areas of belief and imagination from each other, dividing thoughts we imagine from thoughts we believe as fact. And what if clouds could be a place to once more distort those lines, to reveal them as capable of being distorted, and thus to challenge the division of belief and imagination upon which we rely?

‘And what do you believe now?’ I ask, whenever people finish telling their own cloud parable.

They look at me stunned. Most laugh as if I am joking.

Night is lobbed into the day like a bundle of cash.
The great lull of the loom tires out – Bold
dates left jostling – The Past

an outright effort,
making this place stream
with clouds,
while braver dreams

too dear to flesh,
too heirloomed now
are to broom a future back.

Time ceases to care.
The day does what it can.
Clouds thicken and bruise
to save themselves

where out in the looks, words, hurt, expressions, there
where the thorn makes a sudden and solemn and small
symbolic tear in the air,
they break
to turrets, emptying into the blue 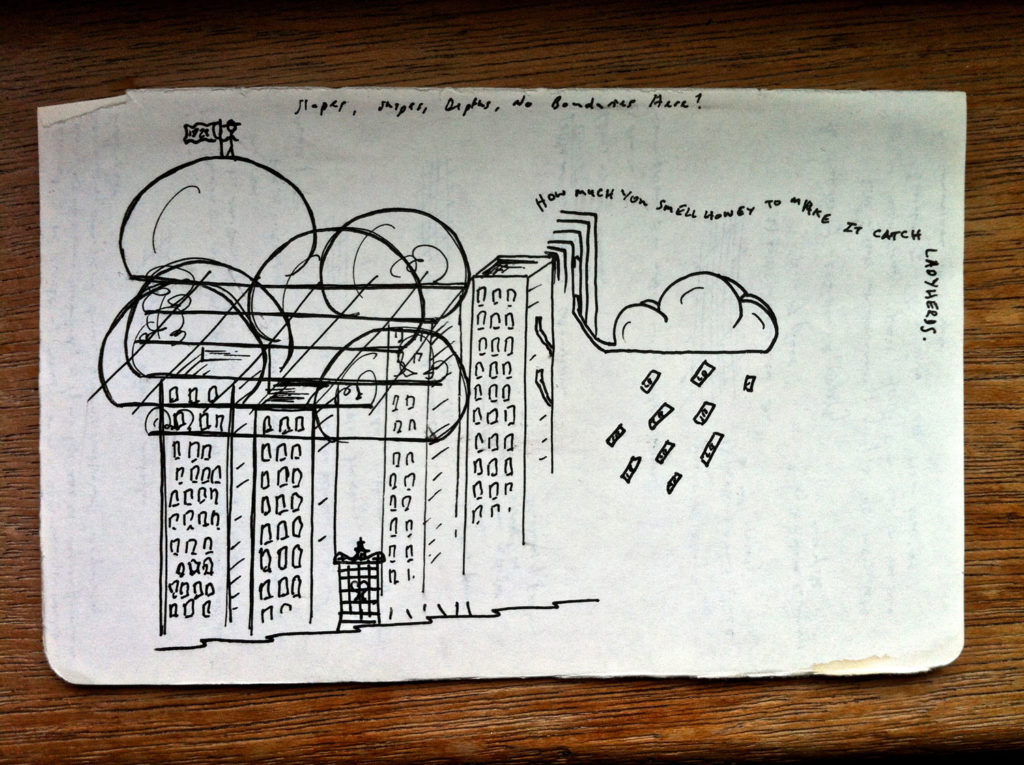 Second Parable of The Clouds

I used to collect those tiny jam jars that hotels would give you with toast in the morning. Throughout the year, they would line up along my windowsill, with parents returning compliantly from conferences with two or three snuck into their work bag, or siblings returning from school trips, annoyed that their socks were now scrunched into a sticky strawberry ball, dutifully handing over a half-empty pot and lid.

I would pack these pots on walking holidays, into my luminescent Explorer Rucksack, and at the top of a mountain, carry out a strange ritual of opening the lid, ‘to let the mountain cloud in’, before closing it again. In the pub at the end of the day, while all of the other walkers tucked into a well-deserved pint, I would sit there staring at the pot, feeling a familiar sense of disappointment, in the visible fact that the cloud had somehow turned to air. Sighing, but with a resolve to ‘bring the clouds down from the mountain’, I would dutifully label the jam jar with the name of the fell and take it home and place it upon the windowsill. Soon, besides the stack of ‘empty pots’, I had a collection of ‘air pots’, the labels to these reading ‘Catbells Air’, ‘Barrow Air’, ‘Skiddaw Air’ . . . It was definitely a stirring and confounding thought for me then, to think that the air in these jars was an invisible trophy of my trek to the top of a mountain, but I was always distraught that the jar never returned full of the elusive milky, white cloud, which had seemed so easy to come by on the tops of the fells. As I grew up, and the world became more stable and my knowledge of its forms, shapes and Beings, more certain, these air jars became totems of the unknowable, ever-changing and unstable nature of clouds. 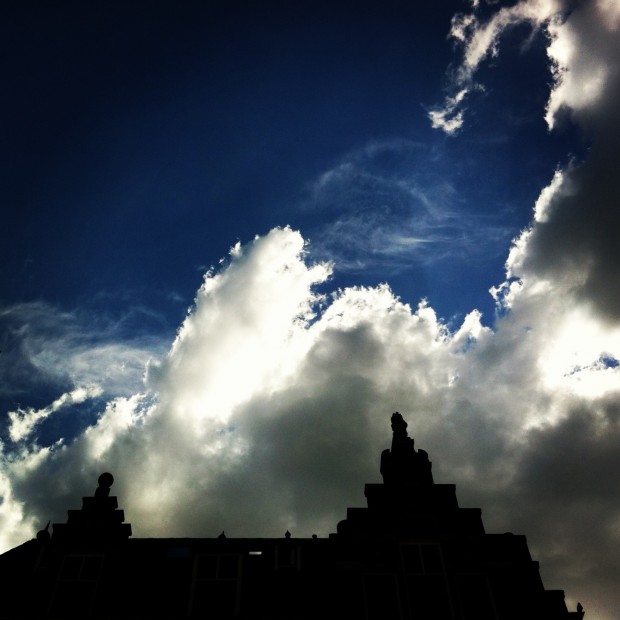 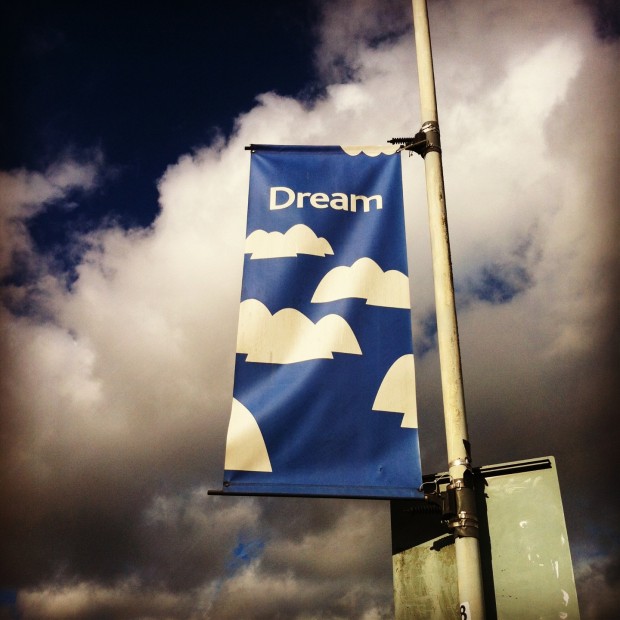 John Tyndall, in the nineteenth-century meteorological text, The Forms of Water in Clouds and Rivers, Ice and Glaciers, relates the following anecdote, allowing us to compare our perception of the stability of clouds to our belief in the stability of a mountain:

You frequently see a streamer of cloud many hundred yards in length drawn on from an Alpine peak. Its steadiness appears perfect, though a strong wind may be blowing at the same time over the mountain head. Why is the cloud not blown away? It is blown away; its permanence is only apparent. At one end it is incessantly dissolved, at the other end it is incessantly renewed: supply and consumption being thus equalized, the cloud appears as changeless as the mountain to which it seems to cling.

It amazes me how this meteorological text, written in 1872, parallels so closely with the opening words of the Dark Mountain Manifesto, where we are challenged with the following question:

‘How many of our activities are made possible by the impression of stability that pattern gives? So long as it repeats, or varies steadily enough, we are able to plan for tomorrow as if all the things we rely on and don’t think about too carefully will still be there. When the pattern is broken, by civil war or natural disaster or the smaller-scale tragedies that tear at its fabric, many of those activities become impossible or meaningless’.

Clouds don’t just break a pattern of stability; they refuse to ever pertain to one. Catastrophically disordered, appallingly unpredictable, and frustratingly tempestuous, clouds are small-scale tragedies, performed across the skies, endlessly tearing the narrative fabric we have laid across the world.

Third Parable of The Clouds

I want to transcribe something I have just read in a notebook I kept in 2011. It is perhaps unremarkable to anyone else, but it gives me a strange form of hope to find this in my own hand, from less than two years ago.

‘I have never told anyone this but in my head there’s this netting that flat-bottomed clouds sit on and aeroplanes have to break through it to fly, and when they do they’re in this totally other place, and it’s – like a cocktail party, where we go to lose a certain guest, those hours, Time, who slinks off into a corner and hides after a few harsh words until the rest of the guests double back and leave. Time lives above the net of the clouds, and I know that there’s a science and I know that there’s a system but humans and the earth have got to meet somewhere. I can’t understand people who don’t stare out of aeroplane windows. I will be saddened, the day I  (don’t do that). Time lives above the clouds. Is that something else I’ve read somewhere? This thought rendering another.
Soft as a failing system.
Blip
Blop
Bloop’