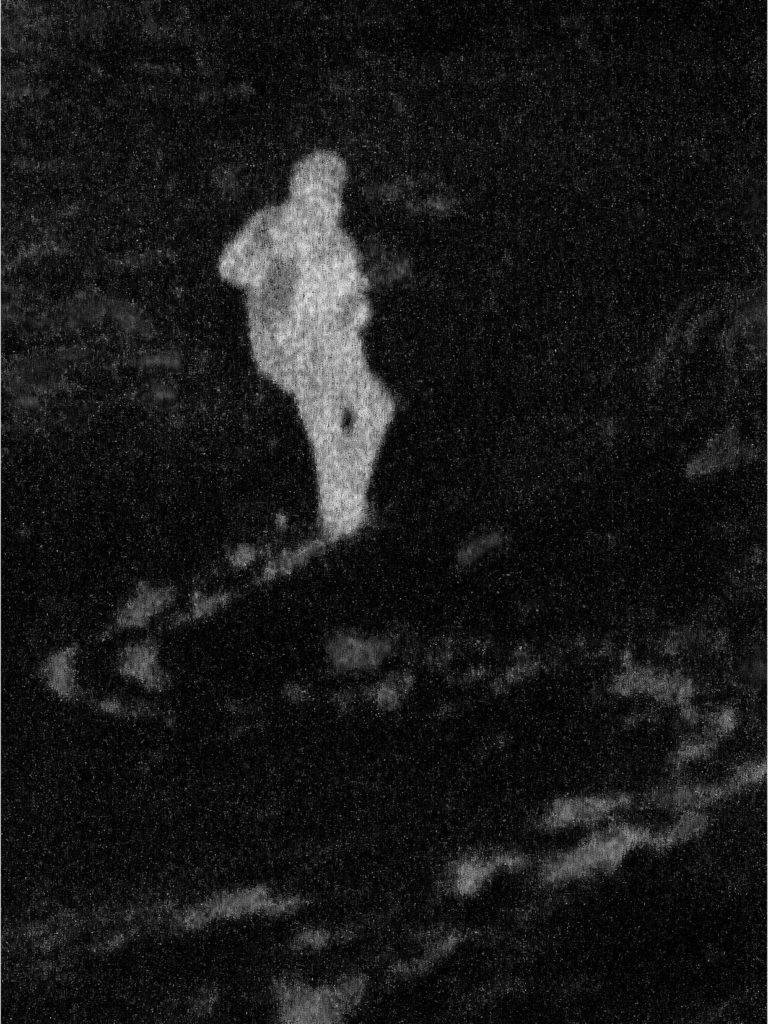 'La Trajectoire' by Constantin Schlachter
Sarah Thomas
Sarah Thomas is a writer and journeyer currently working on a memoir about a period she spent living in remote northwest Iceland. She is particularly interested in how we engender an active and reciprocal relationship with place.
Share
5 December 2015, 2pm. I am standing in the foliage- and fairylight-decked living room of my thick stone home on a fell in Cumbria, wrestling trestle tables into a shape that will seat 24. Today it is my 35th birthday and I am struggling with it a little – newly divorced and wondering what comes now, apart from the next category of tick boxes on customer feedback surveys. I have decided to mark the occasion nonetheless with a feast – a gathering of friends from near and far who I don’t have the opportunity to see often. Defrosting in the kitchen is a shoulder of lamb bought from Esther, the shepherdess who keeps her flock a few hundred metres from here, just the other side of the woods.

Outside the light is blue-grey, the details of my beloved stomping ground faded and washed out. The rain continues to fall hard and fat as it has done for some days now.
I have lived on this fell since the summer, and have relished every moment of feeling that I dwell in the company of many other beings – the badgers that activate the nightlight as they come to steal a hen, the cows that huff just behind the fence, the sheep that bleat the morning in and provide winter sustenance. The trees that drip with haws and sloes in autumn: fruits of the year’s story which I now have steeping in alcohol. I have swum in the tarn at the top of the fell every month until October – languid summer soaking contracting into brief gasping plunges – to reiterate my connection to this place. I have walked along the river Kent to the village many times to buy milk, post letters, or mostly just to see what the woods and the fields are doing – they the warp to my journeys’ weft.
I have made a point, while out on foot, of getting to know the neighbours who are at least a field distant in each direction. Ian, our nearest to the north, lives in a barn dating from the 13th century. He has lived there for many decades and is the kind of person you’d want to have onside in a crisis. He and his wife do without mains electricity and their water supply is run-off from the fell. He dedicates his time to inventing micro-hydro power schemes and saving other people’s ‘waste’ from landfill.
The power goes out. I get ahead of myself and call Ian to see if he has a gas oven in his waste stores. This lamb needs cooking, even if candlelight would be a welcome detail for a dinner party.
‘Have you got a power cut Ian?’

Of course not. Of course he has a spare gas oven too and we ponder the practicalities of getting it here – the field and his track are both a quagmire. We agree to wait and see if the power comes back.

I lay a table cloth. The phone rings. My housemate Jonny has driven through a puddle on the way home from town, which turns out to be much deeper than it looks. His car will not start again. Our landlady goes to rescue him in her Land Rover.

The rain falls on, the volume increasing audibly. We know we need a plan B. 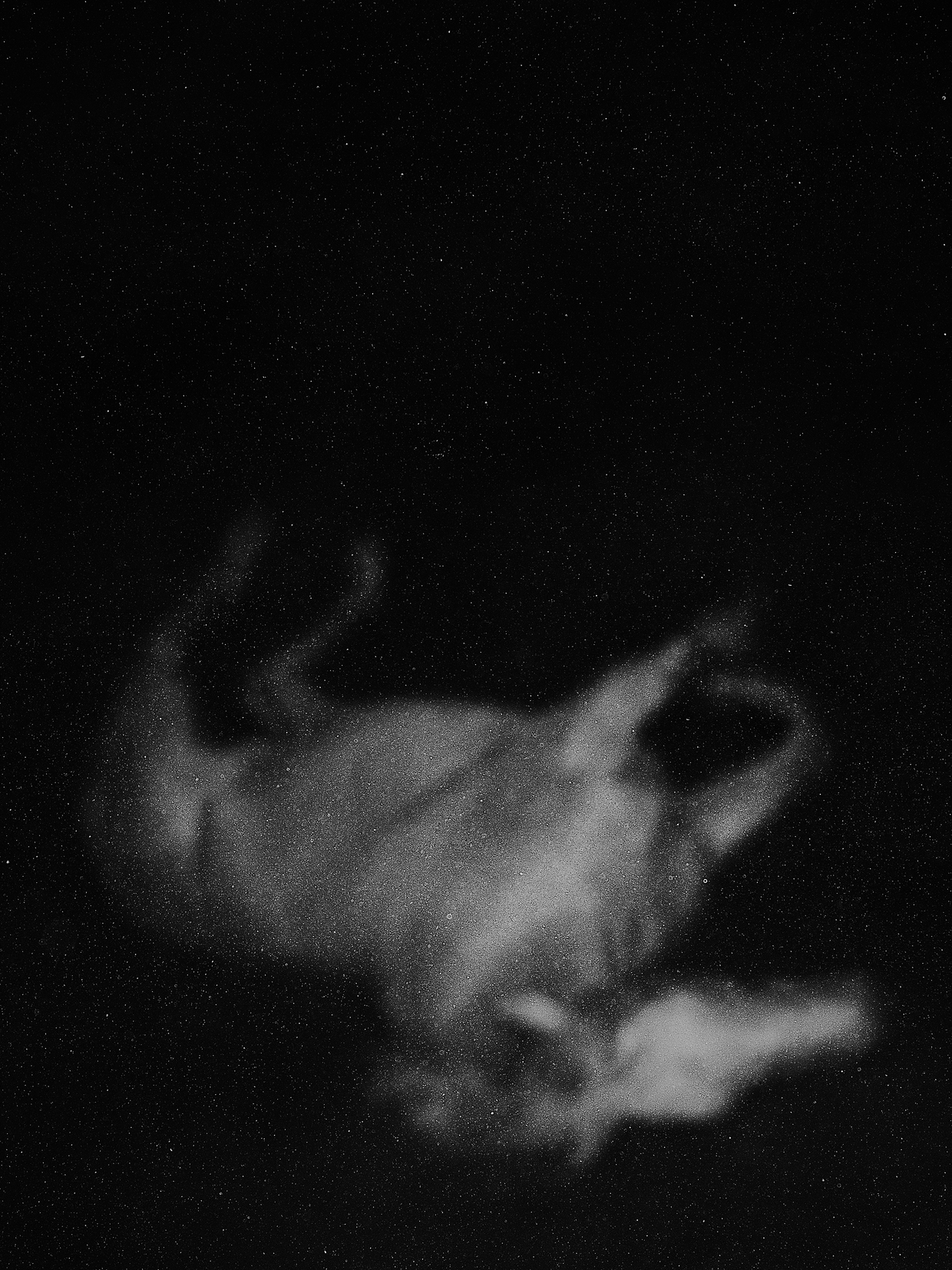 3pm. The power comes back. Everything feels possible again. I call each friend to ask them to converge at a safe point, from which we will collect them in the Land Rover. This is beginning to feel a little epic, but it is important to gather – moments which are becoming so rare these busy days, as we climb our broken-runged career ladders, and have more children, or don’t.

Jonny takes the reins with the lamb, rushing out in wellies just to pick some rosemary. I want to be in the kitchen preparing food, enjoying that process of translating the fell into a meal which will feed our friends with the time and love it took to exist. Instead I field endless phone calls.

The volume outside goes up again, and we are compelled to video the view from the living room – the path around the house becoming a cascade now. The sky darkens. The phone rings again. Lancaster is flooding. They’re not sure it’s wise to head out. The phone rings. It’s dodgy on the A69 from Newcastle – strong wind and rain, but they’ll keep persevering. ‘You don’t think I’m going to let a bit of water put us off do ya?!’ The phone rings. Dougie’s reached Carlisle but he’s turning back north while he still can. Tom and Nicole get the closest, but by then even the A591, the main artery through the Lake District, is closed. They attempt to return home, a little forlorn, with the vat of soup they had brought for the feast. We hear later that they could not make it back, and slept on the motorway, having found a rescue shelter to give the soup to.

8pm. We sit, just the two of us, the candles lit anyway and the lamb cooked, around 22 empty plates.

We do not yet know that in 14 hours our neighbour three fields away will be dead. As the rain pours on through the night, an oil barrel will be washed from upstream under the bridge below his house. It will get caught there, blocking the water flow, and cause a constant banging. After eating his porridge in the morning he will say to his 78-year-old partner, ‘We’d better go and see what this bangin’s about.’ Unstable on the slippery bank, he will attempt to retrieve the barrel from the beck to stop their yard from flooding. His partner will look on, nervous. He will suddenly disappear and shout her name. He will be under the bridge, squashed against the barrel in freezing water, hidden, as she wades in waste-deep to try and find him. He will remain there, dead, for hours as the rescue helicopter hovers up and down the river with a heat sensor, trying to find his body. He will be the ‘one fatality’ that the news reports briefly and inaccurately, before returning to other issues.

Neither we nor his widow-to-be yet know what close friends we will become – a relationship made possible by his absence. He is not a social man. She, a farmer, has lived with him loyally and lovingly, but secluded and not allowed visitors, for 50 years.

We do not yet know how much we will learn from each other – her perspective the long view and the close-to-home; ours the global and the mutable circumstances of youth. We will share literature, food, support and advice, and barrow several tons of manure from her stables to the midden as winter turns to spring. The backs and forths of our footsteps between houses will create a new path of belonging on the fell – marooning and loss giving way to intimacy. Knowing that, we will see that our plates were far from empty this night, and the guest at our table is greater than all of us.

Images
La Trajectoire, Constantin Schlachter
from The Gyrovagi’s Trajectory
Nature and its influences on the human psyche are the main topics that Schlachter explores in his project, The Gyrovagi’s Trajectory. In a free interpretation of the notion of an ascetic quest, his self-interrogation is nurtured through extended solitary retreats in the wild.
Schlachter shoots with instinct, sometimes manipulating photographs through both analogue and digital means. This process crystallises his thoughts, which focus on the emotion contained within the images. It loosens the images’ links with concrete reality, allowing the viewer to roam a mystical realm dominated by nature and our primeval myths.

Constantin Schlachter is an artist who works mainly with photography. Nature, the invisible and matter are all dominant entities in his work, through which he creates sensorial fictions that examine the spiritual dimension of being. Schlachter’s works is instinctive: a continuous stream of pictures within which named projects serve to punctuate the flow by crystallising his evolving feelings. constantin-schlachter.com