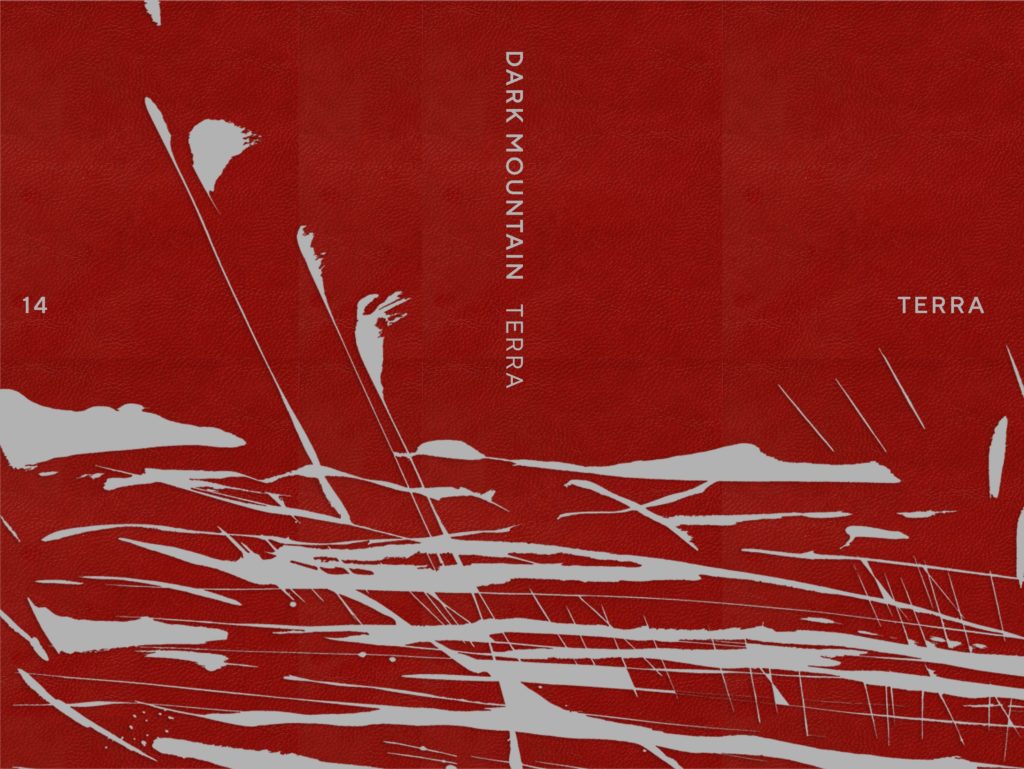 This book maps a world in a state of radical shift. As rising sea levels alter the outlines of continents, as islands, forests and ice caps vanish and deserts and urban edgelands spread, as landmarks familiar for thousands of years are literally wiped off the map (and new ones take their place), how do we locate ourselves and find our directions onward? How do we find permanence when the terra is shifting under our feet?

The lands that we inhabit and the borders that enclose us have always informed our perspectives on the wider world. Early explorers who made arduous journeys to resolve the ‘empty’ spaces on the periphery of their maps, and secure new worlds for their empires, inevitably crossed paths with people for whom these edges were a known centrepoint. A map is never neutral. From the first atlases, their margins decorated with mermaids or monsters, to aerial images captured by drones, cartography provokes controversy as well as curiosity. When the highest peaks and the depths of the ocean are charted down to their last contours, leaving no areas of the planet unknown, the new horror vacui on the horizon is the future. Today’s corporate monoculture – driven by fossil fuels, extraction and industrial agriculture – is enacting a new conquest and driving its ownership deep into the Earth’s core. The unfolding crises demand that we redraw our maps and approach the terrain that lies ahead with a different tread.

Our point of departure for this book was the call made in the Dark Mountain manifesto to celebrate work rooted in time and place. But how is such rootedness possible in an age of hypermobility, when vapour trails score new tracks across the sky – and against the backdrop of mass migration caused by war, political repression and climate breakdown? How do we celebrate belonging when ugly nativism is on the rise across the world, twisting a love of land into exclusion and division? Can we, as guests and visitors, truly learn from other lands when cultures and ecosystems are packaged and commodified to meet the insatiable demands of the tourist industry? In a global monoculture, when differences are being flattened by media and consumerism, how do we retain our vernacular? What corners of terra claim our hearts’ allegiance?

The narratives you will encounter in this book are not placeless abstractions or armchair philosophy but a collection from the field, telling many different stories of diaspora and descent.

In looking for answers to these questions we have found ourselves following the tracks not only of humans – travellers, migrants, pilgrims and refugees – but also of eel and reindeer, mitochondria and microfibres. The journey of TERRA begins and ends in fire, with a story about creation in Indonesia and another about the end times in Guatemala. In between, we cross borders and volcanic plateaus, slate valleys and African cities, Icelandic glaciers and Russian Arctic tundra. We stand by olive trees in Palestine and threatened street trees in Delhi, make our home in an old mill in Cumbria and in a tipi on an oil protest site in North Dakota as the snow falls. We climb stormy mountains in Japan, cross the Atlantic and Indian Oceans, leave Damascus and London, arrive in Beijing and Berlin, get lost in the Australian outback, find ourselves on a farm in Canada, trek barefoot down arroyos in New Mexico, sleep on a truck in Ethiopia and under the stars in the Scottish Highlands. The narratives you will encounter in this book are not placeless abstractions or armchair philosophy but a collection from the field, telling many different stories of diaspora and descent.

As Raimundo Günen writes of the ‘Inca’ highways: ‘If all roads lead to Rome it is not only because Rome appropriates all roads but because it blocks the roads that could lead us to other places.’ Times of collapse can reveal deeper memories of land that pre-exist the civilisations imposed on them. To reflect this, the map that accompanies this book shows alternative ways of navigating terra. From the transit of tiny life forms around the planet to one person’s walk to work, individual maps chart new routes over land and sea. When so much of the globe has been photographed in saturated colour, with virtual views paraded as trophy destinations, we decided to illustrate the book purely in black and white. We wanted to go in close, to catch a sense of the real physical fabric of places: hands that treasure rocks in Montana or braid grass in Wexford; the beauty of an abandoned schoolhouse in Wisconsin; the significance of a paling in the South African veld. The search was for something quieter and slower, to find – beneath the roving of populations and the winds of change – the strong bones of the planet, its ancestral shape.

These pages have been brought together by Nancy Campbell, Charlotte Du Cann and Nick Hunt, Dark Mountain editors who are also writers-in-transit: one who has been a resident poet in an Arctic museum and laureate of Britain’s canals and waterways, another who gave up a city house and career for a life on the road in the Americas, another who walked across Europe following the invisible pathways of four named winds. We worked with three ‘scouts’ – Akshay Ahuja in Ohio, USA, Sarah Thomas in the North of England, Daniel Nakanishi-Chalwin in Nara Prefecture, Japan – who broadened our geographical reach and sought voices from parts of the world that our original call for submissions might not have reached. Together we bring you over 60 writers and artists, with stories and images from six continents. We come not as conquistador mapmakers but as bearers of small dispatches. We are travellers meeting in troubled times, exchanging tales so we might navigate this new and ancient terra and know that we do not face the future alone.

Whether you read this book at home or on an exposed mountainside, whether you take it on a bus journey or stuffed into your rucksack as you walk, we hope it proves a good travelling companion. When your journey together is over, be sure to pass it on. 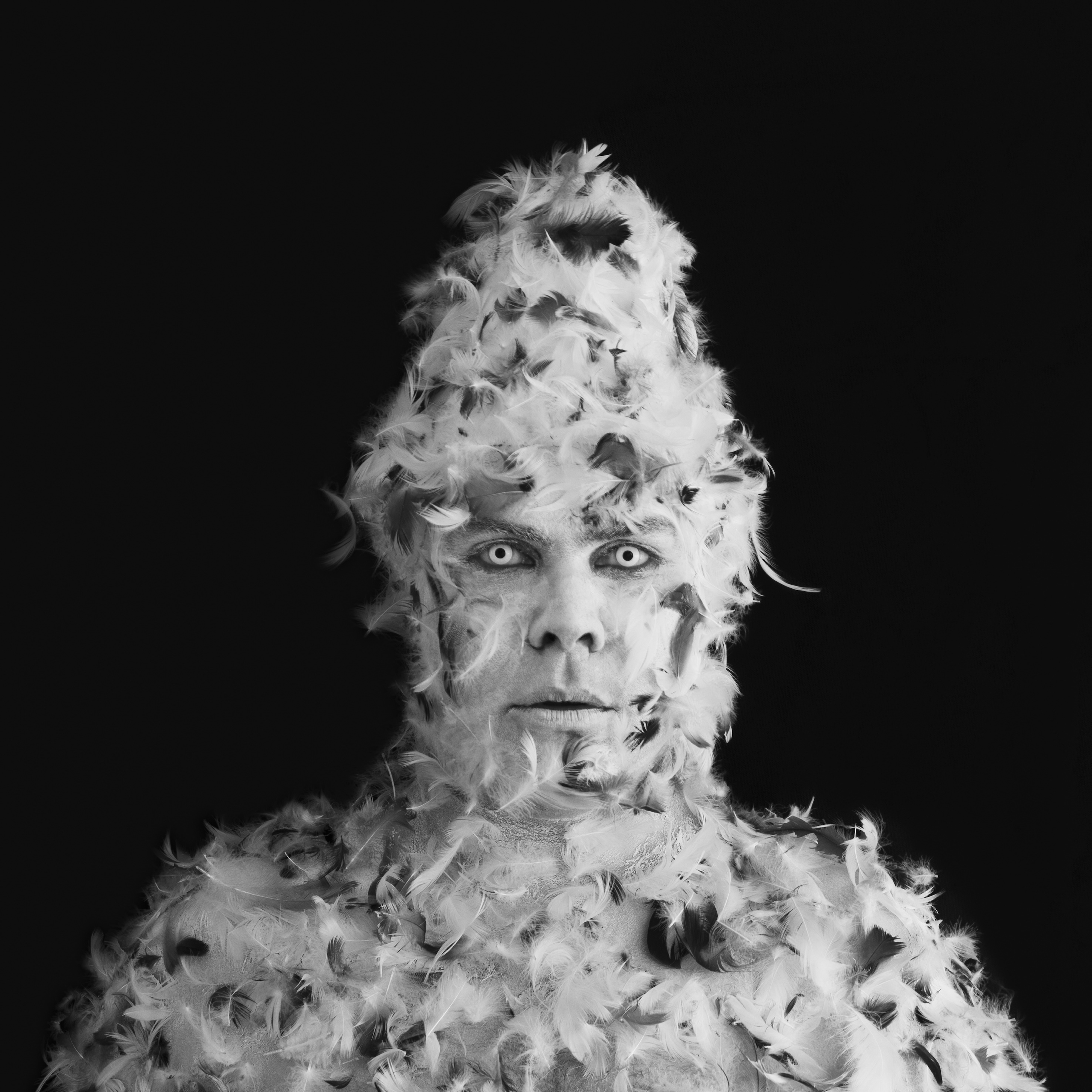 Cover art for map
Rocks on Your Belly by Christian Thompson

Cover art for book (top)
Here, and also there by Jenny Arran
Ink on paper (drawn with an axe)

These drawings were done using an axe dipped in ink, working intuitively in response to the moment, the music and the marks, as they develop. The forms and ‘language’ of landscape come instinctively. I’m interested in drawing as an embodied practice – the idea of being ‘in conversation’ with the paper, the axe, the ink, the music.

Come to the book’s London launch on 22nd November 2018. Read more about the event here. If you take out an annual subscription to Dark Mountain you can buy this issue for a reduced price.