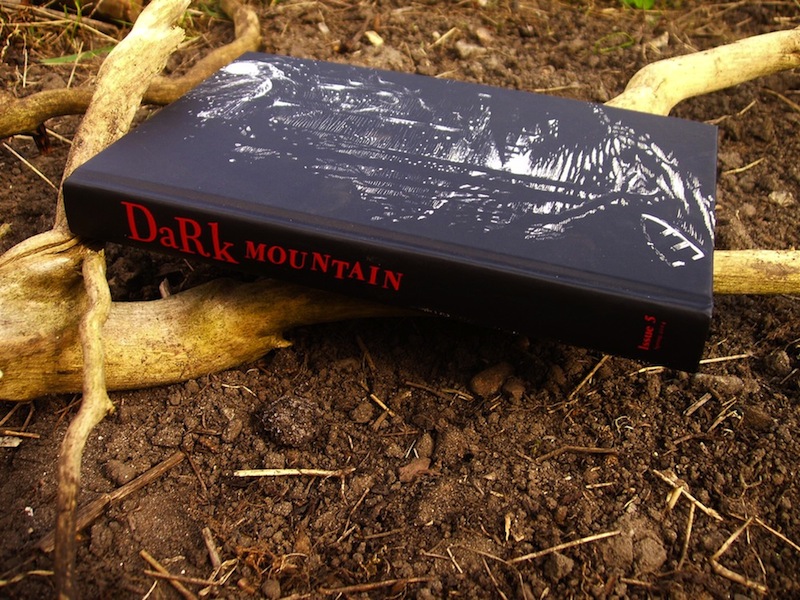 Dougald Hine
is co-author of the Dark Mountain manifesto and was at the core of the project for a decade. Originally from the northeast of England, he now lives in central Sweden. He co-hosts The Great Humbling podcast and is slowly creating a school called HOME.
Share
By the time Gilgamesh shows up, it’s clear that the contributors to this issue of Dark Mountain have reached deep into the well of stories, where scatterings of stars are stitched into constellations. Here are the Pandavas and the Kauravas, rival clans of the Mahabharata, giving birth to strange children in stranger ways. And here, too, is old Adam, who has gone to seed and taken to naming racehorses while Eve found herself a lover from among the Nephilim.

The ground shakes, nine miles from Cape Canavarel, and a young Tim Fox watches from his parents’ lawn as Apollo 17 rumbles into the sky. Joanna Lilley’s abbatoir worker smuggles unslaughtered chickens home to his wife who feeds them sunflower seeds. Billy Templeton III’s grandfather stands naked in the eye of Hurricane Irene, shaking his body like a dogwood in the wind.

There is an underground walk that leads to the Black Chamber and an expedition in search of the Land of Cockaygne. Lauren Eden and Alastair McIntosh cross the sea to the Isle of Lewis, collecting memories of the seamen’s strike of 1966, when supplies from the Scottish mainland were cut off for six weeks. Charles Foster thinks he can shortcut the Vedic path to enlightenment, finds himself nose down on a forest floor for three days that end in a journey of six feet and three million years.

There are no shortage of ideas, here: writers attempting to make sense of the times and places in which we find ourselves, sometimes steering by the stars of old stories, sometimes getting oriented by objects and concepts closer to hand. Matt Szabo picks up threads of social theory from Max Weber and Zygmunt Bauman. Paul Kingsnorth draws on the work of psychologist Jonathan Haidt and neuroscientist Antonio Damasio. And there is a further series of extracts from the late Dr. David Fleming’s Lean Logic: A Dictionary for the Future and How to Survive It.

The other thing we’re proud of about this book is the artwork. For the first time, we have a dedicated art editor, Charlotte Du Cann, and it shows. In collaboration with Christian Brett of Bracketpress, she has redesigned the whole book, but the impact of this is most striking when you get to the colour sections.

There’s also more room given to the stories surrounding the images we publish. Katrine Skovsgaard’s image, 1844 Hours of Sunshine, is haunting enough in its own right, but it becomes unforgettable once you understand that each of those lines against which the pine tree is silhouetted was made by the passage of the sun on one of the 365 days over which her pinhole camera was exposed.

During the weekend of the final Uncivilisation festival, there were dozens of conversations about what should come next – how to keep what had mattered about those gatherings alive. Now that this book has arrived, it feels as if the spirit of the festival has got into its pages. There’s an extra force here, an energy and excitement that goes beyond what I remember from previous issues. The printed word cannot replace everything we have experienced in each other’s company – those of us who have had the chance to meet each other over the past five years – but somehow it seems that we channelled more of that experience into this book than I was aware of during the process of editing. I hope that you will feel that, too.