Skip to content
Antonio Dias
is an artist, designer and writer who lives in Rhode Island.
Share

Sunny days may all look alike, but cloudy skies over water have many faces. Today, April stillness in the gaps between showers reveals a smooth sea with undulating swells rolling across a stippled surface of green-gray before breaking in wide breasting crests of white. The sky is low and overcast, but not too low, the cloud cover varied in shapes and tone. A calligraphy of low gray scud silhouetted against a creamier lighter background to the North. To the West, a deep darkness presages the next downpour. To the East, quiet, lazy watercolor strokes and bleeds grade off to a white glow directly above.

The swell is not particularly high, but without a chop to confuse the eye, it’s visible quite far off: a wave of energy passing beneath the calm surface. It makes for a portentous sea, full of import, the immensity of ocean felt differently than during a big storm, more potent for its lack of fury.

It’s a Spring sea. Not just because the calendar says so. There’s a bloom of pea-green algae in clots and streamers across the surface and traced like a fine embroidery along the shore. The colour, even the consistency of this mat – not at all like the many more familiar forms of algae – looks artificial. It has more in common with the parti-coloured scraps of plastic scattered about the beach than with shells or sticks.

This artificiality is probably true. This is Spring, time for renewed life in the sea as well as on the land. But this prairie of sea-going pond-scum is something new. I’ve seen it on satellite images of the English Channel, the coast of Namibia, off Gibraltar. Enormous twirls and eddies of bright festive coloration on a normally serious cobalt sea. These are signs of illness, like the ruddy flush on a fevered cheek giving a mistaken sense of health and vigour.

Some expert or official, some talking head today commenting on the oil spill in the Gulf of Mexico spreading over six hundred square miles said, ‘This has to give pause. If not, then something is seriously wrong.’

Well, something is seriously wrong. The signs are everywhere if we were willing to see them. It doesn’t take the mental picture of a pod of Sperm Whales seen from the air swimming in the middle of an oil sheen ‘bigger than the State of Rhode Island’ to know something is wrong. Not even the lame comment from the professional equivocator that ‘There’s nothing to confirm that it’s affecting them adversely…’ is required to know that’s something is seriously wrong. Just walking along this peaceful shore as the swell throws-up its pea-green foam is enough.

They thought inexorable was what they brought to the ‘game.’ Now they begin to see that inexorable are the consequences of seeing life as a game.

It’s the stunned, cold recognition of the gunshot. The surprise, the scramble to find a ‘positive’ spin, to underplay how bad it all is, until all at once, it’s perfectly clear. This one can’t be talked away.

That asteroid, you know, the one reflected in the reptilian eye on the Discovery Channel. It landed just south of the Gulf. It may have helped form the series of domes that later held all the dead bodies, from phytoplankton to leviathans, trapped in hydrogen sulphide generated/generating dead zones, accumulating to make oil. The oil all that cleverness and ambition discovered and talked us all into pulling out of its grave.

It’s coming out now. The open question, whether it’s doing more harm pouring out of a shattered sea-floor than it would have caused captured, refined, transported, and burned?

Buckshot or soft-point, both can be deadly. The reflex of confidence, accepting the risks as if they were nothing, is now shown to be blindness and lack of imagination. As inexorability takes over, the wound continues to pump out – not spent life’s blood, though once that was what it had been, but poison and the catalyst for unknown reactions. The sea, the Ocean, they have been our constants! The powerful were always drawn to her shores. Tiberius at Capri floated in his pool gazing out on a clear horizon. His depravities, his boundless power, the power of Rome itself and all its predecessors had not blemished his view. ‘August at the Vineyard,’ or ‘Valentine’s Day at Hilton Head,’ overlooking Lake Como, or poised on St. Bart; our own Caesars have rested with the same assurances. Whatever they’d done, condoned, allowed, glossed-over, winked at, colluded, or conspired in, their view always remained the same clear, clean blue.

Those days may be coming to an end. Their playgrounds lie along the route of the Gyre and its tributaries, exposed. The air samples along the Gulf Coast already show a rise in hydrogen sulfide. Tar balls and tendrils of oil reach out towards Florida.

All this has been going on for decades in the Niger. No one cared – that’s what Africa has been good for ever since Prince Henry began a leap-frog down its west coast five hundred years ago. The damage was done, the benefits passed on as dividends, the vacations remained unspoiled, spotless. The ocean, pricked below the belly of West Africa, bled into open sea, diluting the destruction, blending it into the wholesale destruction done every day everywhere.

Not this time. Not only is this happening here, but it is destroying this unique body of water, enclosed, engulfed along with the Caribbean, at the heart of world’s ocean. This area, incubator to currents and giants, holds itself away from the cold deep abyss, a shallow cradle for life.

Will this topple the machine? Probably not. But it should kill the last embers of enthusiasm for it promises, for the belief in and respect for its authorities as they slowly awaken to their appalling ignorance and paralysing incompetence at facing the inexorable results of their follies.

Years ago – one of those acquaintances you meet for hours spread out over decades, someone you spend the whole time in their company wishing you could merge the circles of your every-days with somehow.

In a bar on the Portland Maine waterfront, he was talking about what it was like to skipper a towboat.

‘With a tow, you often know with sharp certainty that disaster is coming, inexorable and unavoidable – let’s say an engine failure on the tug while towing an immense fuel-barge – yet there’s nothing to be done.

‘You might as well go below and make yourself a cup of tea.

‘You’ll have time enough for that, time enough to think about the risks you discounted and the mistakes you’ve made to get you to this point.

‘Time enough to celebrate or regret your whole life passing before your eyes.

‘What you don’t have is the power to do a damned thing about it.’

Looking into the eyes of this vibrant young man, his vivacious wife at his side, the knowing in his eyes as he spoke was especially chilling. The moment, the image, the predicament, has never left me since.

When something as portentous as the spill in the Gulf occurs, it is so hard to avoid connecting the dots and coming to conclusions concerning not only how inevitable a bad outcome will be, but that it is imminent and will soon be unignorable.

Yet if experience has taught me anything, it’s that such moments of pivotal epochal culminating tragedy are exceedingly rare in real life. Just as when our own bodies make the small, barely noticeable changes from wellness to morbidity, and we find it almost impossible to curb ourselves at moments of possible transition that might lead to a different outcome; so it is for us all as we watch a similar procession in the state of the world. 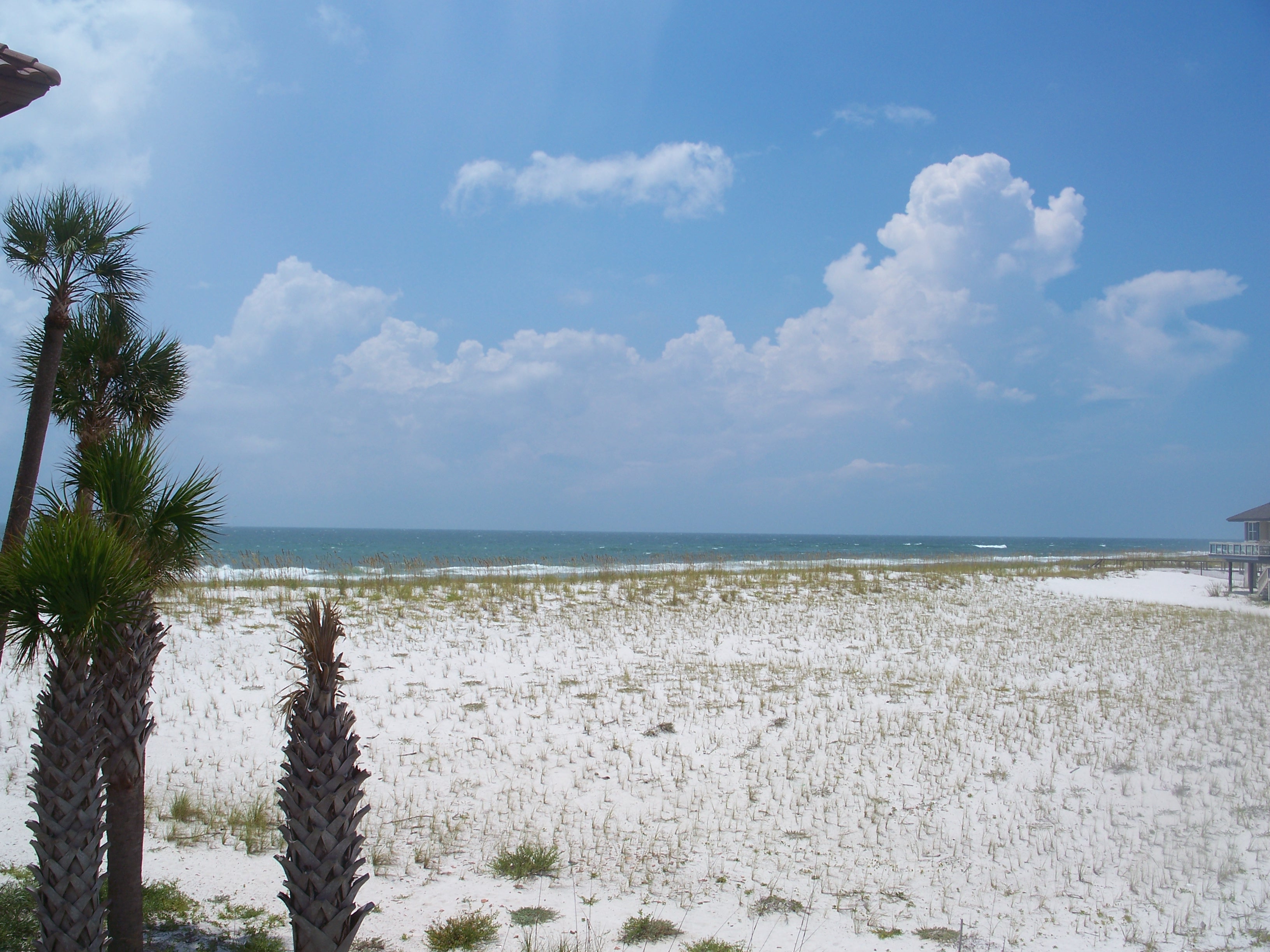 Benjamin Morris
We’ve come this year to celebrate, belatedly, another birthday—my aunt’s—but had we known what awaited...
Place & Time

Cathy McGuire
Do you believe in oil plumes? Or global warming? Peak everything? A nation’s split, the...
Dark Verse

Em Strang
‘The Worker’ is painted in oil: the ingrain yarn of his hands, every fine line...
Dark Verse

Blue Chris
It is a simple question, but one that bears some reflection. Think for a moment...
Dark Thoughts