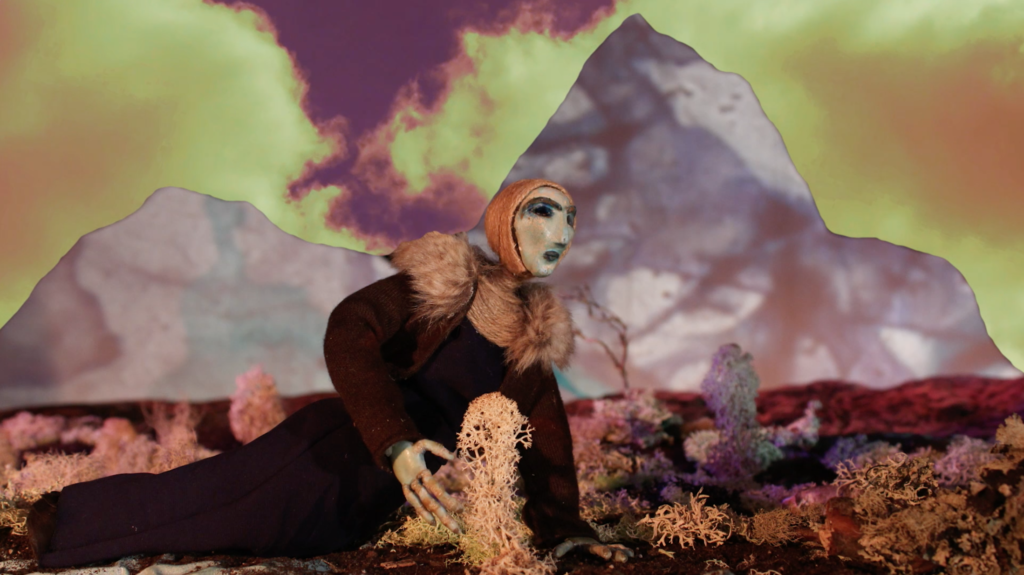 (FOR UPDATE AND RECORDING SEE BELOW)

Welcome in the beginning of winter with a Dark Mountain-slanted light show. Hosted by filmmaker Jonny Randall, the online event will showcase some of the submissions we’ve received in response to our call-out for uncivilised films earlier this year.

A selection of short films will be screened over the course of an hour, featuring: visual poetry; a cinematic meditation on the Cairngorms; surreal eco-horror animation; a collaborative ritual between artist and tree; voices on what it means to re-indigenise and a multispecies ethnographic collaboration between humans and donkeys.

The films will be followed by a post-screening conversation with some of the filmmakers, as well as a chance for you to ask questions and offer reflections around our cinematic hearth.

To celebrate the films, we invite you to join us for this online screening event on Friday 6th November, from 19:00 to 21:00 GMT. While it’s a shame that we can’t gather physically in a cinema, we’re excited to welcome filmmakers and viewers from around the world.

The event is free but you must register on this Eventbrite page to ensure a place. You will receive a private Vimeo link to the films and a Zoom meeting link for the post-film discussion at 7pm today 6th November, instead of in the order confirmation as stated earlier. Apologies if there has been any confusion!

If you would like to donate to the project we would gratefully accept donations via our ‘Get involved’ page.

UPDATE:  if you were not able to come or would like to watch again, here is a recording of the film collection and post-screening conversation:

The Picture Show at the End of the World + discussion from The Dark Mountain Project on Vimeo.

I. HOW THE EARTH MUST SEE ITSELF

Produced by the National Theatre of Scotland and Scottish Sculpture
Workshop.
Based on the book The Living Mountain by Nan Shepherd and
performance project Into The Mountain by Simone Kenyon.
A film by Lucy Cash and Simone Kenyon
https://www.nationaltheatrescotland.com/latest/how-the-earth-must-see-itself-short-film-subtitled
II. HEALER
A film by Yixuan Maisie Luo
III. SCULPTING IN THE PYROCENE: A DISAPPEARING ACT
A film by Julie Williams
IV. EVERYTHING I NEVER DID, BUT NEVER LEFT BEHIND
Written and performed by Roger Bygott
Directed by Cory Kelly
V. LAND / SCAPE
A film by Michal Krawczyk and Giulia Lepori
VI. MADDER ISLE
Directed by Laura Spark
VII. EMERGENT SEAS: RE-INDIGENIZING THE GREAT LAKES
Written and produced by Augustin of the Road and Lindsay Swann
Directed, shot and edited by Augustin of the Road
Comments
Reply