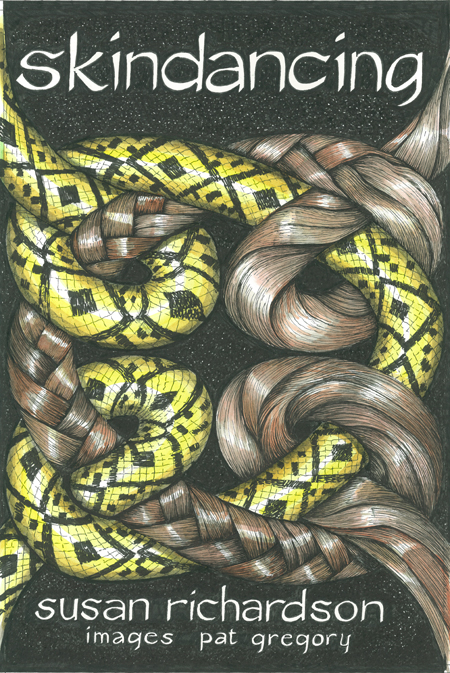 Joanna Lilley
is the author of the poetry collection, If There Were Roads (Turnstone Press), and The Fleece Era (Brick Books), Joanna helped to found the Yukon Writers' Collective Ink and has coordinated the Whitehorse Poetry Festival.
Share

Susan Richardson knows her poems off by heart. She doesn’t read them; she performs them. When you hear the words, it’s easy to understand why. Her words fit together; pick one up and you pick up the whole concatenation. Not only are the vowels and consonants locked together but the ideas, too, flow as indivisibly – and refreshingly – as water in a stream.

If a lion could speak,
we’d tire of his whinges of wardrobes and witches,
of how Richard filched his heart
and how his rampant act on flags
has knackered his hips

The ideas in Richardson’s latest poetry collection, Skindancing, are all of a piece too. They are to do with mutation or, to pick a more positive, grander word, transformation. This is a planet where change is fast and unpredictable, as if the evolution button is stuck on fast-forward. Adolescent girls change into seals (‘I found I could no longer part / my knees and thighs’), a woman changes into a doe and will ‘out-wood’ her fiancé-turned-hunter and a mother grows a beak.

As well as metamorphoses, there are new relationships between humans and animals too (indeed, one of Richardson’s poems is entitled ‘Humanimal’); there is a Harry Potter-esque hippo under the stairs, an emeritus professor translating Lionese and a porcine heart transplanted into a human.

Richardson creates new relationships between words as well. She is an expert at punning and while word play is integral to the sumptuous fabric of her poetry, this playfulness could occasionally risk distracting us from the poem’s story. Instead, we may find ourselves thinking about the flexible fun of language or the poet’s marvellous mind. For example, the enjoyable ‘Witch Fulfilment’ in which Richardson’s ‘herb-perfect’ witch has refined the art of ‘casting churls into swine’.

Yet this poet clearly wants to draw our attention to language. She is reminding us that language is a contrivance developed by humans, just as we crafted tools from stone and organised ourselves into social groups. Richardson invents delicious Carrollian words (‘closhi swush’, ‘hurble and blursh’) and beautiful words (windwhim, stillsea). She compresses words in a way that feels like a geological shorthand (‘how to happyeverafter’), as if the weight of centuries of human language has squeezed out all unnecessary air between letters and phrases (‘quicker than an ear’s fear-prick’).

There is much that is anthropological about Skindancing. The references to Waitrose, MGM, ladyshaves and Strepsils document human life as it is now. Yet when, in ‘Homophoca Vox Pop’, a photographer lies on the sand to take pictures of a seal and then turns into one, or when in ‘Zoomorphic’ someone shares a bed with an ‘insomnia llama’ that feels curiously real rather than a metaphor, we are being reminded that evolution is ongoing and that, although this is how we are now, there are many other ways we as a species could have developed and may still develop.

Skindancing is indeed so jam-packed with ideas, the reader can fear missing something. ‘Quappen’ is not, after all, one of Richardson’s made up words. Google reveals that it is a fish (and an articulated loader). Cernunnos may be familiar but what about Youwarkee? Not having a broad enough vocabulary – or a classical education – can feel intimidating. Nevertheless, the pleasure of the language and the accessibility of so many of the ideas means the reader doesn’t have to have a dictionary – or internet connection – at hand to be able to delight in this collection.

Deepening this enjoyment are the moments of beauty where jokiness is put aside and a more profound emotional connection can be made, arguably because language is so effectively serving the idea.

She will lick what she births
into a mix of huffs and words,

It is in these moments in particular where the human and the animal fuse, where a transformation occurs in both directions. Ultimately, Skindancing is poetry of celebration and of warning. Of knowing what we have been, what we are and what we may become. 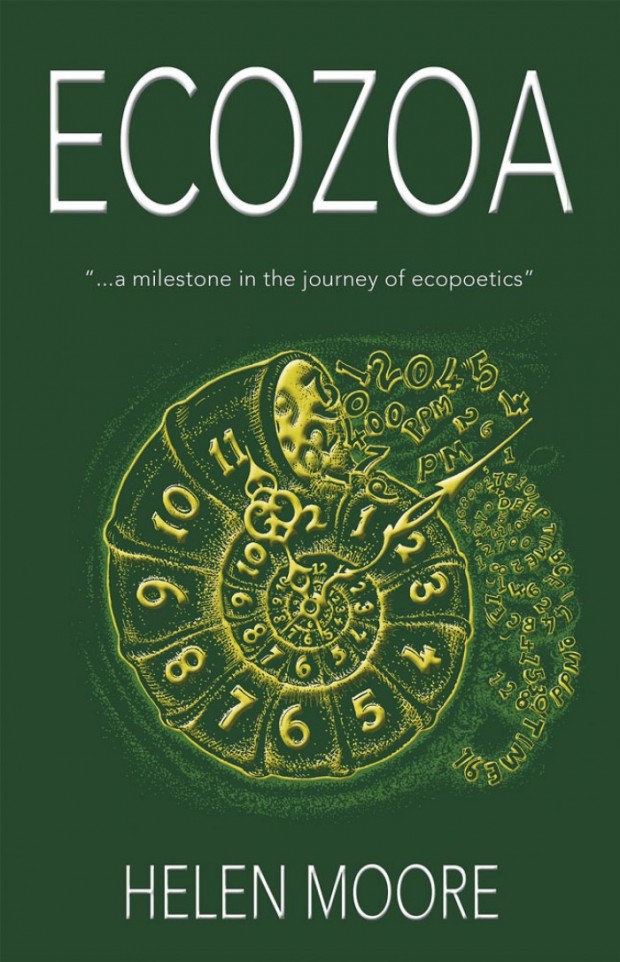 In contrast to Richardson’s Skindancing, language is subservient to the idea in Helen Moore’s Ecozoa, at least initially. Language is used as a tool for communicating a point directly, as if there isn’t time to employ poetic devices. The message must be communicated, got across and understood:

Watching the video version of ‘Kali Exorcism’ on YouTube, the reason for this approach falls into place. This is prose-poetry that is to be performed, almost sung. It’s a chant, a wake-up call, a call to action. This is a text for street-shouting, a handbook for getting angry and refusing to accept ‘modern-day culture, which promotes apocalypse as our most likely future’, as Moore writes in her end notes.

Ecozoa is divided into four sections: Tharmas, Urizen, Urthona, Luvah. These are the four zoas of William Blake’s personal mythology, borrowed from the Book of Exekiel in the Old Testament where zoa is apparently the name of the four creatures who pull the chariot of God’s spirit. Without a thorough understanding of Blake’s mythology, it is perhaps best to read Ecozoa with Moore’s own explanation in mind, again presented in her handy end notes. She writes that Blake’s work ‘points to the power of the imagination in addressing the ecological crisis we face.’ She notes that ‘Blake’s vision of the rebalanced “four zoas”’ enable ‘fear and limited thinking’ to ‘fall away, opening up liminal spaces where our love of freedom can flourish and we can sense the evolving futures we most desire.’

This is the trajectory of the collection, from rant to hope. There is a shift in poetic style from declamation to ode to lyricism. In the straight-titled ‘Earth Justice’, the camera, as it were, cuts away from a court transcript where oil companies are on trial over the Canadian tar sands to a description of swans and ducks on water. The poetry, when it comes, is dazzling:

Oil, that ancient sunlight. That liquid gold
Which fuels our fast-lane rage.

As the pages of Ecozoa turn, Moore allows more story. In ‘daughter of dodmen’ we are transported into the mind of a girl in Avebury in 2,700 BC whose tale of ‘women’s mysteries and menses’ absorbs us and engages us through the sound and rhythm of language that has an ancient tone:

It seems that story will always speak to many of us more clearly than intellectual reasoning can. Almost despite its title, in ‘Climate Adaptation, # 2’, Moore moves soon to narrative, to the lyricism of a moonlit London where the inhabitants are forced to live by night because of unbearable daytime heat.

Humour too, more effective than haranguing, is a device Moore uses with enjoyably British cynicism to engage us. In ‘Cabinet of Curiosities’, well-worn phrases become exhibits in an auction.

‘The Ecopyschologist’ is one of the poems in Ecozoa where idea and story blend perhaps most satisfactorily and where poetry is not at odds with manifesto. Similarly, in ‘On Sitting for Christopher Twigg’, we are there with the protagonist ‘on the patio’ watching the artist at work and letting ourselves be absorbed into nature.

This is not to say that there is no place for rant in poetry. Sometimes you have to tell it how it is so there’s no room for misunderstanding or ambiguity. Moore’s is crisis poetry. There arguably isn’t time for anything else. In this light, what is curious is a move at the end of the collection towards prayer.

‘glory be to Gaia
for whales, phosphorescence and fish;’

Is prayer how, as Moore writes in the end notes, ‘we can sense the evolving futures we most desire’? How we can use imagination rather than rage to enter a new ecological age? Frustratingly, the collection ends – like film credits rolling – before it enters this new era, but that is most likely the point.

It is in one of the final poems in the collection, ‘Apple Country, West Country’, where the narratives split into two with especially satisfying honesty: story becomes poetry and rant becomes information. One narrative describes the idyll of Apple Day when ‘our year draws its circle’. The other narrative tells us apples are sprayed up to twenty times in a growing season to produce more perfect-looking fruit. This, after all, is the age we are living in. These are the divergent stories we are telling each other and ourselves every day.

Joanna Lilley is the author of the poetry collection, The Fleece Era (Brick Books, 2014), and the short story collection, The Birthday Books (Hagios Press, 2015). Her current projects include a manuscript of poems about extinct and endangered animals. Joanna lives in Whitehorse, Yukon, Canada where she has lived since 2006 after emigrating from the UK. www.joannalilley.com

Helen Moore is an award-winning ecopoet and community artist/activist based in Somerset, SW England. She studied French and German at Hertford College, Oxford, and got a distinction for her MA in Comparative and General Literature from Edinburgh University. Her debut collection, Hedge Fund, And Other Living Margins, was published by Shearsman in 2012, and was described by Alasdair Paterson as being ‘in the great tradition of visionary politics in British poetry.’ Her second collection, Ecozoa, which responds to Thomas Berry’s vision of the ‘Ecozoic Era’, is published by Permanent Publications.

Susan Richardson is a poet, performer and educator based in Wales. Her collection of poetry, Creatures of the Intertidal Zone, was inspired by her journey, for which she received a Churchill Memorial Travel Fellowship, through Iceland, Greenland and Newfoundland in the footsteps of an intrepid eleventh century female Viking, and one of the themes is the impact of environmental issues on the Arctic and sub-Arctic. Her second collection, Where the Air is Rarefied, was a dazzling collaboration with visual artist, Pat Gregory, exploring environmental and mythological themes relating to the Far North, including an exhibition which toured galleries in Wales and beyond. Susan has been published in numerous journals and anthologies and is currently poet-in-residence with the Marine Conservation Society, writing poems and running workshops in response to their Thirty Threatened Species appeal. 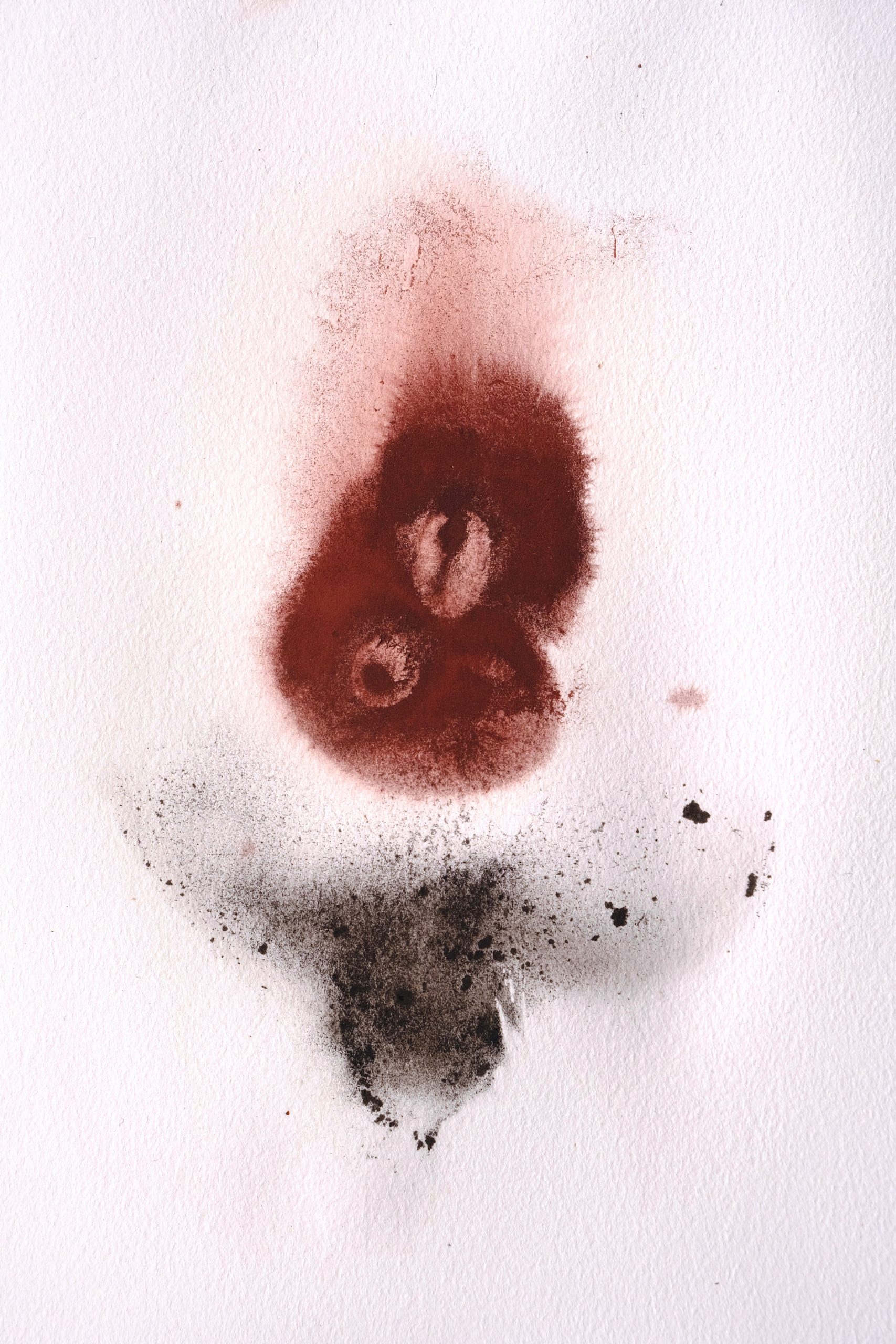 Catalina Christensen and Heidi Gustafson
From Our BooksIssue 22 – ARKUncivilised Arts 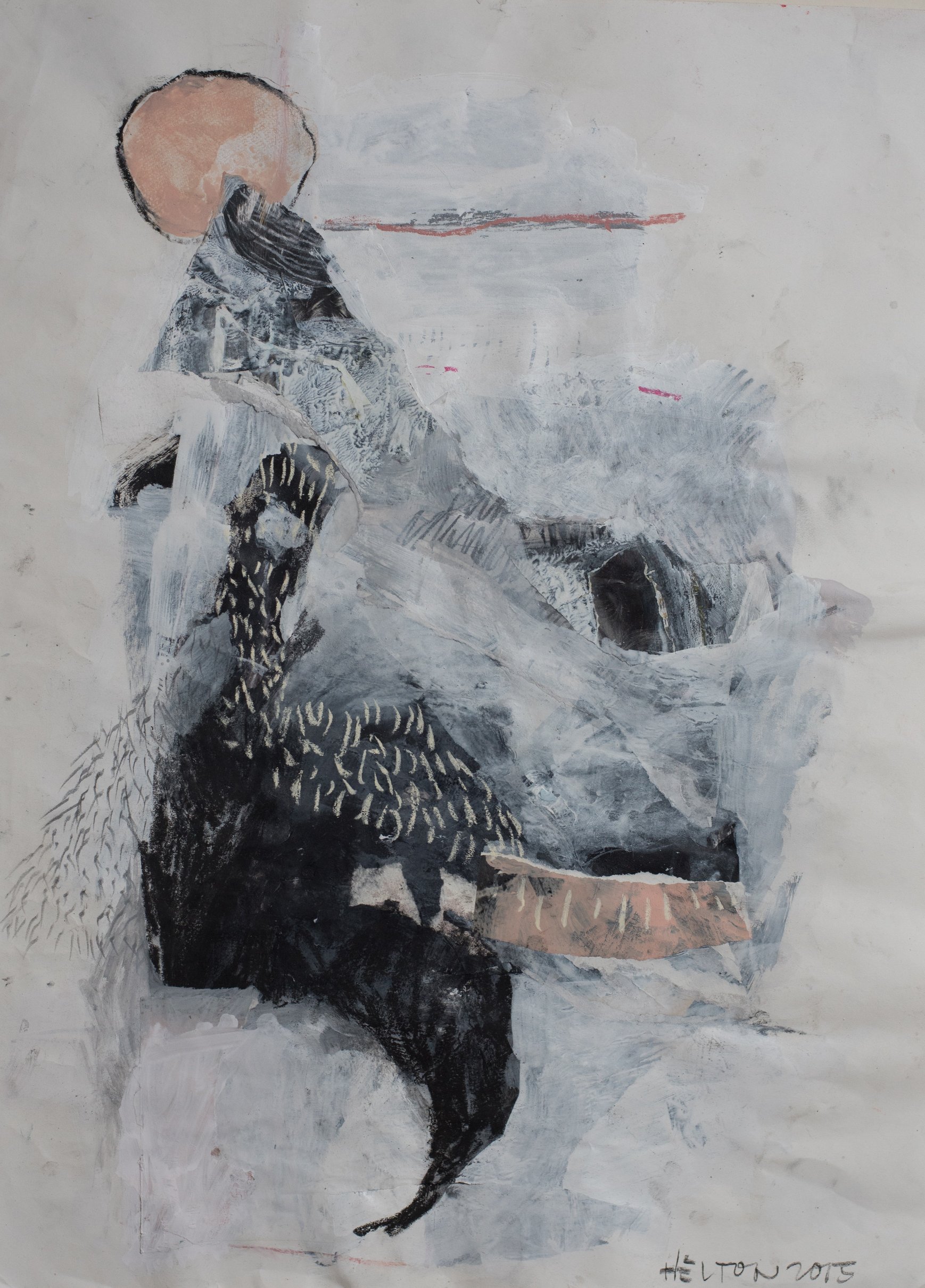 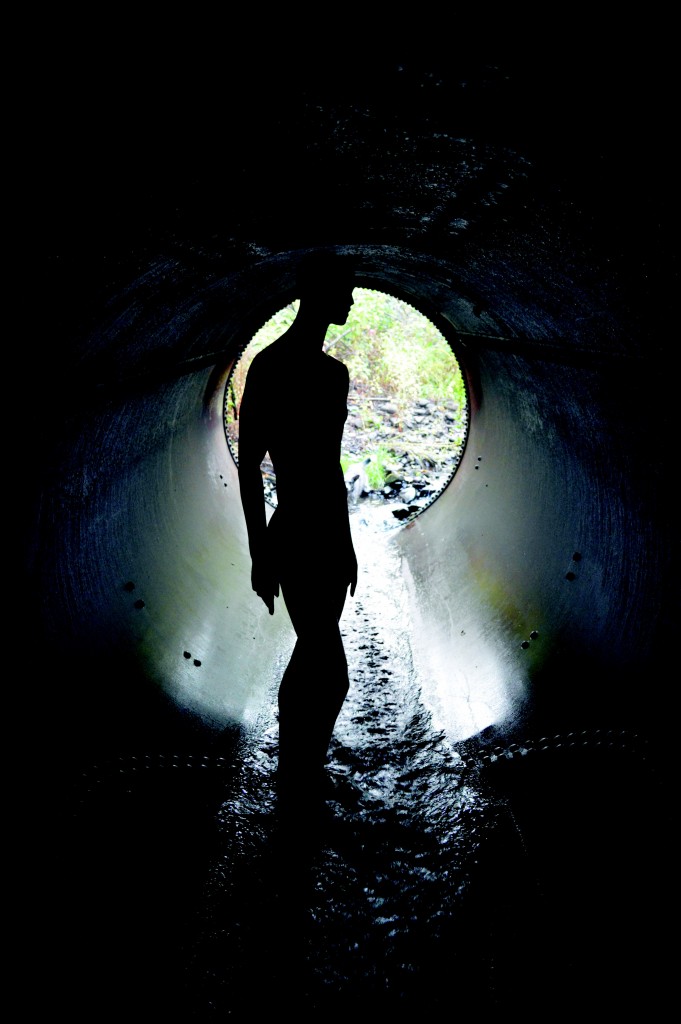