Skip to content
Dougald Hine
is co-author of the Dark Mountain manifesto and was at the core of the project for a decade. Originally from the northeast of England, he now lives in central Sweden. He co-hosts The Great Humbling podcast and is slowly creating a school called HOME.
Share
Thanks to the good people of the Guardian, the Ecologist and Treehugger, there’s been a lot of talk about the Dark Mountain Project around the internet today. So it seems like a good time to restate a few things – and clear up some misunderstandings.

This project is not about ‘doing nothing’ or ‘giving up’. It’s about what we do, after we stop pretending that the way of living we grew up with can be made sustainable, if only we go on enough protests or change enough lightbulbs.

This is not all about poetry. It is about recognising that climate change, resource scarcity and the precariousness of our social and economic systems present a cultural challenge as well as technical and political challenges. It’s not just our lightbulbs that need to change, it’s our ways of looking at and making sense of the world. But the questions we’re asking are drawing responses from engineers, designers, scientists and policy makers, too. It turns out that it’s not just writers who are fed up with a version of environmentalism which expects us to go on pretending.

This is about asking what will go on working, if and when the ways of doing things we grew up taking for granted let us down. That includes everything from the stories we tell ourselves about our place in the world – through to the most practical questions about how we meet our basic needs.

This is not, as one commenter put it, about treating ‘very real social mechanisms as mere intellectual abstractions’. Within the Dark Mountain network, there are people working hard on solutions to real social problems – but who also value the ability to distinguish between ‘very real’ basic needs and socially and culturally-constructed ideas about what makes life ‘liveable’.

As an illustration of that, I wanted to share one of the pieces that will be published next month in Dark Mountain Vol.1. ‘Black Elephants and Skull Jackets’ is a dialogue with the engineer and infrastructure expert Vinay Gupta – and the designer of the Hexayurt emergency shelter.

You can read or download the full interview, but here’s one of the passages that stands out for me:

A third of the people on the planet [live] with really serious daily personal problems like no dental care beyond having your teeth pulled with rusty pliers.

This is poverty – and it’s everywhere…

Now, think about the kind of will-to-blindness it has taken us all to build our consumer paradise while all this is going on around us. That blindness, that wilful ignorance, is what climate change threatens. But it did not start with climate, it started, as everything on earth does, with poverty.

All of these people who discovered climate recently? They’d been ignoring poverty their whole lives. The denial is cracking, and it’s going to be messy, but do not assume that the environment is all that’s under the rug.

For me, Vinay’s work – whether with grassroots NGOs, squatters or the US DoD – gives one answer to the question, ‘What do we do after we stop pretending…?’ But it’s not the only one. There are far more directions in which these questions can lead than can be contained in a manifesto.

That’s why we’re bringing together Uncivilisation as a lived experience, a gathering of people thinking about this stuff and acting on the basis of their thinking. For those who can make it to Llangollen early, Vinay will be hosting a free five day Dark Mountain Camp from Monday 24th to Friday 28th, which will be a chance to really dig in to these ideas and practical skills for navigating difficult times. And whether you can come to that, or just to the weekend itself, I look forward to the different voices and experiences which you’ll be bringing to the conversation.

As Paul says in the Guardian article, ‘Once we stop pretending that the impossible can happen, we are released to think seriously about the future.’

Paul Kingsnorth
The comments underneath articles like this are usually a pretty depressing example of the worst...
Dark Thoughts 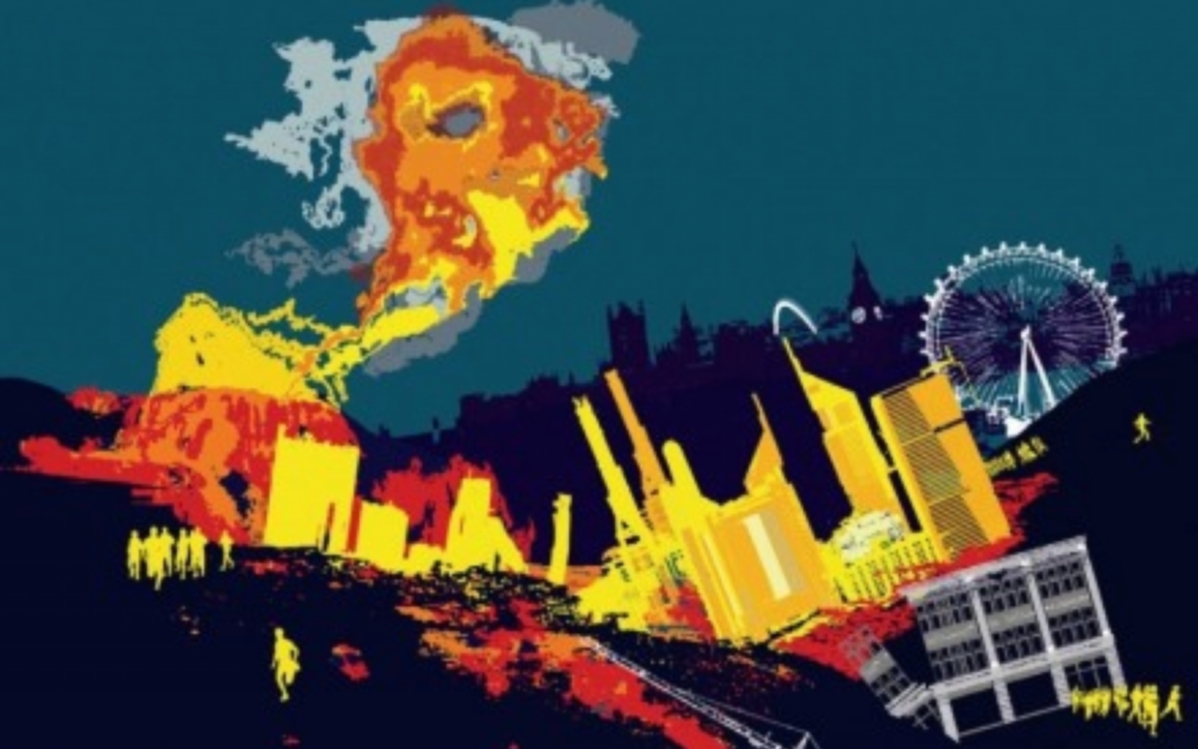 Defusing the Apocalypse: A response to John Gray

Dougald Hine
In a good conversation, you don’t just reiterate the first thing you said: listening and...
Dark Thoughts