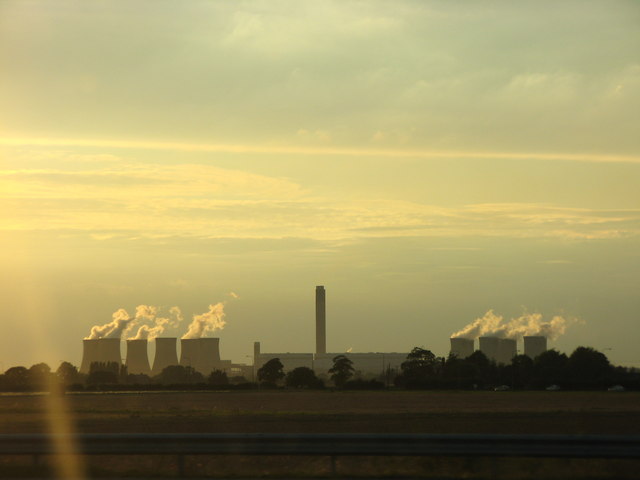 Image: Ashley Lightfoot
Caroline Williams
is a theatre-maker based in London.
Share

In June 2008 twenty-nine people stopped a coal train heading for Drax power station. In 2009 all involved were found guilty of obstructing a railway after being disallowed to run a ‘necessity defence’ which argued the burning of coal contributes to irreversible and fatal changes in our climate. In 2014 the convictions were overturned after a senior judge ruled that there had been ‘a complete and total failure’ by the prosecution to disclose the presence of undercover police officer, Mark Kennedy, who was planted amongst the group and secretly provided evidence against them.

I remember the first northbound passenger train waiting to pull out of the station in London and getting a feeling in some part of my body that there might be a before and an after and that if I did take that train then I would know the after and if I didn’t then I’d remain in the before.

I remember a boy with white hair and a name I couldn’t pronounce who made me self-conscious of the way words sounded after they left my mouth. I thought his girlfriend spoke too loudly and that he had beautiful hands.

I remember text messages being important and sitting next to a man with sun-dark skin who didn’t speak as he drove a van.

I remember sleeping in an industrial yard on the floor of a large barge and staying awake in the dark.

I remember it was very early and my shoe got stuck in the mud, the kind of mud that smells more like shit than mud but has no perceptible difference to mud other than a hideous smell.

I remember that while we ran alongside a hedge I couldn’t believe I was going to do this action with only one shoe. I then saw an abandoned white Nike trainer further on that looked roughly my size and so I put it on and climbed the train with one wrong large shoe.

I remember hands taking my weight and the colour of rust.

I remember seeing a friend’s face change from defiance to fear.

I remember fields and quiet.

I remember the sound of a polite journalist’s voice who was there almost before we were. In fact I think he actually was there before us and I think he said, ‘Um… hello.’

I remember seeing ropes being put up and a man clambering proudly under a banner.

I remember thinking that I was surprised by how unafraid I was.

I remember the thud of coal hitting the ground and a discussion being had about whether it was too aggressive or a little bit meaningless to drop coal off the side of the train.

I remember people using spades as puppets (I think one of those people was me) and getting an uncomfortable feeling in my throat that maybe there was a fine line between making a point and being smug.

I remember seeing policemen covering up the numbers on their shoulders and that it made me angry and glad I was there.

I remember thinking how riot gear looks quite sci-fi.

I remember being told by a policemen to stop smiling when I wasn’t smiling.

I remember faces smeared with coal and eyes looking brighter than they normally did.

I remember my friend as she D-locked her neck to a part of the train and thinking that I’d never loved her more.

I remember thinking about ladders and I wondered if the police were down there having detailed discussions about ladders.

I remember the feeling of having your den invaded but instead of sticks the other team had batons.

I remember walking down a long railway track with my wrists cuffed behind my back and a policeman on the phone behind me saying what he’d like to do to me.

I remember feeling profoundly lucky I spoke English and that I understood what was happening.

I remember thinking that Kate Middleton would become queen and I definitely would not.

I remember the way one face looked at me when he told someone not to take off my handcuffs.

I remember facing pink-tinted windows that made the sunset look like a tropical postcard. I watched it until my eyes went funny because I didn’t want to turn my head.

I remember seeing huge chimneys and smoke against a pink Yorkshire sky.

I remember the policewoman’s tight black ponytail and her forehead and realising her and I were the only women.

I remember acknowledging it was incredibly odd to be sat in a minivan with a group of police who begrudged me their Friday night.

I remember thinking about how I used to wear my hair at primary school (high ponytail, yellow ribbon, scraped flat over my scalp to avoid bumps) then as a teenager not ever wanting to have my hair brushed or even touched.

I remember one policeman describing seeing a homeless man electrocute himself when climbing into an industrial building.

I remember the sound of a Yorkshire accent on the words ‘fizzed’ and ‘popped’.

I remember the smudge of the black finger print and how it matched the smudges of coal on my arms.

I remember the relief of being spoken to kindly when a policeman began telling me his wife had been part of the Newbury bypass protests.

I remember the way yellow light reflected on white tiles.

I remember chairs with steel legs.

I remember feeling calm and clear and it reminded me of the feeling I used to get before going on stage.

I remember the sound of the cell door shutting.

I remember lying flat looking up.

I remember thinking about blankets.

I remember squinting in order to make the shapes in the glass squares above my head change and seeing in the new shapes a mermaid man that reminded me of a Paul Klee painting.

I remember thinking about the person I loved and had hurt. I imagined going to prison for not being able to love someone well enough.

I remember thinking about forgiveness.

I remember hearing singing through my cell door.

I remember acknowledging that policemen don’t have fun jobs and that if I worked there I may not be able to be reasonable to everyone I met.

I remember imagining what it would feel like if I didn’t know I would be able to leave.

I remember thinking how precious books are.

I remember the hour before it gets dark, a corner, a street and a door that opened to let cars in.

I remember the yellow light of the community centre where we slept and ate together once everyone had been released.

I remember a conversation where most of us admitted to thinking our lawyers were the best group of people we’d ever met.

I remember checking my email on a large noisy computer while everyone slept and reading that I had an important audition the next day and it seeming very strange.

I remember getting a phone call as we drove south and hearing two bin bags of papers had been taken from my room. I thought of my letters and drawings and I cried for the first time.

I remember getting ill and my mother continuing to ask me if it was because I was nervous about the trial and me explaining over and over again that this definitely was not the reason.

A few months later I sat on the train on the way to Leeds. My lawyer admitted he normally pretends to have work to do when he is on a train with a client in order not to have to talk to them but in this instance he was happy to sit and talk. We were late and so had to run through the streets of Leeds to get to the court in time. In the dock I felt very small and very large at the same time. On the way back to London I saw the chimneys of Drax out of the train window. I wondered how many more times in my life I would see them on my way north or south along this well-travelled line and if seeing them would mean something different each time. 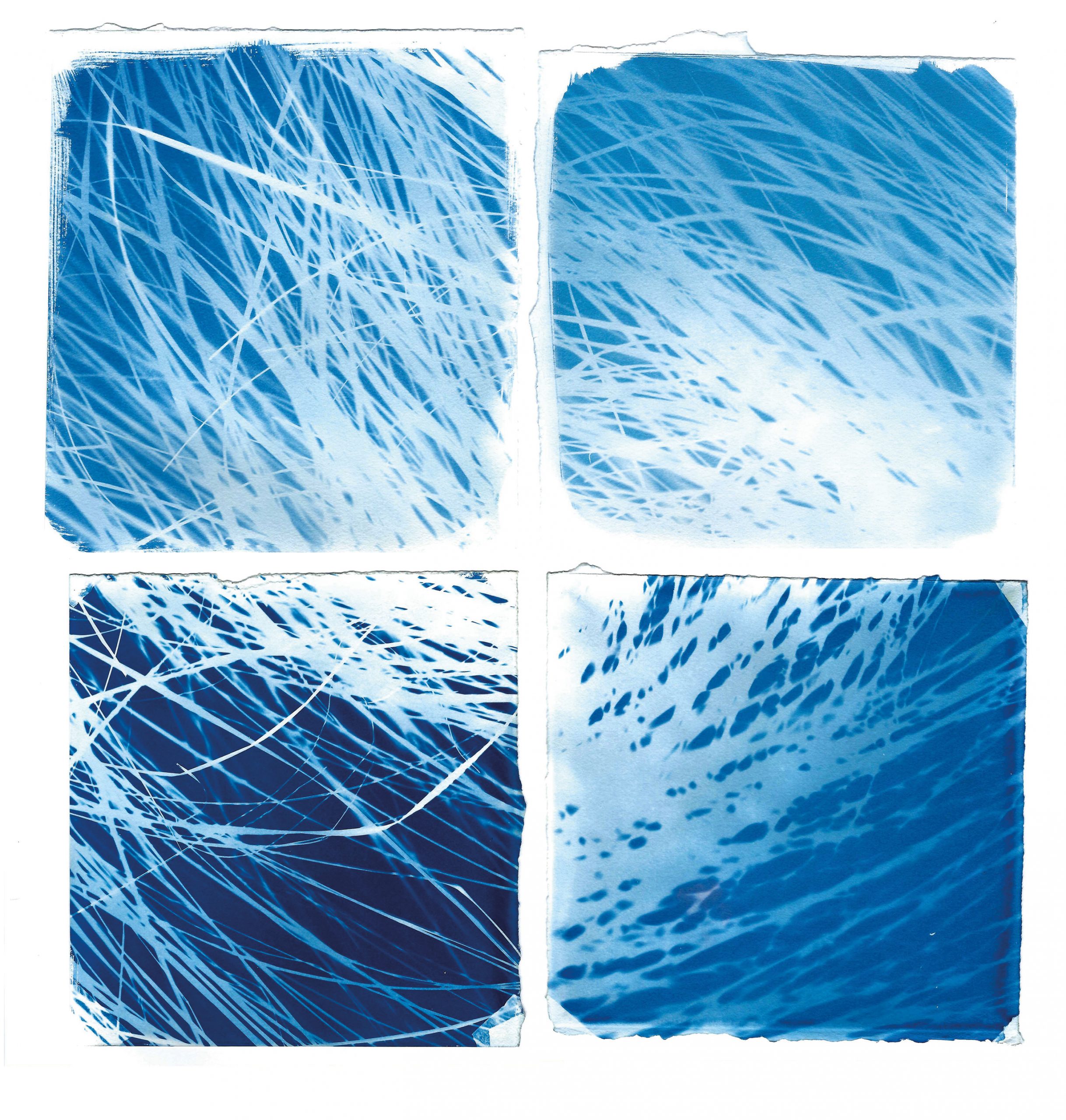