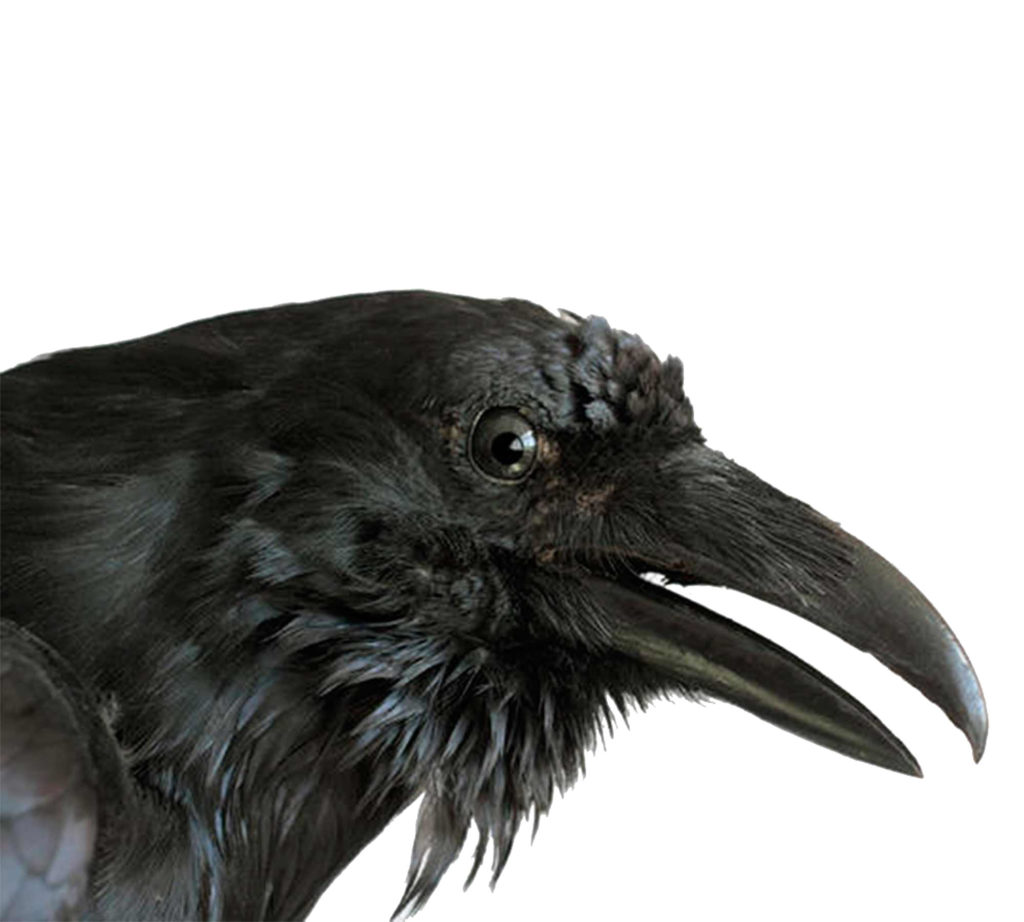 Richard Povall
is a sound artist, researcher and educator and the founding director of art.earth. His practice and research centre around the natural world and ecological systems and art practices. He was elected a Fellow of the Royal Society of Arts in 2010.
Share
I have sat back without comment as the onslaught of ‘eco-art’ has burgeoned, all of it well-intentioned but much of it ill-informed and based on poor (or non-existent) science. So much of this work has no nuance, no greys, and very little by way of cogent argument. In an era where ‘truth’ is often placed in inverted commas, because as a society we seem to have lost any sense of what the word means, factoids and opinions based on little more than gut responses or intuition abound as absolute truth.

I suppose I’m bothered by these simplifications of the functioning of the natural world – all meat-eating is bad, we were never meant to consume cow’s milk, fox hunting is a plaything for the upper classes (‘the unspeakable in pursuit of the inedible’ according to Oscar Wilde) – because for much of my adult life I’ve been a rural dweller. Increasingly, we tend to reflect the knowledge of our tribe, and tribal knowledge is often narrowly defined and bucks little in the way of opposition. And I’m very much of a tribe of the non-mainstream where rejection of received (or lazy) wisdom is the common cause. I’m absolutely with the tribe in my views on Trump and American neo-colonialism, on GM foods, on Brexit, on recycling and re-using and shopping local and well… I suspect you know the rest.But my tribal instincts are blurred by my neighbours and by the places and communities in which I’ve lived and the friends I’ve had and the people I’ve interacted with. I know that grass-fed pasture-fed beef is not the same as grain-fed feed-lot hormone-laced beef; I understand that both place a burden on the planet, but that the environmental cost of the former is so much less than the latter. And yet, when the tribe spews the accepted knowledge about meat, it is only the story of the worst practices that are reflected. I know that fox hunting as it was traditionally practiced in the UK (and still is, to a large extent) had little to do with class (perhaps plenty to do with feudal structures, but that is not the same thing) but had a great deal to do with keeping horses and the horse-stock healthy, fit and strong, and ridding the land of less-than-healthy foxes and others who are considered to be vermin (unlike many others who attack livestock and crops, foxes kill far more than they will ever consume and are therefore inherently ecologically wasteful, rather like Homo sapiens, many of whose activities could also be classed as verminous in this sense of the word).Just as I had found myself becoming increasingly irritated and lacking in patience with the contemporary art world, finding so much of the work empty, vacuous, and plain silly, so I found myself becoming increasingly irritated with a great deal of so-called ‘eco-art’ which seems to be neither particularly ‘eco’ (in the sense that it is all too often based on ‘intuitive’ tribal knowledge rather than on ecological fact, and rigid in its thinking rather than fluid and open) nor good art.

art.earth grew out of a simple imperative: I felt the need to create a vessel for artists and organisations whose work focuses, or reflects, glories in, worries about, or dwells in this glorious troubled planet on which we live. This vessel is leaky, a bit porous, and probably not very seaworthy, but is nevertheless here to facilitate and support, to encourage and to cheer-lead those who wish to experiment and be bold and acknowledge and revel in the complexity of the questions at hand.

Above all, my original intent was to provide support for work that wasn’t about single-issue environmental tales: not about climate change, not about pollution, not about food.

It’s an attempt, in some way, to redress a balance, to create places where art and the environment can be talked about in forums where sloppy thinking could be challenged or interrogated, where scientists and philosophers could be as much at home as artists. I’m not sure we’ve achieved this yet, but we have gone part of the way and when designing our events or curating our exhibitions we do at least weed out sloppy thinking and ‘intuitive facts’ at an early stage.

In Other Tongues (June 2017) was our third symposium and came from a place that was entirely intuitive on my part: that the languages and knowledges of other-than-human were rich, meaningful and poorly understood by us. I worked with Mat Osmond and with a committee of artists and academics who brought rigour to what was originally quite a flabby idea. They also brought clear thinking and a degree of ruthlessness to the selection of presenters and others who shared their idea at the symposium.

This opening keynote from Prof. Wendy Wheeler exposed many of the themes of the conference: that animals, plants, fungi, bacteria – the stuff of life – are far from being mere living machines, but are semiotic, interpretative systems. ‘It turns out not to be so strange that humans have made art and song, because the nonhuman living systems from which humans have evolved are organised via structuring principles that are much more like art, music and poetry’ she told us. Prof. Wheeler introduced this new world of biological, cultural, human and more-than-human living meanings that biosemiotics uncovers and explores – Wordsworth’s ‘mighty sum of things for ever speaking’.

Our other keynote speaker was poet Alyson Hallett who explored the relationship between the human body and stones: how we interact and how we communicate with one another.  ‘At many times in my life,’ Alyson says, ‘a stone has acted as a compass and pointed me in a direction I might not have taken if I hadn’t listened to it.  What did this listening entail?  What did I hear when I listened?  Was it a stone language?  Or was something in my own imagination drawn out by the stone?’ Instead of seeking to identify answers, she instead meandered along probable and improbable pathways in search of a door that we can slip through and, if we’re lucky, find something we didn’t know we were looking for. And all of this coming from a place where the boundary between the physical and the metaphysical became ever more porous and ever more delicious.

These two approaches were in every sense bookends: as an academic theorist, Wendy Wheeler’s paper was challenging, deeply researched, and the result of a lifetime of thought. Alyson Hallett’s paper also reflected a lifetime of practice, but was utterly unafraid to talk about relationships and communication with objects other tribes would view as inert and inherently devoid not perhaps of meaning but of any ability to communicate or have agency.

Others explored sonic worlds, the penumbral, our animal selves, animal language, and material worlds of field, water, fungi. A number of presentations talked about the prevalence of animals in our myths and stories and their relevance today. Many explored animal being.

Surely all this was ripe for slippery truths, for the ill-expressed and ill-conceived – a factual void. Certainly at the first stage there was a great number of proposals that arguably fell into these categories, but what ultimately emerged was a collection of papers and other presentations, workshops and performances that provided opportunities for new physical and metaphysical explorations without any loss of connection to ground or intellectual rigour.

And for me this is redressing yet another balance. In a life that has embraced far too many academic conferences, I generally found them reflective of the academic world in general: competitive, point-scoring, bitchy, and rather depressing. I so desperately wanted art.earth events to have a different flavour than this rather bitter-tasting one. And so, it turned out, did everyone who became involved.

I’m struck, bowled-over, really, by the openness and generosity of spirit that accompanies these symposia – and our leaky vessel in general. I feel a huge debt of gratitude towards all those who take part and somewhat fearful that the magic will one day dissipate. Thus far, it has held as we have transitioned and grown. Perhaps some of this is due to remaining very open to styles and forms of presentation while not accepting obfuscation and language that has little meaning other than for the fully-initiate. Perhaps it is the setting and the fact that we roam across the ecological richness of the rural Dartington Hall estate. Perhaps it’s because England’s southwest peninsula is something of an edgeland – getting to us is hard and arduous and exhausting and the arriving a reward in itself. Perhaps it comes from selection, and self-selection and the openness of the participants. Perhaps it’s to do with ensuring that there are many ways of attending the event without necessarily paying the full registration rate. Perhaps it’s about tone. Perhaps it’s about flavour. There’s no bitterness here.

But perhaps it’s also it’s about ecology. When I use this word, I’m talking about ways of being, ways of paying attention and ways of interacting. I’m not speaking of ecology as a single truth or a set of scientific understandings but as an openness to knowledge, to organic process, to blurred edges and porous boundaries. I believe the events we create are ecological experiments, tickling the edges between rigorous thought and tribal knowledge. And above all they are about how we live here, on our planet, with our friends, family and cohorts, with our shared and separate knowledges and ways of being.

For more information: art.earth, In Other Tongues. 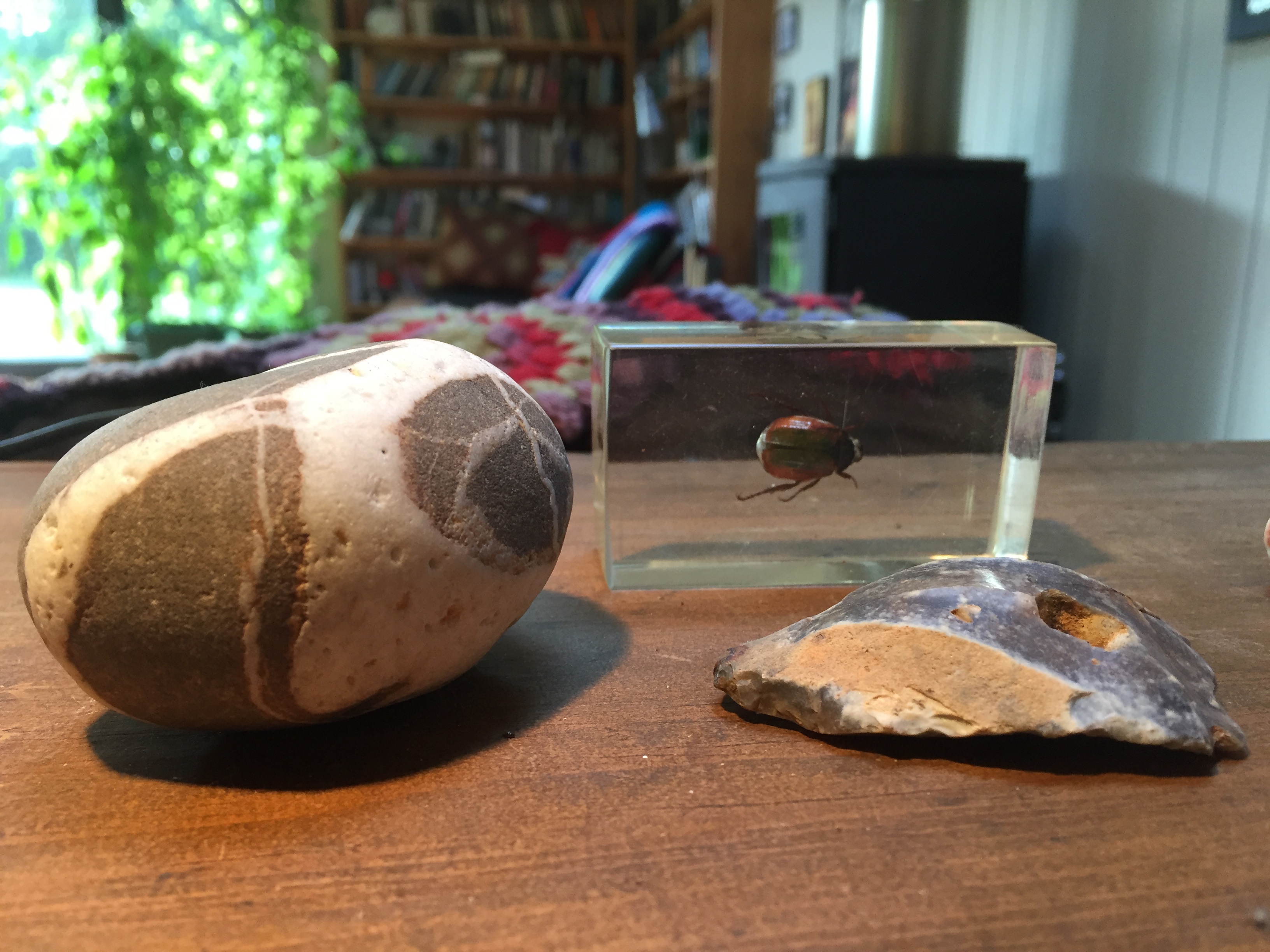 Ecologies of Meaning and Loss

Wendy Wheeler
Biosemiotics, which bridges the sciences and the humanities, is a new field of study and a new way of understanding the world.
In Other TonguesOther Kingdoms