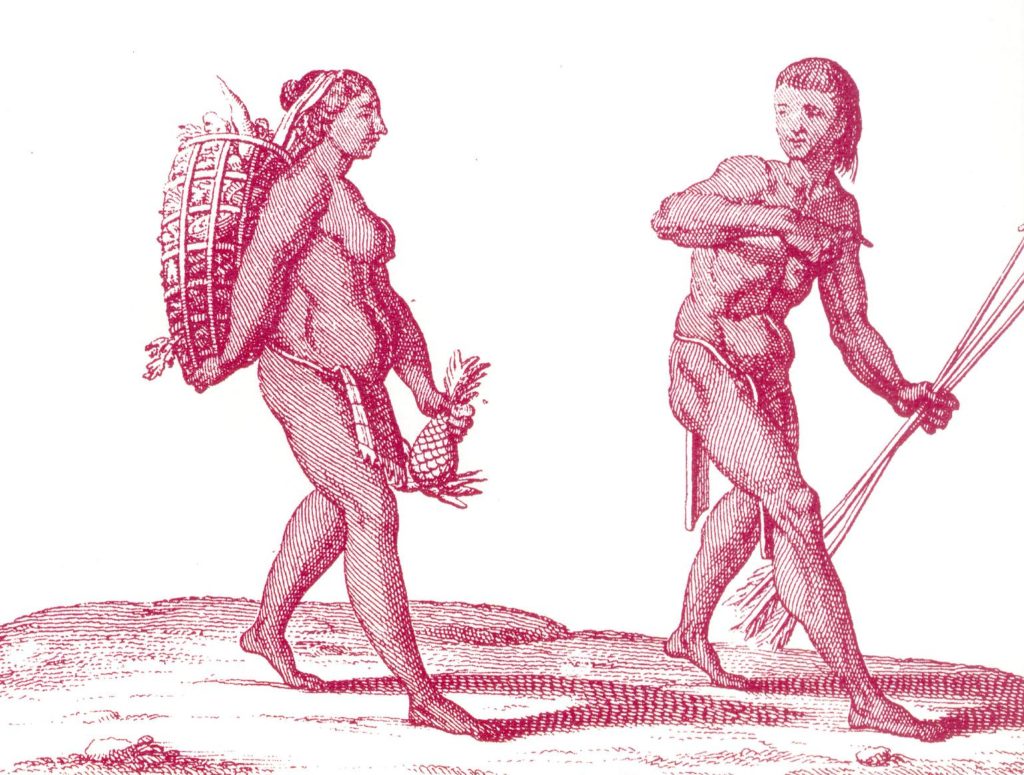 ali'na hunter-gatherers by Pierre Barrère, courtesy of Wikimedia Commons
Ramon Elani
lives with his wife and son among the hills and forests of Western Massachusetts. He holds a PhD in literature. His doctoral work focused on critiques of civilisation and continental philosophy.
Share

We can never recover an old vision, once it has been supplanted. But what we can do is to discover a new vision in harmony with the memories of old, far-off, far, far-off experience that lie within us.
— D.H. Lawrence

All things are full of gods.
— Thales

One existence, one music, one organism, one life, one God: star-fire and rock-strength, the sea’s cold flow
And man’s dark soul.
— Robinson Jeffers

For the last three decades, anarcho-primitivism, a particular subculture that developed out of the anarchist community in the American Northwest in the 1980s and ’90s,  has been the dominant form of anti-civilisation critique. During this period, the crisis of techno-industrial society has intensified to previously unimaginable levels. For those of us who are enemies of civilisation, we are sure of the problem but the solution is less clear. Many anarcho-primitivists have adopted the tactics of other anarchists; property destruction, sabotage, tree-sits, vandalism, and other form of direct action. The underlying idea that motivates these actions is that they will eventually cause people to ‘wake up’ and recognise the oppressive nature of civilisation. As such, anarcho-primitivism orients itself as an essentially political movement. In this essay I will argue that the critique of civilisation must be liberated from all politics and reframed solidly within the context of religion and spirituality, that primitivism must part ways with anarchism.

While certainly acknowledging its impact on the natural world, anarcho-primitivism tends to emphasise the ways in which civilisation is harmful to humanity: alienation, poverty, depression, mass shootings. Hunter-gatherer society is held up as a ideal of perfect human happiness and equality while all forms of social injustice are linked to civilisation. Civilisation, in other words, is essentially presented as a social problem. It is conceptualised as a particular form of social organisation that has produced a number of undesirable circumstances. In this regard, anarcho-primitivism is no different from socialism or any of the other post enlightenment social philosophies that present a vision of society without suffering. Its critique of civilisation is based on what is best for humanity.

This is a problem because at the root of the civilised consciousness is the idea that human beings are the most important thing in the universe. Thus, if anarcho-primitvists continue to focus their critique of civilisation on its harmful effects on humanity and continue to champion hunter gatherer society as an egalitarian paradise, they will ultimately be perpetuating the belief that what occurs among humanity is more important than anything else.

If we accept that the life of a fly or a speck of moss is as important as a human life, as I suspect most anarcho-primitivists do, we must also accept that we have left the realm of politics behind. In this context, the concerns of human society, the specific struggles of this particular group or that, are irrelevant. I love the earth more than I love humanity. At the core of this position is a fundamentally religious attitude that I believe primitivists should embrace.

Animism is the belief that all natural things — not made by humans — have souls: trees, ferns, grasses, rivers, mountains, pebbles as well as all creatures. Everything in the world is sacred and nothing more or less so than anything else. This understanding of sacredness is not dependent on any particular idea of god, it is simply the acknowledgement of the divinity in all things. And this divinity does not need to be substantiated or proven. As the ancient daoists understood, any attempt to say ‘what it is’ must be doomed to failure. The dao that can be named is not the dao. We, as creatures of civilisation, have been conditioned to accept nothing without precise definitions and convincing logic. This desire is the desire of the scientist, the engineer, the technician.  Likewise, the soul that can be named is not the soul. Any definition of this soul or divinity that exists within all things must necessarily be hopelessly limited by human consciousness and language. Though perhaps we can say, like the ancient Greeks, Romans, Hindus, Jews, Chinese, and others, that the concept of the soul or spirit is related to the breath. And, if we quiet the mind and listen carefully, we can perceive the breath of the rocks, the streams, the desert sands.

Historically, animism has been tied to particular places, specific mountains, specific rivers. There are as many different animisms as there are tribes and peoples. As such, any particular animism cannot be universal. The animism of one particular tribe of central American peoples cannot be the same as a particular community of Scandinavians or Mongols. In this regard, however, we can think of the zen koan: the finger can point to the moon’s location but the finger is not the moon. The finger matters little; the moon is really the thing. In other words, the particular animistic spirits of a particular community are merely the finger. We must look to the moon: the universal sacredness of the earth.

Until now, anarcho-primitivism has insisted on engaging in the realm of intellectual arguments. For all that critics of civilisation reject the social and cultural structures that dominate our lives, there is a strong tendency to tacitly accept certain civilised modes of thought, namely secularism and empiricism. In much anarcho-primitivist literature by seminal writers such as John Zerzan and Kevin Tucker, there is a clear commitment to demonstrating truth through the presentation of valid empirical evidence and persuasive logic. Appeals to reason are made. Arguments are constructed and deployed. Facts gathered by experts are cited ad nauseum. These are the master’s tools, civilised tools, and history is the graveyard of the ideologies that thought themselves immune to the influence of the tools and tactics they used.

Anarcho-primitivists seek to ‘make their case’ to those who do not reject civilisation.  People that embrace civilisation do so not because they don’t have ‘the facts’. One could present thousands of facts ‘proving’ the relative happiness and ease of hunter gatherer life and not a single person would be willing to abandon their current way of life or even concede that the critique of civilisation has merit.

Ultimately it does not matter what hunter gatherers did or did not do. It doesn’t matter which historical societies were authoritarian or cultivated crops. The critique of civilisation should not be based on arguments. The critique of civilisation should be made based on the belief in the spirits of the earth. Civilisation is not bad because it causes groups of humans to quibble amongst each other and suffer. Suffering is an inescapable part of life and need not be lamented. Civilisation is bad because it is a war against the gods.

In their fervour to convince others anarcho-primitivists become increasingly dogmatic. They rage against ‘leftists’, they argue about veganism, they debate the relative merits of immediate-return economies versus delayed-return economies, they become hopelessly bogged down in endless bickering concerning the morality of violence, they delight and despair alternately in the face of new abhorrent technologies. As such, the critique of civilisation is utterly solipsistic. And it is not merely that anarcho-primitivists tend to theorise endlessly without any attempt to apply praxis. The few actions that one does see, as we have said above, are meaningless and only symbolic in the broadest and most vague terms.

It is time to give up writing pseudo-scholarly books, essays, and articles, fighting cops, organising protests, destroying ATMS, and setting things on fire. These are the tactics of those who wish to improve human society for particular groups of humans. These are not actions that reflect the belief that natural life is sacred.

The path has always been clear to those who choose to see. We must shun civilisation and the things of civilisation. In our hearts if not in the wild world itself, we must go into the forest and never come out. We must reunite our souls with the souls of the trees, the rocks, the streams, the dirt. We must meditate on our place in the cosmos. In doing so, we will not change the fate of this world but we will be, at last, true to our nature once again. The world of the Paleolithic hunter gatherers is gone for good. We cannot return to the past. But the gods that we once knew are still waiting for us in the wild places of the world. If we go to them, they will embrace us. 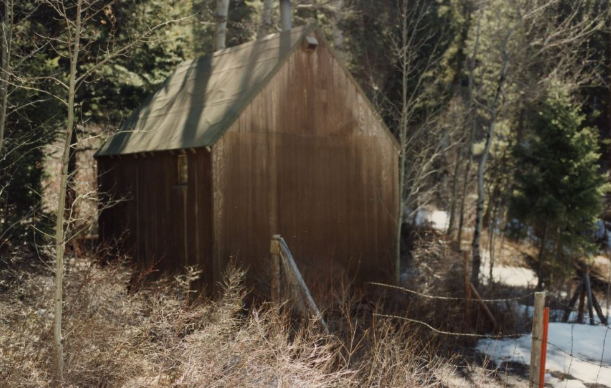 Ted Kaczynski and Why He Matters 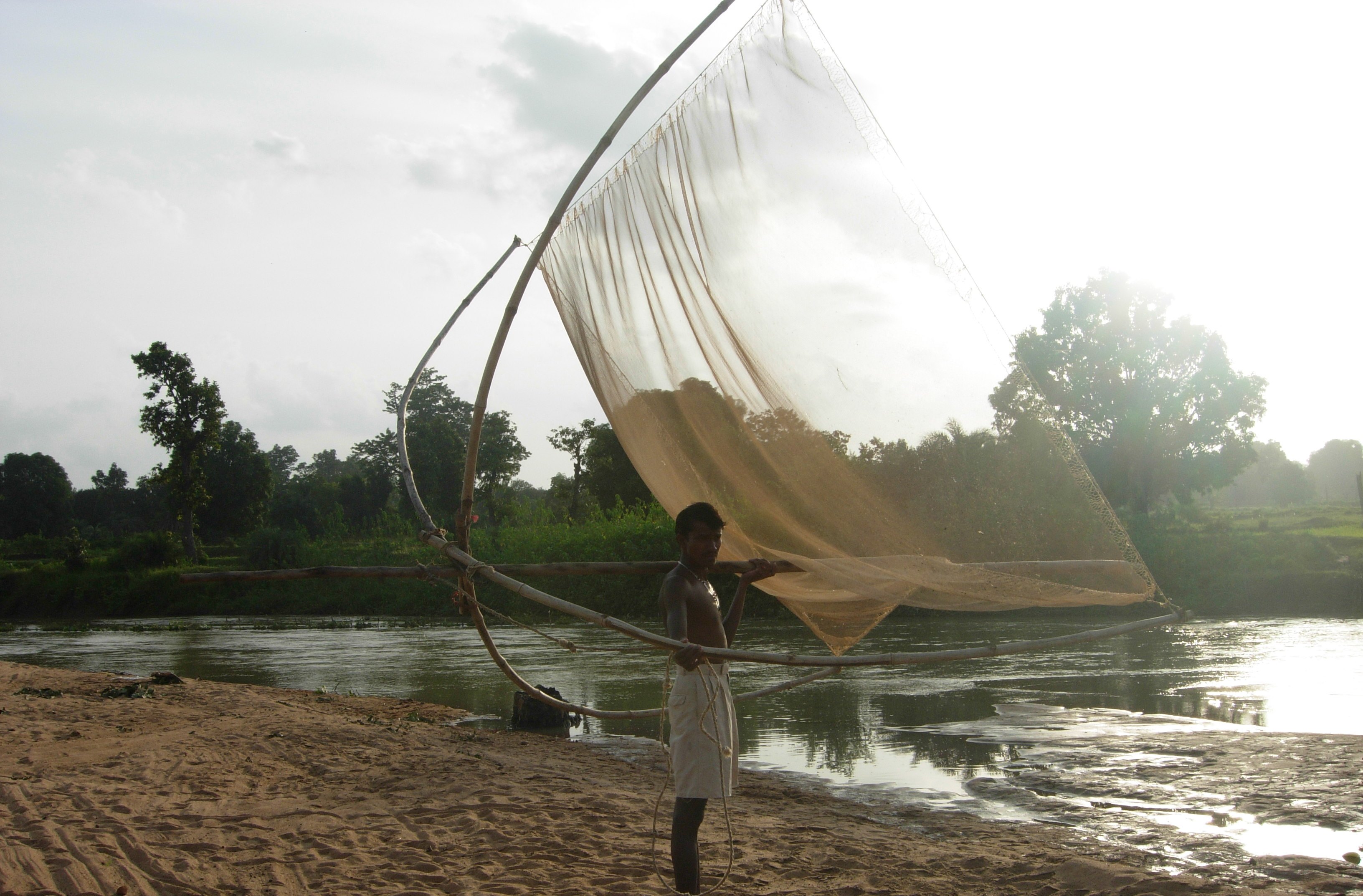 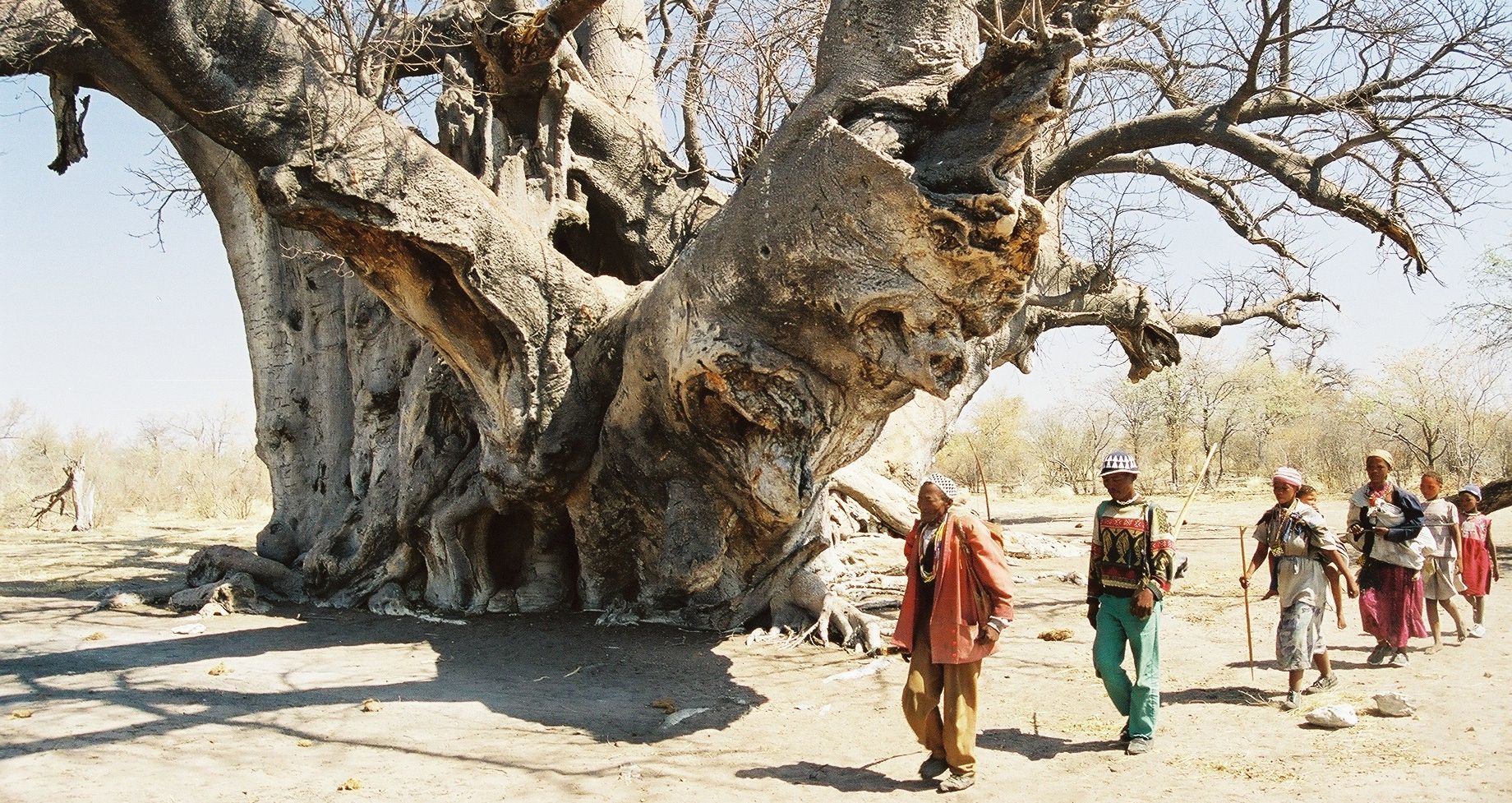 The Ik and the Old Way

Christopher MacDonald
Due to drought and disruption by national boundaries of the traditional cycle of movement, the...
Journeys 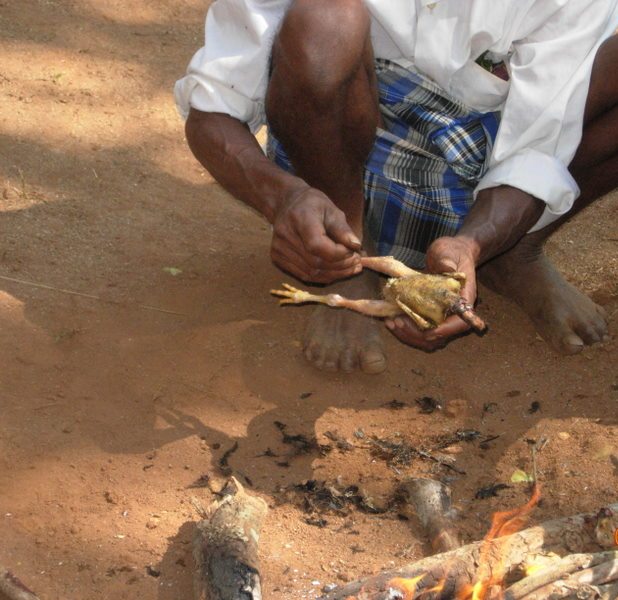