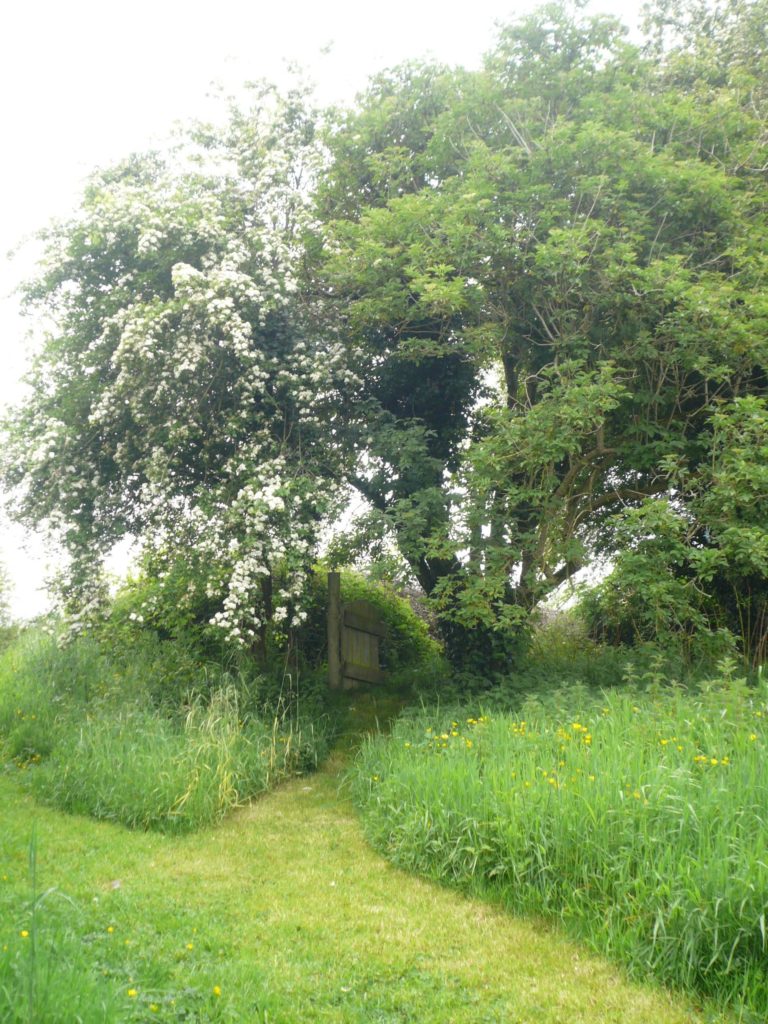 Smallholding by Paul Kingsnorth
Paul Kingsnorth
co-founded the Dark Mountain Project in 2009, and was one of the project’s directors until stepping back in 2017. His books include the Man Booker-longlisted novel The Wake and his collection of Dark Mountain essays Confessions of a Recovering Environmentalist.
Share

When we win, it’s with small things, and the triumph itself makes us small. What is extraordinary and eternal does not want to be bent by us.
– Rilke

Certain gardens are described as retreats when they are really attacks.
– Ian Hamilton Finlay

I recently tore the flush toilet out of our family home and replaced it with a compost toilet which I built myself. It is of the most basic variety: essentially, we crap into a big bucket and cover the crap with sawdust, then when the bucket is full I empty the contents onto a compost heap, where it rots down over the course of a year. At the end of that year, we should have a safe and nutritious compost to use on our fruit trees and bushes, on the fuel coppices of aspen and birch we’ll be planting this winter, and on the small native forest that we are planning to grow here for as long as we are healthy.

It’s a big job, something like this, and undertaking it has made me realise how much effort needs to be put into the most simple things, and that in turn has made me realise why the society I live in has become addicted to paying for complicated things instead, and how this has laid a great big elephant trap for us that we may struggle ever to get out of.

But I’m getting ahead of myself.

The first thing I did was to build a rectangular box out of planks and nails, and the remains of two kitchen cupboard doors which we didn’t need any more. There followed a lot of sanding and planing and painting and varnishing and swearing when things were the wrong length and hinges didn’t fit where they should have done. This took a few weeks, on and off, but at the end of it I had quite a handsome varnished wooden structure with two shiny blue hinged covers and a toilet seat on top. A five gallon brewing bucket fitted underneath.

Then I had to build a compost heap: two, in fact, so that we could keep an annual cycle of compost from the toilet going. I bought some old pallets from the timber yard up the road and carted them home in my van. That was a couple of days’ work. After I had finished, I stood back and admired them for about half an hour. I am a writer. I have never been a practical man, or have never believed I am, and I’m still at the stage where successfully completing a practical task fills me with astonishment.

Still, that was the easy bit. Ever tried taking out a flush toilet? It’s a messy job. In the end, a friend came round and devoted an afternoon to helping me to do it. He is a casually practical man, so the job went well. In the aftermath, big chunks of porcelain lay on the grass outside and all that remained in the bathroom was a blocked up outflow pipe and a gash in the lino. In went the compost loo, in went a bucket of sawdust, in went a wall hanging to cover the gaping holes, and voilà: a closed loop system.

The flush toilet, to me, is a worthy metaphor for the civilisation I live in. It is convenient, it is easy, it is hygienic and it is wonderfully warm and dry. It is the most luxurious pooing experience known to man. You can do your business and never have to think about what happens next: never have to think about what happens to the faeces and urine you have just produced, just as you probably never thought about the origins of the food which created it in the first place. You can act, if you like, as if you have never produced it at all; as if you were far too civilised to have to engage in such base and primitive behaviour. You can sit in the warmth, reading an amusing light-hearted book, then you can simply press a button, and you will never have to deal with your own shit.

What happens to a society that won’t deal with its own shit? It ends up deep in it.

A compost toilet is harder work. First you have to build the toilet and the compost heaps, and then you have to source a regular supply of sawdust or pine needles, which will keep the smells and flies away and give the compost enough bulk on the heap. Most importantly, you have to empty the bucket when it gets full, which is every few days most of the time. This is the part of the job which really seems to disgust those of my friends and family who can’t understand why I have disposed of a perfectly good toilet and replaced it with something medieval.

But it’s also the part of the job that I enjoy the most. I’ve noticed myself getting almost excited as the bucket approaches being full. Emptying the thing on to the compost heap, covering it with grass, inspecting the progress of the heap so far, cleaning and replacing the bucket, putting a new layer of sawdust in the bottom: would you believe me if I told you this was a satisfying process? Anticipating being able to use the results on my own trees is almost thrilling.

If a flush toilet is a metaphor for a civilisation that wants to wash its hands of its own wastes as long as they accumulate somewhere else, then a compost toilet is both a small restitution, and a declaration: I will not turn my back on the consequences of my actions. I will not hand them over to someone else to deal with. I will not crap into clean drinking water and flush it down a pipe to be cleaned with industrial chemicals at some sewage plant I have never visited. I will fertilise my own ground with my own manure, and in doing so I will control an important part of my life in this world, and that control will give me more understanding over it. I will claw something of myself back. Even in the rain, even in winter, I will deal with my own shit.

In 2014, I emigrated. My wife and I moved with our two young children from urban England, where we had always lived, to rural Ireland. We bought ourselves a small bungalow with two and a half acres of land up a quiet lane. It was the culmination of a personal project we’ve been engaged in for more than half a decade: to find a way escape from the urban consumer machine we were both brought up in.

We wanted to live more simply; or perhaps just more starkly, because life here is rarely simple. Our kids were just getting to school age, and the idea of sending them to school to systematically crush their spontaneity and have them taught computer coding so that they could compete in the ‘global race’ made us miserable. We wanted to grow our own food and compost our own shit and educate our own children and make our own jam and take responsibility for our own actions.

This can all sound very cloying. Western middle class people going ‘back to the land’ is a modern cliché, and when we think we are hearing that story we tend to react in a particular way, positive or negative depending on our political or cultural persuasions.

Perhaps I am a cliché, but I’m not especially interested in other people’s expectations. I was brought here by many things, but one of them is a voice that has been whispering in my ear for years, and growing louder for the last few.

This voice tells me that I am one of the luckiest people on Earth. It tells me I am a middle-class man from a country grown fat on centuries of plunder, that I have a university degree, that I go to restaurants and have a laptop computer and an internet connection, and I can publish articles like this in magazines. In other words, I am somewhere up near the top of the pyramid of human fortune. And that in turn means I am up near the top of the pyramid of human cupidity and destruction which is driving the natural world to the edge.

What happens to a society that won’t deal with its own shit? It ends up deep in it.

One of the driving forces in my life is a deep love of nature. If you ask me to explain precisely what I mean by that, or why it has such a grip on me, I won’t be able to. But I could tell you about profound experiences I’ve had in forests and mountains, about the joy that rises in my heart when I see a hawk circle or hear the roar of an untamed river, and the misery that sinks into it if I’m trapped in a city or on a motorway. I could tell you about the occasional brief glimpses I get into the reality that I am a passing moment in an ancient, beautiful, terrifying whorl of life on a vast unknowable planet; that I am not an observer of it, but a part of its wide flow; that there is no such thing as outside.

This kind of thing is nearly impossible to put down on paper, as you can see. Once upon a time, many millennia ago, I suspect it would have been the default worldview, but today, it is a hard one to live with. The culture that I was born into is systematically dismantling the web of life itself, and as it does so it is dismantling my sense of meaning and many of the things that I love. My status as a middle-class consumer in a Western industrialised country means that I am part of this problem, whether I want to face up to that or not.

This is what that voice whispered to me, as once it whispered to Rilke: you must change your life. I came here because I can’t justify my complicity any more. I feel a personal duty to live as simply and with as little impact on the rest of nature as I possibly can. I’ve no interest in extending this duty to anybody else, or in preaching about it or politicising it, or in pretending that I am in any way pure or unsullied or even halfway competent yet at undertaking it. It is just a personal calling. 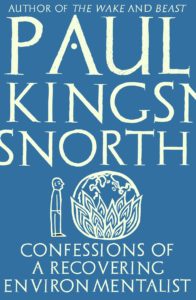 But perhaps it explains my joy at that full toilet bucket. I feel I am at last starting to do my bit, to make restitution, to walk the walk after so many years of talking the talk. I can’t write or talk about natural beauty, or natural anything, unless I’m trying to do as little damage to it as possible; and at this time in history, that means taking myself away from the heart of the beast. It means stripping back. It means inconveniencing myself. It means paying attention.

The full version of this essay appears in Confessions of a Recovering Environmentalist, published by Faber.

The Editors
Just published! Our anniversary edition, Dark Mountain: Issue 16 - REFUGE, celebrating ten years of uncivilised writing and art 'The search for a lexicon that not only explores the existential crisis we share, but also ... a deeper story about being human'.
Issue 16: REFUGE 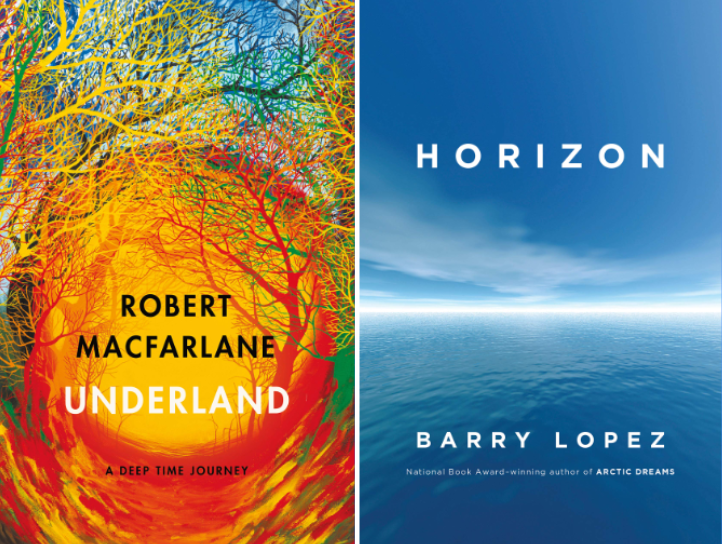