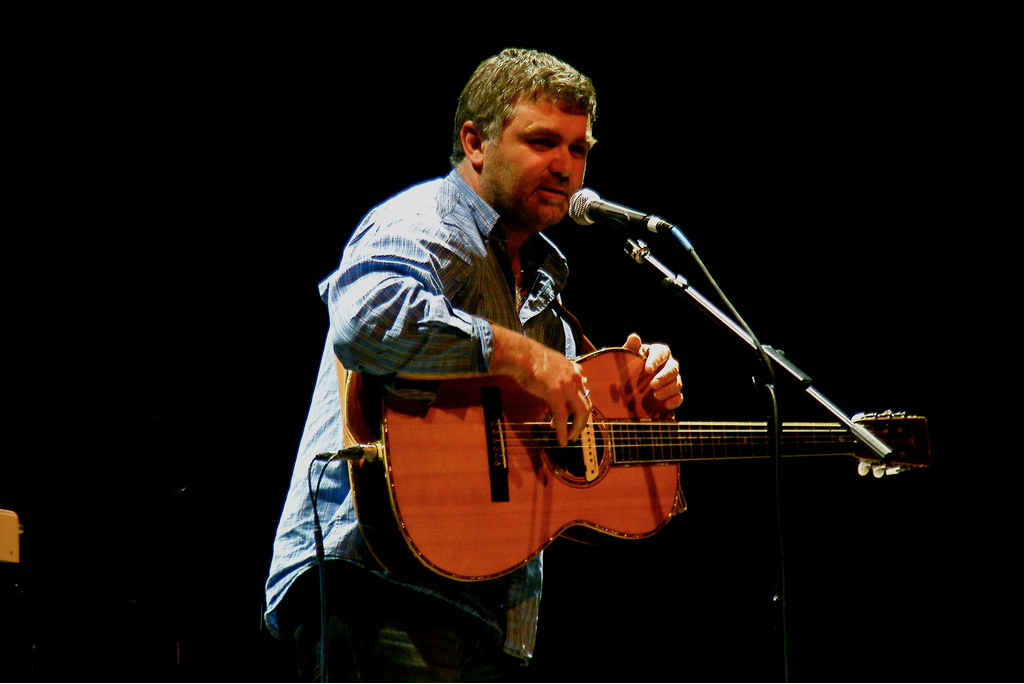 Paul Kingsnorth
is the co-founder of the Dark Mountain Project, of which he was director from 2009-2017, He is the author of nine books - three novels, two poetry collections and four works of non-fiction - all of which, it turns out, tell the same story: how we walked away from the wild world, and how we might get home again, if we can. He runs the Wyrd School which teaches wild writing and art and lives in the west of Ireland.
Share
I am exhausted, and doubtless I’m not the only one. I found Uncivilisation an intense experience. A knackering one too. Over 400 people gathered in Llangollen over three days and made something quite special happen. There was a wide range of voices and questions, and a lot of fertile ground was explored. It was, I think, a very good start.

I’d really like to know peoples’ thoughts on the event. It was hard to evaluate an kind of general mood – if there was such a thing – as I was run so ragged. I’ve started a feedback thread on the Uncivilisation network, as have other Mountaineers this morning (thanks all). Please let us know what you thought and what you think about the future. Or post on this blog, or send us an email.

I’m about to take a holiday until my head stops buzzing. At the moment I am full of ideas and thoughts provoked by the many people I met at the weekend. Thoughts, too, about how Dark Mountain is developing. One in particular stays with me right now: something Chris Wood said on stage during his intense and mesmerising set on Sunday night, and something which I’d discussed with him over some beers beforehand.

‘I wonder’ he said, ‘whether you’re trying to reinvent the wheel.’ He was referring to our declared search for ‘new stories’ with which to negotiate the age of decline. As a folk singer, Chris suggested that the stories we need might be out there already – that in past human experience we could find the narratives we are looking for, dust them off and re-engage with them.

The same point seemed to come up, from different directions, all weekend – from Alastair McIntosh, Adrienne Odasso, Jay Griffiths, Vinay Gupta and many others. I think they were right. While in many ways the things we are facing are entirely new – climate change, for example, or human-induced mass extinction – in other ways, they are ancient. Civilisations have fallen with regularity in Britain alone over the last millennium, and as they did so people wrote stories, sang songs, told tales to help them relate to what was happening. Those tales are still out there. Even the age of ecocide is not entirely unpredecented – humans have been doing the same thing, on a more local scale, ever since they evolved. Those tales are still out there too.

Digging, I think, is what we need. We’re not so much looking for something new as looking to re-engage in a new way with something very old. This is the image I’ll take away with me from this weekend – digging, looking for treasure beneath the soil, trying to unearth something that’s been there waiting for us. We excavated a good bit of topsoil this weekend, I hope.