Skip to content
Paul Kingsnorth
is the co-founder of the Dark Mountain Project, of which he was director from 2009-2017, He is the author of nine books - three novels, two poetry collections and four works of non-fiction - all of which, it turns out, tell the same story: how we walked away from the wild world, and how we might get home again, if we can. He runs the Wyrd School which teaches wild writing and art and lives in the west of Ireland.
Share
Some days it all gets hard to bear. All of it, I mean, all of it at once. Today is one of those days, so you’ll excuse me if I take a brief break from posting about the recent festival and deal instead with one of the threads that, I think, runs most constantly through this movement: despair, and how to manage it.

It’s no secret that a feeling of despair was one of the things that brought me to this project, and that led to its creation. It was the despair of an environmentalist who could see that environmentalism was failing and who had to work out how to deal with that. It was the despair of someone who felt he had no-one to talk to about his despair because, though many other people were feeling it too – oh, you could see it in their eyes however hard they tried to conceal it – it was never talked about. Activists do not talk about despair. No-one talks about despair. Despair, in a progressive society, is taboo. We do not want despair. We want hope. Hope, all the time. Hope, like a drug. Do not look down – look away.

The Dark Mountain Project began with a sense that we needed to look down, and not to flinch as we did so. This Project was created to build a place, a scene, a space, where people could mass to, among other things, talk openly about what they saw when they looked down and, if necessary, share that sense of despair without feeling that they had to leaven it with talk of hope, campaigning for change, goals, movements or activism. It was enough just to admit it, and see where it led. It was enough just to talk about it.

It is hard to live in this world sometimes, and it has become harder for me, personally, since I had children. I have two of them now, the youngest less than a year old, and I don’t like to think about their future. What I like to think about least of all is that they will never see some of the great wonders of the natural world that we are busy, all over the planet, eliminating from existence.

I live in England. It is where I was born, and I never seem to be able to escape from it, though often I want to. England is the most densely populated country in Europe. Every year, more of our green space disappears under housing, roads, superstores and warehouses. Our population continues to increase – nearly a quarter of a million new people moved into the country last year alone. We have no obvious way to support them; we have no obvious way to support ourselves. The southeast of England is officially arid. We plan to build millions more houses, a high-speed rail network, new roads, new retail parks. The government is in the process of unveiling a new planning system, the first in seventy years, which will contain one instruction and one alone: build. Any obstacles to ‘economic growth’ are to be effectively barged aside, even if they include hedgerows, fields, human communities. England’s Empire has long been dead but its legacy – the legacy of forward momentum, contempt for stillness, a dislocation that leads to a hunger we can never sate – that legacy will curse my kids generation as it has cursed mine.

I wonder where to go. I wonder whether to try and escape to some hill farm with my family. But I couldn’t afford it. A tiny cottage with a small field attached would set me back a quarter of a million pounds, if I had it. And there is no escape, anyway. Look out to sea and watch the turbine ranges march out across what was once empty water, teeming with fish. Most of the fish are gone now, like the hedgerows and the wild flowers and the wild birds and the butterflies. I still remember the butterflies. When I was a kid they were everywhere. When I was a kid, the milk bottle tops on our doorstep were pecked open every morning by blue tits after the cream. The blue tits have gone now, and the cream. We are officially healthier.

I apologise for my mood. I know it’s maudlin. I’ve just come back from a meeting of a community group that’s been eating up so much of my time over the last few months that it’s hard to keep on top of it all. We’re trying to stop a superstore being built in our market town, which would wreck the place – the kind of proposal I documented exhaustively a few years back in this book. We were fighting one superstore – now it looks like we’re fighting two. Sainsburys is coming too. It is fighting over some green fields with a bunch of housing developers. Hardly anybody really seems to care.  I wonder, often – I wonder when this ever stops. And the thing is, that I don’t think it does.

Increasingly,  there is no escape. I had planned an escape; a short one. Next month, my family and I are going away for two months. We are going to Chile, to the ancient temperate rainforests and then to the deserts of Patagonia. For once, we have the time and the money, and though I know I shouldn’t fly I am going to damn well fly this once because the wilderness in my soul is in danger of being developed to death by the suburbia of my mind. Patagonia: escape! These two words must be synonymous in the minds of many. Bruce Chatwin has a lot to answer for.

But there is no escape even at the ends of the Earth. Here is today’s news: construction of massive dams and powerlines is to go ahead in some of Patagonia’s wildest places, so that the Chilean economy may grow by its required 6%, doubling its energy provision to do so. Chile must, as we all must, compete in the global economy. My wife told my three-year-old daughter about this, unable to keep it in. My daughter suggested that all the animals which would be drowned or made homeless by the new dams could get on a plane instead and come over here. She said some of them could live with us.

She’s a hoot, my girl, and though I sometimes despair about her future, I know she’ll make it work, whatever it brings. Sometimes the people can get you through; people can be amazing. But her suggested solution to the damming of the wildlands seemed to me no more unrealistic than our global attempts to stop this Machine from rolling onwards, over everything that lives, until everything that lives is either gone or made Useful, ordered and silent.

Derrick Jensen asks a question of every audience he speaks to over in the US. ‘Hands up’, he says, ‘anyone here who believes that this society will undergo a voluntary transformation to a sane and sustainable way of living.’ The kind of people who go to Derrick Jensen talks never put their hands up, perhaps because they have gone through the despair themselves and found honesty on the other side. But most of society raises its hand to this question everyday, including most environmentalists. They have to. They are not ready not to, because keeping your hand down when that question is asked means accepting openly what you have long known privately: that this Machine will not be stopped, not by us and not by anyone. It will stop only when it wears itself out, because its engine is constructed from greed and ambition and restlessness and these things do not go into voluntary retirement. Every religion, every spiritual tradition there has ever been has recognised this, with good reason.

So that is my despair. What should I do with it? I can talk, perhaps with you. I can share it. I can write it down. But I can’t and won’t pretend that I don’t feel it. And I won’t replace it with something called ‘hope’ just because I can, or think I should. I can live my life well, be happy, love, work, do the things that matter to me. I can save some of the good things, if I try, I hope. But I can’t hold back the despair all the time. Why should I? It’s a response – a rational response – to what we are doing; to the world we are levelling. It’s the only honest response.

The despair leads me to the mountain, and the mountain shows me the lights of the city as it spreads and the mountain is dark, at least for now, because the lights have not yet come. If they do not come it will not be because we chose not to send them this way; it will be because we fell back into our own fires before we got a chance to send them out here, and profit from them accordingly. Increasingly, now, I hope the lights never come. I hope the world goes dark again and that when the morning comes none of the lights work ever again. Only the sun, and at night the stars, reflected in the undammed rivers. Now that – that would give me hope again. 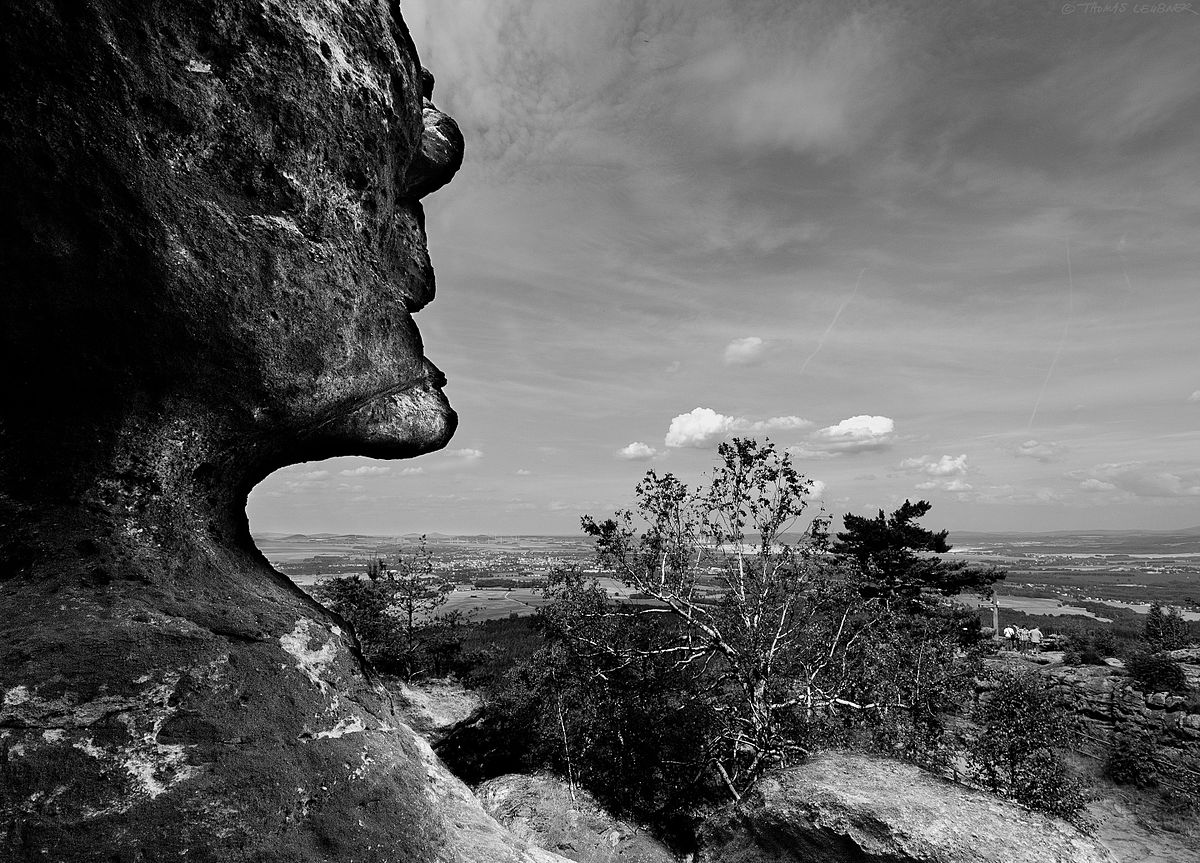 Ramon Elani
We ought to dance with rapture that we should be alive and in the flesh, and...
Dark Thoughts 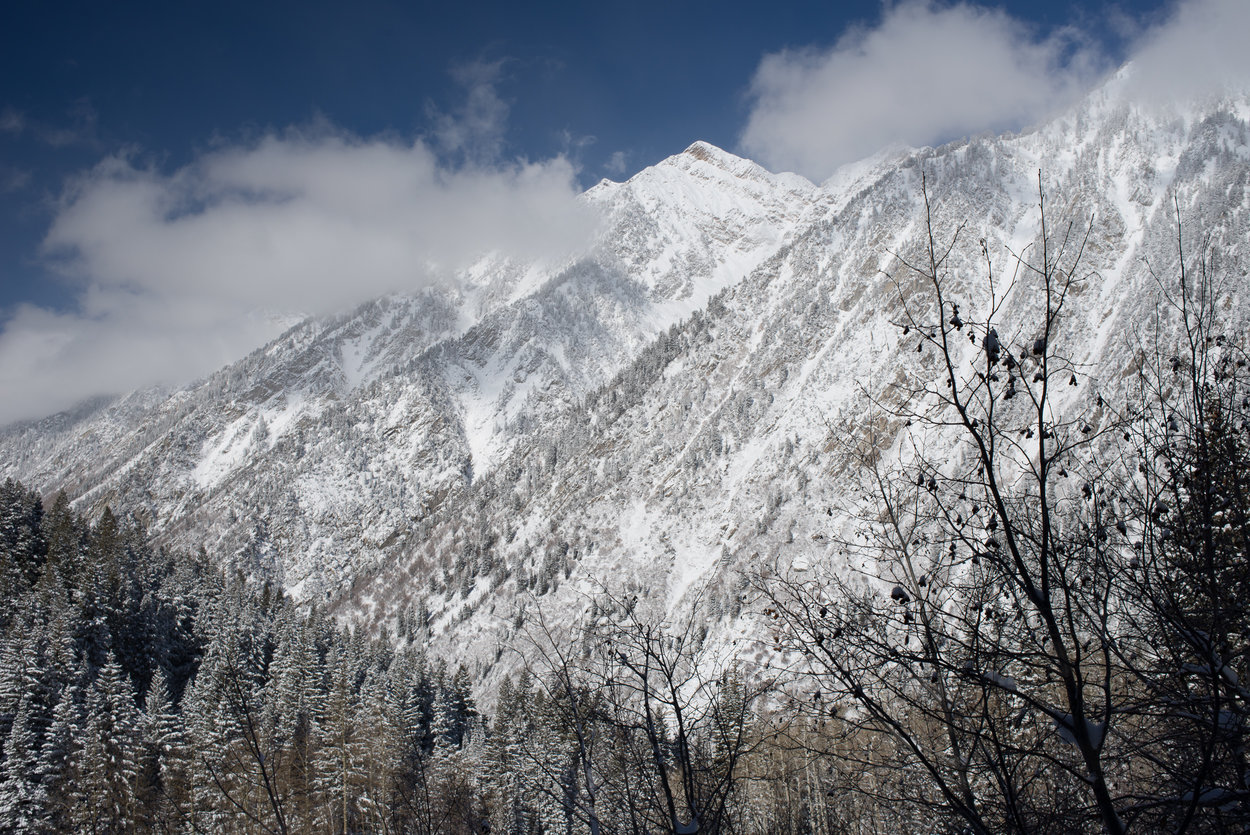 Will Falk
It’s been ten years since I packed my parents’ 1992 black Chevy suburban on a...
Journeys 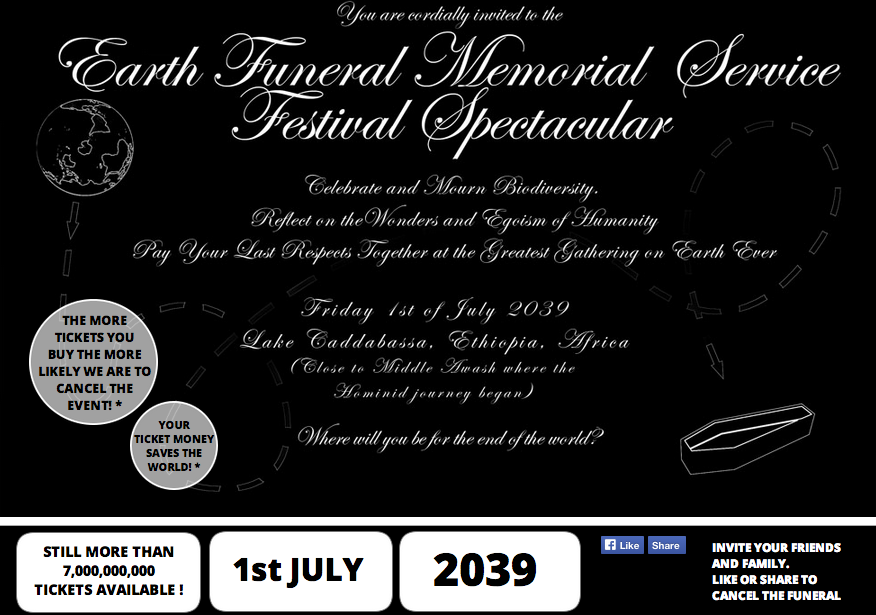 Henrik Dahle
You are cordially invited to the Earth Funeral Memorial Service Spectacular  We desperately want to cancel...
On Gathering