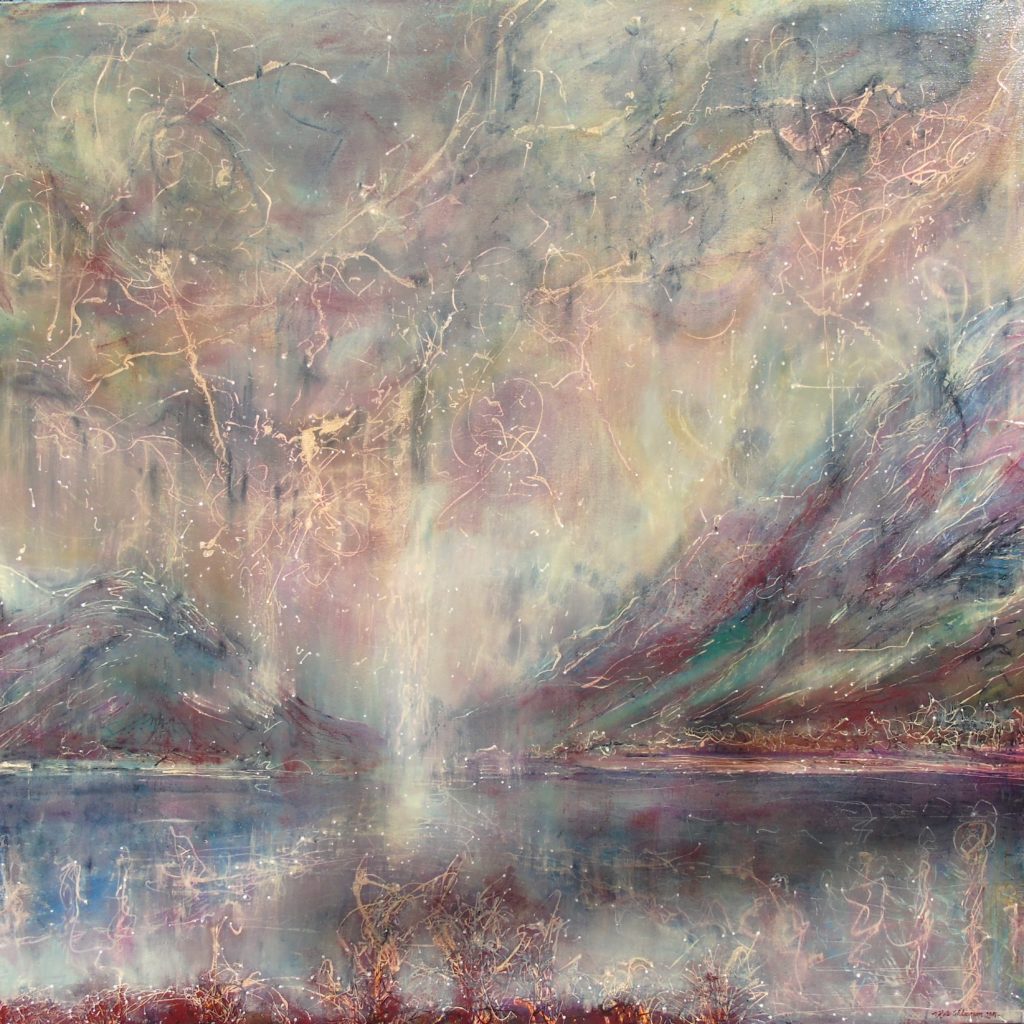 What is there left to say?

When Uncivilisation: the Dark Mountain Manifesto was launched a little over a decade ago, the mainstream rhetoric around environmental destruction and political breakdown was blandly complacent. Climate change was acknowledged as a problem, but one to which new technologies and the good sense of political elites were sure to eventually find a solution. The financial crisis had shaken confidence in the global political and economic system, but the conventional  thinking was that, once we weathered the storm, it would be back to businesss-as-usual. Few were willing to hear about the lack of an imaginal and mythic dimension in our public discourse, and those who did were likely to dismiss it as irrational, aesthetic frippery.

Things look very different at this end of the decade. After another ten years of broken environmental and climatic records, after a year and a half of Extinction Rebellion protests and school strikes, after the worst bushfires in Australian history devastated over 170,000 km2 of land and killed an estimated billion animals, after the ‘insect apocalypse’ and the endemic microplastics and the die-off of the Great Barrier Reef, there are signs that the full dismal horror of our environmental situation is beginning to penetrate the public consciousness.

Meanwhile, a wave of reality-smashing political grifters – appealing to the most troubling elements in the public psyche to a degree few anticipated – has swept across the Western world and beyond, while the global economy continues to stagger on, average incomes flatlining while the wealthiest get ever richer. As establishment thinkers cast about for explanations, they are beginning to suspect that their model of the human psyche as a rationalist, unfeeling agent is itself a fantasy.

With the terms of discussion having shifted so decisively, there is a sense, here at the dawn of the 2020s, of a change of chapter. As we said in the editorial of the 10-year anniversary issue, ‘we are not going anywhere’ – in the simple sense that we intend to carry on doing what we do, and also in the sense that ‘going anywhere’ has never really been the point of the Dark Mountain Project. Rather, it has always been a space held open for voices that would otherwise have gone unheard, for perspectives that do not fit the accepted frames, and for stories that speak to the reality of being human in these strange times. And, in these terms, we still see plenty of work to be done.

There is still a need, for example, for art and writing that helps us grieve for all that is being lost and will yet be lost regardless of where our course now takes us – whether musing on the shadowed lessons of a Dark Goddess, or pausing in contemplation over the corpse of a lone rabbit or fox. There is still a value in hearing the quiet voices of particular places, learning of the regenerative power in an abused piece of ex-industrial ground and the resilience of the human spirit in times of flood, war or sickness.

But this is also a space to explore new aspects of our global predicament, foregrounding fresh ideas, images and insights that might yet provide us with the hope that arises once the grieving has been honoured. One hundred years ago, the notorious German thinker Oswald Spengler wrote that he had chosen the title of his epic work The Decline of the West at a time when ‘the European-American world was infused with the trivial optimism of the Darwinist age’ – but that, ‘if I had to choose again now, I would try with another formula to strike at today’s equally trivial pessimism.’

How shall we live? What can be saved? What beauty and life might yet grow from the fallen trunk of this civilisation?

So it is that, while the Western world clothes itself in the latest gothic apocalypicisms, we present to you a volume loosely themed on ‘restoration’. Perhaps the most interesting questions now, once we have accepted the true state of things, are: How shall we live? What can be saved? What beauty and life might yet grow from the fallen trunk of this civilisation?

In these pages, you will read of the ways in which that very same mechanistic ideology that has caused so much harm has also blinded us to the ways in which ecosystems can be repaired. You will hear of how rivers can be helped to run again and hearts helped to heal; landscapes rewilded and broken bowls mended. Testimony will reach you from Iraqi marshes, Munich parks, Canadian forests and Kyoto dormitories, alongside tales of revivifying storms, rebellious communities and rejuvenated pigs. You will be invited to consider the peregrinations of ancient peoples as they sought refuge and revelation, and to take an astronomical perspective on our small world’s happenings.

The concept of restoration is not a call to believe in techno-fixes or the triumph of human supremacy. Nor is it a way to deny the damage that has been done, or to pretend that we can reverse the losses that have been visited upon this planet’s human and more -than-human peoples.

Rather, it has its roots in humbleness, in the ability to attend to the reality of these times so that we might see what useful action can be taken. At its best, restoration is a way to see opportunity within the grim crises that are unfolding; to find meaningful work to be done in service of life and truth; and to tend the much-abused garden of our world back towards wholeness with careful and circumspect actions, always alert to the possibility that what we had dismissed as weeds are actually the first shoots of new growth.

Violet Storm celebrates the powerful, regenerative forces in nature. It is the chaos of a storm bringing scouring rains to assist new growth, natural erosion and the dispersal of seeds. Native to New Zealand, the seeds of the kōwhai tree have a hard outer coating allowing them to float in the water. In a ‘Violet Storm’ the kōwhai seeds would be swept away by the deluge, scraping against rocks before they settle on a distant riverbank. The gentle battering they receive enables water to penetrate the seed casing and begin the entire germination process. What in nature has the power to destroy also has the power to restore.

Kate Williamson lives in a nature reserve in the South Island of New Zealand surrounded by native trees, birds and rushing water. Williamson describes herself as ‘a humble cave painter trying to capture the unrivalled splendour of Nature (the real artist) on canvas’
at a time when the body of Gaia, our home, is under threat of collapse. katewilliamsonart.com

The artist, in mourning for a wounded landscape, utilises lens-based self portraiture to explore our vulnerability as a species in a collapsing world. She enters the eucalypt forest on a mountain plateau and encounters a tree sculpted by bushfire. Drawing upon the burned tree’s steadfast ability to maintain deep roots in a regenerating landscape, the duo make first contact and vow to collaborate: to conjure the past to the present to envision the future.

Julie Williams is a photo-media artist living in the Vale of Clwydd, New South Wales, Australia. She utilises self-portraiture to immerse herself within the landscape to highlight the search for reconnection. Her work queries the spirit of place and how humanity can inhabit a place more fully. juliewilliams.art 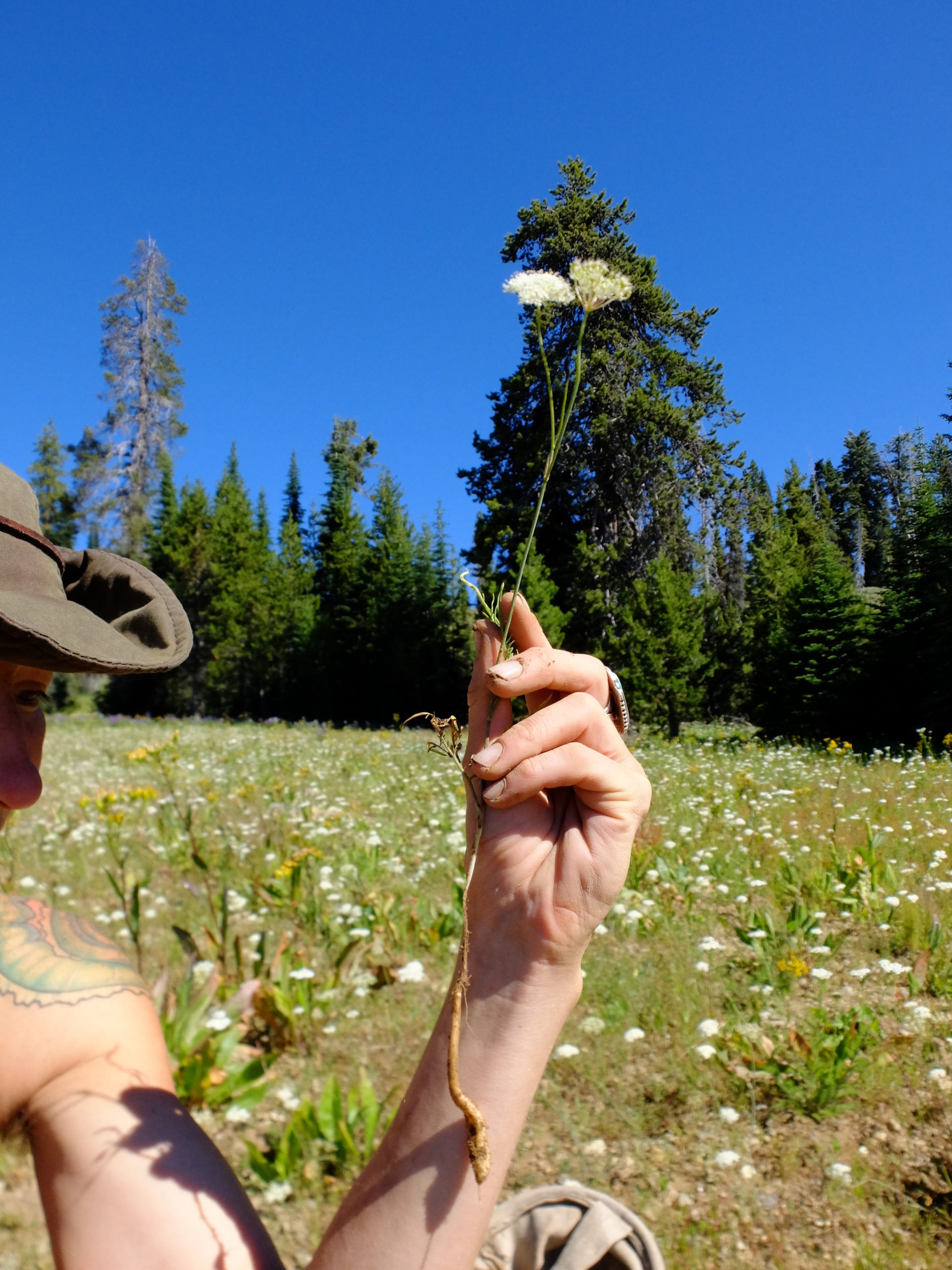 Weeds to Rewild You

Of Fire and Water

Miek Zwamborn and Neale Inglenook
Latest from our just-published issue 17, two pieces set in territories of flux, between fiction and poetry: a legion of seaweed in the ocean and a land and a people that have withstood fire
From Our BooksIssue 17 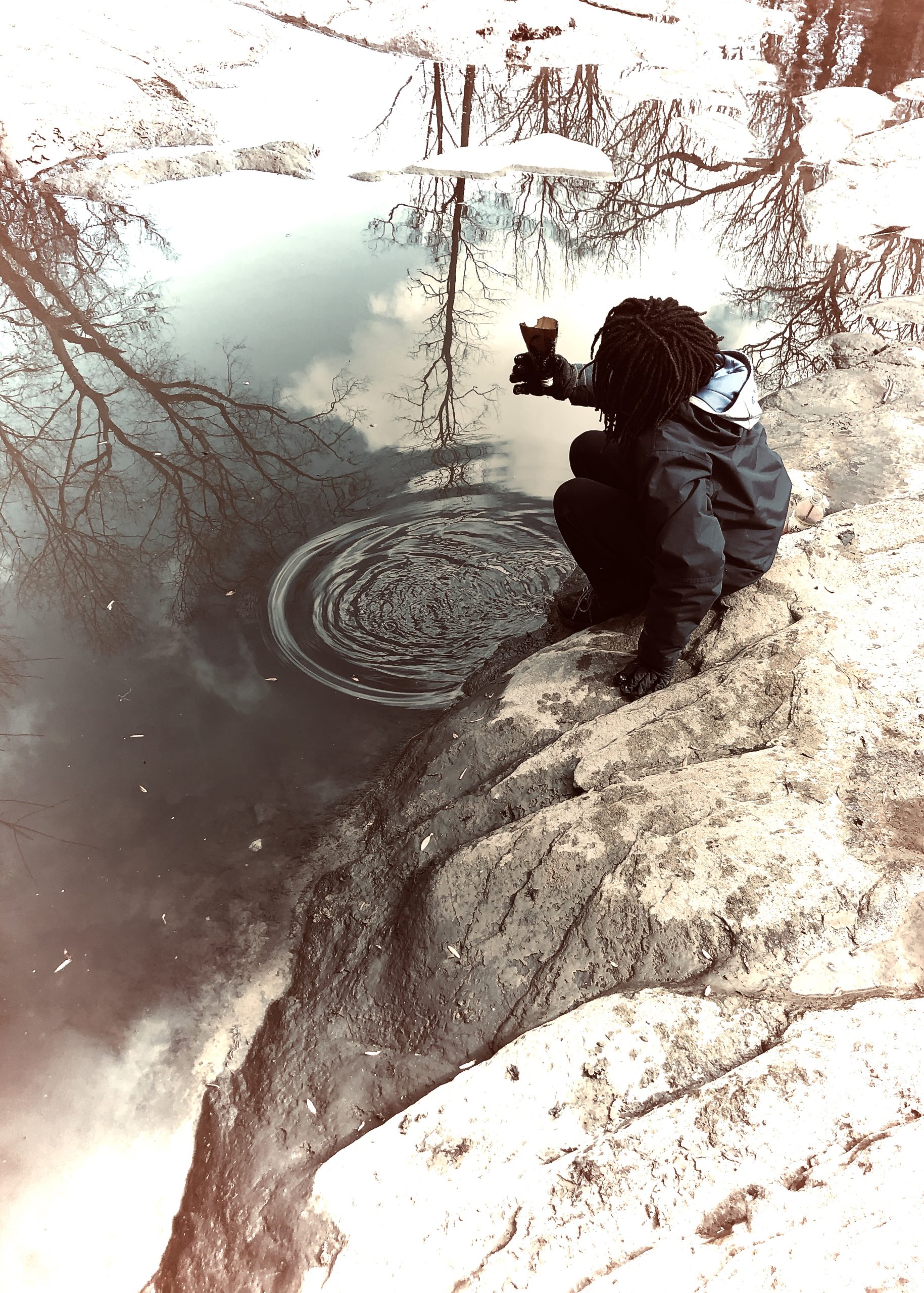 The Thing I Most Want to Remember 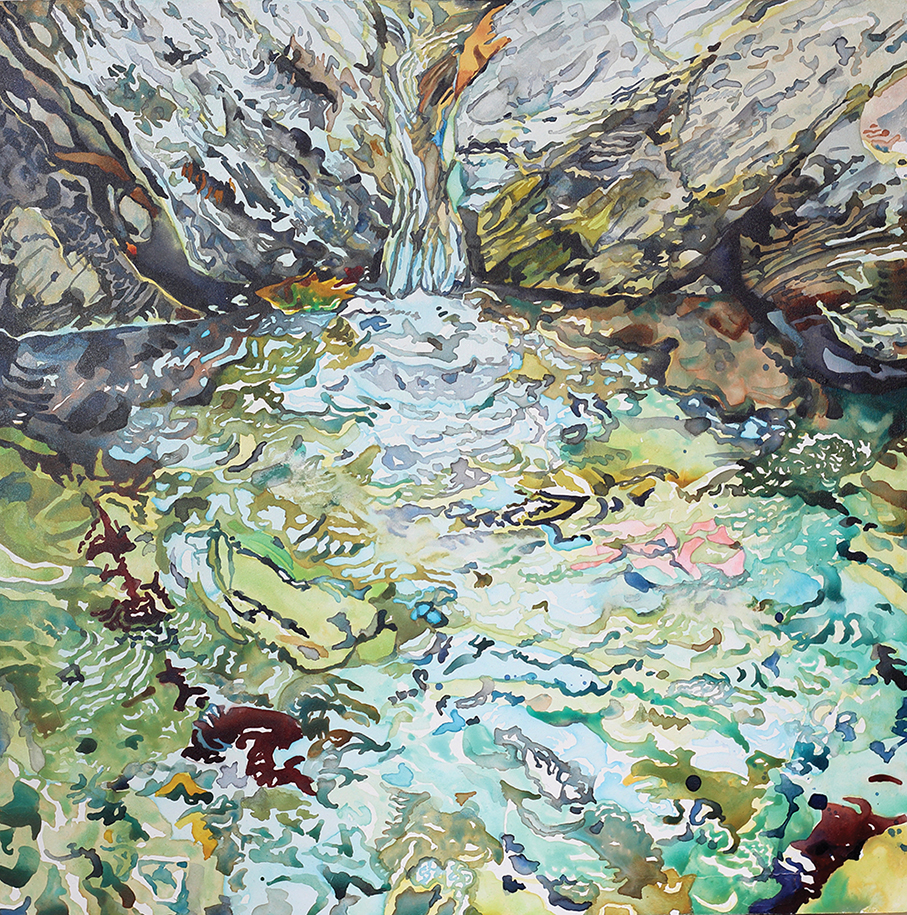 An Act of Resistance

Abigail McDougall
Artist Abigail McDougall moves from Bristol to the island of Thasos in Greece, and undergoes the challenges of shifting to an ecological way of life.
BelongingPlace & Time