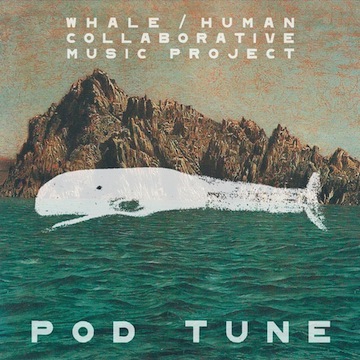 Harold Linde
creates new 'eco-myths' using multi-platform media and innovative storytelling to demonstrate how humans can creatively collaborate with other species and the environment. He has worked with organisations such as Greenpeace, Rainforest Action Network and United Nations.
Share
My childhood was steeped in science fiction.

My favourite was the original Star Trek. It shaped the way I looked at the world. Captain Kirk enrolled at Star Fleet Academy to ‘boldly go where no man has gone before.’ Following in his footsteps, I signed up with the Peace Corps, United Nations, and Doctors Without Borders. I eventually transitioned into environmental activism as protecting the world as a whole became my passion.

A fundamental concept of Star Trek always stayed with me. Nearly every episode featured some type of alien. The crew of the Enterprise regularly initiated contact, negotiated, dined, forged treaties, made love, and occasionally battled with highly-intelligent aliens — usually friendly, sometimes grumpy, and occasionally hostile. Aliens were just part of the universe. Aliens and humans comingled. Aliens and humans belonged together.

About three years ago I was hit by a sudden insight: we share our planet with a myriad of highly-intelligent, non-human, alien-like creatures. The most striking examples, in my mind, are the whales.

Whales are by nature profound. They have the largest brains and hearts of any species on the planet — and the largest songs*.

Humpback whales in particular produce complex vocalisations that can last for ten to twenty minutes and then get repeated for hours at a time — sometimes for an entire twenty-four-hour cycle. Scientists are still not certain about the purpose of the songs.

While we’ve been sending private rockets to the International Space Station and landing probes on passing comets, deep within the planet’s vast and unexplored oceans live enormously intelligent whales who seem to be waiting for us to engage them in conversation.

The idea behind POD TUNE was to take this conversation to a new level.

Over the years, I have helped groups like Rainforest Action Network, Forest Ethics, and Greenpeace with their story-based messaging. The impetus was showcasing how human actions are endangering ecosystems in addition to individual species.

With POD TUNE the objective shifted to creating an experience of interspecies communion through collaborative music.

Listen to ‘Altus’ by Loscil

The music would have to be accessible — sounding special and ordinary at the same time. Pure humpback whalesong is utterly fascinating, but I never play it all by itself in my everyday life. Whale sounds feel too otherworldly on their own at a dinner party, business meeting, or morning commute. POD TUNE would have to work equally inside a car, cubicle, bedroom, yoga studio, restaurant, and coffee shop.

The music would also have to be good. Eco-schmaltz or New Age sap would never suffice. Accomplished musicians from all over the globe would be called in to give different perspectives, but remain within a single genre. The final line-up would involve composers from the United States, Canada, Belgium, Denmark, the United Kingdom, Japan, China, and Taiwan. Ambient was the obvious choice as it is both well suited for whalesong and also enjoying an international renaissance.

Finally, I envisioned a sonic experience that could capture the imagination of a first-time listener. This happened to me in a San Francisco coffee house when the first notes of Radiohead’s Kid A drifted out of the speakers. I stopped working and remained transfixed until it ended — at which time I implored the barista to share the name of the composer and album. The POD TUNE album would likewise take audiences on a journey through mythic imaginary landscapes.

Many of the major whale researchers and institutions agreed to share the catalogues they had spent decades accumulating. Three years of experimentation eventually resulted in a cohesive album. Most importantly, the atmosphere it generated while being played interweaved just enough introspection and repose to allow it to be replayed many times without getting stale.

I’ve heard it innumerable times and I still enjoy being taken on the audio pilgrimage where two sentient species seem to inhabit the same soundscape.

Isn’t this an example of an evolved environmental philosophy that might lead our civilisation to affirming all kinds of life — seemingly ‘alien’ and human living and working together — just like Star Trek?

*Except for Thom Yorke who recently created a 432-hour song for an Australian art installation.

You can listen to the whole of POD TUNE on Soundcloud

or purchase the album here