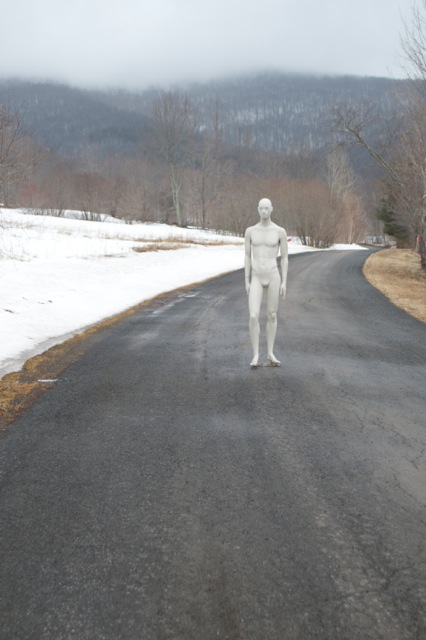 Mann by Robert Leaver
Charlotte Du Cann
is a writer, editor and co-director of The Dark Mountain Project. Her most recent book, After Ithaca is about recovering our core relationships with the mythos and sentient Earth, revolving around the Underworld tasks of Psyche. She teaches ensemble creative practice and lives on the wild salty edge of East Anglia.
Share
Dark Mountain: Issue 8 is our most visual book yet. Its pages are interwoven with paintings, photographs, architectural drawings, craftwork guidelines and illustrations. Alongside the eerily smooth lines of the technological world sits the rough beauty of maker culture; the ugliness of high-frequency transmitters on South London rooftops juxtaposed with a reconstructed iron-age smelter in Scotland, or a serried row of billhooks in a tool library in Cumbria.

In celebration of this edition here are seven glimpses into the collection and the stories that can shift our attention away from the trance of the mechanical sphere and back into physical and meaningful reality.

One of the original critiques of technology comes from the French philosopher Jacques Ellul. In an interview with Jan van Boeckel, Never mind where, so long as it’s fast, he tells the young film makers who are recording him:

Existence in a society that has become a system finds the senses useless precisely because of the very instruments designed for their extension. One is prevented from touching and embracing reality.  Further, one is programmed for interactive communication; one’s whole being is sucked into the system. It is this radical subversion of sensation that humiliates and then replaces perception.

The book charts some of the everyday fundamental things our hands can still touch and remember, from making sourdough bread to hanging out washing on a windy day. It shows too how artists can take ordinary materials and rework them, thereby reconnecting people with the living systems of which they are made: ink made from oak galls, deer parchment painted with birch smoke, mead made from wild leaves and raw honey.

Here the attentive hand of the furniture maker and artist Wycliffe Stutchbury pieces together slices of discarded trees and fenceposts for one of his giant ‘woodpaintings’, in an interview by choreographer Clare Whistler called Heartwood:

One of the main questions discussed in the book centres on time. Technology promises to ‘save time’. What happens when a faster, more efficient machine takes over the human task of engaging with the world? What relationship with the fabric of things is lost, with our creativity, with each other? In the photo essay The Walnut Project, photographer Manuela Boeckle documents villagers in the Perigord region in France cracking their local ‘Corne’ walnuts for oil: nuts that are too hard and too small to be processed on an industrial scale:

In The Craft of Slow Time, photographer Rob Fraser travels out to the edgelands of Tibet, Ladakh and elsewhere in search of people who still work with a deep connection to the land. Using a plate glass camera, a technology that has not changed for 100 years, requires him to engage with the subjects of his portraits and listen to their stories.

You can’t set up a large format camera, on its tripod, and stand there with a bright red cape over your head without first getting to know the people you’re going to shoot… The process of photography is also a process of kinship, talking, finding common ground.

It’s a long way from the digital clicking of a selfie generation:

But working on the edge also happens within highly-industrialied countries. Between the book’s essays, interviews and life stories, you can catch glimpes of baskets woven in the woods of Northern England, or the plan for a ‘yurpee’ constructed in the high desert of Arizona, or brief meditations on a pocket knife or geologist’s pick. On the edge of the Atlantic singer-songwriter Catrina Davies gets to grips with tech and (almost) off-grid living in My Tin Shed Technosphere:

Somewhere embedded in the material is a way to regain the meaning and freedom that technology robs from us. So long as we can place our (real) hands on it.

In A Quiet Industry, writer and voyager Sarah Thomas steers a project to catalogue the old agricultural tools belonging to Walter Lloyd. In her record she notes:

We are living through a unique time in our history where these specificities of place, language, skill and purpose are being lost to a homogenised and dislocated ‘being’ and ‘doing’ in the world, as we have largely relinquished responsibility for our existences to people and systems we have never met or held in our hands.

Dark Mountain issue 8 ends with one of the clearest insights into the limits of technology: unlike living things it is stuck in a closed system. In Love & Entropy, artists Horne & Draper chart the collapsing buildings of their native Doncaster:

Top image: Mann by Robert Leaver: ‘The mannequin strikes me as calm and knowing and when I place him in nature I feel as though he is a visitor from the future. He knows things here and now are headed in the wrong direction. His silence is eloquent and somehow soothing. He is an opaque scarecrow, a strangely graceful witness. Ishmael made white by the whale of what will be.’

There’s more where this came from in Dark Mountain issue 8: Technê.

For this issue Charlotte Du Cann  also wrote a story called Wayland and the Futuremakers about the mythical blacksmith and his flight to freedom. 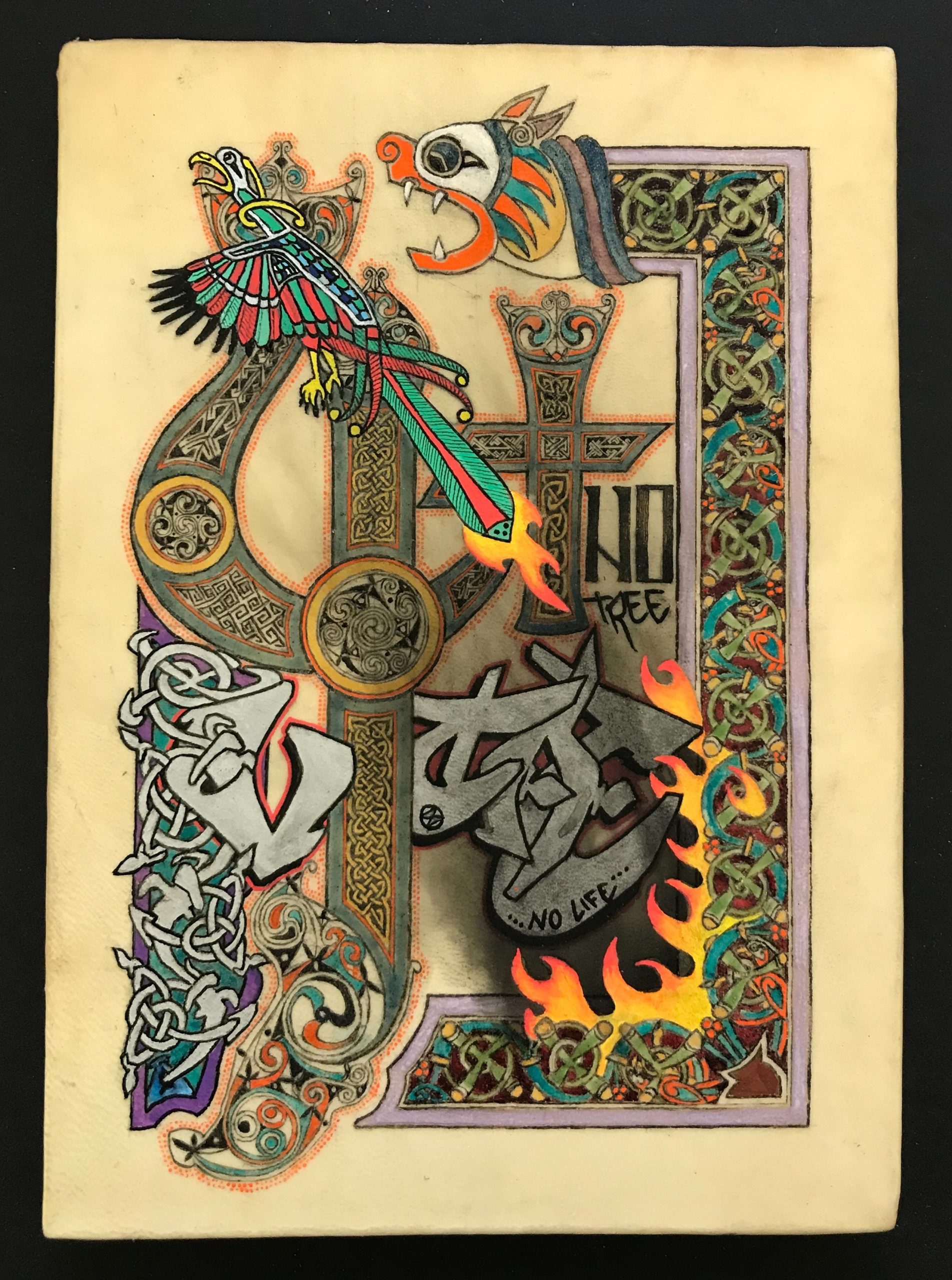 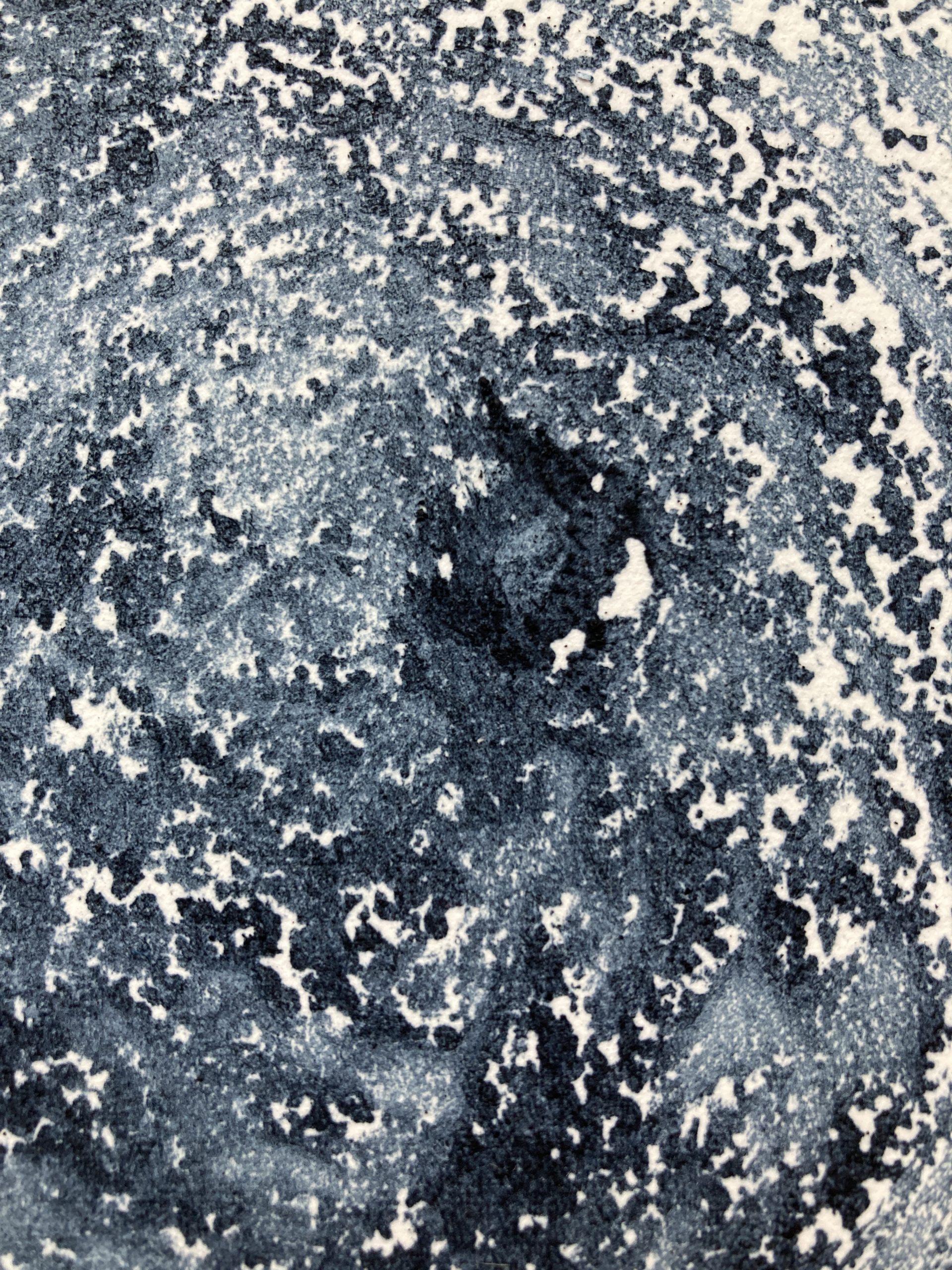