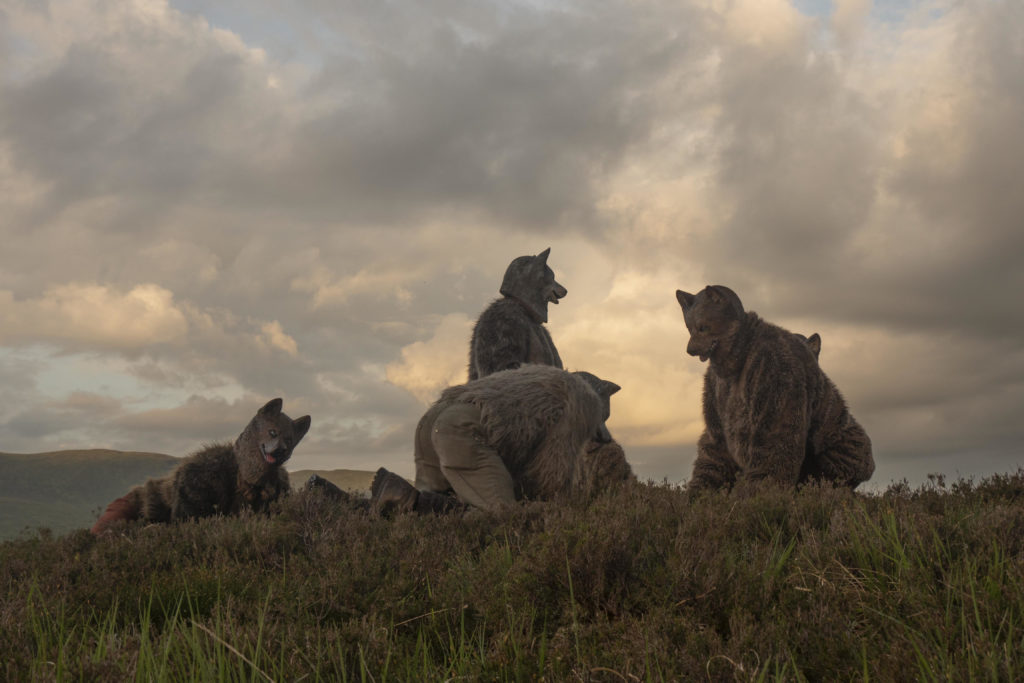 Photo by Jon Randall
Dougie Strang
is a writer, performer, and storyteller. He sits on the Dark Mountain Steering Group and has co-created and directed many of Dark Mountain’s on site performances, including Liminal (at Uncivilisation Festival) and The Night Breathes Us In (Festival of the Dark, Reading). He lives in South West Scotland by the River Ae.
Share
Rannoch Moor is a wide, elevated bowl that sits in the Central Highlands of Scotland. Rimmed by mountains, it’s a chalice that held some of the last ice of the last ice age. Ten thousand years later it’s still rising, a few millimetres a year: a long, slow decompression after the burden of a mile’s depth of ice. No roads cross the moor, but there is a railway line and the Glasgow to Fort William train trundles over it four times a day.

When the ice melted, the trees returned. The Black Wood of Rannoch survives as a fragment of the forest that once covered the moor. It would have been home to various flora and fauna including bear, elk, lynx, aurochs, red deer, wolf, and human. In the space of a few centuries, we chopped down the forest for timber and cleared the land of most of its wild animals. Legend has it that in the late 16th century, Domhnal mac Fhionnlaigh, a renowned local hunter and bard, killed all the remaining wolves of Rannoch. I prefer Jim Crumley’s version, which can be read in his book The Last Wolf (2010), where, rather than being killed by man, the last wolf takes herself off to a remote, wild place on the moor and dies of old age. Either way, by the 18th century, wolves were extinct throughout Scotland. 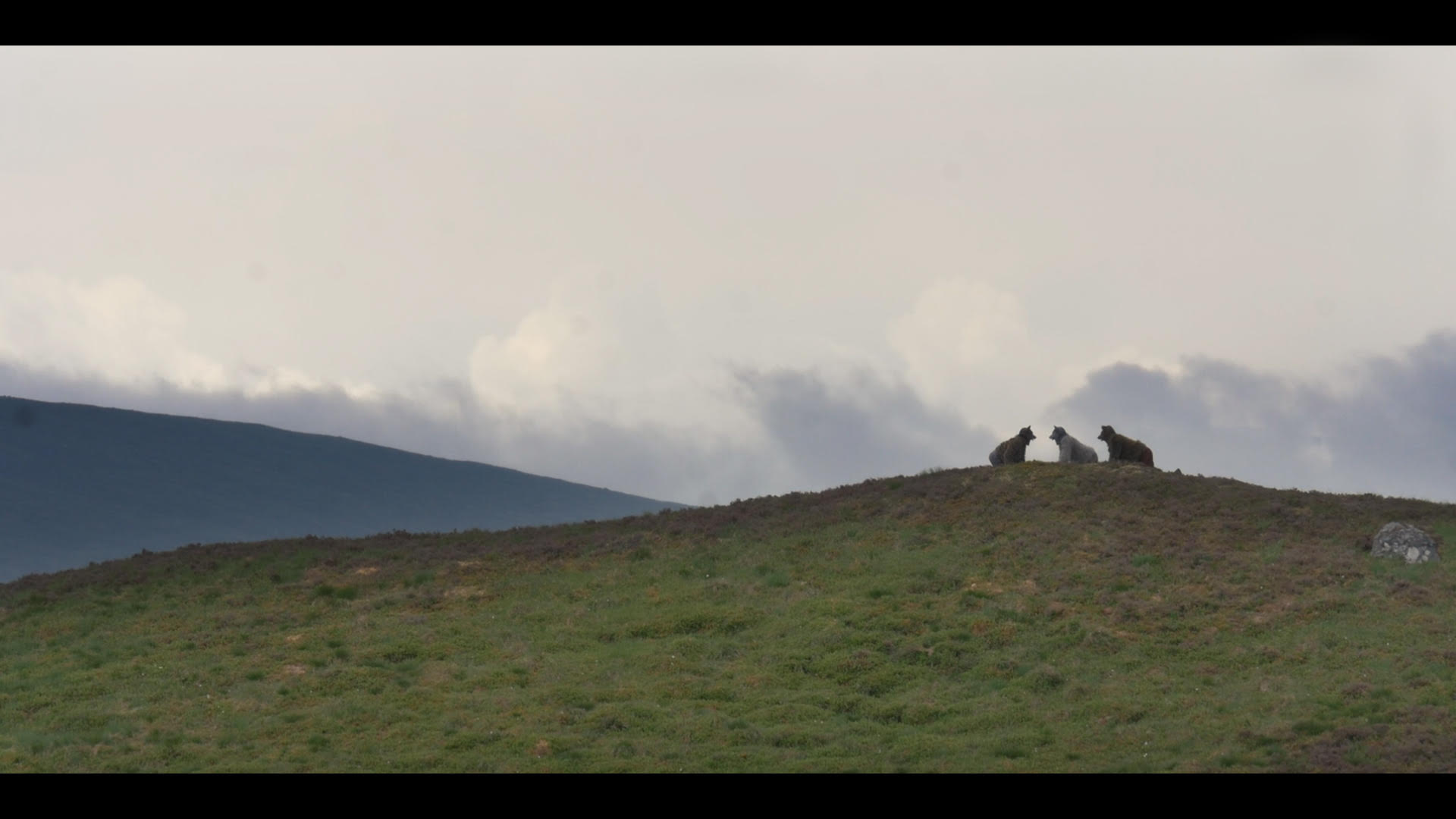 There is a small but persistent group of people who argue for the reintroduction of wolves. Many positive reasons are given, not least that they would reduce the over-population of red deer who, in their grazing, prevent the regeneration of native flora; and, for the time that we remain under its jurisdiction, the EU Habitat Directive obliges Scotland to consider the protection and reintroduction of native species. There are, of course, those who are not so keen on the idea; but if wolves were ever to be brought back, and one day they might be, Rannoch Moor has been proposed as a good place to start.

This summer, the Kairos Collective, a physical theatre troupe associated with the Dark Mountain Project, spent three days as a pack of wolves on the moor. We followed its deer paths, swam in its rivers, and dodged lightning storms and swarms of midges; and we created ‘found performances’ for the passengers on the trains that cross the moor. 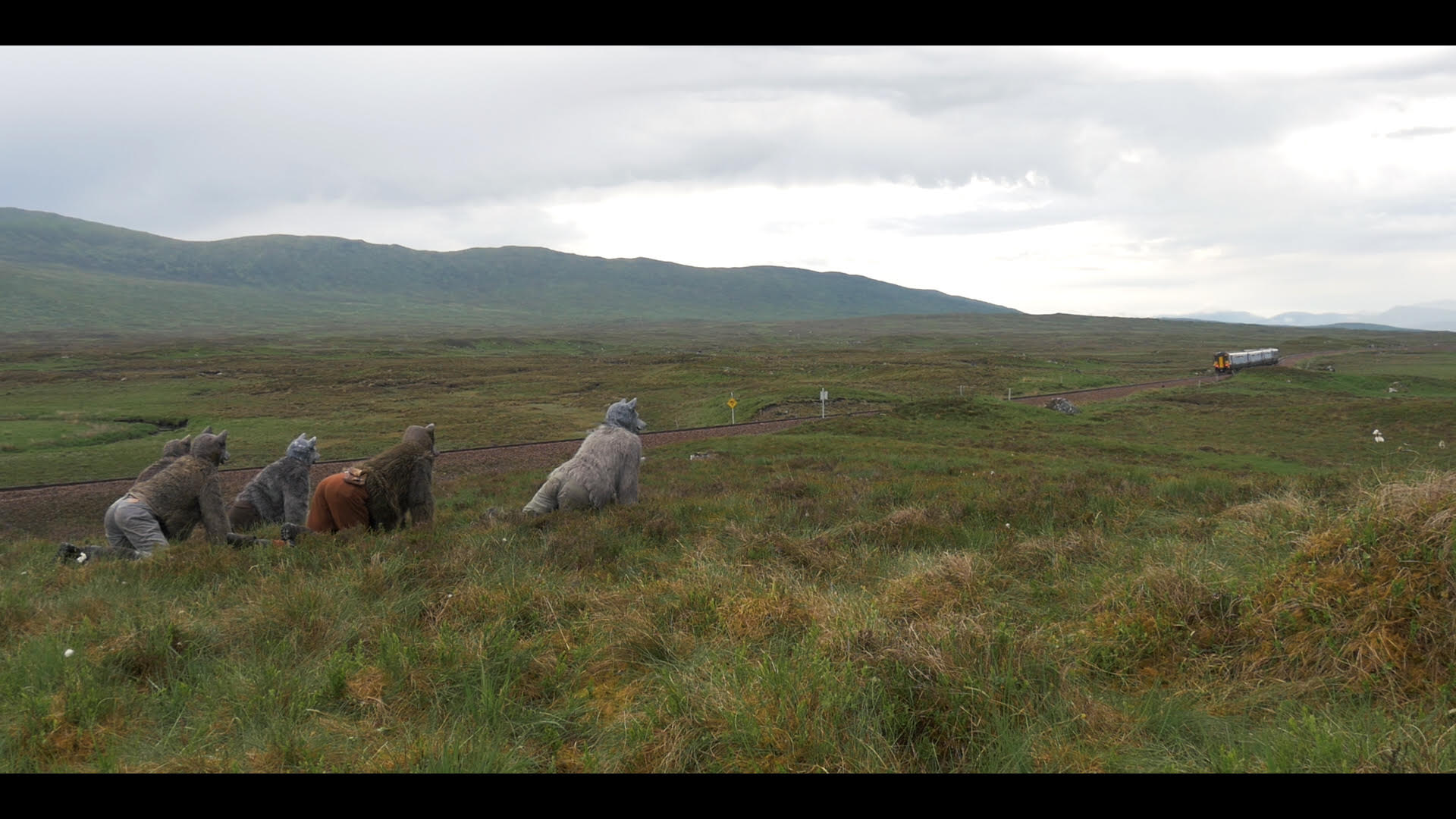 There was no time for training or choreography, for the kind of practice that allows you to step fully out of yourself and into the other that you’ve created. We had half an hour at camp, trying on our costumes and working out how to breathe through the narrow holes in our painted masks. We were ungainly and somewhat ridiculous in our fake fur coats, and disjointed the way a pack of wolves would never be. But there were moments on the moor when we flowed together, when we were coherent with the land, when our coats became pelts and our movements were, if not fully wolf-like, then not quite human either. Those moments were brief but unforgettable.

Rannoch Wolves is an attempt to show that the moor isn’t a desolate, empty space – a space only to be hurtled through on a train, disconnected from that which is outside. It’s a playful offering of connection to the more than human world; a form of sympathetic magic, where our clumsy humans-dressed-as-wolves evoke the idea of actual wolves, the memory of them on the moor, the possibility of them being there again.

The Kairos Collective are a performance laboratory and ‘uncivilised’ theatre troupe, who often work in association with the Dark Mountain Project. They thrive on creating performances and interventions in unlikely places.
Tags
Comments
Reply

The Distance Between Us 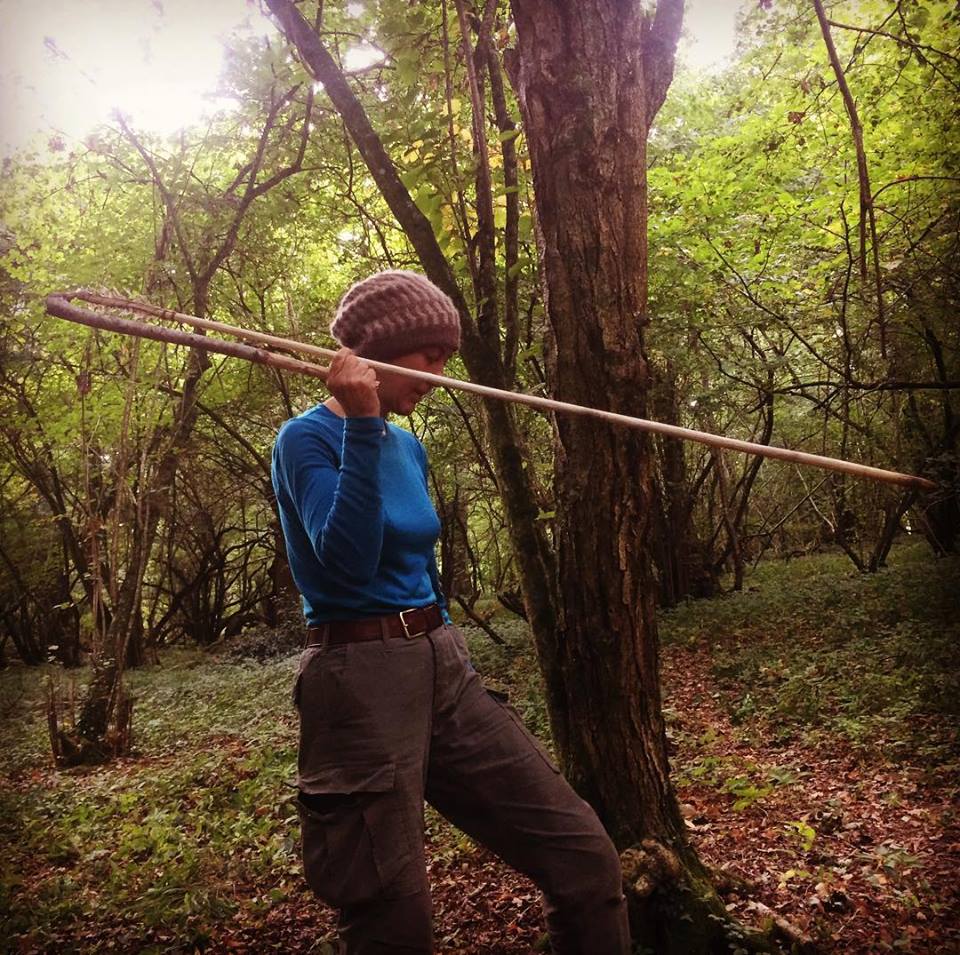 Questions for the Woods