Skip to content
Marmaduke Dando
is the bard of disempire, a crooner of morose ballads and fiery diatribes, As well as creating three of his own albums, he is the producer of the two Dark Mountain compilations, Where the Mourning Ends and Reading the Ashes , and was the driving force behind the powerdown music stage at the Uncivilisation festivals.
Share

This is the fourth and final installment in a series of four blogs about Dark Mountain’s newly released compilation album, ‘Reading the Ashes‘.

Last week we released the album as a digital download only on bandcamp. In the first blog I described the reasons for another musical angle of the Dark Mountain Project. In this final installment, we celebrate the following three artists that feature on the compilation, Evi Vine, Joe Wilkes, and brazenly, myself, Marmaduke Dando. To download and listen to the full compilation album, please go here: Reading the Ashes 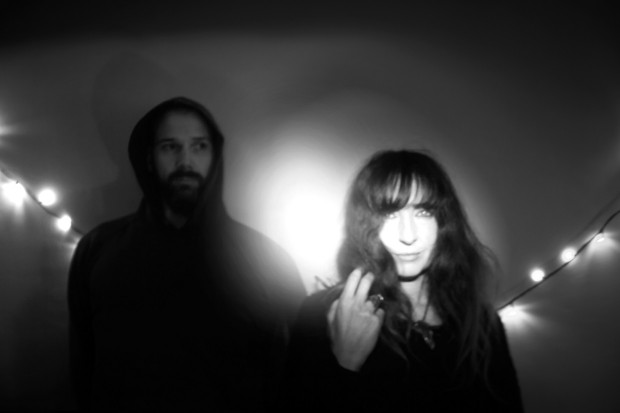 Evi Vine is a singer and songwriter from London inspired by a deep connection and love of the natural world. Together with Steven Hill her musical partner, they create a unique and uncompromising reverential atmosphere.

Their second album ‘GIVE YOUR HEART TO THE HAWKS’ has recently been released, which was co-produced with Richard Formby & mixed by Phill Brown. Hiding out in the woodlands of greater Berlin, reading Robinson Jeffers, Henry David Thoreau & The Dark Mountain Manifesto, they found the soul food for this album. Their track ‘My Hands Are Tied’ comes from this album.

When asked how Dark Mountain relates to their music, Evi said:

“It can be overwhelming to see such terrible things happening in the world, with the knowledge comes a burden in the way a journalist will need to document accounts for us to read in the daily news, sometimes its beyond words so artists, musicians, writers come together and build a relationship with their audience, without alienating, but to pass on something vital thought provoking. The protest song has a history in these dark days and has been so necessary it has long inspired change and kept hope alive for those without a voice. Victor Jara for example, has always been a huge inspiration to me, the voice of one who spoke out, for so many. A message that has the power to travel in the form of song is forever.”

When asked about their song ‘My Hands Are Tied’ on the compilation, Evi said:

“[It] starts with the line ‘We all start with a pure heart’. The idea that we are all connected runs though much of my writing, but who would we be if our histories could be altered, changed in any way, who we become at the end and the struggles in between. The pursuit to find the light and the goodness in ourselves and in a day even when we feel we are failing.”

To find out more about Evi Vine visit her website here: 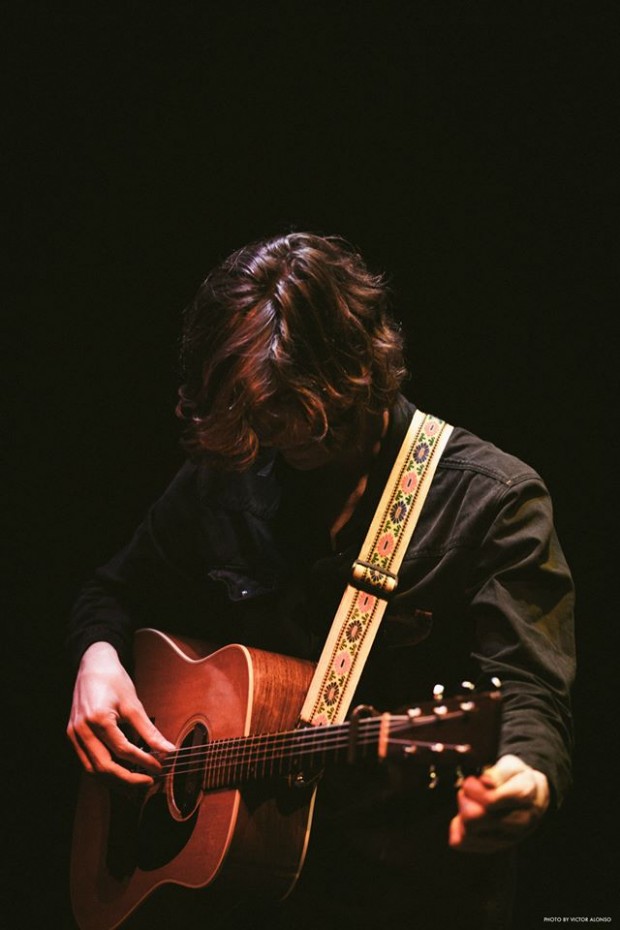 Joe Wilkes has finger picked his way across much of Europe with his storytelling anarchist croon. Sweetly reminiscent of early Tom Waits, but with a more familiar tone, Joe is originally from Coventry but now resides in Deptford, London. Along the way Joe’s played with Bert Jansch, Davy Graham, Dick Gaughan, Leon Rosselson as well as the poet / playwright Harold Pinter.

When asked how Dark Mountain relates to his music, Joe said:

“It is natural for civilisations to come and go and we are perilously dishonest about this fact. Although I’m deeply sympathetic with that dishonesty, it seems a very good thing that an artistic project shine a light on this, much like it’s a good thing when a friend tells you, you are drinking too much especially in the morning. Reclaiming storytelling as something deeper than entertainment (or simply redefining entertainment) is also a relevant idea that I fully support in our late capitalist epoch.

“Today in our society collectively, culturally we have ceased to believe in the validity of the message in art or politics or indeed anything. It’s not that we have considered all Ideologies and dispensed with them wisely. We simply don’t believe in anything and we don’t believe in anything because of our ignorance not our experience. We don’t even really believe in corporate capitalism or only a tiny minority of us do. Any message in art that doesn’t address this is naive and naive messages particularly in pop music are part of what has encouraged disillusionment and apathy about meaning and rendered political pop songs or meaningful popular folk songs obsolete.

“In terms of having a meaning our society is a joke and often a sick one. It better serves the public for a songwriter to write good musical hedonistic songs devoid of meaning than to work on something which is ostensibly pro feminist, class conscious, anti war, awareness raising, whatever.
Failure to address the fact that we live in a society where a song, poem or film with an intended meaning will be co-opted and emasculated by current cultural and political values fails to look in the mirror, fails to live in the here and now as opposed to the 1930’s or the sixties. In other words the value of a message has little to do with the actual art and everything to do with the organisation of ordinary people, political praxis, direct action etc. The message and meaning are secondary, the context and time are primary.”

When asked about his song ‘Here on this Frontline’ on the compilation, Joe said:

“Here On This Frontline is a sort of collage of snippets as opposed to a story. Sometimes I remember the verses in the wrong order on stage and it still seems to work. The first verse is about the Spanish Revolution ‘In 1936 …etc’ The following verses name check subsequent revolutions such a Vietnam and preceding ones such as the French revolution as well as name checking French resistance leader Jean Moulin. There is no message per se or judgement about Ho Chi Minh or anything like that. It sounded cool for me to write about my interests in history. One reviewer wrote: ‘The great beauty of Here On This Frontline is encapsulated perfectly by the title track, which paints an exotic musical backdrop in front of which is played a poignant love song, born out of tragedy’ that sounds good, so I’ll go along with that. At the end of the song there is a reference to 9/11, which states that ‘the dust from your fall will rise higher than you ever did’, I guess this an end of empire sort of message. If there is one hidden in there. That might be my Dark Mountain moment.”

To find out more about Joe, please visit his website here: 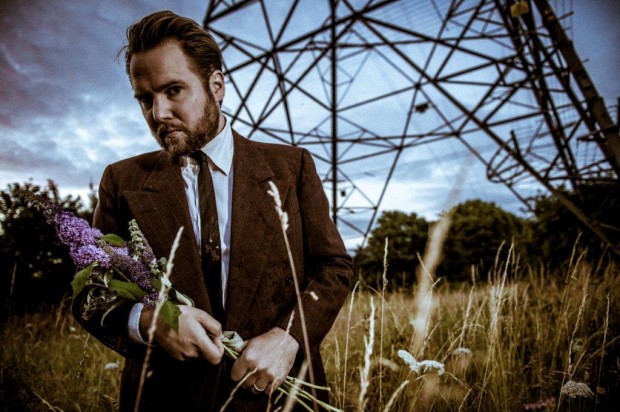 Brazen that I chose one of my own songs to feature on this compilation? Perhaps, but then again why not. After all, the Dark Mountain Project has been significant in my life for nurturing the quest for more truth. This is starkly reflected in the third album I’m currently working on, tipped to be titled, ‘Where the Wasteland Ends’, after the Theodore Roszak book of the same name.

Here’s a little description I use to introduce my music which may help if you’re not yet acquainted.

“Marmaduke Dando is the bard of disempire, a crooner of morose ballads and fiery diatribes, often eliciting references to The Bad Seeds, Roxy Music, and Scott Walker. He writes about the horrors of the modern world, and barks back at it in iniquitous dives with his 5 piece organ-fuelled band. Originally from Portsmouth and of genuine pirate ancestry, he is now based in London and living amongst the bargee community. Of his music, Steve Lamacq, BBC6 Music, has said it’s ‘…distinctively haunting…’, and Charlie Ashcroft, Artrocker, like ‘…poetry in motion…’. His songs have been set to films, woven into a seminal Secret Cinema event, and played in the Houses of Parliament.”

I’ve probably answered most of the questions I’ve posed the other artists, so let me just tell you about the song of mine I’ve included on the compilation.

Angles started off as a jam in the practice room with my band. I asked my drummer to start something off, anything that came into his head. He remembered a rhythm he heard a school boy on the bus tapping out a few days before that seemed to him as particularly uncommon. What you hear on the track is what he tried to recreate from memory. The rest of the band naturally fell on to E major…probably years of me conditioning them with songs in the key of E major! For a few years, we had no words to this piece of music. It was a hell of an exhilarating ride to play as it was, but we all thought it needed a voice for it to really make a mark. After dodging the bullet of actually having to write words to a piece of music I hadn’t strained out in my bedroom alone (the usual way), eventually I remembered a poem by Paul Kingsnorth out of his Kidland anthology. It had struck me when I’d first read it as a fiery sermon, a history lesson, the sort of thing that would scare the shit out of you had you had this bellowed at you in the run up to your GCSEs. And so, after a few tweaks, I bellowed it out over the jam and everything fell into place.

The original author may have a different take on the meaning of the words of course, but for me they seemed to chart so precisely the moves of enclosure over the last two millennia, in England as the example, but over the world in general. The half a century bit towards the end of the song hit the nail on the head. My interpretation of this is that despite the illusion of taming the forces of enclosure/civilisation/colonialism through education and democracy in recent history, all that has happened is that those forces have simply out maneuvered us by morphing into the institutions that deliver those hard fought wins. Leaving us essentially, in as much bondage as when the first king became king, despite a notion of progress. And so the song ends with the ring of incredulity, “You have bought the universities?!”.

My last album, ‘Sweet Dregs’, is available at the Dark Mountain shop.

As this blog brings us to the end of the series about the Reading the Ashes album, I’d like to take this opportunity to thank everyone involved in bringing it to fruition. Particularly to the musicians for donating their uncivilised music to this beautiful collection. I’d also like to thank Dougie Strang for lending his photograph of his tein eigin ritual to use for the artwork. And also to Andy Garside who added his sprinkling of magic to the artwork with his graphic design skills. Check Andy out here if you have the time, http://www.andygarside.com/

Thank you for reading and I hope you enjoy Reading the Ashes. 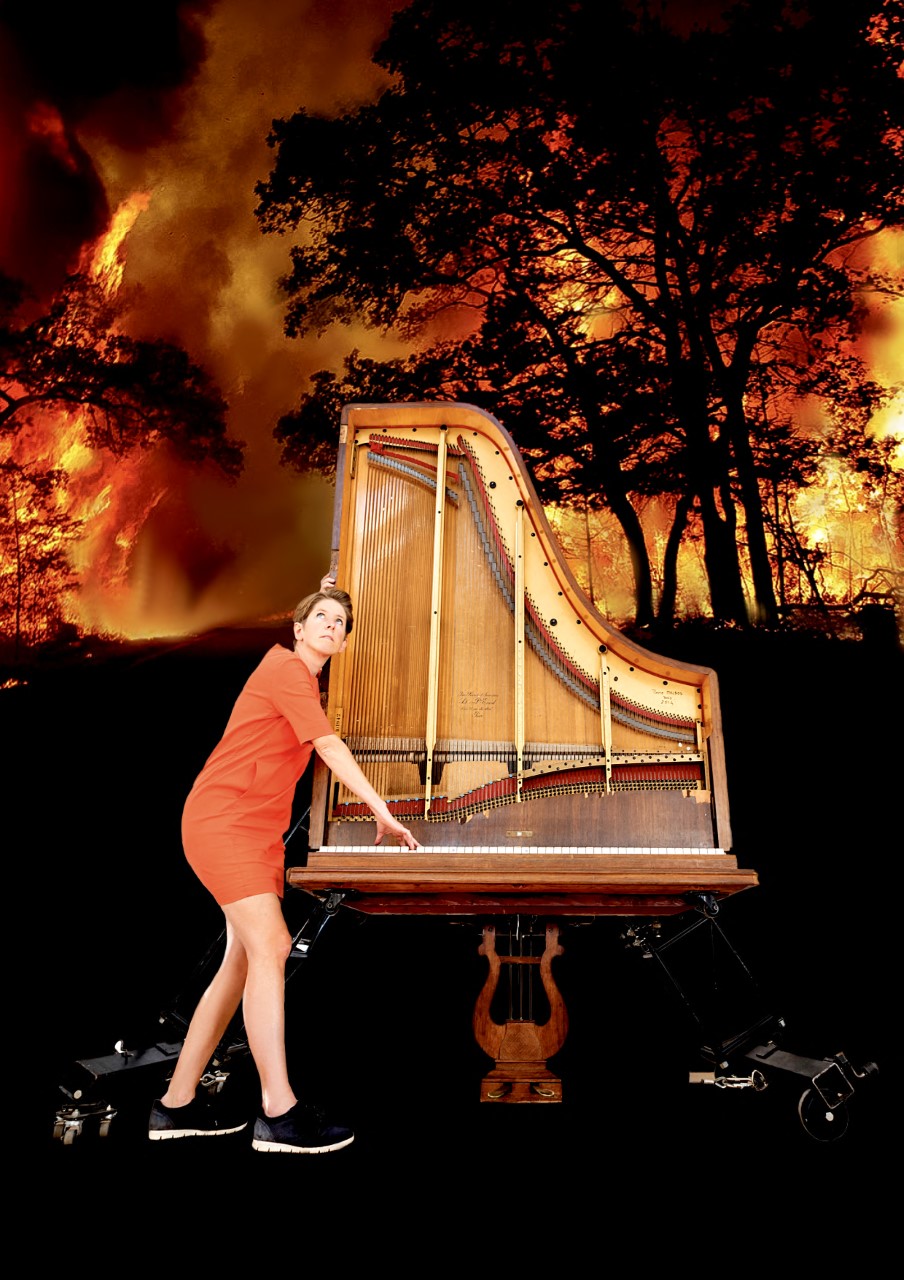 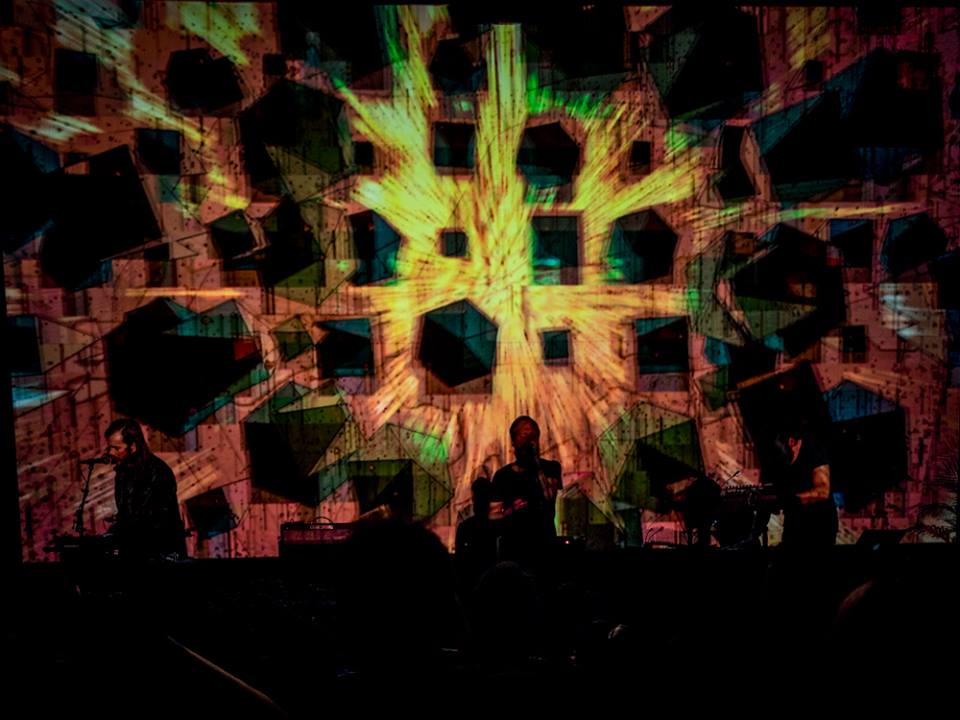