Photographer Ribaldo Piaguaje of the Siekopai Nation in Ecuador's Amazon with burned coatimundi. found when documenting recent rain forest fires in Bolivia (its name originally derived from Tupi languages)
Bridget McKenzie
is a researcher and creative curator working across culture, environment and public engagement. She has been director of Flow Associates since 2006 She is a trustee for ONCA Gallery, a key initiator of Culture Declares Emergency and founder of an emerging museum, Climate Museum UK.
Share
This year Lost Species Day celebrates the ways that humans have named, loved and lived with their human and non-human kin. This focus aims to highlight the histories and current importance of indigenous people and traditional cultures as ecological stewards. It is also an invitation to explore language, and how words, science and stories are useful in stewardship and in restorative practices.

The theme made me question our relationship with language and the physical Earth: What is the tension between words used for science and for ritual or poetry? In what different ways do people use words for the presence of species, and how can we express the words for their losses? 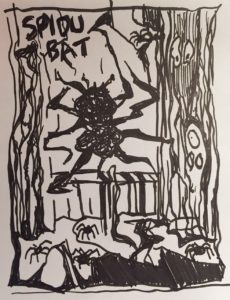 When my brother and I were tiny, we had a private language, now lost. According to our mother, anthropologist of our tribe of two, we had some words for animals and plants that seemed to assign words to our sensory experience of these things – their blackness, or the flying, crawling or spiky nature of things. The only surviving word in our shared lexicon is ‘spidubat’. From a thread of memory that sustains my arachnophobia, I understand that ‘spidubat’ was a protective utterance against spiders in the dark. We said it to each other before sleep, as if to say ‘I protect you from spiders in the dark’. The word was about our relationship to each other as much as it was about the spiders.

In The Spell of the Sensuous, David Abram describes how human language emerged out of our immersion in the living world. Indigenous people have come to speak (and draw and write) as part of a sensory-scape with all the beings around them, and with an assumption that all beings are aware and in some way capable of speech. Languages that arise from people who live as part of a particular terrain are rich in connotations of the changing properties of elements or links between beings. In contrast, the language of biodiversity is built upon the precise delineations of particular beings.

As Abram describes it, our contemporary human life is turned inwards from the sensory world so that thinking, naming and storytelling is increasingly disconnected from place. Watching Philip Pullman’s His Dark Materials on television this week, I wonder if people have been split from living worlds as cruelly as the Global Oblation Board have spliced children from their daemons. It is hard to pinpoint the cruelty of the splitting most of us have endured, but many educators, psychologists and artists are helping us become more aware of the pains of ‘nature deficit disorder’. Through the Lost Words book (and linked activities) by Robert MacFarlane and Jackie Morris, the hope is that if children can learn words for natural things which have been dropped from the dictionary, they may begin to notice and cherish those things in reality. Naming the words for nature can restore connections, and possibly restore nature itself.

Species are now defined in relation to their originating kin, their genes, rather than to their wider ‘kith’.

Terminologies for nature have become etherised into a complex, mind-forged global code. This coding is essential for international scientific co-operation, and this is to be celebrated. But we must also remember that the appalling process of colonisation, slaughter and displacement of indigenous people and their lands, have also destroyed words and ways of knowing. Species are now defined in relation to their originating kin, their genes, rather than to their wider ‘kith’. Scientific naming uses Latin, which brings to mind the extractive, expansive nature of the Roman civilisation which has kept echoing through the past two millennia.

When a previously ‘nameless’ Nelloptodes beetle was called N.Gretae this year by the Natural History Museum, the Guardian joked that it didn’t bear much resemblance to Greta Thunberg. This was a naming out of time, place or body. Dr Max Barclay, the museum’s beetle curator, said Greta’s name was suitable because it is likely that undiscovered species are being lost all the time, before scientists have even named them, because of biodiversity loss. It is hoped that naming extends the possibility of care, that a named thing is less likely to be lost, that the more things are named in a place the more a site can be protected.

Certainly, it can be emotionally helpful to name what is lost – to call names into the air, to carve them into stone. The Life Cairn movement, started by Andreas Kornevall and Reverend Peter Jones in Sussex helps to memorialise lost species. The building of a Life Cairn on the hillside by Wiston Lodge at a Carrying the Fire event in Scotland was a very restorative moment for me. Each participant in the ritual was given a slip of paper with an extinct species. In turn we called out a name to the sound of a bell, and we placed the name under a rock until a small tower was formed. I don’t recall, as it was five years ago, the species I was allocated but I know that I wanted to honour an extinct plant given that most stories of extinction focus on animals, particularly charismatic mammals.

But how do we cut off the harm at the source? Is the naming of species in science going to help stop the destruction of nature? Of course, the beetle curators and all the ecological scientists are doing much more than naming. They are counting the mass of insects (40% of insects are declining and 33% endangered worldwide). They are tracking the changing migration patterns of birds in a warming world. They are doing vital work describing healthy ecosystems, tracking invasive species and pathogens, or the impacts of industrial activities and climate change. Abundance is a crucial measure, and they are warning us of sudden drastic declines of mass and diversity in many places. Scientists studying how species can adapt to climate change are telling us that because the Amazon has never burned, very few species can adapt to the fires. And more and more, ecological scientists are involved in testing regenerative solutions, ways of farming that restore water or soil. Or they are proposing alternatives to slash-and-burn land clearance techniques that can lead to uncontrolled forest fires and lethal air pollution.

This devastating photo story shows images of the ravaged Bolivian rainforest, taken by indigenous photographers Jimmy Piaguaje and Ribaldo Piaguaje. These fires – across the Amazon – were started intentionally, due to government policy changes promoting extractive businesses and crop plantations at the expense of the rights of indigenous people and conservation. Jimmy and Ribaldo describe the impacts directly, what they could see, touch and smell:

We found a burned herd of badgers (coatí, Nasua nasua) that seemed to be trying to flee together. We felt an emptiness, and we smelled burned flesh in the air. It was as if something had been ripped out of our hands. Sadness, anger, and despair overwhelmed us.

If language emerged out of living in sensory interconnection with abundance, and if our shared knowing is enriched by it, then what kind of language is possible in such situations? How do we speak for and with all the beings, while they live, as they are dying, and when they are dead?

How do we speak for and with all the beings, while they live, as they are dying, and when they are dead?

Action of course is needed. It is desperately urgent that more regenerative ways of living are communicated, and that sanctions are imposed on governments that enable ecocide (and therefore urgent that Ecocide is made an international crime). But also, let’s take some time on 30th November to remember and to feel ways to speak these losses.

In addition, please take a moment to read this important statement by Persephone Pearl, Emily Laurens and Rachel Porter, co-founders of Lost Species Day, reflecting on the framing of environmentalism and its culture as reproductive of white supremacy. They suggest that ‘focusing on the stories of extinct species without studying and discussing concomitant harms to people and cultures perpetuates white environmentalism’s huge history of cultural erasure and genocidal acts.’ I’ve found their critique helpful, and my own moments of remembrance on 30th November will be inspired by their pledges.

Remembrance for Lost Species Day is being marked around the world with gatherings, readings and ritual. Dark Mountain Find the Others groups are also holding events on 30th November, from an evening of song and storytelling  with Nancy Kerr, Tim Ralphs and Sarah Smout in Sheffield to Talking with Beasts, a journey through the North Kent Downs, learning about the land, ash dieback and, local mythology, in partnership with the The Ash Project, (to join please email talkingwithbeasts@gmail.com). 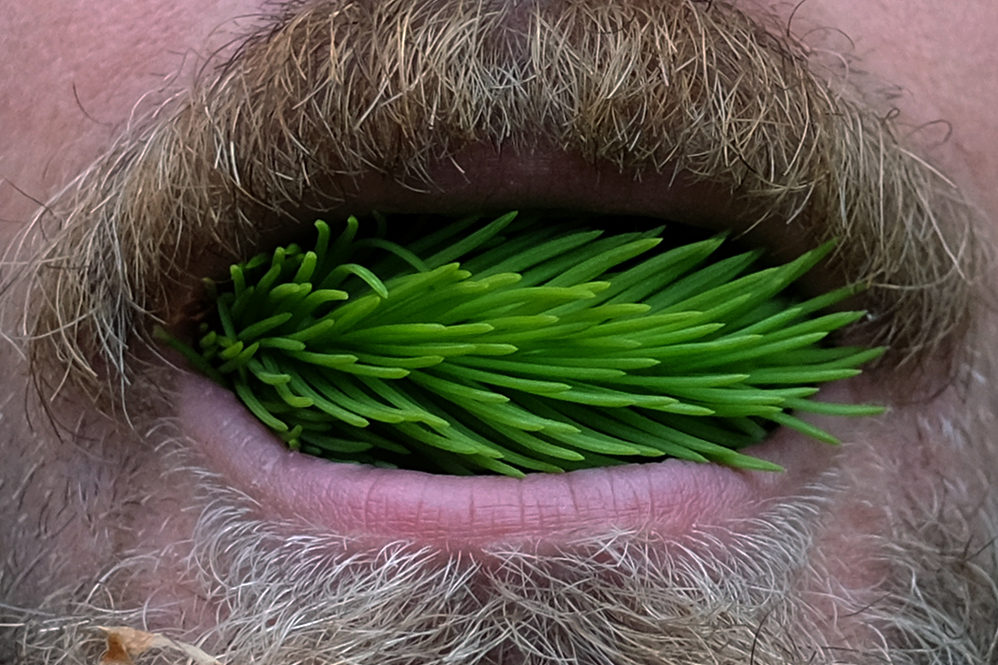 The Earth Does Not Speak in Prose

Charlotte Du Cann
In this months'a new series, Lost Lexicon, Charlotte Du Cann speaks with Paul Kingsnorth about forging a language that can speak with the more-than-human world. With artwork by Katie Ione Craney.
ConversationsFrom Our BooksIssue 16: REFUGELost Lexicon