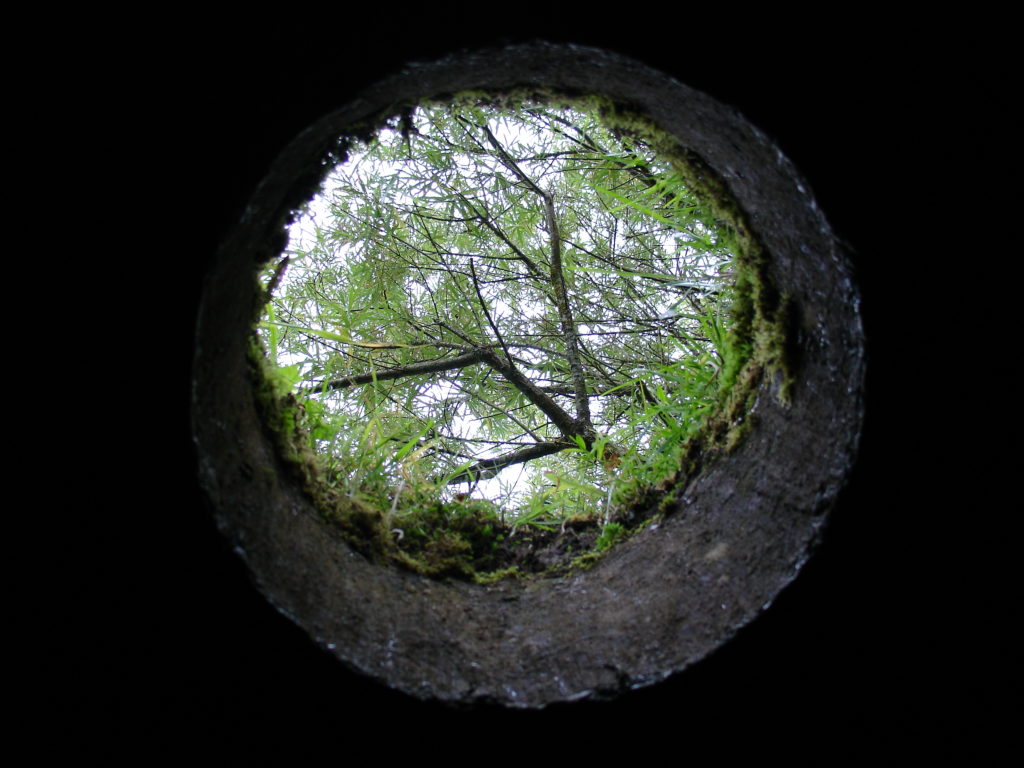 'Oculus' by Gregory Norminton
Gregory Norminton
was born in Berkshire in 1976. He is the author of four novels and two collections of short stories. His latest novel, The Devil's Highway, is published by Fourth Estate. He teaches creative writing at Manchester Metropolitan University.
Share

Legend tells that Orpheus, ‘the father of song’ who perfected the lyre (from which we derive our word ‘lyric’) sang so sweetly that wild beasts, forgetting their hunger, lay down to listen. It is a compelling image that comes down to us in writing and in mosaics from across the Ancient World, and at its mythopoetic heart lies a plain truth: poetry, especially lyric poetry, has always been in communion with the natural world. It is impossible to conceive of Shakespeare without flower-lore and the forests of Arden and Athens. Romanticism in its essence sought a ‘rewilding’ of the soul in response to the denaturing – and hence dehumanising – effects of industrialisation. The more universally these effects have made themselves felt, the more poetry has emerged as a zone of resistance. Consider D.H. Lawrence’s Birds, Beasts and Flowers, or the poems of Ted Hughes, where the hard truths of myth and the hard truths of science meet. Lyric poetry is of the Earth – it is rooted. The novel, by contrast, has foundations – it is of the city.

Even our proto-novelists were sophisticates. Petronius, author of the Satyricon, was the ‘arbiter of taste’ in the Emperor Nero’s inner circle, and Lady Murasaki wrote The Tale of Genji about the only world she knew intimately, the Imperial court of early medieval Japan. In its heyday, the modern novel catered to an urbanised middle-class with newfound leisure; it prospered from the very processes of mass production and consumption that have alienated us from the natural world.

As an environmentalist and novelist, I have been puzzling for years about how to bring my concerns together. It troubles me that my chosen form appears barely cognisant of our ecological crisis. Yet is it reasonable to expect otherwise? Can a form that evolved alongside Humanism and the Enlightenment, and which primarily concerns itself with the inner lives and motivations of socialised humans, broaden its scope to add, in Richard Smyth’s phrase, ‘the non-human to the anthropocentric’?

For decades, environmentalists have been wondering how our rapacious species can live enduringly with the planet that sustains it. Technological ingenuity on its own is not enough: in order to change our behaviour, we must widen the circle of our compassion to include the non-human. We must, deep ecologists argue, dethrone ourselves, shedding our illusions of superiority to acknowledge our kinship with the rest of nature.

In conservation, one response to this thinking is the concept of ‘rewilding’, whereby humans withdraw from parts of the planet to allow natural processes to play themselves out without disruption from our desires and narratives. Rewilding, as defined for many of us by George Monbiot in Feral (2013), begins with the ability to recognise that we have accustomed ourselves to our ecological impoverishment. We learn to look at our empty uplands and realise that they need not be barren, that only culture and habit (the great deadener) keep them denuded.

Robert Macfarlane is among the (non-fiction) writers drawing attention to the related impoverishment of our language, as words for natural phenomena disappear from everyday use. What we cannot name – goes the formula – we will not see; what we do not see we will not love, and what we do not love we will not save. In response to this challenge, an abundance of contemporary nature writing is attempting to locate our species among the wonders of our planet. To waken our senses, to break through our coarsened sensibilities, writers like Jay Griffiths and Charles Forster are taking risks with style and subject matter, daring to be eccentric, pushing against the conventions of language and form. Where, I wonder, are the novelists attempting something comparable? I tend to find them abroad: writers like Australia’s Julia Leigh and Tim Winton, or Americans like Rick Bass, Annie Dillard and David Vann. Australian and American fiction engages with the wilderness because in those countries there is still some wilderness to encounter. What might a British version of these ecologically informed novels look like?

I have come up with ten possible answers. The list is by no means exhaustive.

What might we expect of ‘rewilded’ fiction? It would be absurd to condemn the novel for its focus on the domestic and urban: those, after all, are the defining conditions of life for most of us. Nor do I hold much truck with a back-to-the-land nostalgia that overlooks how hard life on the land has been for most of human history. I do, however, hope to see fiction emerge, in the coming years, that engages, not just with climate change (there is a growing body of literature doing that), but more broadly with the great silencing that we are inflicting on our fellow beings. Novels that make no space for nature – that are inattentive to landscape and the non-human – are perpetuating what ecologists call ‘shifting baseline syndrome’, whereby we mistake our self-impoverishment for the natural order of things.

Yet ‘rewilding the novel’ means more, or should mean more, than adding a few mentions of animals and plants to anthropocentric narratives. It means acknowledging in our fiction where we come from, where we are going, and what we have lost and are losing on the way. It allows for abundance and jubilation but also desolation and loss. We could draw further parallels with the ecological idea of rewilding by allowing our stories freedom from the constrictions of narrative convention, from the enclaves of genre and ideology. The rewilded novel would absorb and reflect the repressed wildness in our natures; it should remind us that we are tellurian – of this Earth – and that what awaits us on a denatured planet is loneliness and grief, however sublimated by technology and the disorders of our politics. It must not be sentimental: the wild contains violence and horror, but also interdependence and a startling capacity for self-renewal.

Over the years, I have met few saner people than ecologists. Though despair and anger are part of their experience, they have tended to strike me as spiritually grounded precisely because they are Earth-grounded. Their sanity comes from daily contact with our reality as embodied beings; their despair stems from the knowledge that we will not survive in our virtual playgrounds. This seems to me the defining truth of our age, yet few novelists at present seem to show much interest in reflecting it. If, in our time of moral and ecological collapse, the novel cannot find ways of encompassing the non-human as well as the human – if it cannot broaden its sympathies in the way that we all, as a species, must do in order to survive – then it will have lost its claim to speak for the human condition.

In order to change our behaviour, we must widen the circle of our compassion to include the non-human.

Rewilding the Novel: an essay series

So much for the clarion call. Over the next few weeks, in celebration of its new online home, Dark Mountain will be publishing a series of specially commissioned essays on the theme of the ‘rewilded novel’. It has been heartening to me, as I sought and edited contributions, to discover how many fiction writers are converging on these moral and aesthetic concerns. Contributors in this series include novelists, nature writers and a theologian, all of them chewing on different problems and possibilities for the novel form.

Abi Andrews, with ‘A Novel is a Medicine Bundle’, wonders whether the linear and anthropocentric shape of most narratives – the pursuit of an ending and resolution – might not give way to different conceptions of story.

Richard Smyth, in ‘Telling the Devil’s Tales’, immediately challenges any pursuit of sentiment or false comfort in the greening of fiction. His essay is funny and troubling in equal measure.

‘The Wild Word Christ’, by theologian Stephen Backhouse, may seem thematically tangential, yet in the early Christian notion of kenosis, or self-emptying, it offers a paradigm for sympathetic engagement with the ‘other’ – including the non-human.

In her essay, ‘On Landscape and Specific Lives’, Winnie M. Li brings a much-needed focus on issues of gender and race to concerns which often seem dominated by white, male, middle-class writers.

The penultimate essay in the series comes from the novelist and Dark Mountain co-founder Paul Kingsnorth.

Finally, a number of novelists – including Natasha Carthew, Tom Bullough, Sylvia V Linsteadt, Cynan Jones and Mandy Haggith – write about the practice of their craft. How do they try to escape the desk, the laptop, and the virtual world and dopamine addiction of modern communications? What processes do they adopt in order to access the world beyond us and within us?

We hope that you will enjoy this short essay series and look forward to the conversation.

Gregory Norminton’s fifth novel, The Devil’s Highway, has just been published by 4th Estate. Parts of this essay first appeared in Resurgence.