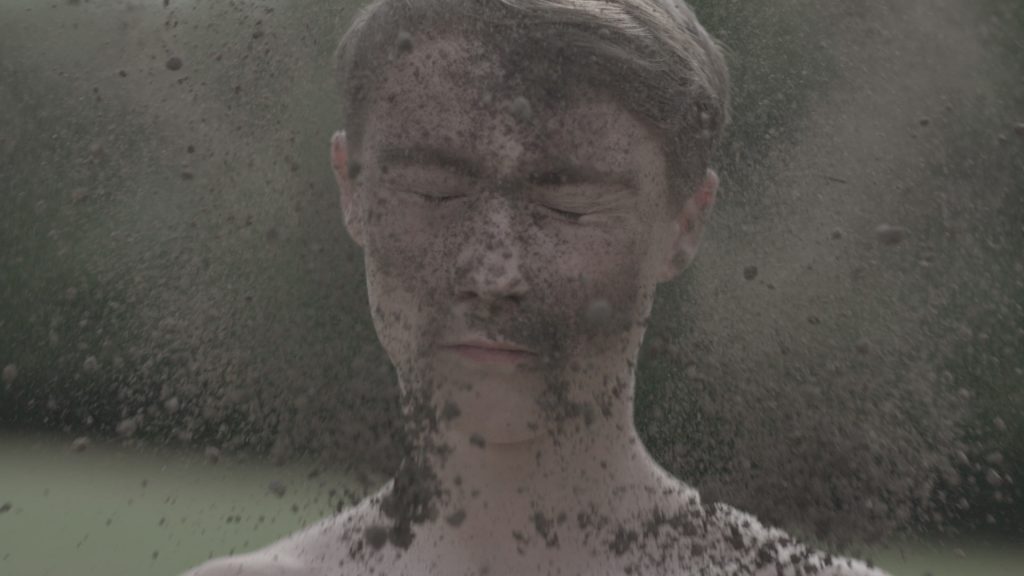 Still from the film of Bury's 'The Opened Field' (dir. Helmie Still)
Dom Bury
is a devotee to this miraculous Earth in this time of planetary transfiguration. He runs workshops, rituals and initiations into responding creatively to planetary crisis. His work has been widely published and performed on radio and festivals. He has won an Eric Gregory Award and The National Poetry Competition. Rite of Passage will be published by Bloodaxe on 15th April 2021.
Share
Writing Rite of Passage has been a very intense journey. It has taken me to the edge and back many times, to despair, through heartbreak, writing into the bleak mirror of where we find ourselves at the moment of human history on Earth.

And at the same time, facing these mirrors, what the book and my own life then asked was to hold another story in my heart at the very same time, a story that only a crisis big enough to affect every human being would be able to shift how we relate to the planet, ourselves and each other. The story that only in the dark glare of this crisis could  a new culture on Earth be formed.

These are the core tensions and questions of Rite of Passage. How do we hold this almost unbearable tension inside of us? How do we face the grief and terror and heartbreak of the world we love dying and still find a place for the love, creativity and life of our soul, not to emerge in spite of this crisis but because of it.

One of the main challenges I found in writing this book was how to write unflinchingly into where we are, and not become either moralising or brutal for brutality’s sake. I had seen so much eco-poetry that  skirted on the edges of deep visceral feeling, or went into feeling without either beauty of the lyric and image that I felt was necessary to hold the heart of a reader alive and beating at the same time, as piercing them in the gut.

And so this is how I danced as I wrote, attempting to find equal parts ferocity and equal parts tenderness, equal parts beauty and equal parts truth and hard love. Though not truth as spoken in rhetoric but embodied truth, the truth that penetrates the body and the heart  and admits feeling, with intention but not with agenda. I hope the mythic, lyric and imagistic quality of these poems provides a portal into experiencing and moving through where we currently find ourselves. I want them to give people an access point to this moment in our shared human experience. an initiation of feeling where we are and feeling what comes after.

Of feeling the inherent ecstatic experience of being alive on this while it could seem the Earth around us is rapidly moving towards degradation and collapse. And at the same time be able to access the force of life that will then stimulate and catalyse a shift and deep love for everyone who is collectively attempting to face this moment together.

The town tonight is like a little scuttled ship — the river
closed with ice and each road, each roof frost closeted.

Still, in spite of this, in spite of snow, the roses push up blade
by blade to shake out their small white fires, and will not close.

And I must confess this stirs in me now another road, another
ice-clutched path which, despite the winter, would not close.

Further down it I have walked, past the harbour locked into the hills
to where the sea turns in its sleep, its one white eye half-closed.

And though I name this home I feel it as a roof stripped off —
a scab, an old wound which, despite the years, will still not close.

Still I cannot say which map or scroll of sky I’d used then
to guide me back, or which alternate life I’d then had to close.

And though it moves in me still — the sea, I know I can’t return
to that same shore the tide, that time has now dragged closed.


Why I Have Chosen Not to Have Children

the huge black coals of their calves, alive
at least until the ash piles cool and the last cow splits.

Even our midwives with oven mitts cannot claim
our infants’ new fevers, softly they sing

knowing something else burns through them
but the lymph in their limbs. I feel it too

but say nothing now I hear drought knocking
through the forest, each birch, each branch,

each blade of wood a time sprung match. This
is how we come to love only what will not kindle —

the flax-mud and the estuary still feeding the sea,
the burnt soil I press into my lover’s mouth, pleading.

Now, only the eyeless stand and signal for weather —
I have heard thunder shake out the whole sky and bear none.

And to think we thought the boatman’s song no warning.
How we sold him all our rain then cut him dumb.

In waves it came. But waves so small at first
nobody noticed
the leaves dropping all summer
or the landscape’s frayed
yellow edges or the days we went
without wind. Then winter
packed up and didn’t come back. Then, again —
the glaciers burnt dry and the bears
suddenly without their soft
houses of snow. Then somebody
shot them and we thanked God for our climate’s
new harvest and we felt in
our own bodies this new food rotting —
strange heat in the lungs, cancer
ripening where the right meat
should have been and we named them
our own illnesses, maladies of the body
not of the earth the body
builds itself from. But then the earth
turned on us, each new season collapsing
until there was only high summer
and we felt then how the land must —
aching and empty and still we reached
into ourselves pulling up nothing. Or rather
not nothing but another new desert,
another woodland cut free of song.
Only then did our bodies turn themselves on
to protest like sirens in a city
that has already been bombed. 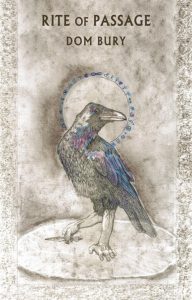 Dom Bury is a contributor to the new Dark Mountain issue 19 and took part in a pre-publication online discussion on the Art of Mourning and Celebration with producer Charlotte Du Cann and artist Caroline Ross. A video of their conversation hosted by art.earth can be found here: /art-earth.org.uk/first-friday-april2021/

Rite of Passage is published on 15th Aoril by Bloodaxe Books. More about the book in a short video here. 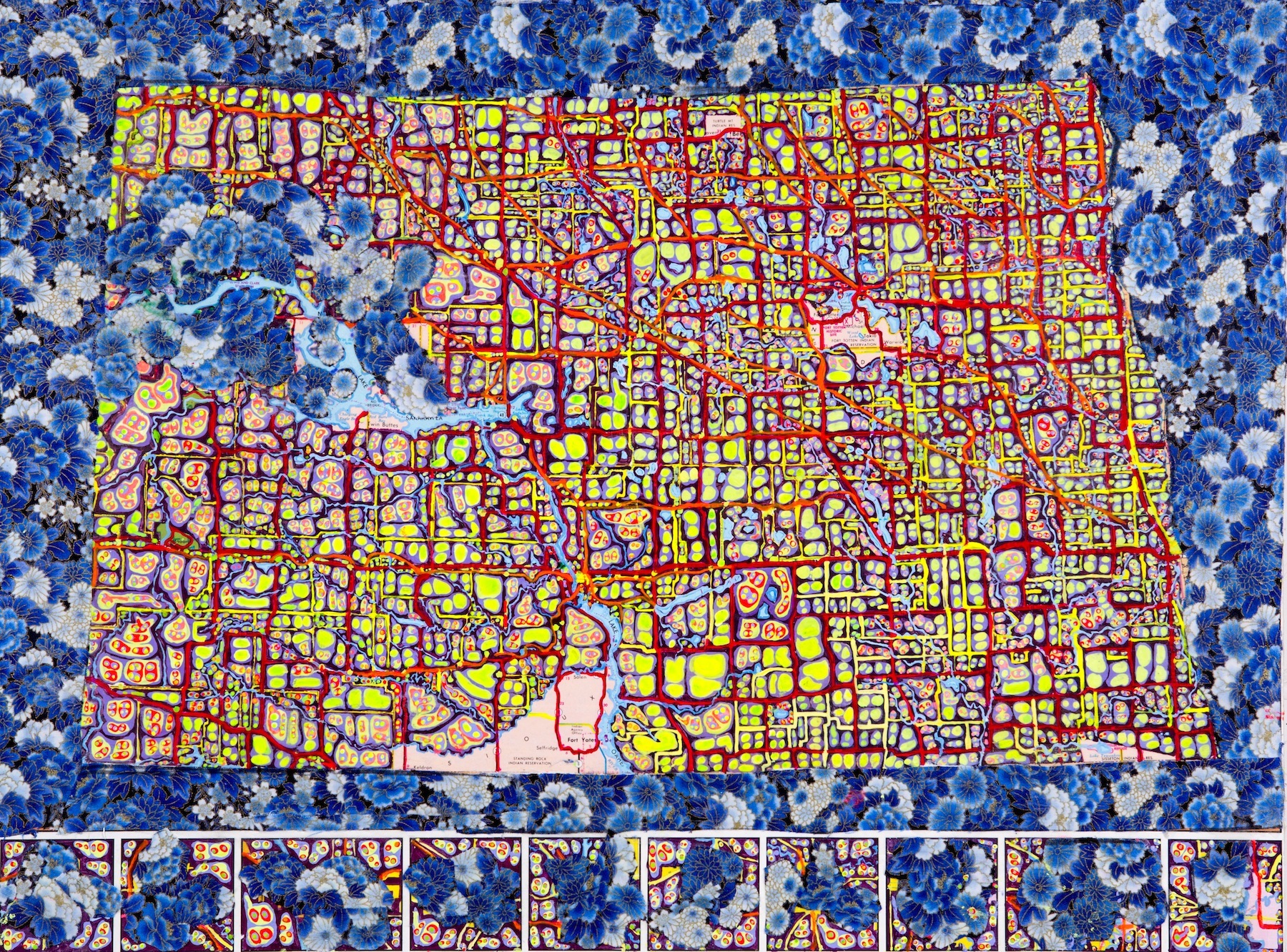 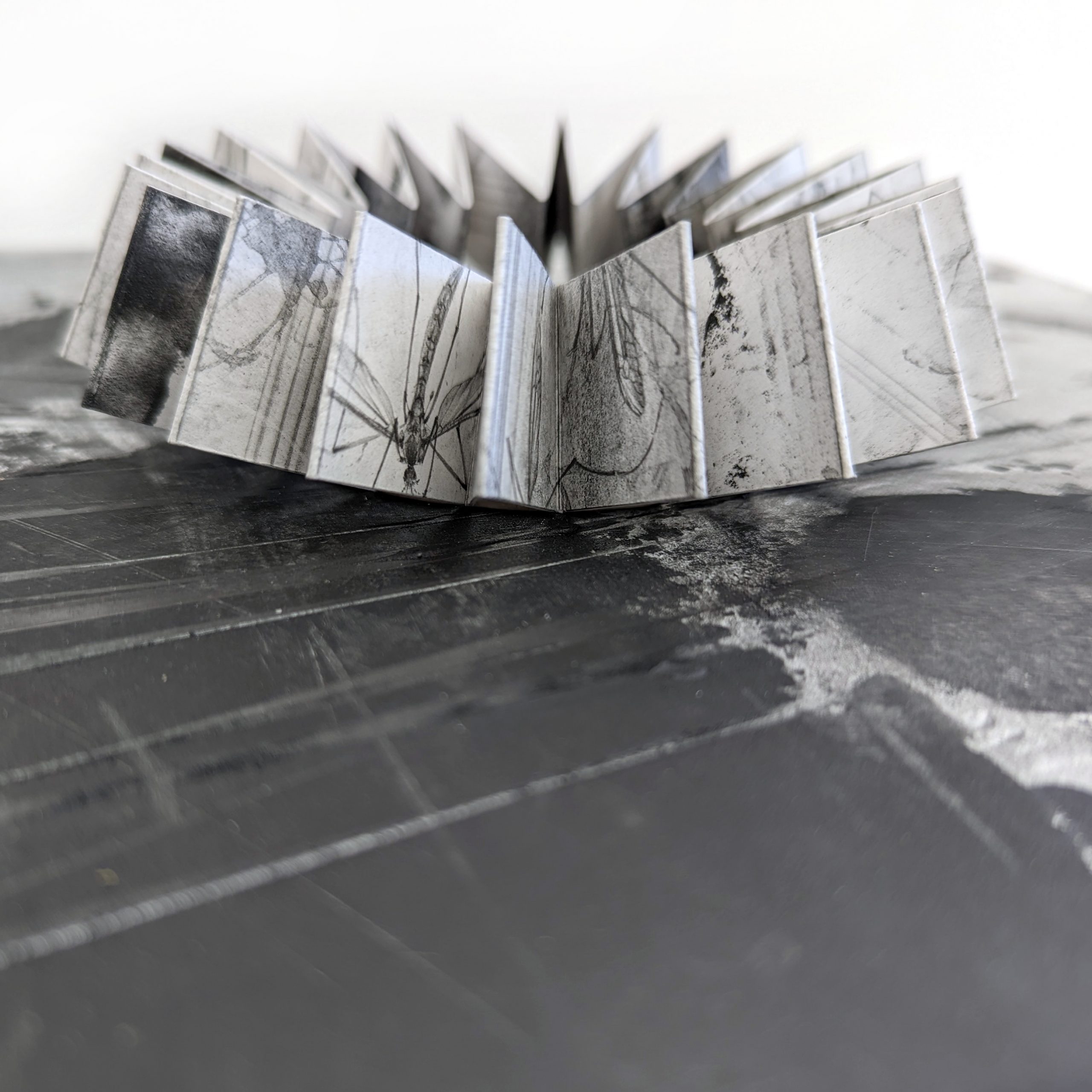 The Ones Still Dancing When the Lights Go Out

Michael Guida and Theophilus Kwek
Poems from our recently launched ARK: Theophilus Kwek and Michael Guida apply their sharp poetic eye to the more-than-human worlds of insects, reptiles and song birds in times of extinction. With artwork by Lousia Crispin.
Dark VerseFrom Our BooksIssue 22 – ARK 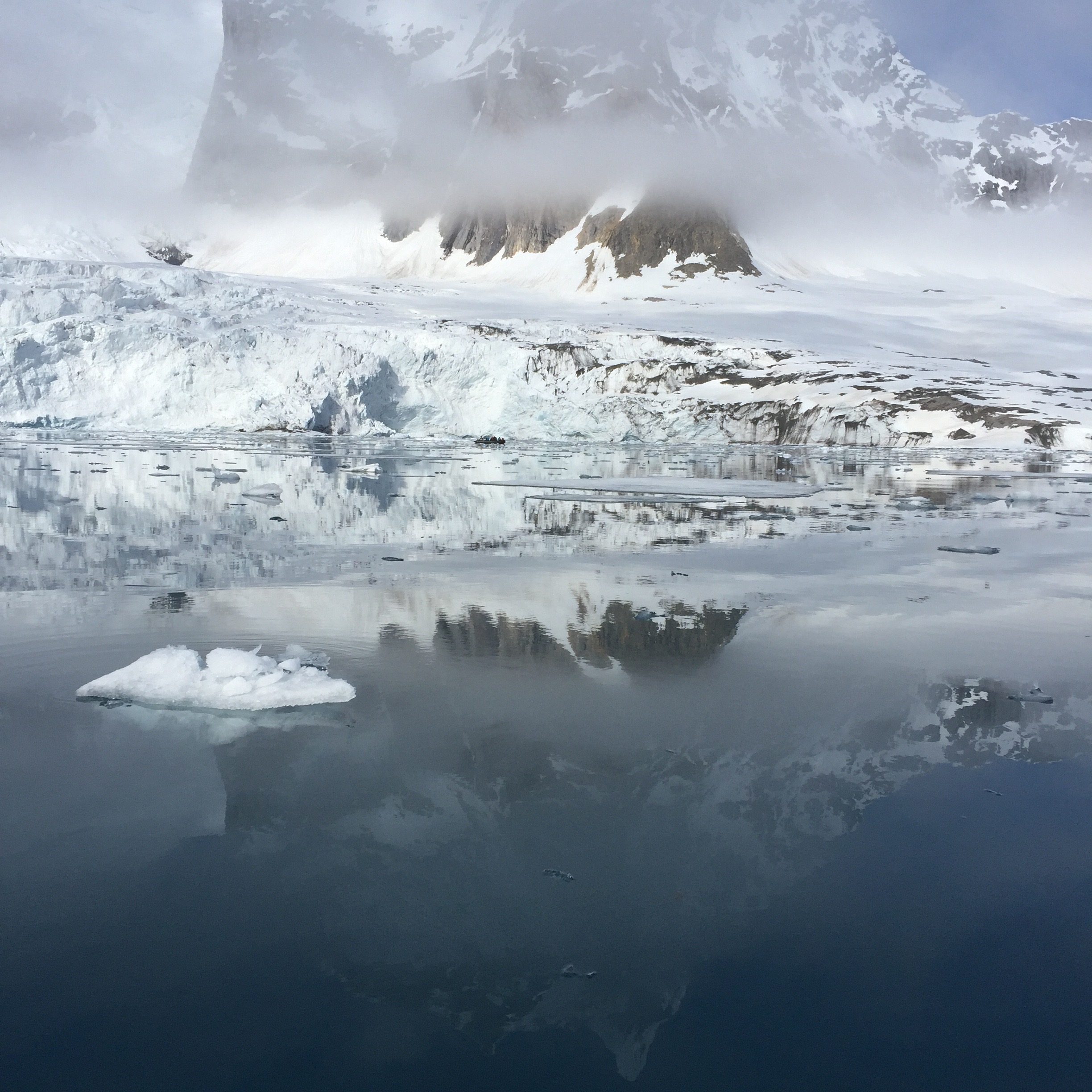 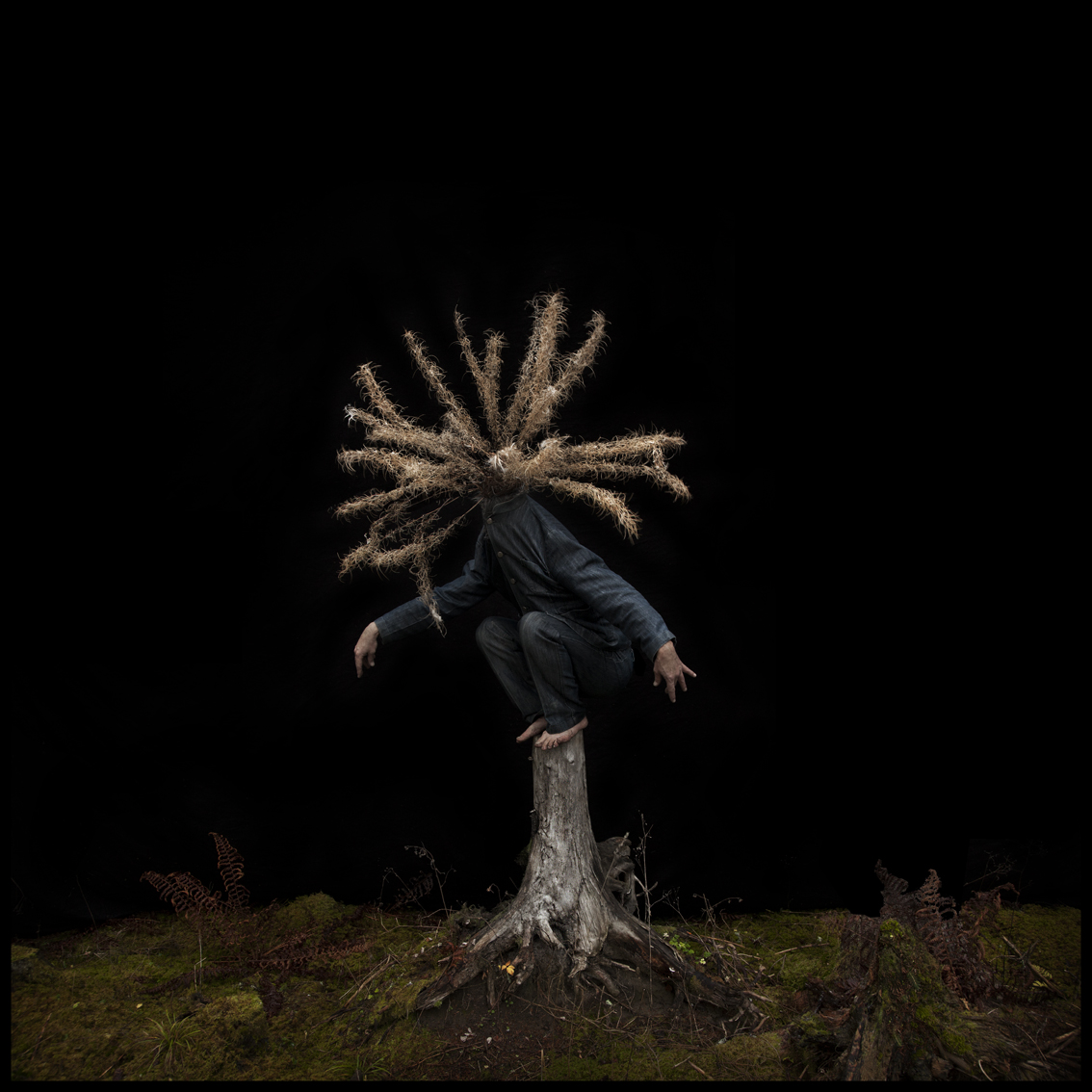