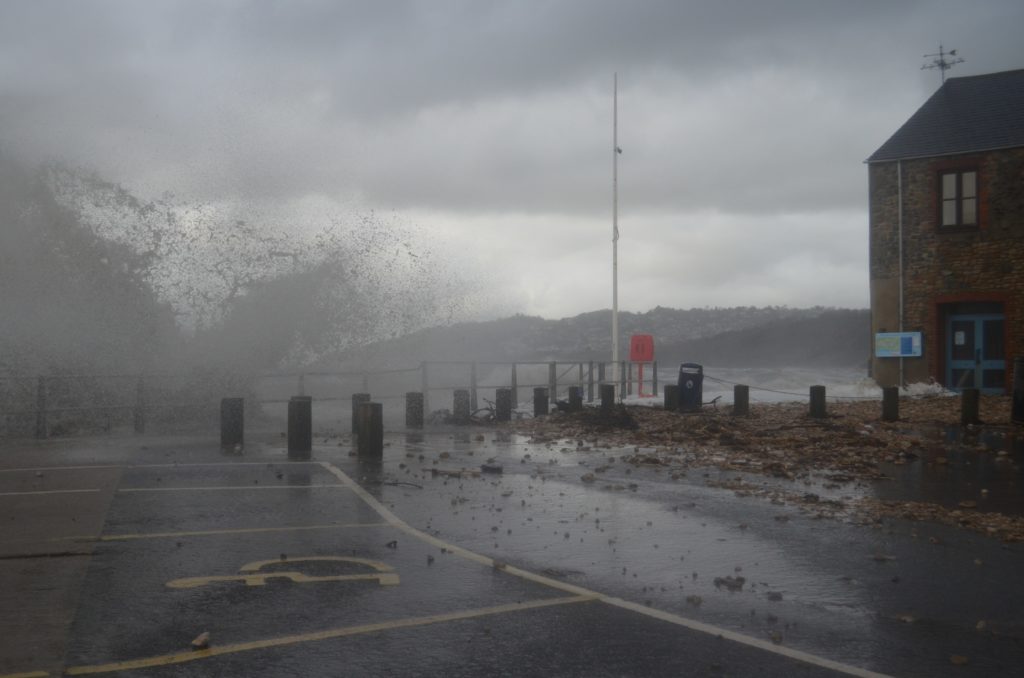 Terry Gifford
is Visiting Scholar at the Centre for Writing and Environment, Bath Spa University and Profesor Honorifico at the University of Alicante. He is the author of seven collections of poetry, a contributor to The Cambridge Companion to Literature and Environment (2014).
Share

England, bound in with the triumphant sea,
Whose rocky shore beats back the envious siege
Of wat’ry Neptune, is now bound in with shame.
Richard II, II.i

It comes, not with a whimper but a bang. I have seen climate change arrive on the shores of Southern England. I have stood, and quickly stepped back, witnessing its arrival. It is visceral and frightening and not about to be theorised. It is a successions of walls of green water, white capped in its eagerness to unfurl upon me, roaring louder than a highway and aimed directly at my cosy preconceptions of millimetre by millimetre sea level rise as the icecaps slowly melt. Here they are already and charging me down with an unpredictable force that throws heavy spray in the air at sudden intervals. The huge rocks behind me on the coastal car park lay heavy with portent, or actually the pastent of a night even worse, or actually a future lived rather differently. All edges are gone. All boundaries awash. All dualities – sea and land, water and rock, seawater and stone buildings, resources and neoliberalism, nature and culture – are here dissolved in sucked-back sea water. And it is dangerous, disturbing and disruptive to shoreline tourism, fossil collecting, rock pool probing, beach kite flying, fish and chips, coastal nuclear power stations and estuarine cities. To say nothing of English seaside sunbathing and the Factor 54 industry.

Charmouth. A quieter alternative, if one is needed, of Lyme Regis, setting of John Fowles’ novel The French Lieutenant’s Woman. The first weekend in February 2014. The South Coast Footpath dips yet again here between cliffs where the little creek of the Char attempts to make a kind of mouth. Backpackers passing through think they are retreating into the past, but they are the future. We visit a joyous family of friends, shaken in a strange way by the destructive force they thought they had the measure of. A week of this storm has the mother sobbing at the threat to their little sea-living community. It’s not the mess made of its emerging Visitors’ Centre, but something much deeper reached by this storm sea, something washing into her dreams and the futures of her small sons.

At our Charmouth B&B the garden is now smaller, having slipped into the landslip that slipped into the sea. A crack like a seismic line in the far edge of the lawn is the next sacrifice to making a living on this cliff top. The garden fence has gone down in a chaos of mud and vegetation under the command of gravity. How many years before the house itself is called for by the deeps? Behind the house is our modest car. (Soon I will fly to a conference in California about John Muir, Scottish founding father of the American conservation movement.) Fossil fuel has facilitated our visit to the Jurassic Coast. At low tide we walk the boulders that hold huge ammonites up to the gaze. We look down on earlier extinctions, without irony. They are in front of our eyes, clearly circling with stories we carelessly step upon and move on under a burning sun. Is ‘tourism’ a word of the past, like a knapped axe of granite from Langdale? Is it already secretly reduced in its range by the small green people of the planet? Have we already made the first small changes in our lives, if only at an emotional level? Is it really happening now, not with a whimper but this sea sieging bang? Are these three paragraphs adequate to the bang? Is their data in any way useful? How could it be? I am now bound in with several reasons for shame. Is this my only default position? you ask. Tell me what it should be and I will tell you if I can live with it. Of course, you will tell me that I should. Choices are narrowing. Sea is still sieging, you and me, incessantly. 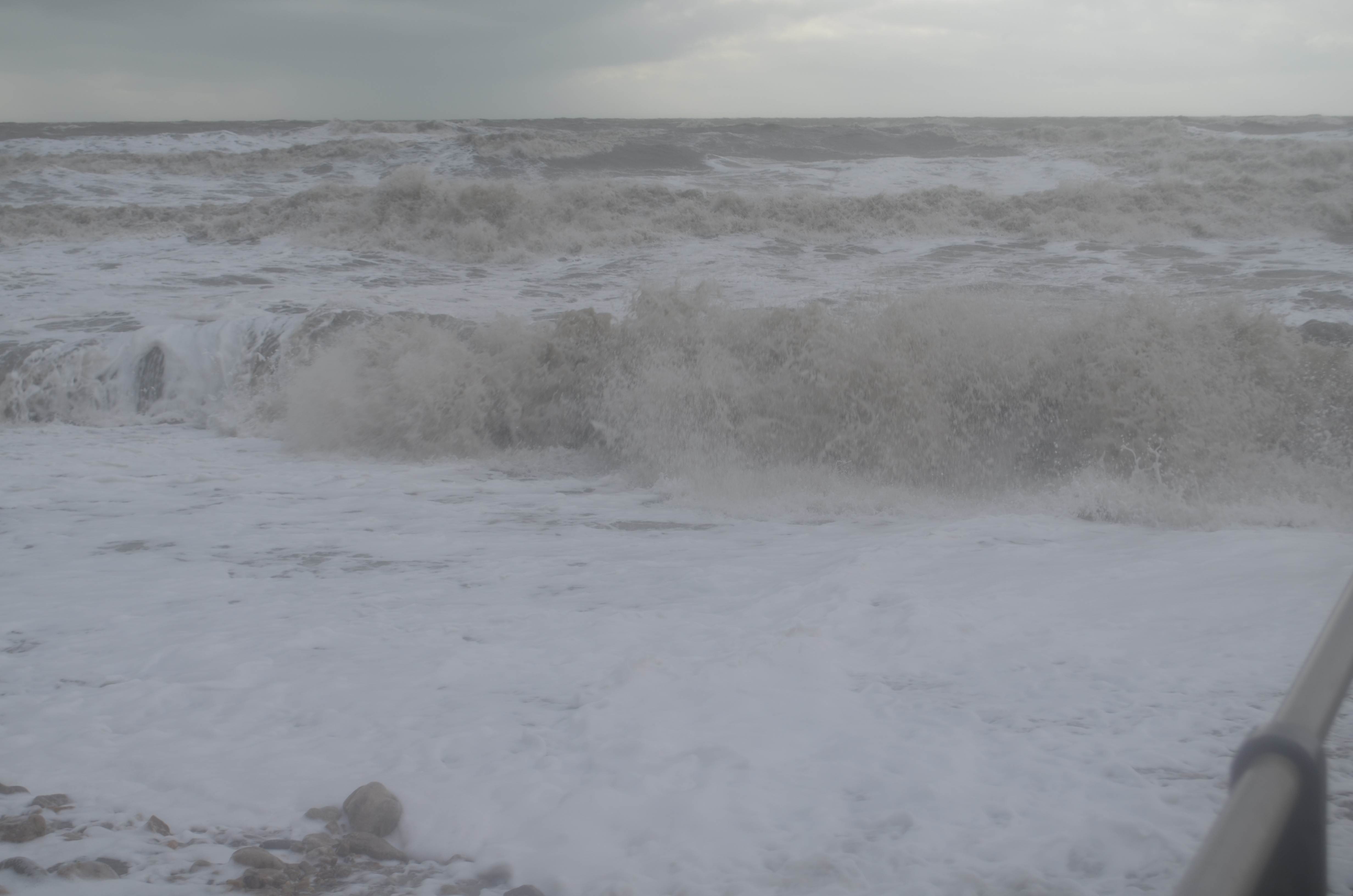