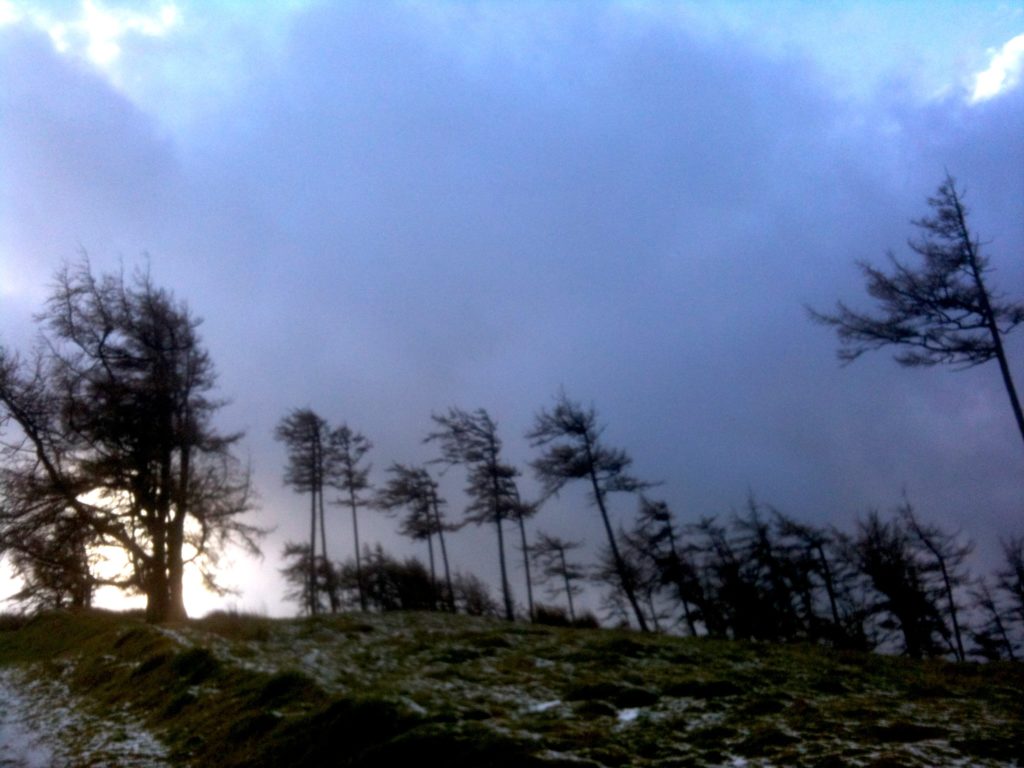 Catrina Davies
is an author and songwriter. She was born in Snowdonia and grew up around Land's End, in Cornwall, UK. Her first book, The Ribbons are for Fearlessness is a true story about busking from Norway to Portugal. Her second book, Homesick: Why I Live in a Shed is a first-hand account of the housing crisis. Belan is her second album.
Share
Life is exactly the way I want it. I get up early and sit on my own all day scratching with a pencil and typing and running and reading and not answering the telephone. Thanks to a grant from the Society of Authors worth six months of gardening, I am donating the next portion of my life to writing about my shed and other shed-related issues. Like ecological obliteration, the housing crisis and stars.

I haven’t actually seen the shed in months. I have no way of knowing for sure if it exists. I am holed up animal-sitting on a small farm in Wales, being so existential I sometimes wonder if I exist. The geese seem to think I do, and the chickens, and the peacocks. They queue up outside the kitchen door every morning and honk at me until I get to my feet and chuck stale bread at them. Sometimes I accidentally hit them with it. They jump and squawk in shock. I seem to be trying to kill them. On the other hand I have bread. Life is risk. Even at breakfast.

The animals belong to a pair of doctors who are volunteering in Africa. As well as animals, they keep books. There are several whole rooms full of them, arranged by subject. There are books on philosophy, religion, chess, Marx, self-sufficiency, stars. I accidentally picked up a book on stars. It began with the following sentence:

Every atom in our bodies was once part of a star.

Another once, when I lived in a tent and was nursing a broken heart, I had temporary ownership of a rusting bucket somebody had found on the beach. Every night I put it in the doorway of the tent and lit a candle in it. The shadows of the light through the holes in the bucket made stars on the canvas above me. I loved that rusting bucket. I couldn’t sleep without it.

While I was living in the tent and crying my way through time somebody tried to comfort me. They said life was nothing more or less than a long process of letting go. I was in my early twenties and wanted to punch them. Then the person who had found the bucket came home and took it back and lost it.

These days I can’t sleep for the ache of time passing. 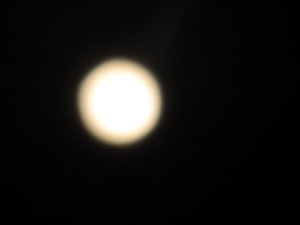 Sometimes, in the middle of the night, I get up and go outside. From inside, outside seems scary, like the black darkness on the edge of the ring of light made by a torch. But if you turn the torch off you can look at the stars. Or the stars can look at you. They can beam their light into your eyeballs from outer space until you can’t stand it anymore and go back inside.

From a certain angle starlight is the ache of time passing. Some of the stars that are watching me are actually dead. Burnt-out wrecks, like cars at the bottom of a gully. The past arriving through infinite space and parking in my eyes while I’m trying to keep my balance on the icy surface of a ball of fire as it hurtles the cutting edge of nothingness at 67,000 miles per hour. Nobody said this was going to be easy. Nobody said anything. Here we are.

My mind can go great distances while my body is sitting quietly at a table. The table itself is a whirling constellation of atoms. In their electromagnetic way atoms resemble miniature solar systems, the nucleus lording it like the sun in the centre. Atoms cannot be cut, but they are easy to draw. Drawing atoms is one of the few things I remember from school science lessons. It’s been very helpful.

I can draw stars too. I am terrible at drawing. But I can draw how space and time and death and the endless conservation of energy look on the inside of my own eyelids, in a way that you will recognise. But you’ve been there. We’ve all been there.

Every atom in our bodies was once part of a star.

This is a matter of fact. A fact of matter.

I have no idea what to do about my new-found stardom. I have animals to feed. The stars are glowing above me in the sky. Beneath me, packed into the ice, are more stars. Stars trapped inside bubbles. Bubbles trapped inside ice. The bubbles reflect the starlight back to the stars. I’m stuck in the middle with you.

I go to try to shut the geese in so the fox doesn’t eat them. All three of us fall over and slide comically down the hill towards the frozen pond. They have wings, which helps, but not much.

This afternoon I went skating on a frozen puddle in the mountains. I’ve never tried skating before. I could only do it when I didn’t think about it. If I thought about it I tensed up and fell down. On our way back there was a magnificent burning sunset. We stopped the truck and got out and stared at it for a while, helplessly.

The sun is our nearest star. We would fry if the sun was a fraction closer and we would freeze if it was a fraction further away. The ecology of the sun is very delicate. A weirdly precise gravity/temperature/pressure love triangle that somehow stops it collapsing in on itself. The sun has been burning for four and a half billion years. We’re not exactly sure how, and we have absolutely no idea why.

But it was a fun afternoon trying to walk on ice, balanced on the edges of knives.

The horses can’t walk on ice any better than I can, or they won’t, unless I grab them by the hair and pull them. Then they come easily, metal-shod feet sliding outwards like a cartoon. They think I know what I’m doing. I try not to fall over where they can see me. I don’t want them to feel unsafe.

I have never touched a star. I hear they shine even when there are clouds and I can’t see them, or when I’m facing the wrong way. I hear they’re still up there, shining. Friends tell me my shed is still there, too. Still standing. This is good to know.

Earth is inhospitable in places. She floods and storms and shakes herself like a wet dog and trees fall down and crush lorries. She pukes magma and cracks open in awkward places and buildings fall into the cracks. She’s wild and beautiful and economically outmoded, insisting that decay is worth as much as growth. She’s a dream and a trip and a cold-blooded killer. She proliferates disease, grows cacti and laughs in the face of Health and Safety.

My shed is inhospitable at times. It blows like a treehouse and clatters like a horse. Rats chew their way through the thin walls when they think I’m not looking. It rots and leaks and forces me to keep a cordless drill and a broken air rifle, which is not safe for anybody. You can’t lock it in summer and the door won’t open in winter. But none of that matters very much. What matters is that I have a home, and that I can see the stars from it.

My shed-home is part of my love triangle of freedom/security/growth. One of the forces that stops me collapsing in on myself while I’m hitch-hiking round the galaxy on a pair of imaginary wings and a bucketload of prayers, hoping not to be chucked off until I’m old enough to deal with my own disintegration.

Confusing home with money represents a lack of intelligence. The housing crisis is just another manifestation of our massive collective blind spot; a loss of ability to read what is written in the stars. ‘An attitude to life which seeks fulfillment in the single-minded pursuit of wealth – in short, materialism– does not fit into this world’ wrote Schumacher, who also noticed that ‘The stillness following liberation – even if only momentary – produces the insights of wisdom which are obtainable in no other way.’

My shed shines with stillness.

Into the stillness comes the first star I see tonight. I wish upon that star that you too may have a shed. To write your books and bring up your children. To store your rusty buckets and pin up your star drawings. To feel the ache of time passing and be humbled by the setting of the sun. To rest your weary dreams and wash your dusty feet.

This is not, as a matter of actual fact, too much to wish for. As a matter of actual fact, this isn’t a housing crisis. It’s a hoarding crisis. A crisis of trust and power and politics, not supply. Like all our man-made crises. Earth may be volatile, but she’s generous to a fault. There are more than enough houses to go around. According to a recent article in The Guardian, there are about 700,000 ‘long-term empty’ homes in the UK, calculated from local authority council tax data. Overall, and not counting sheds, there are roughly 66 million bedrooms to be shared between 55 million people, and you’d hope that at least some of them would be having sex.

And so, when I later see a shooting star, I wish that those who have taken too many sheds may be granted the wisdom to understand that no amount of extra sheds will ever make them safe. In fact it’s the exact opposite. The more the gulf widens, the more the social fabric cracks apart and the ecological carpet is worried to threads, the more time we spend gazing at bank statements instead of stars, the more likely it is that we will break our cosmic love triangle and collapse into the black hole of obliteration.

And that would be a shame.

Because it’s quite fun trying to walk on ice.

Until it melts away. 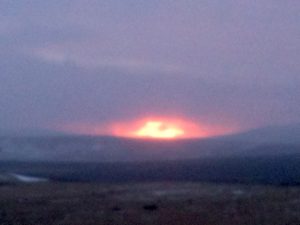 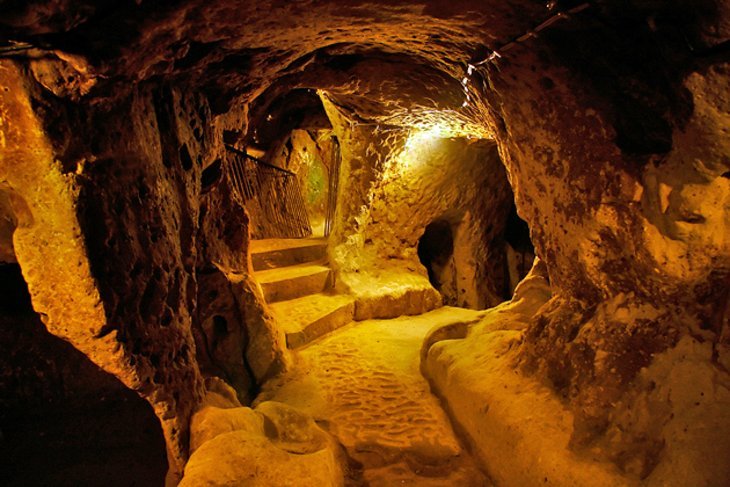 Entering the Tunnel of Time in Cappadocia 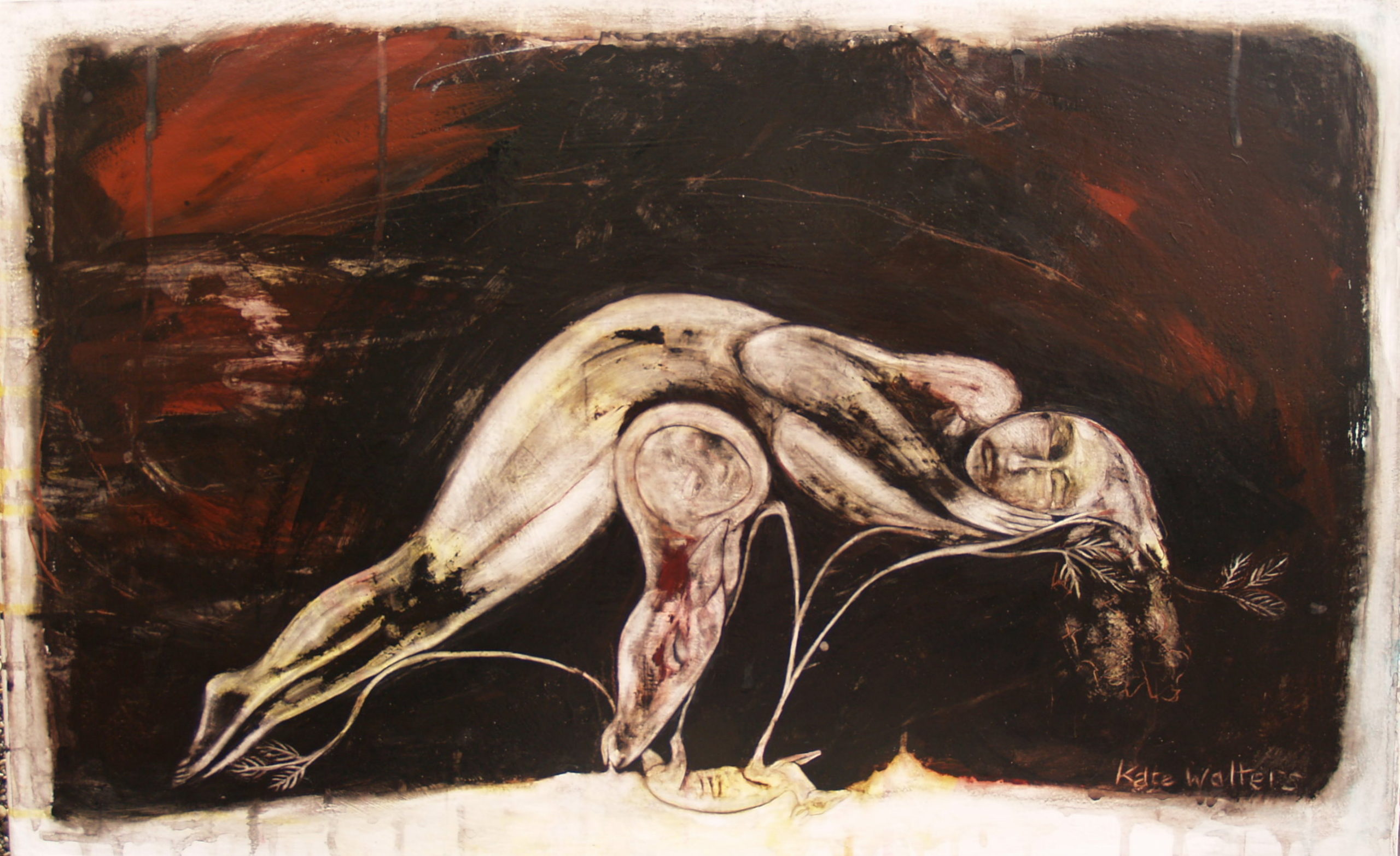 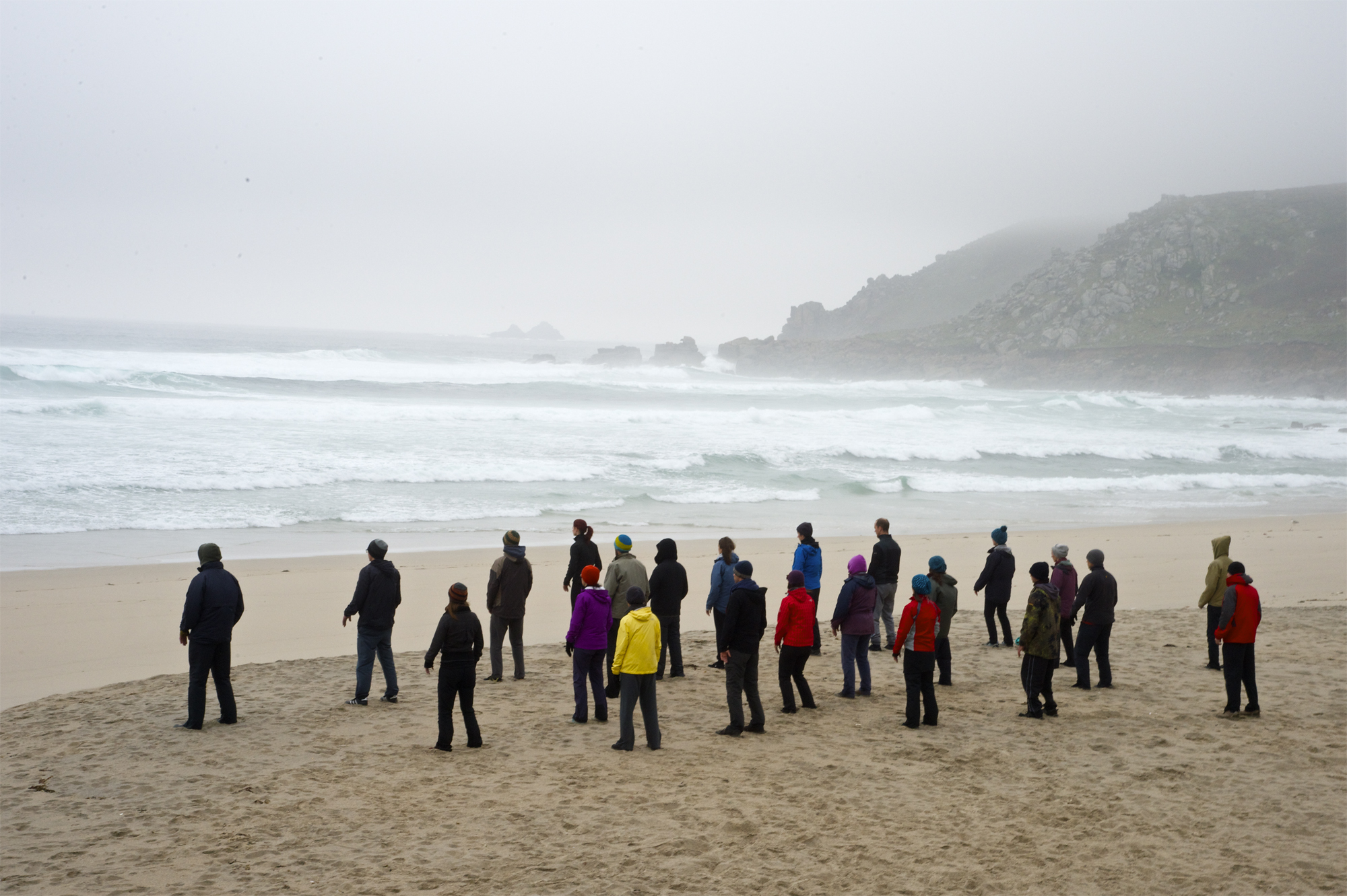 The Way Back to the Wilderness Within

Max St John
In the second round of our series Becoming Human, Max St John tells the story of his journey back to the wild through the Daoist body practice Nei Gong
Becoming HumanLife writing 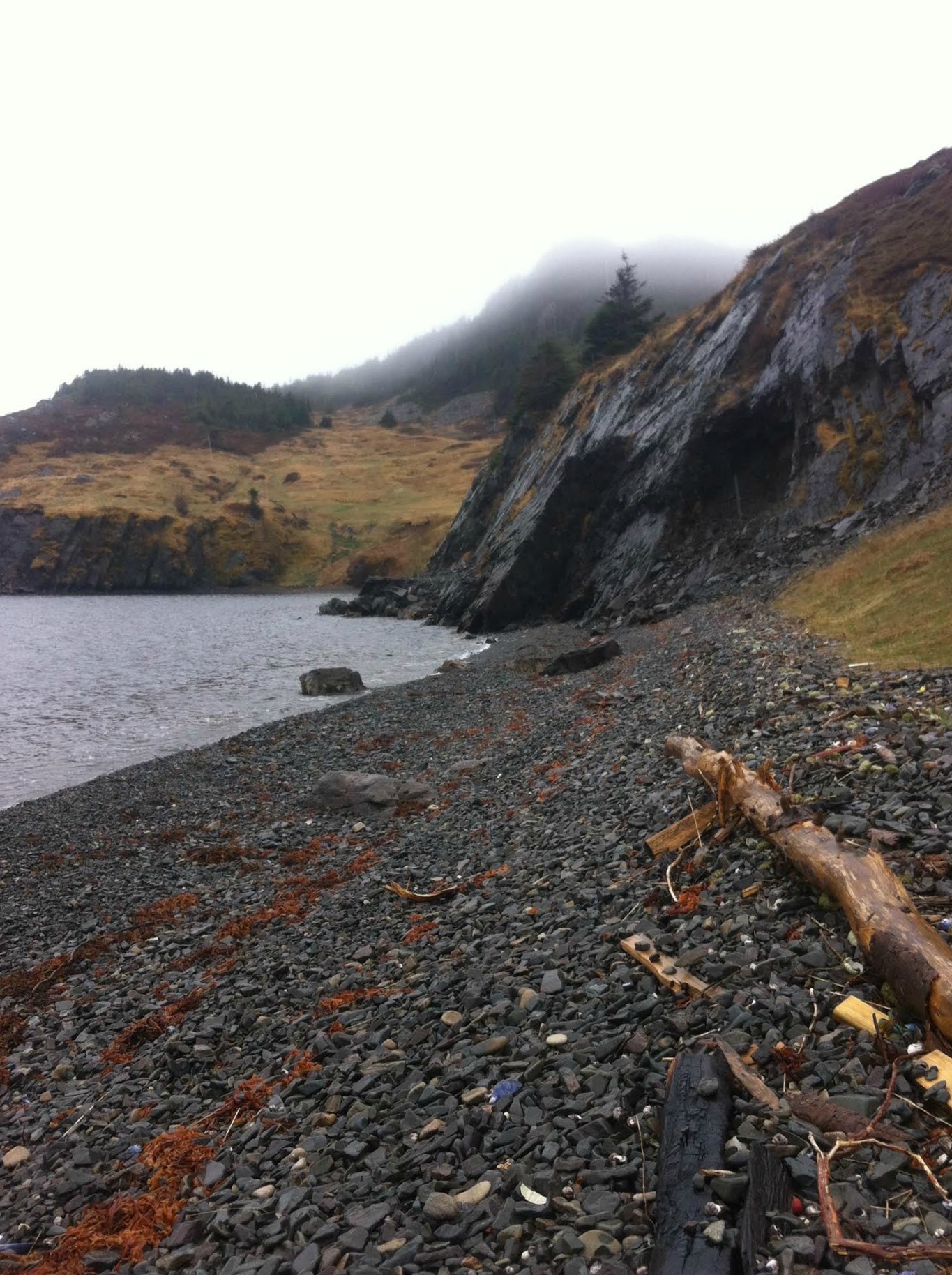