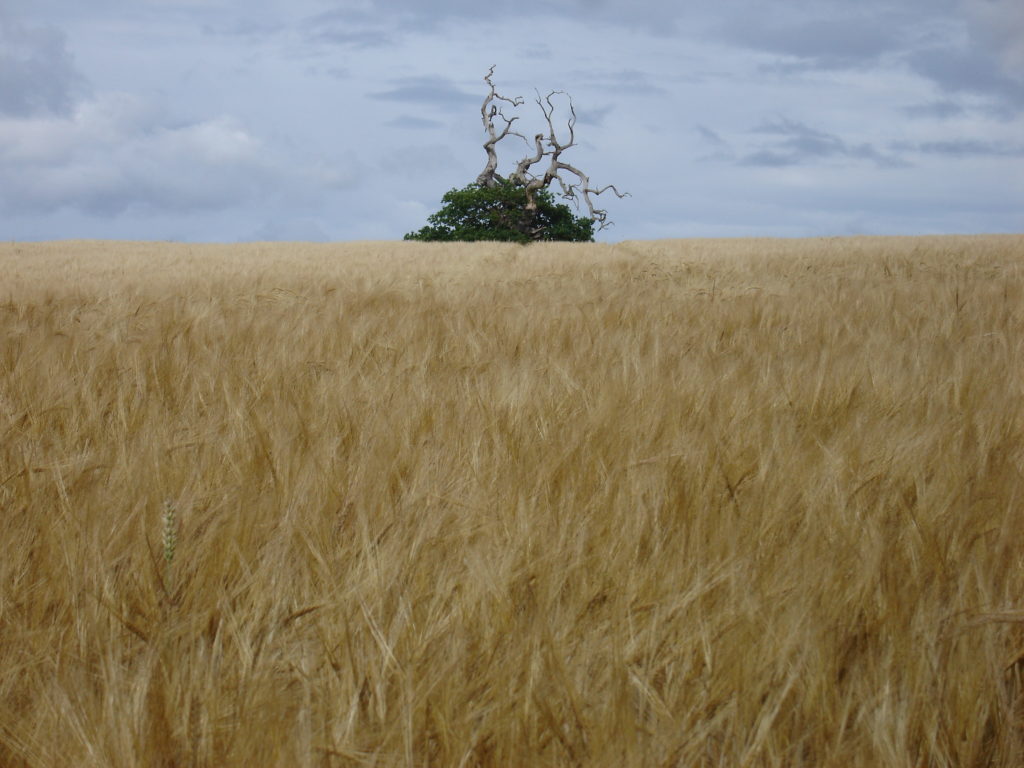 Richard Smyth
is a writer and critic whose essays and reviews have appeared in the TLS, New Humanist, New Statesman and Literary Review. His award-winning short fiction has also been widely published. His most recent book is A Sweet, Wild Note
Share
Storytelling is a problem. Stories always end at the end; this is the problem. We don’t expect stories to stop abruptly just a few pages in, or films to cut to black halfway through the first reel, or actors to walk off the stage before the first lines have been delivered. We have expectations of stories. Because we think that lives are stories – our lives, and the lives of others – we have expectations of lives. We always think we have a whole bunch of pages left in our right hand. We don’t think they’re going to end just like th

What I want to say is that in reality most lives end part-way through. But that’s not true either. Lives, too, end at the end. The difference is that stories come in containers and lives don’t. Stories last as long as there are pages in the book or inches on the Netflix progress bar. Lives, on the other hand, just end. Every day is the last day. We are always on the last page, and staring at the endpapers.

The world is not full of stories. It has, yes, a lot of stories in it, and we’re very good at finding them (we’re very good, too, at finding faces in rock formations, and shapes in clouds, and portraits of Christ on burnt toast). But really the world is full of non-stories. The world is made of non-stories. Storytellers are prone to survivor bias but the real heavy lifting here is done by the dead. Wastage on an unimaginable scale is the engine of evolution. One in a thousand sea turtle hatchlings survive to adulthood. Among African cheetahs the rate is one in twenty. Eighty-five per cent of wild salmon eggs don’t even hatch. The natural world is defined by its failures, by the stories that don’t begin, and can’t be told.

I discussed this not long ago with a friend of mine who produces nature documentaries. He asked me what sort of nature programmes I’d want to make, given the talent and a free hand. Ones that reflected the reality, I said, and went on for a bit in much the same vein as above. So, he said, you’d make a programme that showed unborn and new-born animals dying horribly, one after the other, in an endless parade. Uh, yes, I said. He said he didn’t think it was a goer.

When we write about death we’re almost always writing about loss. Loss means that someone, or something, survives. And if something survives, the story becomes about survival.

We might say dismissively of a story, life’s not like that. We don’t always mean ‘that could never happen’; we might instead mean ‘that’s not typical – things hardly ever turn out that way’. And we’re right, when we say that – in fact we’re more right than we realise. Stories hardly ever happen; stories are a rare thing indeed in the wild world.

A novel, you can argue, doesn’t need a story. But it does need a voice. It needs something, at least, and not nothing. We can only write about nothing from the vantage-point of something. How, then, are we to novelise the sixth great extinction?


This thing, this decline, this plummet into ecological oblivion … no-one’s really writing about it. It’s like having no novels about war, or songs about love, or poetry about birdsong.

At this point the part of me that writes fiction stirs uneasily in its wing-chair. What does that have to do with the novel? Novels aren’t for doing. They’re for being. Novels aren’t campaign literature.

So it needs writing about. It doesn’t have to be preached about; we don’t necessarily need polemics or cautionary tales. Just write about it and see what happens. See what comes out.

There’s something visceral in Darwin’s phrasing: the clumsy, wasteful, blundering low & horridly cruel works of nature. There’s horror here – contempt, too. And there’s an instinctive sense of agency in nature. Darwin of course knew that evolution by natural selection was a mechanical process, no more consciously cruel than a mincing machine, but I suppose old habits of thought die hard (we might think of Kingsley Amis’s reply when Yevgeny Yevtushenko asked if he was an atheist: ‘Well, yes, but it’s more that I hate Him’).

These days, we’ve taught ourselves – thanks in no small part to Darwin – to think differently. I watched a BBC documentary the other day about the miserable lives of lions on the Serengeti. The narrator was unstoppably chipper about it all: a ravaging drought was OK because it kept the lion numbers sustainable, a miles-wide savannah fire was just fine because it ‘managed’ the Serengeti ecosystem. It’s natural! It’s fine! It’s all part, isn’t it, of life’s rich tapestry.

And of course it is. It’s the way things work; it’s how we all got here. It’s just how things are done out there. We look on it with a cold and knowing eye, as well-trained eco-realists, and we’re right, really, to do so. The contempt, the horror, the hate: these belong to an abandoned mindset, a way of looking at the world that saw – couldn’t help seeing – a guiding intelligence behind the butchery. We don’t see it that way, these days. We see natural processes at work. Sure, it’s tough, for the lions, for the gazelles, hell, for everybody – but that’s life, huh. We don’t blame anyone.

This habit, too, persists. Even when – even though – there is someone to blame (who’s got two opposable thumbs and an insatiable thirst for natural resources?).

As humankind continues to skew the survival averages, rig the game, throw every balance out of whack, we should perhaps make an effort to rediscover the disgust we find in Darwin. Disgust at the scale of the thing, now that we’re complicit in it. The numbers. The waste. Nature’s way has always been a mean scheme but we’ve made it meaner.

This isn’t to say that the micro-narratives of nature – the polar bear foundering in melting ice, the prairie songbird silenced by drought – don’t matter; rather, that there’s an epic story here as well. It’s true that this story exists in microcosm within each tiny tragedy, each fallen sparrow, but it’s within the scope of the novel to grasp it in its world-scale entirety, too.

A clumsiness that rampages across continents. A wastefulness that razes rainforests for palm-oil and rakes bare the ocean floor. The blunders – the grand folly, the wilful stupidity – of anthropogenic climate change. The cruelty of it all.

What a novel a devil’s chaplain could make of this.

Our ‘Rewilding the Novel’ series continues in the coming weeks with essays by Stephen Backhouse, Winnie Li, Paul Kingsnorth, Natasha Carthew and others.