Skip to content
Paul Kingsnorth
is the co-founder of the Dark Mountain Project, of which he was director from 2009-2017, He is the author of nine books - three novels, two poetry collections and four works of non-fiction - all of which, it turns out, tell the same story: how we walked away from the wild world, and how we might get home again, if we can. He runs the Wyrd School which teaches wild writing and art and lives in the west of Ireland.
Share
It was in religious education classes at school (classes which always seemed to be headed by evangelical Christians, in my school at least) that I was first introduced to Satanic Barcode Theory. If you’ve no idea what I’m talking about, it works like this. First, take a quote from the Book of Revelation:

‘And he [‘the Beast’] causeth all, both small and great, rich and poor, free and bond, to receive a mark in their right hand, or in their foreheads: And that no man might buy or sell, save he that had the mark, or the name of the beast, or the number of his name. Here is wisdom. Let him that hath understanding count the number of the beast: for it is the number of a man; and his number is six hundred threescore and six.’

That’s the Christian Bible, informing you that a time will come when no-one will be able to ‘buy or sell’ without the ‘mark of the Beast’, apparently tattooed on his or her head or hand. That number is 666.

Next, take a look at this (borrowed from here):

This is a barcode. Every barcode, as you can see above, has three ‘guard bars’ on it, and each of these guard bars is the equivalent of the number 6 on the barcode, thus:

Every barcode, in other words, has the number 666 running through it like words through a stick of rock. So, the barcode, without which it is pretty tough these days to ‘buy or sell’ anything, is the mark of the Beast, according to the Bible and my old RE teacher. Satan is capitalism. Or trade, or digitisation of commerce, or supermarkets or multinationals, or something. There are a few flaws in this theory, of course, not least of which is that no-one has barcodes tattooed on their head or hand. But this, apparently, was a detail; my teacher was pretty convinced that, within a few decades, some version of the barcode would end up embedded in or imprinted on human bodies, to allow us all to transact our lives away with minimal fuss.

When I was 15, this conspiracy theory was exciting. I wasn’t religious, and wasn’t in the habit of listening much to RE teachers, but this lesson grabbed me. It satisfied the Manichean part of my nature. The world was, in this telling, black and white: a straight battle between good and evil. And once people started tattooing barcodes on their skin it was going to be damn clear which was which. At that point, those of us who were good would be able to see what was coming, and we would have to cut loose: run to the hills, form communes, get guns, prepare. It would be frightening, but also thrilling – and, most importantly of all, morally simple. There was no complexity here. You had the mark, or you didn’t. And when the moment came, I’d never let them mark me.

You’re quite susceptible to this kind of worldview when you’re fifteen, you’ve read The Lord of The Rings twice and you watch Star Wars every Christmas. Then you grow up and you realise, with some regret, that life is more morally complex than this. You realise that the barcode moment – the moment when the grey areas fall away and you are forced to choose, and you can take a stand with clarity – will never come.

And then you see this.

This is Project Glass, pioneered by the increasingly evil Google. Project Glass aims to – well, you can see for yourself what it aims to do. It will allow you to stream the internet directly into your eyes, providing you, literally, with a new lens through which to see the world: one manufactured by a big corporation. One which defines and explains that world to you, according to your own consumer criteria, and which will doubtless make every effort to sell bits of it to you as well. As a breathless review of this infant technology by a geek magazine explains:

The Google goggles can give weather information when you look out the window, show you a text message and allow you to reply with voice dictation and more. One section of the video shows the glasses informing the user that the underground system is suspended before they enter the station and goes on to give turn by turn walking directions to the destination … We don’t know how far away from getting hold of a pair of these we are but we hope it’s sooner rather than later.

I bet you do, you ridiculous nerds. Google has been regaling us with possibilities. Wearing these, you’ll be able to look at a tree and be informed what species it is; look at a cloud and get a flashing message in the sky giving you its meteorological name; look at a product and get a price. The whole world will be explained. You’ll be an excited, well-informed robot-person, all day every day, and there’ll be no need at all for even minimal interaction with your surroundings or with other living creatures.

I’m not qualified to say whether Google is in actual fact the Antichrist, though nothing would surprise me anymore. Perhaps my old RE teacher would know. But I think that, if this technology ever becomes a reality – and it will – this could be my barcode moment. This could be the moment at which I run for the hills. Because this crosses some ill-defined but strongly-felt internal line. This is the moment at which technologies which up to now have merely been irritating and sometimes a bit worrying – smart phones, mobile Twitter feeds, handheld web devices and the like – become actually sinister. This is the moment at which our dive headfirst into narcissism – our declaration that we will not interact anymore with anything but ourselves and our machines – becomes stark and impossible to deny.

But what would I be running from, and how could I escape it? This is the future. It is the direction this culture is headed in. It is the ultimate endpoint of the progressive narrative, which sees us escaping from Nature and merging with – becoming – machines. It is the remaking of everything in the image of the hive mind of the consumer West.

I have seen this future already, as it happens, in human form. Last year I had a debate with a man called Kevin Warwick. Kevin, a mild-mannered academic from the University of Reading, sells himself as the ‘world’s first cyborg.’ He’s a computer scientist who a few years back inserted several microchips into his arms to allow him to communicate with computers outside his body, and control objects he wasn’t touching. He thinks this is the first step towards the Singularity – the event long anticipated by Silicon Valley nerds (not to mention HG Wells) in which humanity merges with its technology and gives rise to a new and better species. You can watch that debate online if you have an empty half hour or so.

I thought Kevin did a pretty bad job of selling what he was trying to present as a Utopian future, particularly when he happily agreed that it might lead to a Terminator-style war against the machines, as the computers realise they don’t need us after all. He didn’t seem too bothered by this possibility; perhaps it was just supposed to be natural selection in action. Perhaps carbon-based lifeforms are the past, and silicon-based lifeforms the future; I’ve heard it said.

But presentation aside, two things really grabbed me about the cyborg’s take on the ‘post-human’ future. The first was that he was being a lot more honest about things than a lot of techno-progressives are prepared to be. It seems to me that post-humanism, or transhumanism, or whatever you prefer to call it, is indeed the inevitable endpoint of the particular model of progress which Western industrial culture is currently chasing. The Ray Kurzweils of this world are currently laughed at as fringe geeks, but then that’s what they said about the guys pioneering the internet in the 1980s, and who’s laughing now? It seems to me, anyway, that we are already merging with our technologies. I have sat in pubs with people who play with their iPhones rather than talk to me (perhaps it’s just me) and walked down country lanes with people who are too busy Tweeting to notice the tweeting. Ten years ago this stuff would have been unthinkable. In ten years time it will look primitive.

‘Give a Western man a job of work to do’, wrote George Orwell eighty years ago, ‘and he will immediately set about inventing a machine to do it for him.’ Today perhaps we could update this rule for the digital age: give a Western man a choice between engaging with his internal world through a machine or engaging with the external world via his body and its immediate environment, and he’ll increasingly choose the former. Perhaps it’s only a small step from the chip in your iphone to the chip in your arm (or in your head or hand …). I’m not sure I’d count anything out – and neither would some people who have been at the sharp end and are frightened by what’s in the pipeline.

But there was something else about what Kevin Warwick said which grabbed me too, and it was the total absence of non-human life from his vision of the future. Again, this is simply a distillation of our wider cultural attitudes and assumptions. Kevin blithely dismissed my talk about climate change, mass extinction, our culture’s divorce from nature. None of this was happening, he said – or if it was, it could be solved more quickly by charging towards post-humanism. If the climate is changing, he said, and we’re incapable of solving it now, perhaps it will be solved better by post-human technologies. Perhaps. Anyway: onwards!

The endpoint of a culture which focuses on human desire above all things, rejects all previous ways of living, worships machines, sneers at the spiritual and sees the world as a collection of components to be taken apart and analysed in the service of utility, is a world in which humanity disappears further and further into narcissistic virtuality, ‘improving’ its own capabilities with its technology while the world burns around it. And here we are. Could it have been any other way?

There are plenty of reasons, of course, to suggest that the Singularity will never be reached. Even if you don’t believe that humanity will get its act together and reject it (and why would we? We’re lovin’ it!) it seems likely that nature will rebel – that the resource crunch and the collapse of the Earth’s systems which we are busy engineering will pull the rug out from under the progressive narrative before Skynet really gets going. But it’s worth asking a question: what if it doesn’t?

In the next part of this post, by way of a slight digression, I’ll have a stab at an answer. 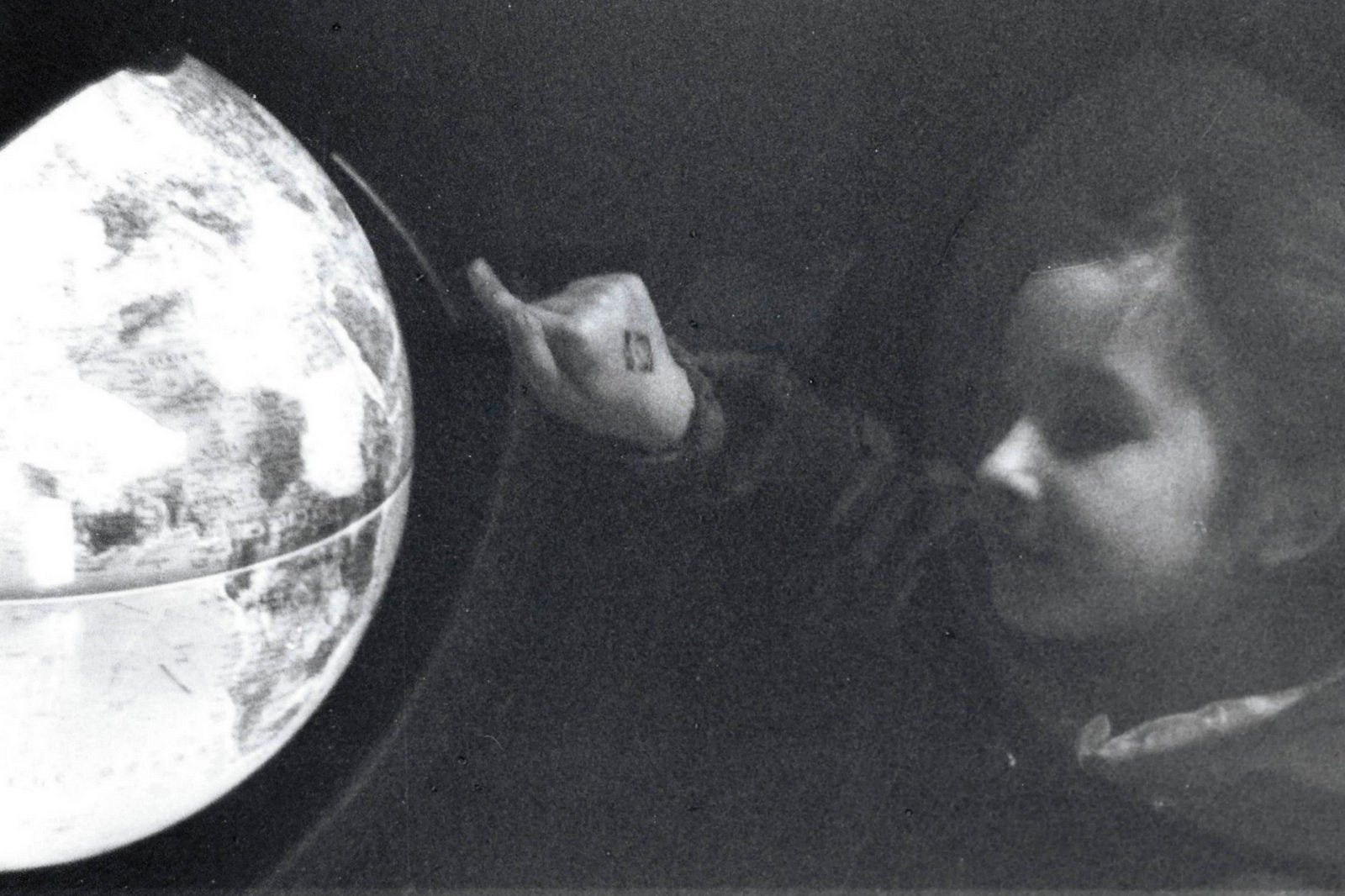