Detail from the Gundestrup cauldron
Brian George
is the author of two books of essays and five books of poetry. His book of essays Masks of Origin: Regression in the Service of Omnipotence will be published by Untimely Books in August. He is a graduate of the Massachusetts College of Art, an exhibited artist and former teacher. He often tells people first discovering his work that his goal is not so much to be read as to be reread, and then lived with.
Share

I grew up with my mother and with grandparents who were both wonderful storytellers, able to speak with authority for hours, to educate or entertain. They could cast a spell. Like food for birds, they threw the wealth of their experience around them, so much so that it took me 20 years to learn that we were poor. The oral tradition had been brought across the sea from County Kerry, Ireland, in the black days just before and after the end of the potato famine, when pregnant women dropped from hunger in the street. The tradition was sturdy – as strong as the skin of a bodhran, as vivid as the hangman’s noose. The voices of dead heroes had not yet faded out.

As a child on a warm spring night, if allowed to stay up late, I would sit with my grandparents on our third floor porch as the seven hills of Worcester blinked on and off in the distance. Around us would be arranged the rest of our immediate extended family, about 16 of them, whose genetic relationship to me was often quite obscure.

My grandfather would lead us on a charge through the cannon-fire at Gettysburg. A bit tipsy, an uncle would start to sing. My godfather would pontificate on his research into branches of the family tree, and tell of trudging up muddy roads to the stones at Eanloch, of the way that leads from Drogheda out past Ail na Mureaan, of hours spent in the attics of 18th-century churches. My grandfather would snort. He was not sentimental about Ireland. His father had come from there. So much for the good old days! Life here was good – and could be improved only if we still rode horses. Our one unwed mother would tell an off-colour joke, learned (of course) from a French Canadian. Moths would launch attacks on bulbs. My grandmother would harmonise the narrative cacophony.

Back and forth they would all rock in their chairs. They would joke and argue and tell stories late into the warm spring night. Trees would rustle. The scent of lilacs would waft up from the yard. Time would stop, almost. The moon would move. Crickets would continue to make noise as the sound of traffic slowly disappeared. I would swing to sleep in a hammock, not knowing if what I saw was a story or a dream.

Too many of our living libraries have no-one to assist them with repairs. The moment scheduled for transformation passes. It is time for them to go. There is a Hasidic saying that when a person is killed a whole world disappears with him or her. It ceases to exist in a mode available to the community – at least to the community of the living. The same holds true when a person dies with his or her stories unrecorded.

My memory swells, but the promise that it holds is false. The all-protective guardians of my childhood become smaller as I grow. Each year, the Earth revolves more deeply into darkness.

Sadly, I am no biographer, and cannot retell the particular stories of my grandparents. Or perhaps, when all is said and done, I am their testament, but their stories are the bones and nerves and organs of my body. I can only suggest some portion of the magic of their words, as the moon floated above our back porch long ago, and crickets chirped, and the sound of traffic slowly faded into silence.

There is a Hasidic saying that when a person is killed a whole world disappears with him or her. The same holds true when a person dies with his or her stories unrecorded.

As the years went by and men set foot on the moon. As McDonald’s built golden arches and TVs broadcast a revolution and atomic fission was employed to boil water. As fish had puppies and Earth’s population doubled. As ten-year-olds in the Amazon were taught to ‘walk a mile for a Camel’. As Pemex set up oil rigs on the Olmec ruins at La Venta and the dead pronounced a collective curse upon the clanking. As almost 98% of our DNA was determined to be ‘junk’ and this junk was then bought up by the most corrupt of cabals. As apes threw thighbones at the black obelisk that had haunted them.

As Surrealism found a locked door at the end of the Unconscious. As dreams bred monsters and new polymer chains were developed and the Great Society was destroyed by madness and the best minds of a generation competed to outsource their own lives. As the Future was sacrificed on the altar of the International Monetary Fund. As wind whistled through the broken windows of abandoned factories in the Rust Belt and only birds manned the machines. As the First World became more and more similar to the Third and the real world was replaced by an almost exact duplicate. As this duplicate became less and less like anything that was real.

As centrifugal force triumphed and as contemporary culture sprawled in all directions, my relatives moved a hundred or a thousand or three thousand miles away, or died.

Trailing supernatural powers, like the light from a dead sun, the Tuatha de Danaan had disappeared beyond the seven hills of Worcester. Empty chairs rocked back and forth. A layer of dust on the furniture remembered the once-heated arguments of the tribal council. My grandparents lost their audience. They were left almost alone. Bit by bit they drifted into memory, where their stories came to resemble continuously repeating tape loops. The culture had moved on, without them. There was little to focus their energies on present interactions.

With a change of scene, perhaps – in the aftermath of a trip to the Grand Canyon – or when some interesting new person might appear, the occult shape of their experience might suddenly snap back into focus. Wisdom had indeed accumulated. It was waiting to flash out with force, with the authority of the Senex, with the fearless joy of childhood. Filled with wonder, eyes would again grow sharp. They had been looking for the circle of stories where they had expected to end their days – a circle that had existed for millennia. It had been carried off from under them.

Now, new immigrant families occupy the three-decker that I grew up in, with its open porches, with its scent of lilacs in the spring, and with its panoramic view of the horizon. In my fingers, even to this day, I can feel the tin cans, large iron keys, one-handed clocks, shoes, anvils, rusted spark plugs, bent bicycle wheels, broken snake-oil bottles from the 1920s, and other treasures that I dug up from the yard. I marvel at how things so close can be simultaneously so far away. Some part of me is still rooted there, in the damp earth, in the strata of a house that has its own mode of existing.

Each year, the few dozen photographs that I have left of my grandparents look slightly the worse for wear, as a crack deepens or a piece crumbles from an edge. My fingers do not touch the things they hold, yet there is nonetheless some point to going through the motions. At times, I think that there is some circle on the other side of death, where a Bronze Age tripod has been set above a fire. I can see how the embers cast their light on the assembly. It is possible, I think, that seats for my grandparents had been long ago reserved there. There, it is possible that the feast is just getting started. To celebrate the solstice, or some other punctuation of a 26,000-year curve, the tribes have just come together from the four corners of the Zodiac. ‘So,’ says a distant cousin, ‘perhaps one of you would like to drop a stone into the soup?’ With their golden bodies, sporting incomprehensible glyphs, the dead may once again be able to pass for 15 or 16.

Biology betrays me. My right knee unexpectedly gives out. As one form of memory grows weaker there is another form that grows stronger. Each year, I add to my catalogue of wounds. I start to see how these are essential to my story, how certain misfortunes should be understood as gifts. When I speak to myself, there are others who now appear to be listening, and the voices of those not present are much louder than they were. There is a stone that goes before me through the arc of my displacement. It is tiny, and it glows.

Image: Detail from the Gundestrup cauldron, discovered in a peat bog near Gundestrup in Denmark, which is thought to depict scenes from Celtic mythology. 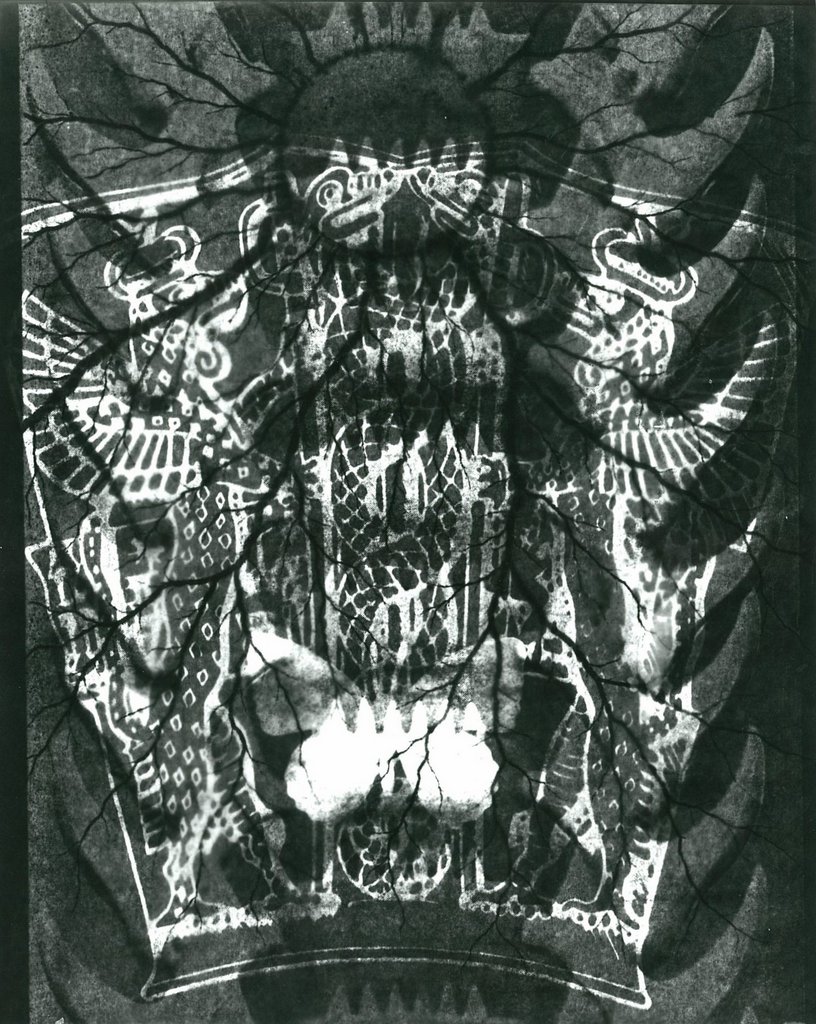 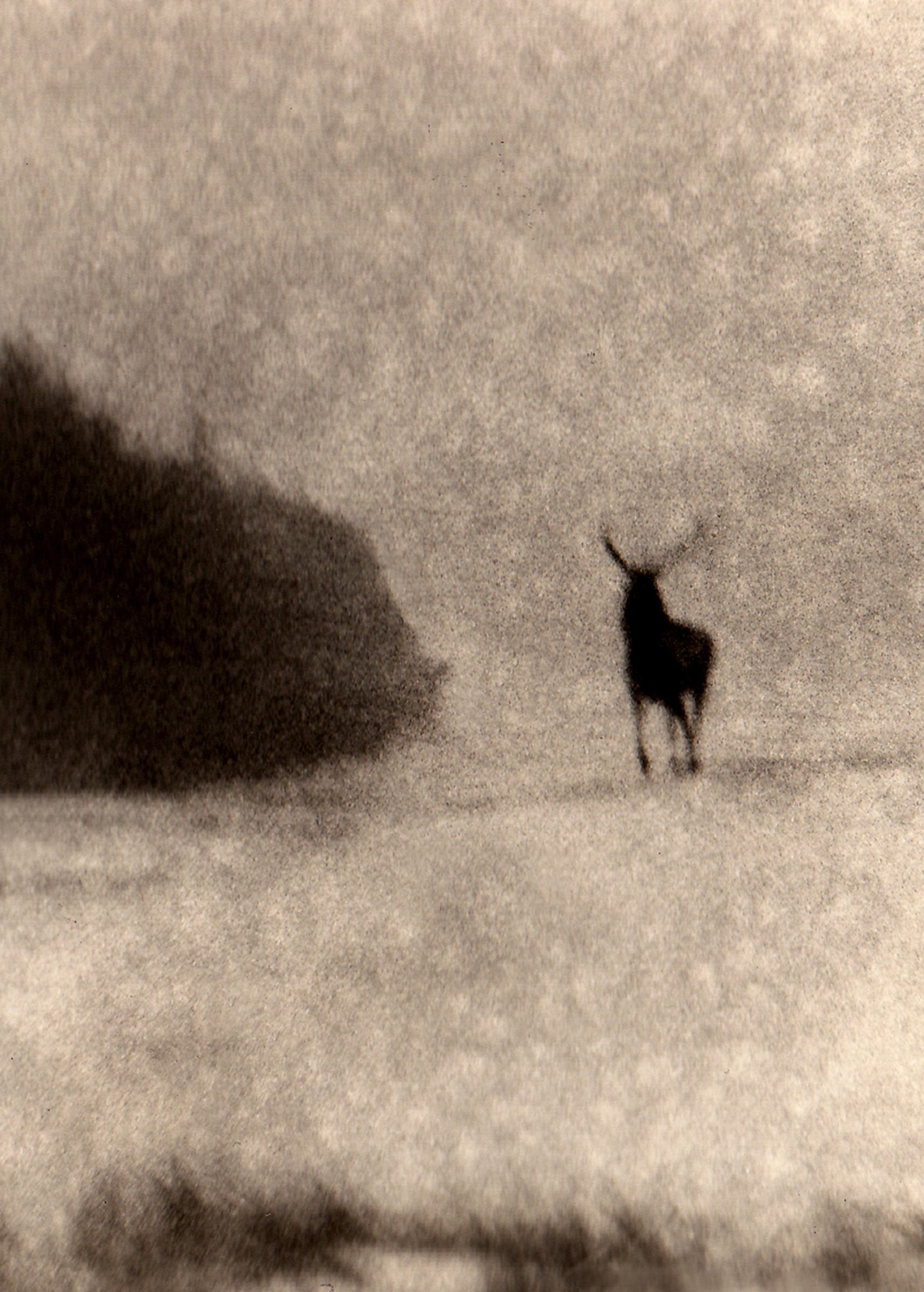 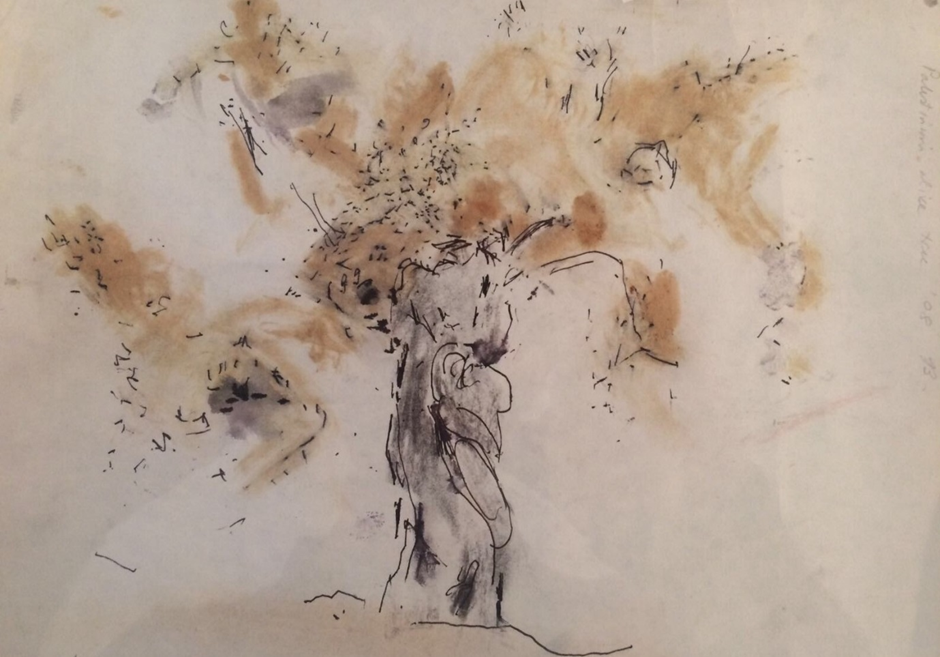