Skip to content
Maya Silver
writes about the environment and food. She's a fellow in the Environmental Humanities at the University of Utah and also the author of My Parent Has Cancer and it Really Sucks. She lives in a log cabin in Kamas, Utah.
Share
I’ve always gazed skyward at night, searching for solace in the vastness of space. I rise at odd hours to catch meteor showers. I appal friends when I explain why I’d sign up for a one-way trip to Mars. And if I could resurrect one person from the dead to invite for dinner and apple pie, it would be astrophysicist Carl Sagan. (‘If you wish to make an apple pie from scratch, you must first invent the universe,’ Sagan once quipped to make the point that a pie is not just flour, butter, and your filling of choice, but atoms, molecules, and stardust.)

I find myself turning to space and the wisdom of astronomers like Sagan more and more as the climate crisis worsens. But the relevance of the great beyond to environmental destruction extends past cosmic therapy. We tell stories about aliens invading Earth to colonise our covetable planet and steal its natural resources. The inhospitality of neighbouring planets like Venus reminds us of the value of our home. And some consider an extraterrestrial colony our literal Plan B in the face of climate catastrophe. At the dawn of the Anthropocene with an increasingly chaotic climate, how do our views on the universe continue to evolve?

The term ‘Environmental Humanities’ describes writing and art that explores nature — but the focus tends to favour a landlubber’s perspective. In 2013, John R. Gillis coined the term ‘Blue Humanities’ for the eco-study of the vast world of the sea. But what about humanity’s reckoning with our larger environment, our ultimate home?

Introducing the Dark Humanities — an intellectual domain for dark times. The term I’ve proposed also evokes the mystery epitomised by dark matter. We know so little about space and its cryptic vastness stupefies us, humbles us, and can even soothe us. The Dark Humanities serves as a container for the thoughts of H.G. Wells, Neil deGrasse Tyson and other sci-fi writers and astronomers weighing in on our planet and its larger context. It’s also my own preferred form of climate crisis therapy.

One of the cornerstone subjects of this new sub-discipline is cosmic time and scale, which provide reassurance in moments of environmental distress. When I look up, I’m reminded of the age of the universe: 13.8 billion years. The Milky Way’s arm arcing across the sky reminds us of our humble place in the expanse of space. We are small fish contemplating a great bridge.

When we look skyward, we are also peering back in time. If nuclear weapons detonated our planet, it would take just over four years before the sight of the explosion reached the not-too-distant star Proxima Centauri. Studying a single star is like reading an old letter that floated across the sea to reach you:

Dear You,
Enjoy this vision of myself from 6.24 years ago. This is your nightly reminder of the epic breadth of space. Distances are great. Time is inconceivably massive. The short-lived mistakes of your species are but a blip in space time. There will be a new chapter — a better read — if not on your planet, then in some other corner of the universe. Cheer up.
Sincerely,
Star

Of course, the next chapter for ‘earthlings’ might play out light years away from our home planet. The question of relocating humans after we fully trash Earth is one the Dark Humanities must address. A century in the future, we may find ourselves in exile on Elon Musk’s million-person SpaceX colony on Mars. The future colonists will peer back at our ruined planet through a telescope with a light-year-long sigh.

Techno-optimists actually cite space colonisation as a reason not to fret over our environmental anxieties. When asked about global warming, Libertarian 2016 presidential candidate Gary Johnson suggested space travel as a viable solution: ‘We do have to inhabit other planets,’ he stated in a TV interview.

I’m all for space exploration, but not in lieu of protecting our own planet. Many bank on our ability to overcome the inhospitable conditions on Mars. Some feel confident we’ll discover another version of Earth close enough to ferry supplies and large populations to. Yet all of these prospects are far riskier, far more expensive than fixing the environmental ills we’ve created here on Earth.

Plans for space settlement might even transform humans into the colonising, resource-plundering cosmic creatures we’ve long envisioned in films. H.G. Wells gave us one of our earliest depictions of aliens in his 1898 novel War of the Worlds. ‘Yet across the gulf of space,’ he wrote, ‘minds that are to our minds as ours are to those of the beasts that perish, intellects vast and cool and unsympathetic, regarded this earth with envious eyes, and slowly and surely drew their plans against us.’

As a growth-oriented, technology-obsessed society swinging the wrecking ball at our own planet, humans are beginning to resemble Wells’s envious Martians and other similar depictions of extraterrestrials. The alien invasion narrative might just be a Freudian cautionary tale about our own species — an eerily familiar story that hits close to home planet.
If we don’t manage to develop viable colonies cosmically abroad to salvage humanity, we may also try our luck at cracking a wormhole transit corridor. We could voyage back in time to the ’70s to institute a carbon tax, obviating the need to pursue Planet Bs in the first place.

To those who don’t place blind faith in technology’s ability to extricate humans from the environmental mess we’ve made, spirituality can at least offer a coping mechanism. That’s why cosmic spirituality is an important branch of the Dark Humanities — how can we find comfort in the night sky and all that it signifies, as some do on an excursion to forest or sea?

As an environmentalist, I often wish religion had a place in my life. A deep belief in divinity and kismet might impart a sense of calm. As agnostics, my sister and I joke that space is our religion and the late Carl Sagan our god. We talk of starting a cult of Saganism to worship the enigmas of the cosmos and the sage preaching of Sagan, who also regarded science as a form of religion. ‘Science is not only compatible with spirituality,’ he wrote, ‘it is a profound source of spirituality.’

For environmentalists who consider themselves atheist or agnostic, cosmic spirituality offers a source of solace. But at the same time, cosmic perspective also reminds us that our ‘pale blue dot’, as Sagan refers to Earth, is still the only known viable planet on which humans can eke out a living.

In this sense, a cosmic philosophy offers something of a paradox to the environmentalist. The reassuring perspective of space-time scale instils us with a sense of calm about our present predicament. Concurrently, the knowledge that Earth is the only planet we have fills us with urgency.

Tackling the climate crisis in the 21st century means striking a balance. We must do all that we can to prevent and adapt to the riskier world wrought by the Anthropocene. But to stay sane and effective, we must also think like Carl Sagan. In the colossal scheme of the cosmos, the climate crisis — like everything else — is relative.

When outrage at the injustice of environmental destruction does get the better of me, I think of the soundtrack of the first 750,000 years of the universe post-Big Bang. University of Washington astrophysicist John G. Cramer rendered a recording from cosmic microwave background data gathered by the Planck satellite mission. You can listen here.

Imagine how glorious it would be to drown out the voices of international politicians engaged in their annual unproductive climate talks with this sound. Obliterate the whining of the remaining climate sceptics as they seal the end of the Holocene and its hospitable climate with this cosmic song of beginning. 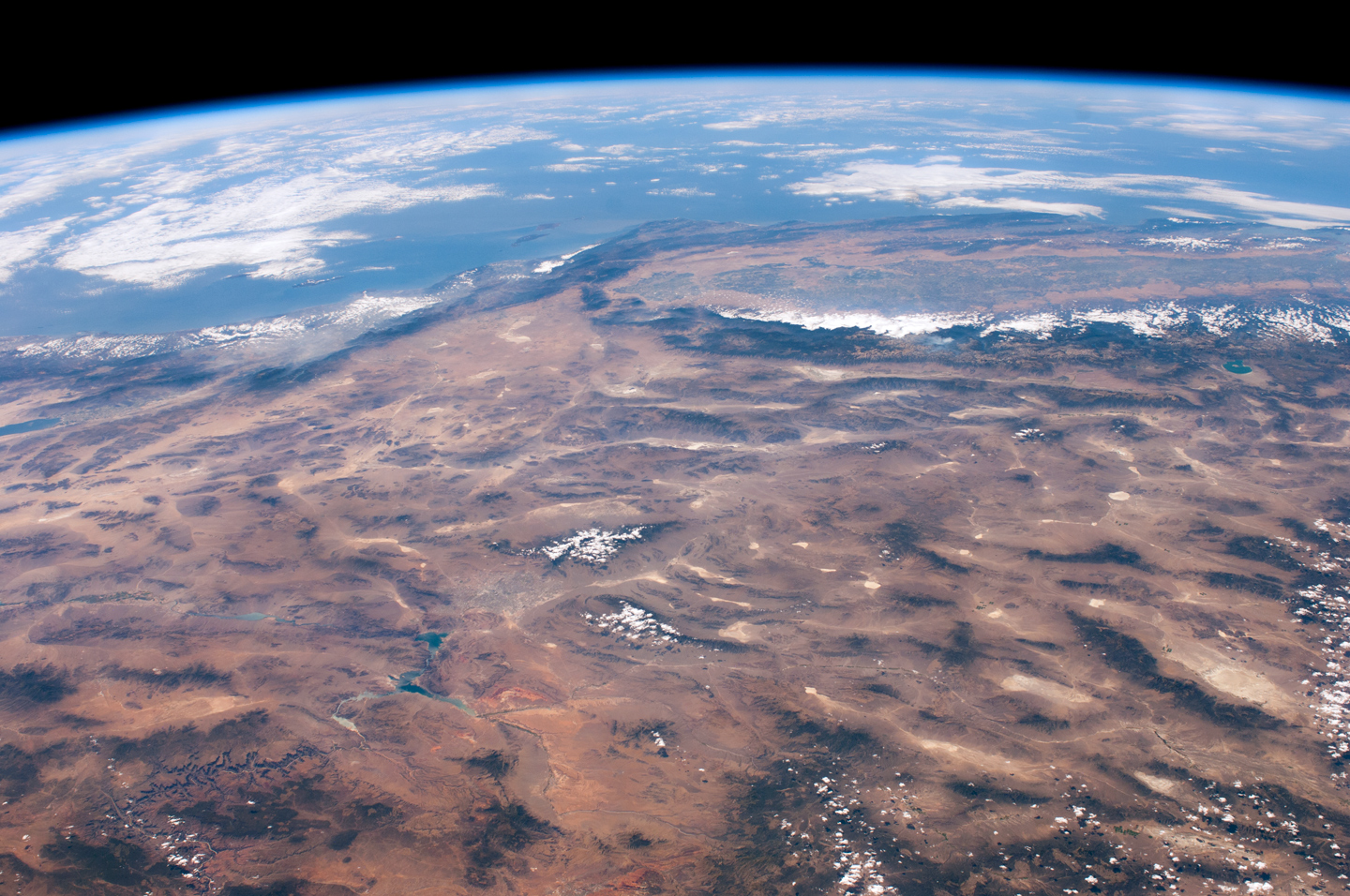 Waking up to the Water

Rob Plastow
However, not all ignorance gets scraped away by the cold, harsh truth of nature but...
Dark Thoughts 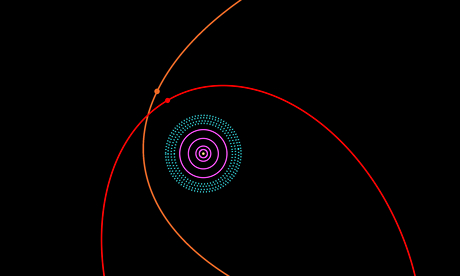 Is the World Living or Dead? Or, the Trouble with Science 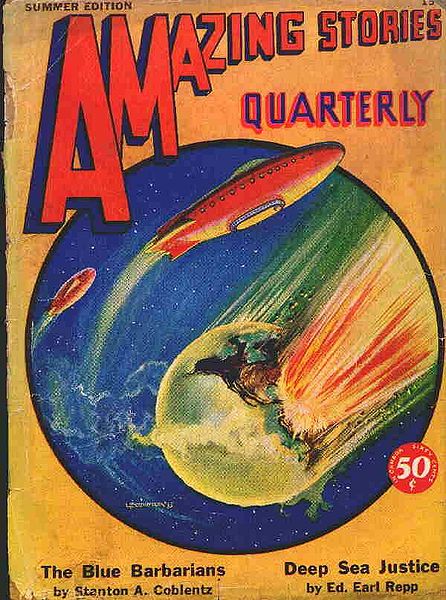 Tim Fox
From Our BooksIssue 5