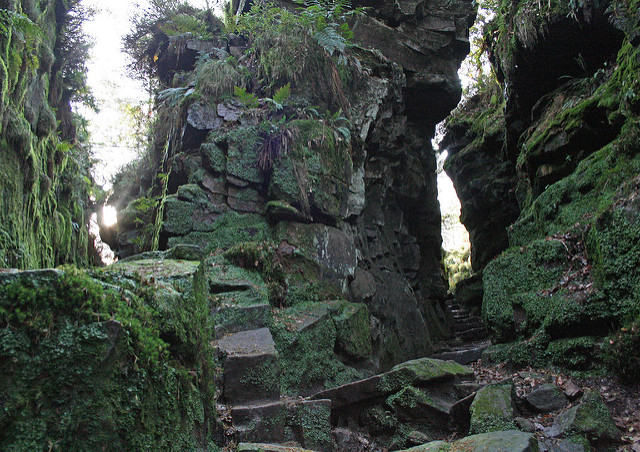 Dougald Hine
is co-author of the Dark Mountain manifesto and was at the core of the project for a decade. Originally from the northeast of England, he now lives in central Sweden. He co-hosts The Great Humbling podcast and is slowly creating a school called HOME. His new book At Work in the Ruins: Finding Our Place in the Time of Science, Climate Change, Pandemics & All the Other Emergencies is published in February 2023.
Share
Old churches were often built on older sites of worship, places held to be sacred long before Christianity arrived. At first glance, this looks like an erasure, a demonstration of dominance; look closer, though, and the picture becomes ambiguous. Officially, a people might have been baptised, yet in practice the results were not always so clear-cut – local understandings had to be reached. One form this took was a custom by which different doors of the church were used on different occasions: the main door, usually on the south side, was the one through which the priest would enter; the north door was used for those ceremonies to which the priest was not invited. Such arrangements could last for centuries, though for obvious reasons they tended to go undocumented.

I first caught a trace of this phenomenon some years ago, visiting a Saxon church in Sussex. The building was unattended, the door unlocked, an information sheet pasted to a wooden paddle to guide the visitor around the building. One line on that sheet lodged in my imagination: the north door, it stated, without further explanation, used to be known as ‘the devil’s door’. This felt like a glimpse of another story to the ones we’re used to hearing from either the enthusiasts or the critics of religion: a story of uneasy coexistence, the persistence of supposedly extinct beliefs and practices, and how different stories about the world and our place within it may share a sense that there are certain places where the veil between time and the timeless grows thin.

That image of the devil’s door came back to me, this winter, as the editorial discussions about this year’s special issue of Dark Mountain got underway. Any issue of Dark Mountain is a strange beast; award-winning authors and new literary voices sit alongside the words of people who make no claim to be writers. What they have in common is that they bring stories, perspectives and experiences that add to the conversation this project has sought to foster over the past eight years. It’s a conversation about what it means to live in a time of social, economic and ecological unravelling – a time when the way of living which many of us grew up taking for granted is being brought into question by its own consequences.

We set out to see what happens when you accept that the mess in which we find ourselves is deep enough that to try to acknowledge it can sound like falling into despair. We set out to trace the roots of that mess in the dominant stories of the societies in which we grew up: the story of progress, the story of human separation from and dominance over nature, the story that we have grown beyond being shaped by stories. We set out to see what role those of us who are, in one way or another, storytellers and culture-makers might have to play in finding our bearings within this mess. We did not set out to tangle with questions of the sacred – but it turns out that, if you deal seriously with any of the above, then such questions begin to present themselves.

Although it has rarely been brought into the foreground, the theme of the sacred runs as a subtle thread throughout Dark Mountain’s books, posts and gatherings. Our first issue opened with an essay by an archdruid and went on to include a roaring invocation of the wildness of Francis of Assisi. We’ve run contributions from activist Quakers, Hindu clergy and Zen Buddhists, alongside those of no named religion who nevertheless have come to see that their desire to defend the living world is, at its heart, driven by a reverence that owes nothing to the realm of carbon calculators and environmental statistics.

In our festivals, meetings and gatherings, another aspect of the role religion used to play, and still does for many, came to the surface – the effect that quiet contemplation, collective endeavour and even simple ritual can have in reminding us of deeper meaning and value, easily forgotten in the haste and exigencies of modern life. I remember one of our contributors saying in a discussion at the second or third festival, ‘This is the closest thing I have to going to church.’ Not for a moment would I want to set this project up as any kind of religious congregation, but I recognise what she was getting at.

Dark Mountain offers no dogma or moral instruction, but if it has sometimes brushed up against the experience of the sacred, I guess it’s because that is just what happens when people come together in the face of the unknown, finding a sense of communion that is often lacking elsewhere, and making room for the strange kinds of words that point towards the wordless.

You may have other terms in which you would choose to talk about this – and for some, any talk of the sacred may sound like drawing on a poisoned well, or simply a nonexistent well, dreamed up to pull wool over gullible eyes – yet this language keeps returning, as does the experience of those who, whichever door they enter by, find themselves drawn to the ground which it seeks to name. So it seems like time to stop skirting around the edges of the topic, and to bring together an issue of Dark Mountain that takes the sacred as its focus.

What are we looking for, then?

We want to do something slightly different with this book. We’re not making our usual open call for submissions with a deadline in three months’ time. Instead, if you have an idea for something you want to write – or someone else we should be talking to – we want to hear from you straight away.

We’re looking for proposals for long pieces (probably non-fiction of one kind or another – essays, memoirs, reflections, interviews, dialogues – but we’re open to other suggestions) of 4000-6000 words that tell stories that touch on the experience of the sacred in a time of unravelling. You could be writing about something you’ve experienced first-hand; or taking us into the back-alleys of myth or history, into ways of living and making sense of the world that call our contemporary assumptions into question. But whatever you want to write about, there should be a sense of why this calls to you, how it has helped you to find your bearings.

Have a think about whether there’s a piece you could write – and email us with a short outline, no more than three paragraphs, to dm12@dark-mountain.net. We’ll be pulling together a shortlist in the next few weeks, so get your ideas to us as soon as you can. If what you’re proposing seems like a good fit, we’ll work with you to develop it into a piece for the book. If you have something you’ve already written that you think would fit, you should still start by sending us a summary. (In general, we’re not looking for pieces that have already been published elsewhere, though where the existing audience has been limited and unlikely to overlap with our readership, we may make an exception).

We’re also looking for fragments: short pieces of prose or verse that give a glimpse of the different ways in which people have drawn on the experience of the sacred to make sense of times of unravelling, disorientation and despair. These could be original work, but we’re also particularly interested in translations of texts from different times and places. Send these to us at dm12@dark-mountain.net.

Finally, we’re looking for suggestions for people we should be contacting: to get as wide a range of voices as we are hoping for in this book, we will need to reach beyond the existing network of readers and writers around Dark Mountain, so if you have ideas for people we should be approaching about writing for this book (or being interviewed for it), then we’d like to hear from you – again, via dm12@dark-mountain.net.

It might also be worth saying a couple of words about what we’re not looking for – we’re not particularly interested in polemics for or against religion, nor overarching theories that try to explain the entire history of civilisation. This won’t be a book that seeks to settle age-old arguments, but it should be a space in which different ways of seeing the world meet.

In terms of the range of voices we’re looking for, we imagine this will include:

As we say, there isn’t a submissions deadline for this issue – we’ll be starting to work with contributors over the next few weeks, on the basis of the proposals we receive, and when we get to the stage where we have a full set of pieces underway, we’ll update this post to say so. [Update 5/5/17: We have now closed for proposals and submissions for this issue. If you’ve already submitted, we’ll be in touch with you soon.]

Finally, if you’d like to follow the progress of this issue, we’re starting a special newsletter that you can sign up for here. We’ll be sharing more of the process by which a Dark Mountain book comes about, the conversations going on among the editorial team, the things we’re reading and thinking about, and the places where we need help to fill the gaps in our knowledge and contacts.

In 2017, we’re asking for your help to fund a new online Dark Mountain publication — so if you like what you’re reading here, please consider making a donation to help us build the next phase of this project. Read more here 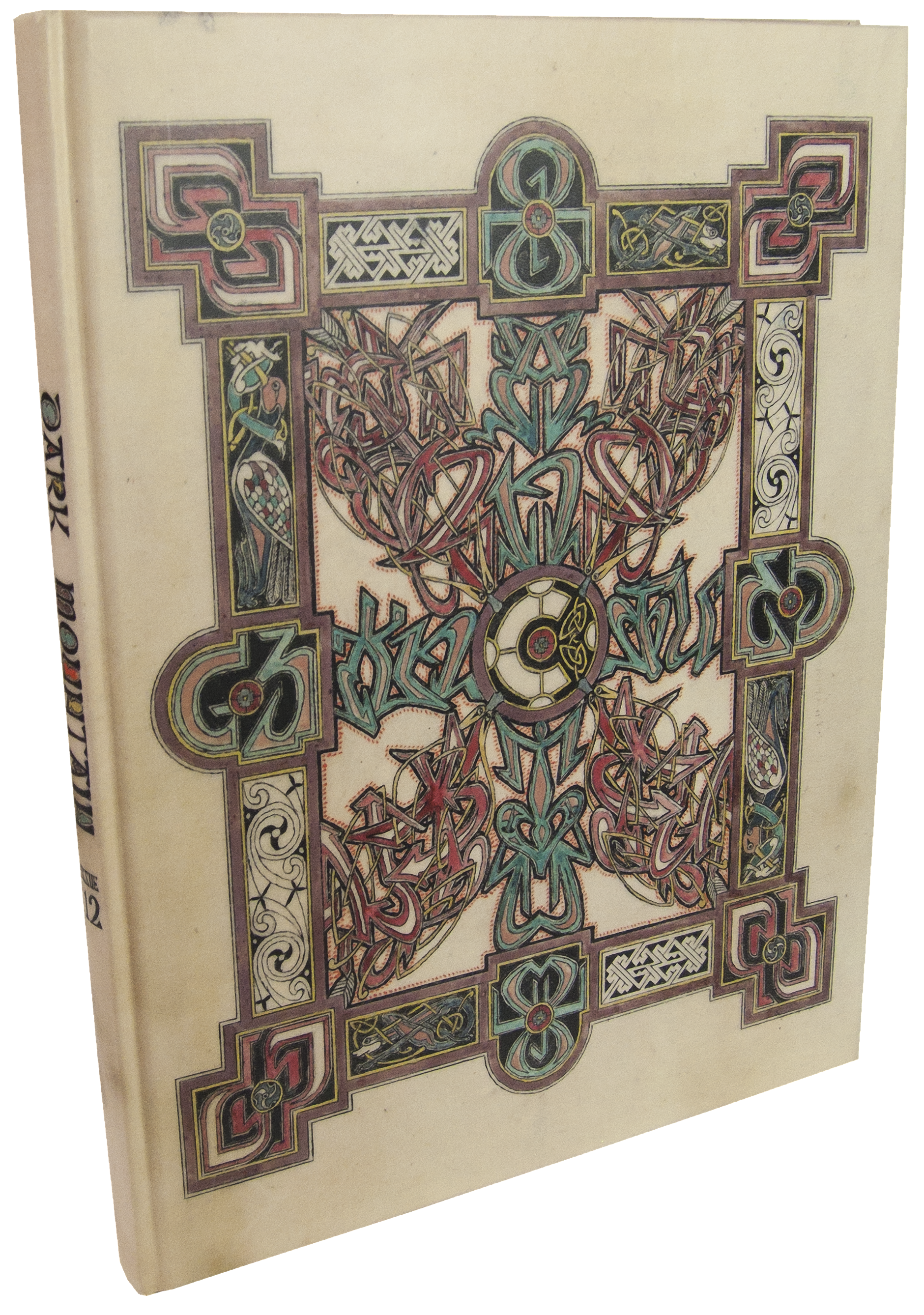