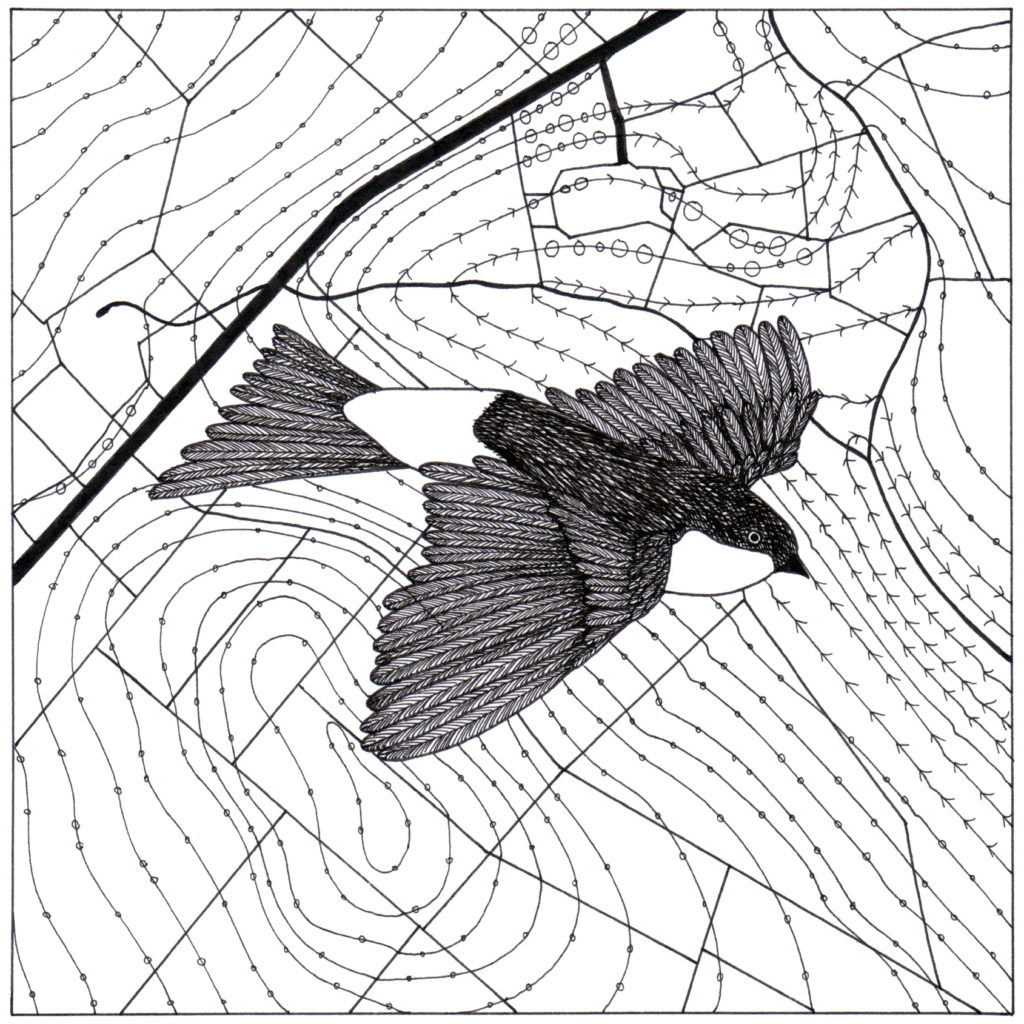 Emma Tuck
Emma's work is informed by the natural world, inevitably refracted through the psychological and the political. She lives in Frome, Somerset but spent many years living on an organic smallholding/nature reserve in West Wales. She is an exhibited artist and was awarded associate membership of the Society of Botanical Artists in 2011.
Share

The image of a wild animal becomes the starting-point of a daydream: a point from which the daydreamer departs with his back turned.

I sat down to make these drawings in despair at the demise of the house martin. Over twelve summers, I had watched the numbers of nests on our house in mid-Wales dwindle from twelve down to four or five. Some of our neighbours gloomily reported that the birds had stopped returning to long-established nest sites at all. 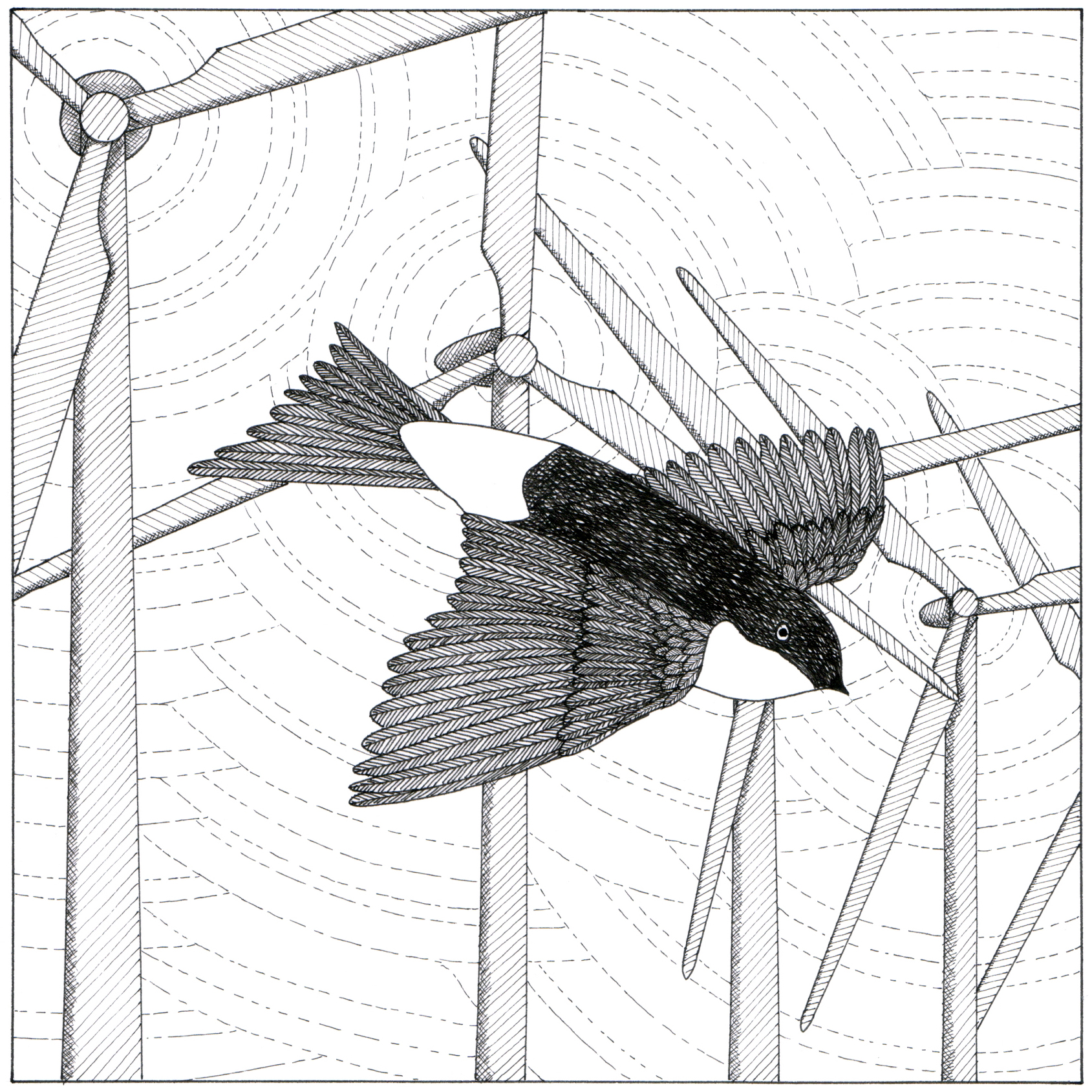 No one knows what is behind this steep decline. It could be the degradation of European nesting sites, of over-wintering grounds in sub-Saharan Africa or of stop-off points on the migration route, or a combination of all three. More likely, it is part of the bigger biodiversity crisis – the disappearance of species everywhere in direct proportion to the spread of humans everywhere. 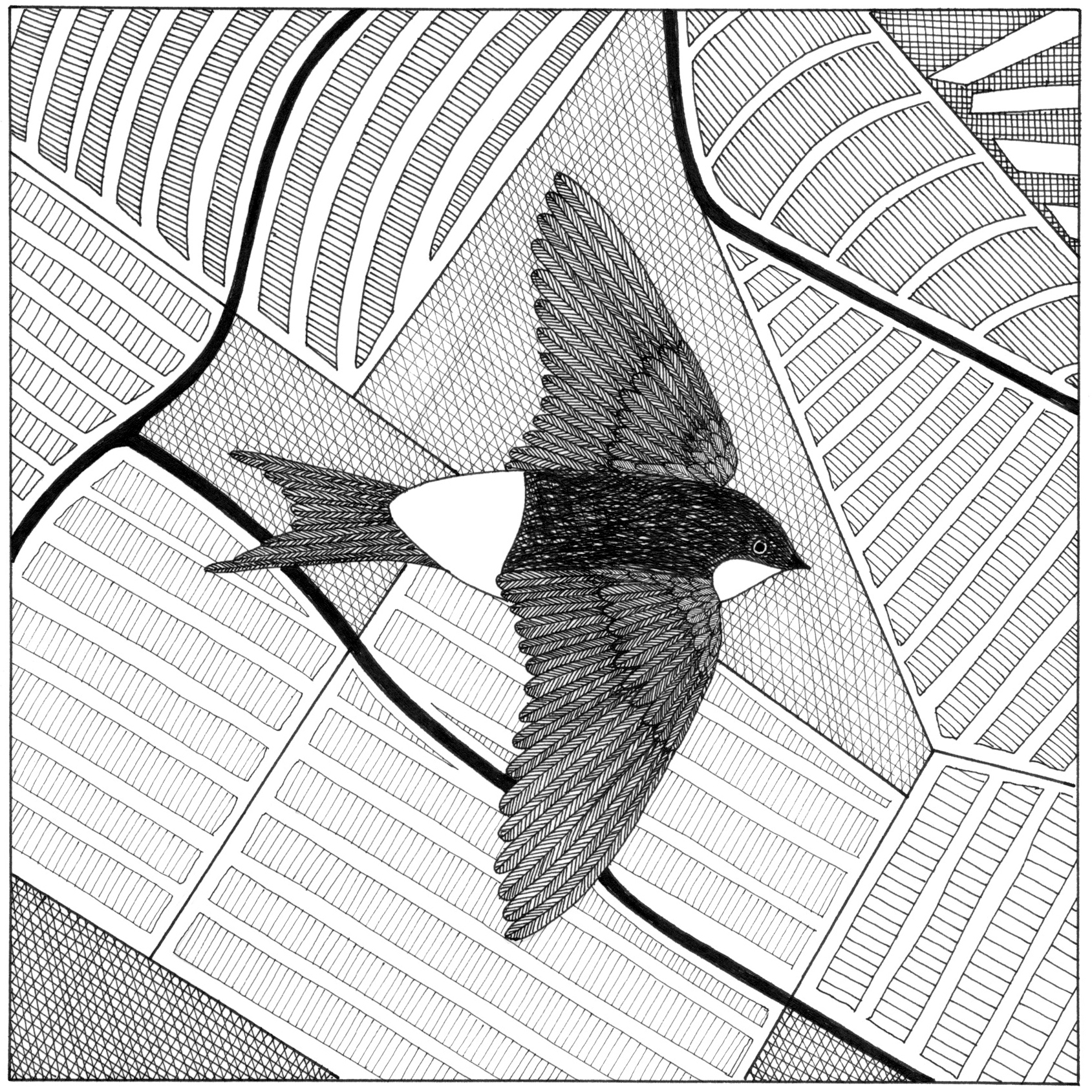 In his meditation on our relationship with other animals, John Berger reflected on the retreat of animals from the real world and into the imagination. We no longer see them for who they are but what they are in relation to us – companion, commodity, spectacle. 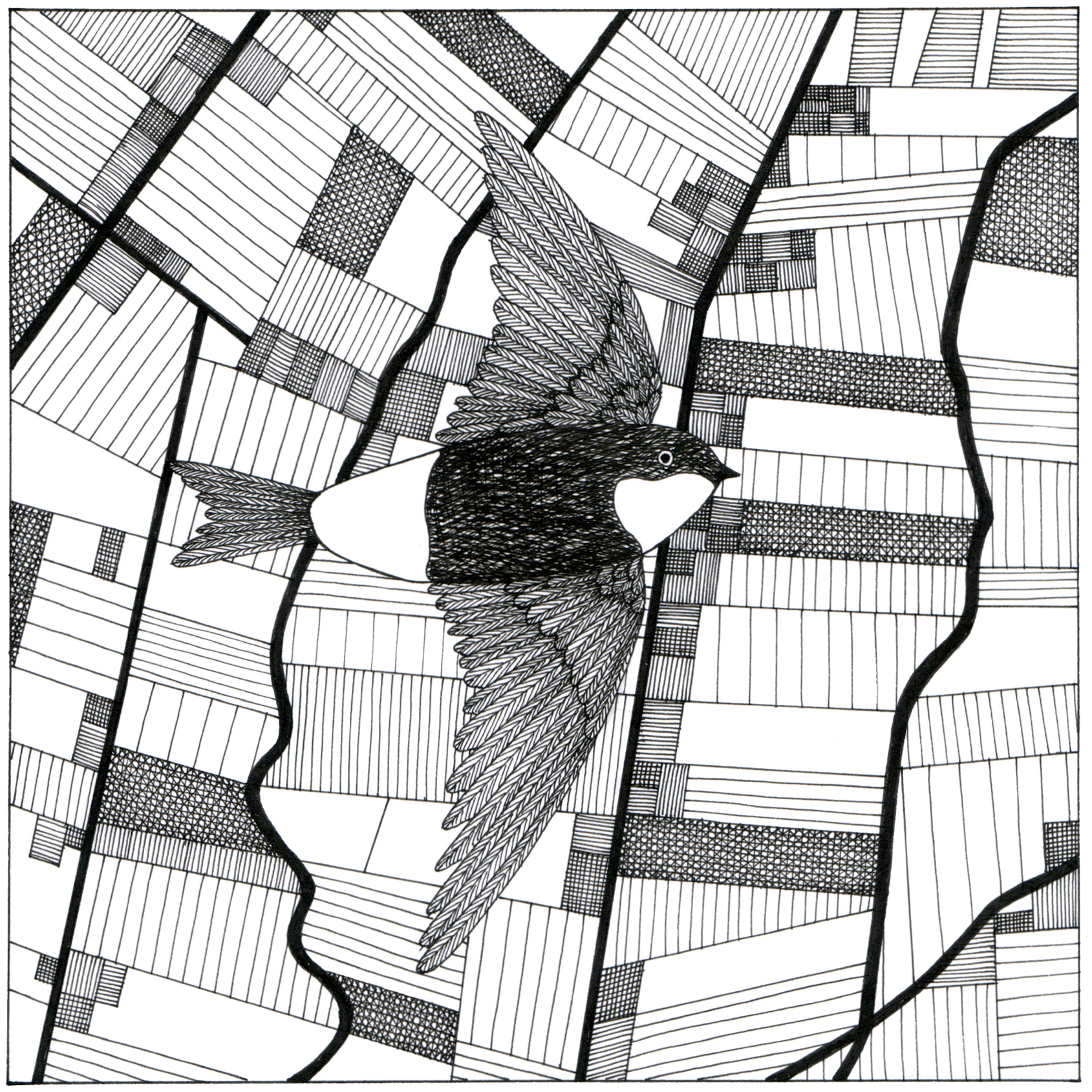 Of the birds who nested in the eaves of our house, I know almost nothing – nothing of their dreams or doubts, pleasures or sorrows. So, unquestionably, the house martin in my drawings is a creature of my mind. Maybe she is the last of her species. Maybe she is a survivor surveying the end of an old world and the beginning of a new one in which humans have vanished – it is surely only a matter of time and how much we take down with us. 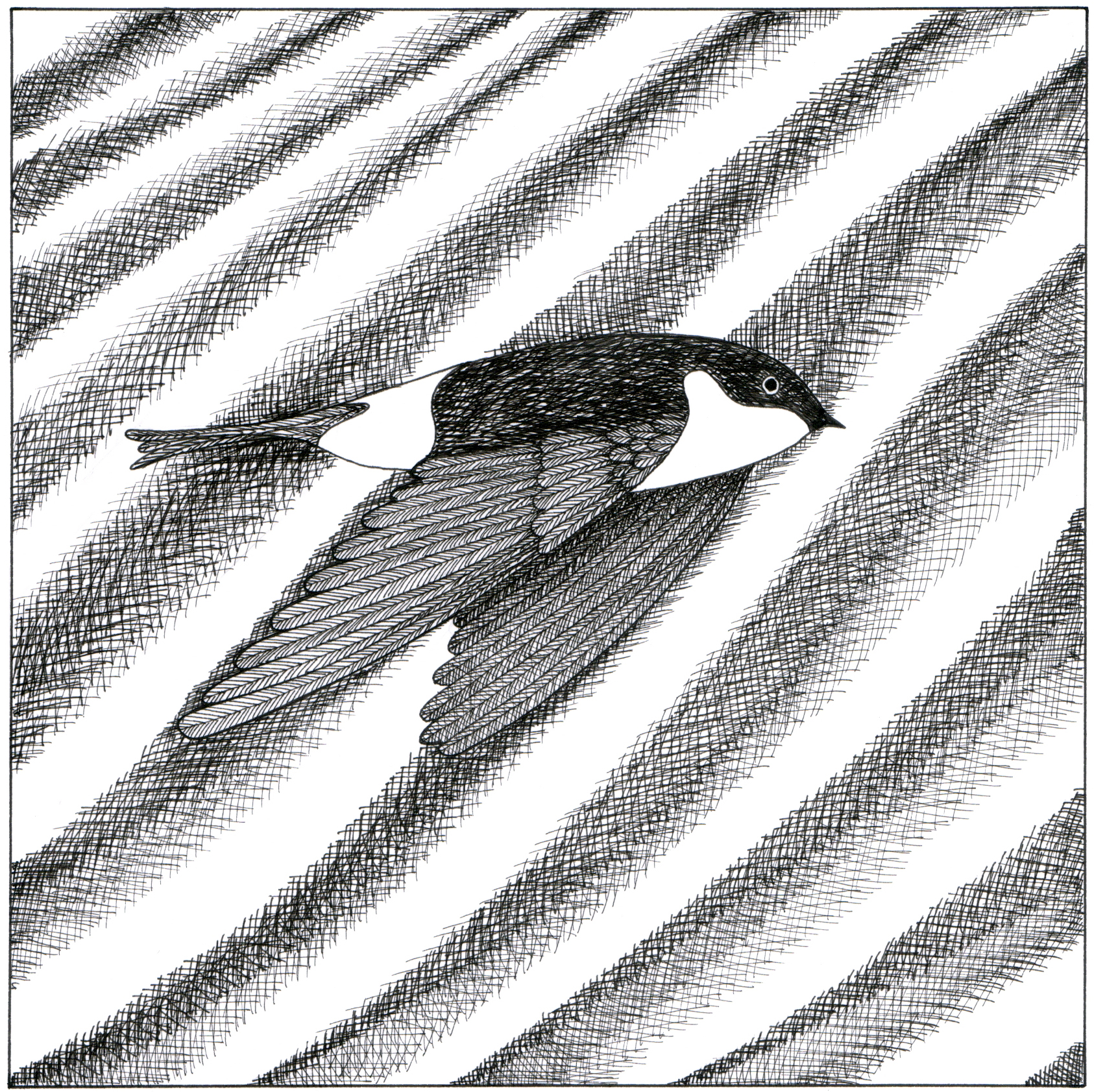 We are observing her: a solitary bird making a perilous journey through an alien and impoverished landscape. But she is also turning her wary gaze on us – at least what we have done to the world: snapshots of devastation, wing-beat by wing-beat. From the razed and increasingly industrialised Welsh uplands; navigating the sterile farmland and ‘bastard countryside’ of southern England; traversing oceans and Europe’s lifeless metropolises; sailing across Almeria’s sea of bleached polyethylene greenhouses and the vast expanse of the Sahara; and on towards Nigeria’s pollutant-belching oil refineries; finally to wintering grounds in Virunga National Park in the Democratic Republic of Congo, slowly being ravaged by armed conflict, deforestation, farming and oil exploration. 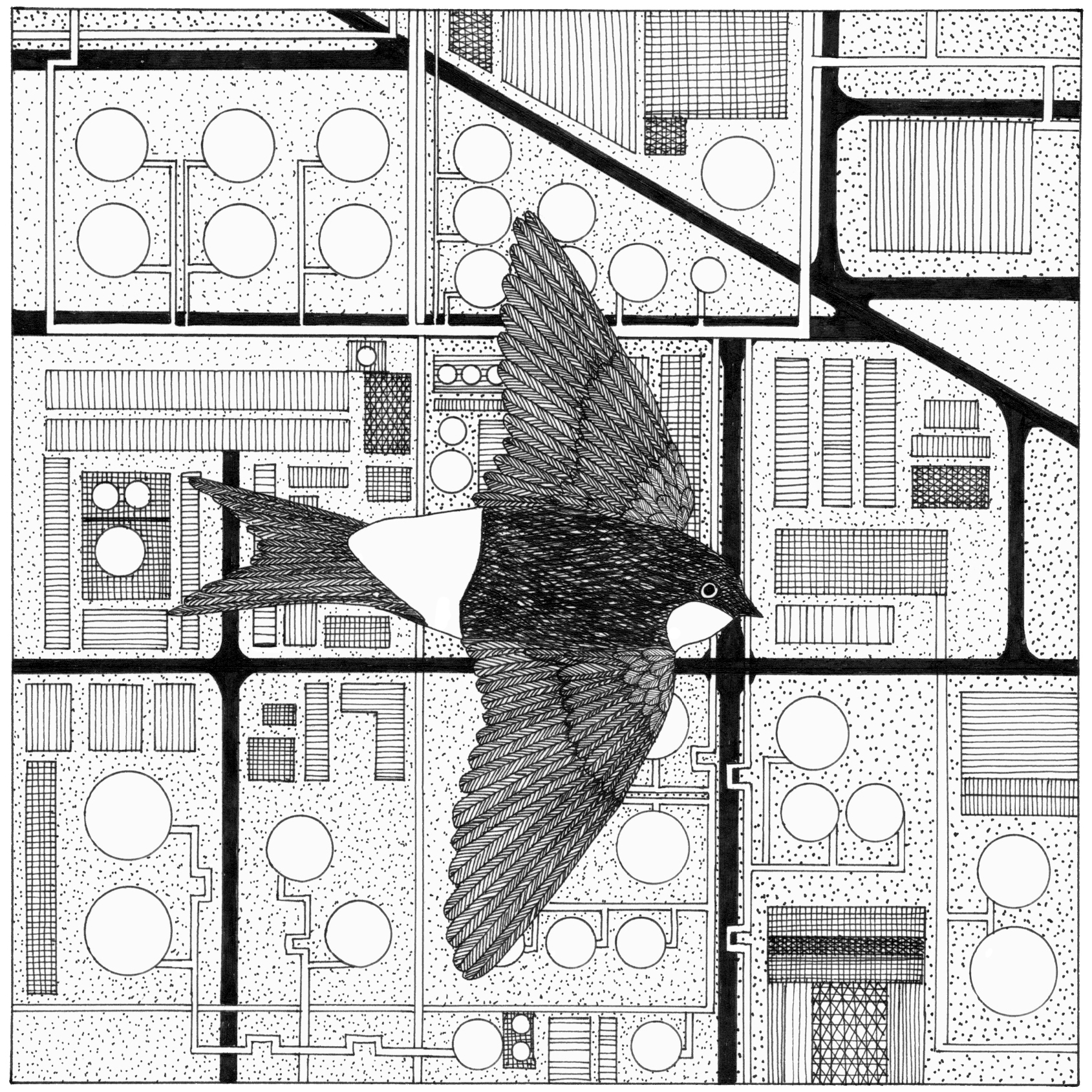 If we do not turn our back, we see things as they are. I am trying to daydream with my eyes wide open. 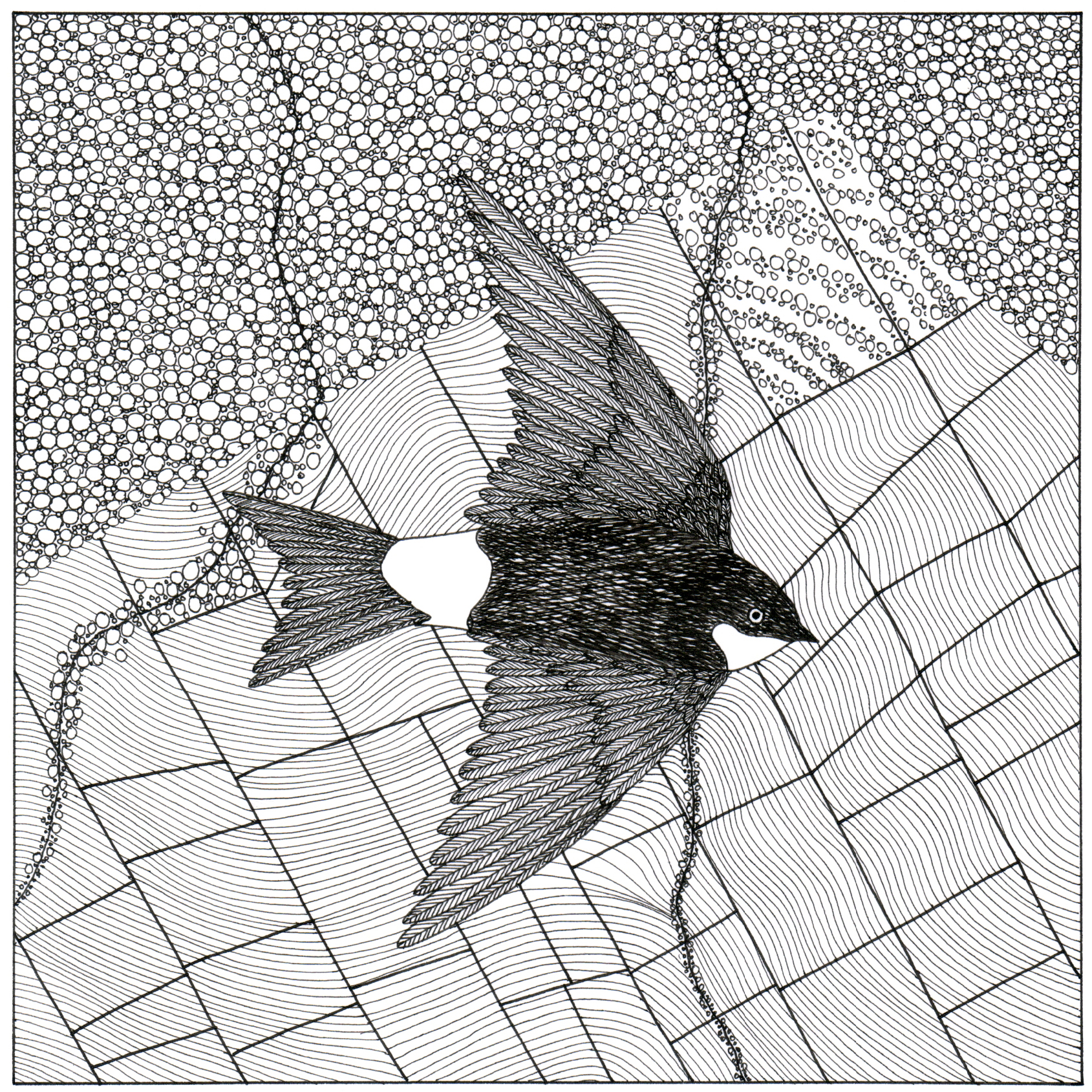 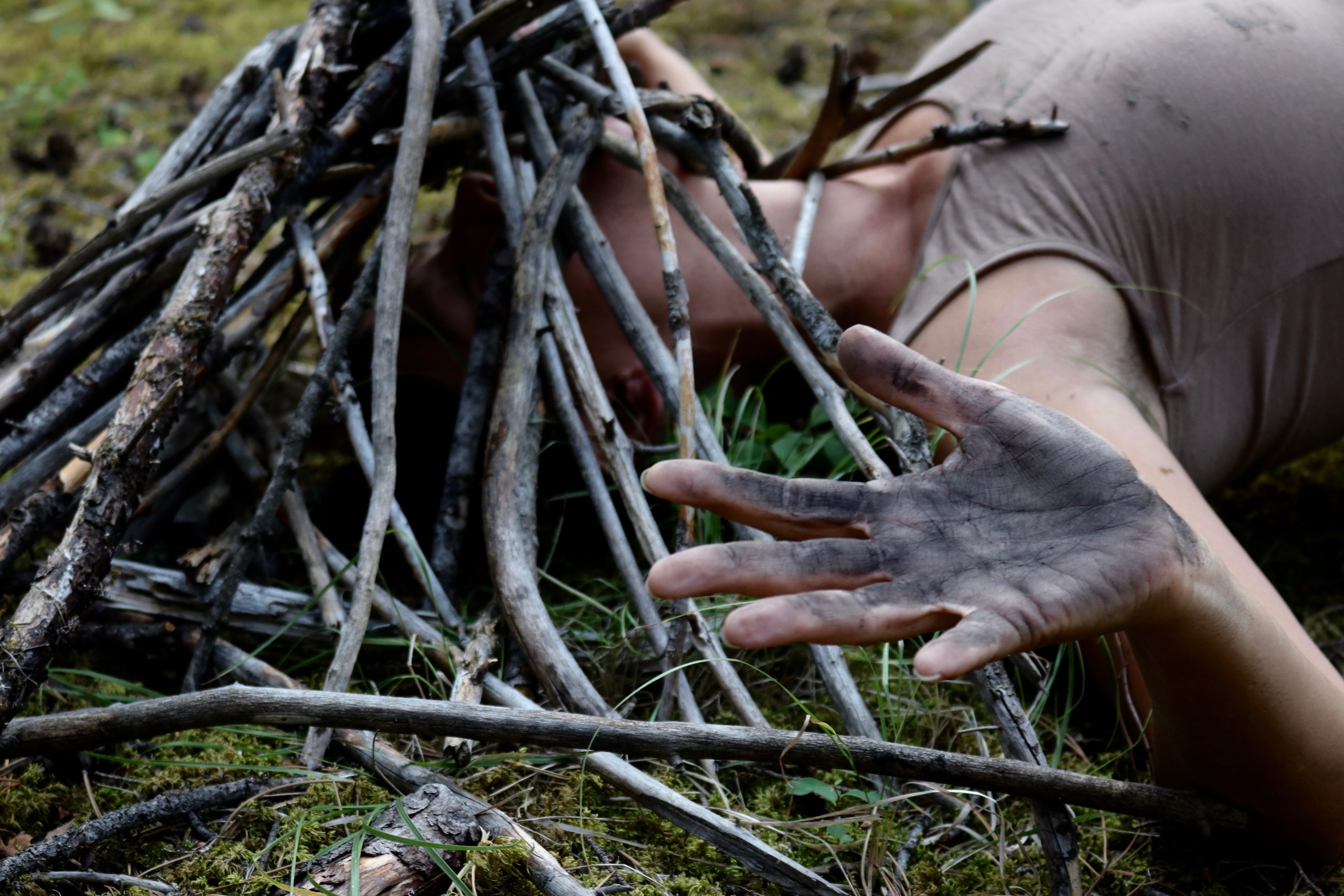 Paul Feather and Erika Howsare
First extract from the new issue; two short searing pieces on the costs of civilisation's pursuit of coal, oil and lithium
From Our BooksIssue 20 – ABYSS 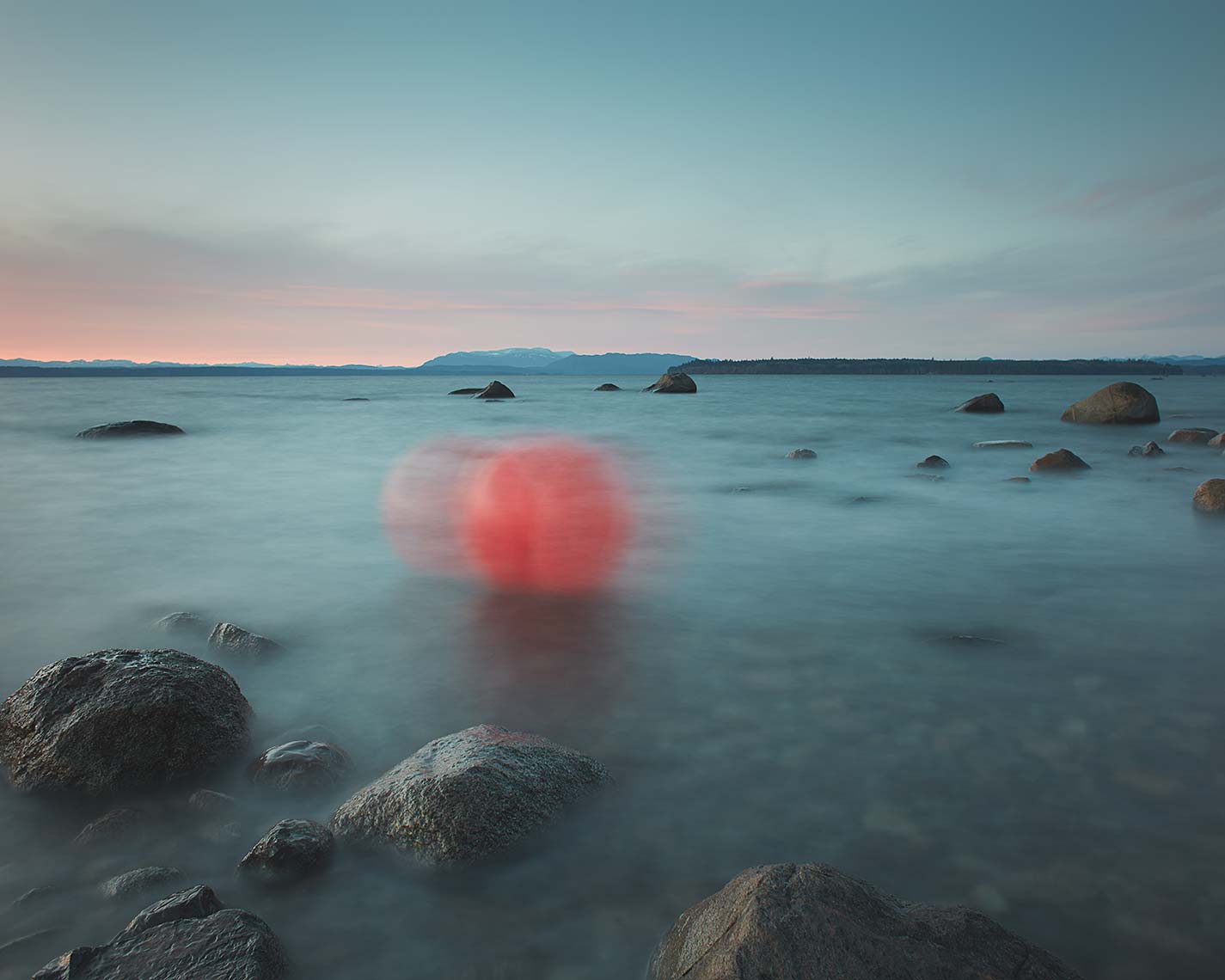 Jay Griffiths
From our anniversary edition Dark Mountain: Issue 16 - REFUGE: a lament for the disappearing beauty of the coral reef by Jay Griffiths. With sea image by David Ellingsen.
Issue 16: REFUGE