Detail from 'Wodan's wilde Jagd' (Wodan's Wild Hunt) by F.W. Heine
Francesca Schmidt
is a native of the Czech-German borderlands. Her writing revolves around contemporary ruralities, environmental psychology and cultural transition. She likes to explore how storytelling can help us find a path through life, and how people relate to their place in the world.
Share
Every year at the onset of Christmas I take a train to my family’s home in the hills bordering Germany and Bohemia. And every year I spend the journey’s last half-hour pressing my nose against the cold train window to trace the contours of a hilly landscape and jumbled-together pitched roofs. Gradually everything begins to be outlined by warm yellow lights, little dots and arches of it that seem to float in the night air. Seeing the lights, I know that I am home.
Miners have been scraping silver and iron ore out of these hills since the Middle Ages. When they began to carve decorative items to supplement what little they earned in the mines, they created symbols celebrating the light. Their candle-bearing figures, Christmas pyramids, Moravian stars and candle arches revolve around mining and nativity scenes. Venerating the light in midwinter is like some ancient thread woven into occasionally changing, now electrically lit garments.

The larger part of this garment is embodied but otherwise invisible. It is eating nine particular dishes on Christmas Eve, it is my grandmother not entering the basement or washing white sheets ‘between the years’. My family’s Christmas customs resembled the murmurings of an underground river, and, like a river carrying the sediment of primeval mountains, they hinted at the outline of something larger and much more ancient. All my parents could tell me was that each of the nine dishes we eat on Christmas Eve symbolises a good wish for the new year. I was a bit like an archaeologist, finding fragments of my own ancestors’ life, but having little idea what they meant. And so I began to dig.

The twelve days of Christmas even out the difference between the lunar and solar calendars and therefore symbolise a gap – in a sense, time has stopped to catch up on itself. In places where the winter solstice provides a natural point of reference, people came to attribute a particular kind of magic to this hiatus in time. Midwinter and the balancing of the calendar created a liminal space that hung between past and future and made the boundaries between life and death, past and future, more permeable. The twelve days of Christmas were like a viewing window into the upcoming year, a time when everything from the weather and one’s dreams to the occurrences of daily life contained a prediction. People in the Ore Mountains had their own set of tenets and taboos, watched over by an assembly of spirits that might once have been gods.

I don’t really believe that somebody will die in the new year if I enter the basement during Twelfth Night, or that the Wild Hunt will make a shroud from any white sheets I happen to wash. But I still feel the force of these stories. We have electricity to distract ourselves from the midwinter darkness, and we shut out the gales and sleet with double-glazing, but the patterns of light and weather that created these beliefs are still what they were then.

There’s a particular stillness to this time of year, as if nature has exhausted itself. I can feel this pause, this resting while the storms batter the earth. Everything seems to draw in on itself. The land doesn’t fight midwinter, it just accepts. I usually feel akin to the muddy, stripped fields, as if I have reached the end of my productivity for the time being. I don’t mind the dimness; this is a time to come to a stop, almost. It’s the twelve days hung between time, and so the rules of daily life don’t apply.

While I don’t believe in death through faulty laundry habits, I realise that the blurry fragments passed down to me are about preparation for the incumbent year. I didn’t want to let go of the ritual completely, so I decided to stitch up the threadbare pieces into some kind of 21st century garment. Modern-day spiritualists have created an entire library shelf of contemporary Twelfth Night reading material. They’re a curious mixture of ‘traditional’ ideas, alternative psychology and Eastern spirituality, but then the ‘original’ traditions were themselves a cross between paganism and Christianity. The stories we tell and the rituals we practice always speak to the concerns of the time.

A patched-up ritual has helped guide me through a transitional phase between past and future. We are beings in time as much as we are beings in space; rituals help map this time and our position within it.

So every evening between 24th December and 6th January I sat down for a mini-ritual: lighting a candle and burning some incense (the German term Rauhnacht for Twelfth Night probably derives from Rauch, smoke. Or from Rauhe Percht, an ancient goddess that might be Frija. The underground river’s murmurings aren’t always easy to decipher). I then meditated on an aspect of either the outgoing or the upcoming year and burned a folder paper containing a wish.

When you create a gap, things start to happen in that space. It allowed me to shed the ballast of some of my unanswered questions and unfulfilled aspirations. I didn’t have any otherworldly encounters, but sitting with myself each night helped me to vent some of my confusion, assess my route, my achievements, the terrain I had tracked.

In the peculiar silence that a winter storm wraps around you, I had to acknowledge that some of my wishes are precisely that: wishes. They are partly down to luck, to coincidence, to the decisions of other people. Each of us is a node in a web of relationships and circumstances large and small. And so I began to hope for good luck. I prayed that the web of reality would align to send me some of the circumstances, the people, the situations I need to call myself happy. It is to feel myself to be alive in the universe, alive to the forces that shape me. I can reflect on my mistakes, map out my course and gather my companions around me, but otherwise I have to entrust myself to the heavenly powers, whatever they might be.

Whether my grandmother believed in her own superstitions or not, in her own way she was acknowledging that sometimes our best attempts at controlling the future are like so much magical thinking. I don’t think I’ll ever wash white sheets between Christmas and Epiphany, however silly it may seem. It is still a powerful image, and on a deeper level it’s about life getting entangled in the pursuits of the Wild Hunt. If they symbolise the vagaries of fate, then it feels quite sane to acknowledge their power.

We hope for the light, but we don’t control it. And yet, carving a light-bearing angel is a peculiar, life-affirming act of defiance for a miner rarely seeing the daylight. Those decorations look cosy and quaint, but there is a stoicism in putting them up year after year, unfailingly and in spite of everything. It is a ritual gesture, too. The twelve days of Christmas end on Epiphany, which is when we store the illuminations away for another year. It is also said to be the High Day of the goddess Frija, who was nicknamed ‘The Bright One’. Yet another nearly indecipherable murmuring, another fragment given a new frame.

The ‘light in every window’ (that’s what we like to call it) has always seemed comfortingly permanent to me, but they can only have appeared en masse since the advent of cheap candles, or cheap electricity. Mining regions such as these were chronically poor, so poor in fact that people had to carve wooden toys and decorations in their free time to get by. For most of these miner-craftsmen, light must have been a scarce luxury well into the 20th century. And so what I have perceived as suspended in time is probably more like a passing snapshop, a temporal variance on the larger theme of midwinter, of endings and beginnings. The reverence for light reappears through the ages in various shapes and guises, and so there is a comforting permanence to it after all – what we judge to be of value doesn’t disappear, it is rearranged and reinterpreted, the older threads interwoven with the new.

A patched-up ritual has helped guide me through a transitional phase between past and future. We are beings in time as much as we are beings in space; rituals help map this time and our position within it. Every known culture and society has developed rituals to structure life’s transitions. The ritual is like a handrail guiding us safely across an abyss. Consciously closing and opening chapters within one’s life story bears a special power. Perhaps we can will things into being only so much, but still I believe that the rituals attached to ends and beginnings can ease the process.

Transitional phases seem more complicated on the scale of entire societies, though. While we seem suspended in an in-between, too, there are no established rituals to guide us across. Nobody has yet seen the other side, and so there can’t be any reliable ceremony masters. We have left behind a world of firm structures and frameworks, but haven’t yet arrived at another. There is a sense of unfettered terror and limitless creativity to this middle part, a radical questioning of all that has been that prepares for what is to come. It is, in a sense, a purging, a definite letting go. Liminality is defined by a sense of passage; it hinges on accepting the insecurities and anxieties that accompany crossing a void. This requires both courage and stoicism. You can make yourself at home on the threshold, remain suspended in some kind of permanent liminality that will eventually create its own set of conventions and establish itself as normal. You can thrash against it like some caged animal until you’ve exhausted yourself. Or you can accept the forces inherent in the turning of the tides. 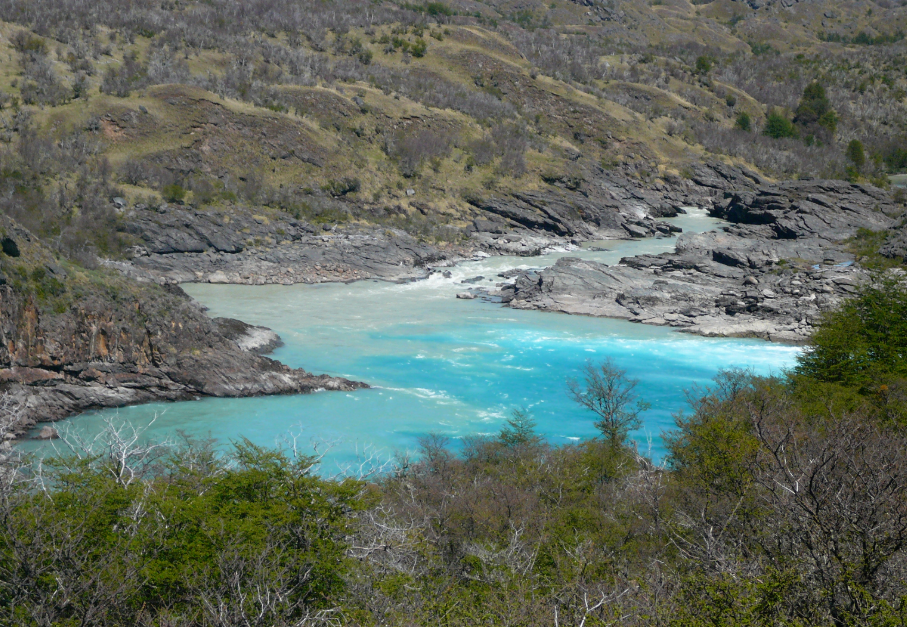 The Secret Opinions of Rivers

One Fine Day in the Middle of the Night

Steve Wheeler
‘Performance’ is the wrong word. Liminal was a promenade experience (the first devised by...
On Gathering