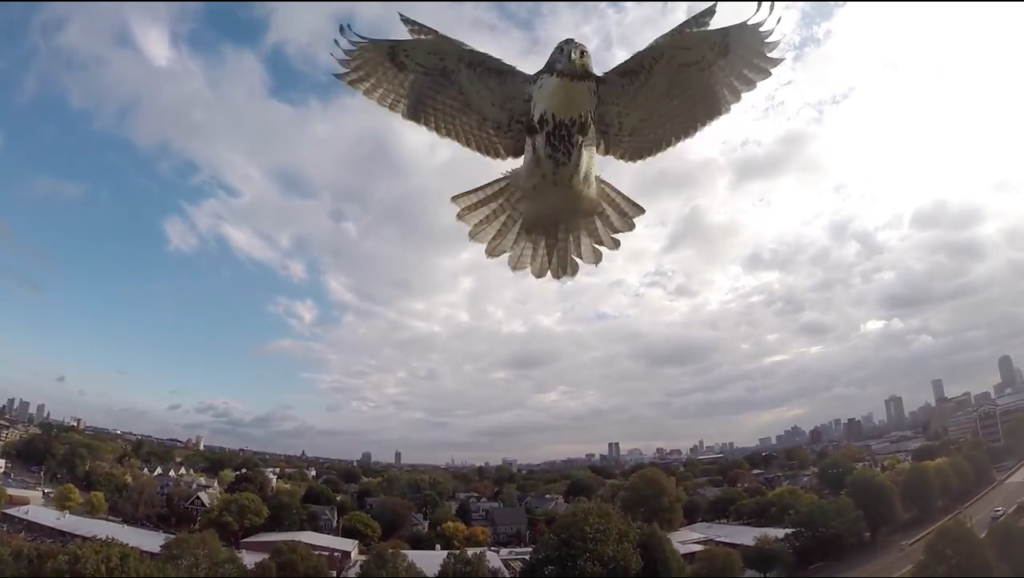 John Jacobi
John Jacobi blogs at The Wild Will Project
Share
Google has recently begun efforts to build an enormous trans-Pacific cable system to connect the US to Asia at faster speeds. Obviously there are many problems inherent in this project, particularly the impacts it has on the ecosphere. But sharks aren’t having any of that. Google is having to put a protective guard around the cables because the sharks keep biting them, which could potentially cause widespread internet outages. The sharks have actually been at this for a while — at least since 1985, when shark teeth were discovered embedded in an experimental cable near the Canary Islands.

This is a clear example of nature biting back. Obviously the sharks aren’t conscious agents of revenge for an all-powerful Mother Earth. But they are part of a complex and interdependent ecosystem, which will invariably cause problems for technologies that disrespect and disregard it. All around us we can see examples of this.

Squirrels have similarly caused problems with power-lines, for example. In 2013 New York Times author Jon Mooalem reported that over a four-month timespan, squirrel attacks on power lines made the news at least 50 times. Even more impressive, the Nasdaq has been shut down by squirrels twice: once in 1987 for 82 minutes and once again in 1994. In fact, much of power infrastructure seems to be particularly vulnerable to natural attacks. The primary cause of most power failures is weather, but the 2003 Northeast blackout was caused by power-lines brushing against a few Ohio tree branches. All of these cases is indicative of the way industrial society regards nature: it doesn’t. As a result, natural processes end up causing a lot of problems for industrial infrastructure.

As with all happenings that contribute to the fall of industrial society, these eco-attacks are bittersweet. Some activists from the ’80s heralded ‘nature biting back’ in such a callous way that it sometimes carries with it downright nasty undertones. Christopher Manes, for example, once suggested AIDS as a population control mechanism. And while it is — all sickness and disease is — that is certainly no reason to suggest many people dying from AIDS as a good thing, as he did. We can see hope in nature fighting back, but there must also be anger that the technocrats have redirected the attack toward the poor.

The recent Ebola outbreak is another example of this. A small outbreak happened, but, to the fault of mass transportation systems and the way cities force large numbers of people to live closely together, it quickly grew, crossing borders and now continents. As of October, the death toll has passed 4,500 people. This is not nature’s fault, however. Again, these eco-attacks are not conscious acts of vengeance; rather, they are natural processes continuing as they have for millions of years, but amplified into disaster through technological augmentation. In this way you might say that nature is merely giving the industrial system the rope to hang itself.

Grieving here is important, because lives that will never come back have been taken, ecosystems that will never come back have been destroyed. But what is left are West Africans with an afterimage of betrayal, an understanding of industrial society’s true nature, a glimpse of future disasters to bring death of a greater magnitude. Left are the West Africans who have experienced industrial disaster (and Ebola is an industrial disaster). The hope lies in their resistance.

Continuing on this note, wild retaliation is not confined to non-human elements of nature. All around us we can see the squirrels and the sharks and the trees and the clouds acting with persistent hope that their wildness will win, but only in civilisation’s story are humans separate from everything else. As humans placed firmly on the side of wild nature, we have a duty to fight with the sharks and the squirrels. And some of us are.

In many regions in the US, for example, people are fighting back against fracking. In Italy, No TAV protesters are fighting against a high-speed rail. And when was the last time a G20 summit didn’t have protestors? In the next few decades, this resistance will only increase. While for several decades first-world citizens have been able to live a life separated from the nasty industrial base that creates it, the energy crisis is forcing production to move into places that once again put the first-world in touch with the underbelly of their lifestyles. And if their response to these industrial projects is like their response to fracking, then there will definitely be opportunity for new stories about the nature and civilisation to take hold.

What these stories will look like is yet unknown, but I certainly have an idea for one. Recently, a video of a hawk taking down a drone circulated around the internet. I imagine one day there will be the ruins of many drones taken down by hawks. A human might come by some of the ruins and rummage through them to repurpose some of the metals into tools. He’ll head back to his community, who lives in an old bank building, set down the tools, and join the tree roots in breaking up the pavement so he can use the soil underneath for a garden. And after a hard day of purposeful work and play, with tools made and seeds planted, he’ll sit around a fire with friends and family, telling stories and listening to raccoons cause trouble in the night.