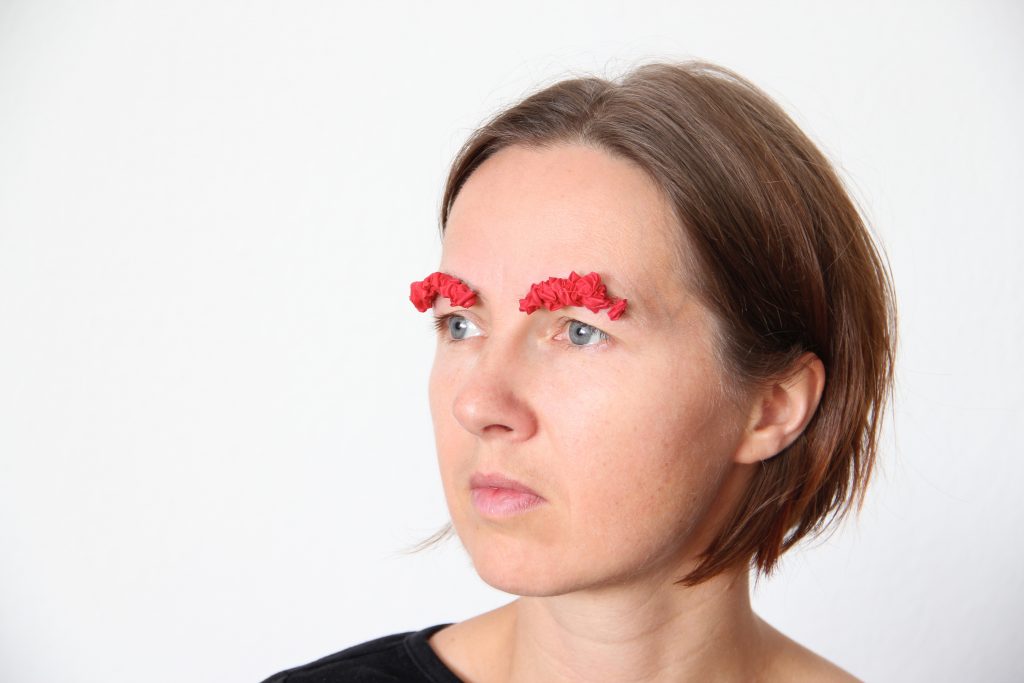 Monique Besten
is an artist, writer and educator based in Barcelona and Amsterdam. She makes long-distance performative walks through Europe and researches slow ways of being, connections between artistic media and different fields of life. She teaches performance art and artistic survival skills at the HKU University of the Arts Utrecht, NL and is a longtime contributor to Dark Mountain books and events.
Share

Animals first entered the imagination as messengers and promises.

The mythical bird from my childhood. A bird I have never set eyes on, although we might have crossed paths. It is not unlikely that a black grouse has seen me. The females, in camouflage colours, are notoriously hard to spot. The males, black with white tail feathers, are more visible in the landscape, especially during mating season when their red eyebrows swell up and they dance to impress the females. The mating ritual is called the lek: in spring, before sunrise, males assemble on a communal display ground where they all have their own territory. Then the lekking starts: they raise and spread their lyre-shaped tails, make rookooing and crowing sounds, jump and flap their wings. Before the females arrive there might be some clashes, two males fighting over a spot, but once the women arrive their focus changes, they try to attract the attention of the females. As soon as a male grouse locks eyes with one of the females and she is in his territory, he starts to circle around her in small, rapid steps, wings spread while almost touching the ground.

I was aware the black grouse were living there, in the forest next to my parents’ house. It has always been one of the most beautiful areas in the Netherlands and is part of the Sallandse Heuvelrug, a natural park in the east of the country. It got its name from its distinguishing hills, which even at a height of only 75 metres can be called impressive in the otherwise flat Dutch landscape. I know the forest and the heathlands inside out, I explored every corner of it when I was growing up there. Sometimes, on early morning walks, I hoped to spot the bird. But I never did.

The population in the park was the only remaining one in the Netherlands. While the number of birds decreased every year, the number of birders arriving in spring, carrying cameras as big as the bird they were hoping to see, increased every year. More than 20 years after I moved away, a local forester told me that during the last yearly count, only four birds had been seen. They were on the brink of extinction. It was my last chance to see them, but the thought of waiting in the middle of a group of excited birders to watch the last proud Dutch black grouse perform a mating dance that was not meant for our eyes made me sad.

I carried the image of the black grouse around in my head for a while. I made big red eyebrows, that in hindsight looked more like the artificial ones glued on the stuffed specimen of a bird I saw in a natural history museum than the amazing ones the male grouse display when they search for a partner. I made a photo of myself wearing them and titled it Promise to the Black Grouse. I wasn’t sure what the promise was.

A year later, Swedish grouse were introduced to the area. They resemble the Dutch black grouse, but they are genetically different. Some people called it the start of the end, but it wasn’t: the end was already there. Increasing the population by introducing more of their cousins wasn’t a guarantee for an ongoing presence of black grouse in the magic forest of my childhood.

Through the years the birds’ habitat had shrunk, and activities in the forest had increased. Large scale intensive agriculture (specifically livestock farming) had led to high nitrogen levels, changing heathlands into uniform grasslands. Growing use of pesticides in the surrounding area had a serious effect on the number of insects that were the main food source for the chicks. Commercial forestry plantations and construction of roads reduced the amount of open heathlands, outdoor recreation increased and more effort seemed to be put into finding new ways to attract and entertain visitors than safeguarding a healthy environment for the natural inhabitants.

Whenever I look at the photo of myself with the red eyebrows I wonder what the promise is. To save the bird? It was too late for that. To help return the natural park to its former state so it would be inhabitable for other grouse again? Maybe. To remember it? Most definitely.

My promise is a meagre one compared to the other promise. Long before I made mine, the black grouse promised something. As long as it thrived in the area where it had been living for as long as people remembered, it would be a healthy environment for humans to live in as well. Introducing look-alikes gives the idea that nothing has been lost. But the promise has been broken.