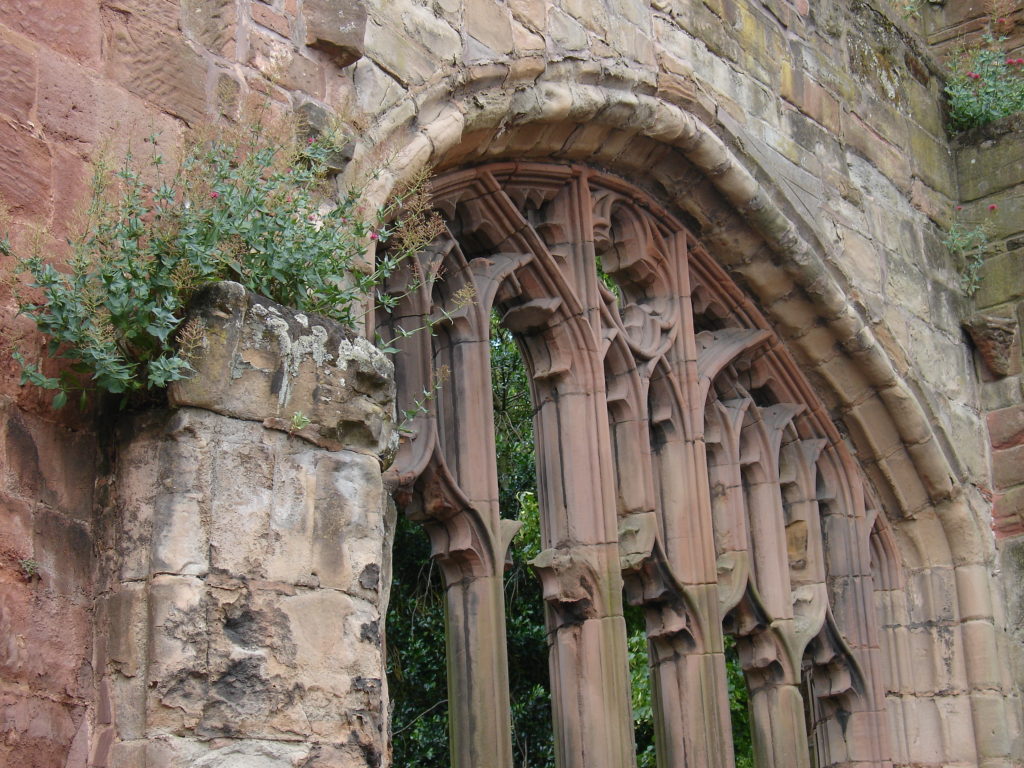 Ruined cathedral – photograph by Gregory Norminton
Stephen Backhouse
is the director of Tent Theology and the author of Kierkegaard’s Critique of Christian Nationalism, the award-winning biography Kierkegaard: A Single Life and the forthcoming Zondervan Essential Companion to Christian History (2019).
Share
What might Christian thought and practice have to offer writers intent on ‘rewilding the novel’? To modern readers and writers interested in opening up new vistas of imagination that are wild and not locked down, I recommend the ancient witness of the people who knew Jesus.

It is not difficult to fathom or demonstrate why readers of this website might see Christianity as a conquering ideology hostile to nature. Yet this does not exhaust the breadth or the depth of the Christian social imagination. For behind the rapacious, authoritarian and utilitarian impulse of much modern christianised (and, let’s face it, secular) politics lies a set of ancient words with the potential to undo domination by rewilding the imagination.

The world formed by Christian words is no different. The most important of these words is kenosis, one of the oldest terms that the people who knew Jesus used to describe what it felt like to be around him. Sometimes translated into English as ‘self-emptying’, the word can conjure notions of subjugation. Yet following priest and theologian Sarah Coakley, to practice kenosis is, in fact, to practice ‘gentle space-making’. In short, the earliest Christian conception of Jesus Christ is a conception of a public figure who intentionally withdraws his power from the spaces he finds himself in, to allow for the flourishing of other people and ideas.

The narratives we craft shape our world. Let us grant this.

Let us also grant that Christians have not been a wholly benign influence on the narrative, political, and ecological imagination of humankind over the years. Let us point to rapacious, myopic and above all domineering people and groups in our world who, wrapping themselves in the banner of Christianity of one flavour or another, have marched us (and are marching us still) to the brink of utter insanity.

Let us grant this. How could we not?

But now let us also acknowledge that Christian narratives are too deep, too wide and altogether too wild to be contained by one ideology or side. Let us notice that our proclivity to superstitious supernaturalism is as christianised as is our materialistic atheism. That the god some of us sentimentalise is the same god some of us cannot countenance. Secularism and theocracy are Christian inventions. Christian philosophers, for Christian reasons, bequeathed to us rational, radical doubt and blind leaps of faith. Both liberal progress and the ancien regime are Christian myths. Capitalism and communism drink from the same gospel well. Authoritarianism and anarchy are different loaves made from the same yeast. Let us notice how often it is that when rapacious, myopic and above all domineering people and groups use the name of Christ to wreak their havoc, their fiercest, most implacable opposition stand their ground also in the same name.

Let us grant this. How could we not?

Narratives can be locked down and subjugated. Or they can be rewilded. Rapacious, myopic and above all domineering people and groups will use whatever they can to shape the world according to their will.

All ‘Christendoms’ exist in a perpetual irony: every christianised system that has succeeded in stamping its control on life has also succeeded, unwittingly, in planting the seeds of its own downfall. There is a volatile and unstable heart to the Christian imagination that cannot be ignored as long as the witness of the earliest Christ-followers is preserved. Wherever the words of the primitive church are read, the possibility and capability of wilderness is present. Jesus Christ, they said, is King, and his Kingship, they said, is wild.

This is not an attempt to convince you, dear reader, of the Lordship of Jesus Christ. It is, however, an attempt to illuminate the narrative, political and ecological imagination that can, and often does, spring up in people who are so convinced.

The four Gospels are not the first words anyone wrote about Jesus. Mark, Matthew, Luke and John are accounts written down and stitched together a generation or two after the events they are describing. The people who knew Jesus were dying, so the people who knew the people who knew Jesus preserved their stories. The salient point here is that the church already existed in fine fettle before it had four biographical accounts of the words and life of its founder. For the best indication of what it felt like to be around Jesus we have to turn to earlier sources. Here we find the epistles and letters that make up the bulk of the New Testament, most of which are ascribed to the Apostle Paul. Paul’s letters, it is worth reminding ourselves, were written for and about people who had living memory of Jesus. And Paul, it is also worth noting, was not always writing new material. He often quotes sayings of Jesus or teachings of the first disciples well known to his contemporaries. And, in one notable passage in his epistle to the congregation in the city of Philippi, Paul incorporates a poem into his text that he did not originally pen. This hymn, found in Philippians 2 thus has a credible claim to being one of the earliest things ever written about Jesus, by people who knew him and who knew what it felt like to be around him.  It is worth quoting in full.

4 Let each of you look not only to his own interests, but also to the interests of others. 5 Have this mind among yourselves, which is yours in Christ Jesus, 6 who, though he was in the form of God, did not count equality with God a thing to be grasped, 7 but emptied himself, by taking the form of a servant, being born in the likeness of humankind. 8 And being found in human form, he humbled himself by becoming obedient to the point of death, even death on a cross. 9 Therefore God has highly exalted him and bestowed on him the name that is above every name, 10 so that at the name of Jesus every knee should bow, in heaven and on earth and under the earth, 11 and every tongue confess that Jesus Christ is Lord, to the glory of God the Father. (Philippians 2:4-11,ESV)

It is surely noteworthy to point out how the highest Christology (that is, the strongest identification of Jesus as the revelation of the Divine) occurs in the oldest records. Common sense would tell us that Jesus was a normal human teacher who accreted divine status much later in the telling and re-telling of his story. Here the earliest literary evidence of the first Christians suggest once again how divergent Christianity is from the sense of the common. You might not believe that Jesus is God. But the people who knew him did.

This high Christology has a socio-political aspect. Two thousand years of tin ears has led us to overlook how many overtly political slogans and symbols are being used – subverted, satirised – in this hymn. The first is the Greek phrase isa theo (‘equality with God’). Isa theo is not a ‘religious’ statement, if, by that, you think that the religious and the political can be easily delineated. In the Greco-Roman imagination, the more powerful a human someone was, the more of a little god they were. It is the phrase Augustus used when he threw his hat into the ring to become Caesar. It is the phrase used of people gunning for the top job of king of the world. And it is the phrase that the earliest Christians thought was most appropriate for describing what it felt like to be around Jesus as he pronounced the coming of a new Kingdom and formed a new movement of followers around him. Significantly, in this hymn, people being equal to God is not the problem. It is how they go about achieving this power that is being subverted.

Jesus was equal to God, but he did not consider being equal to God a matter of ‘grasping’ or ‘exploiting for his own advantage’. The word in view here is another technical political term: harpagmon. This is the garnering of political resources and directing them towards getting what you want. If you have ever been asked to sign a petition or join a protest rally, you have been on the sharp end of harpagmon. When politicians gather together their ‘base’ or canvas support they are hoovering power in order to use it to their own advantage when the crunch time comes. This is the way politics works. You grasp at what power you can find in order to shape the world according to your vision and the vision of those who have pledged their support. Harpagmon is a matter of grasping and focussing in order to dominate your Will.

Yet Jesus, who is isa theo, does not consider isa theo a matter of harpagmon. Instead, insist the people who knew him, he ’emptied himself’. Kenosis. And with this, we come to rewilding. For to ’empty oneself’ is not to become a doormat or a cringing worm. It is to be like a servant rather than a dominating bully imposing his will on the world. The prime mark of a servant is that they exist to enable other people. Harpagmon gathers and subsumes other wills in the service of ramming home one Will. They close down dissent, conversation and divergence. Tyrants and bullies and most politicians fill the room with their ego. The kenotic person controls their self. They embody ’emptiness’ insofar as their egos do not flow to fill the space. Sarah Coakley helpfully points out that to practice kenosis is to practice ‘gentle space-making’. In the presence of harpagmon the world gets smaller and tamer.  In the presence of Kenosis the world gets larger and more outlandish. And this, says the apostle Paul in Phil. 2:5, is to be the mind Christ’s people share among themselves.

Narratives can be locked down and subjugated. Or they can be rewilded. Rapacious, myopic and above all domineering people and groups will use whatever they can to shape the world according to their will. Even the name of Christ. But when this happens, the dominators have unwittingly smuggled in to their universe the seeds of their own demise. For the name of Christ cannot be narrated without recalling an imagination that remembers when it was not colonised, selves that were not silenced, and spaces that were not locked down, but wild.

Our ‘Rewilding the Novel’ series continues next week with an essay by Winnie Li.

For £35 a year, you get every new Dark Mountain book as soon as it comes out, sent to your address within the United Kingdom. 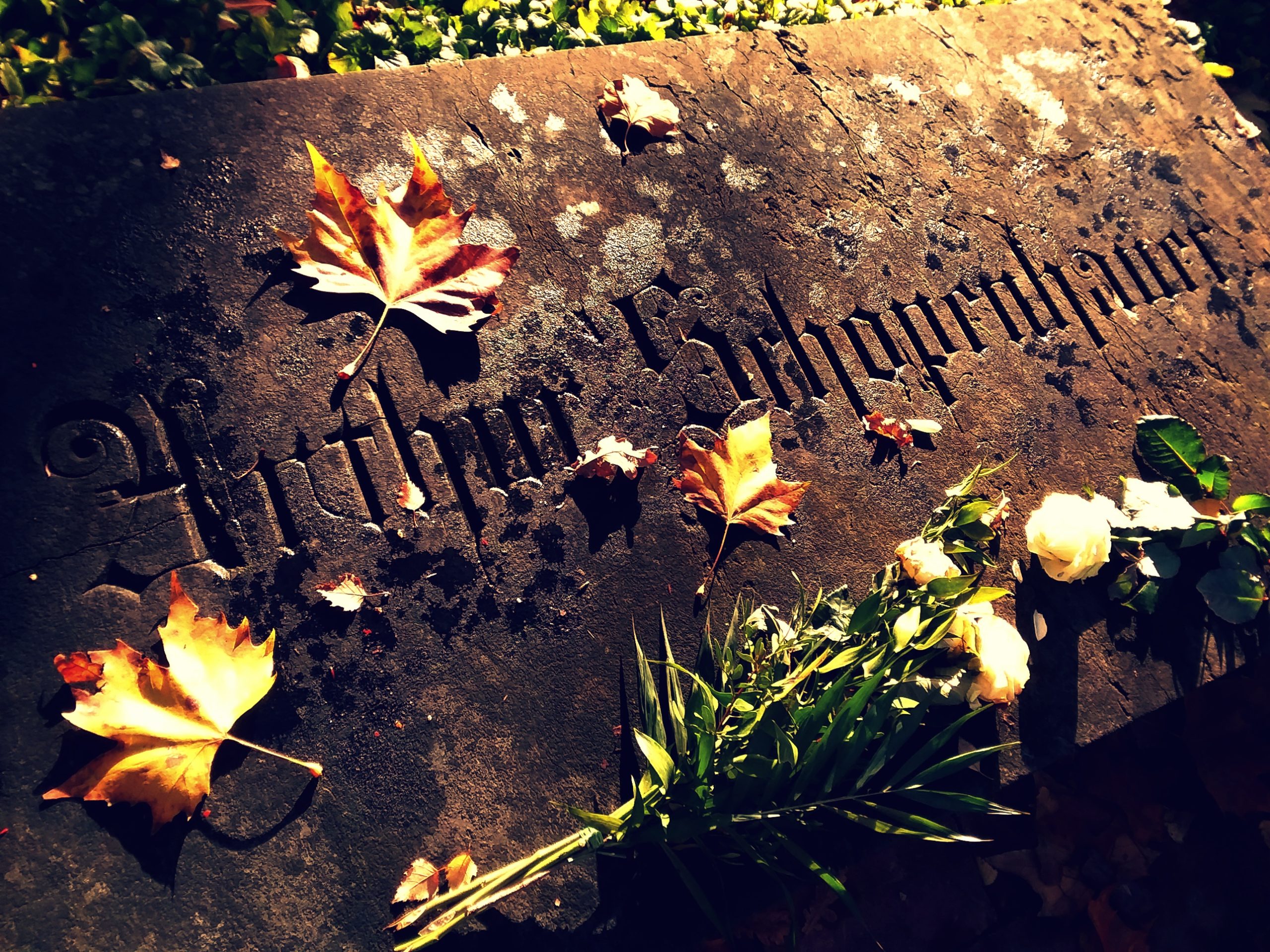 How A Dead Philosopher Saved My Life 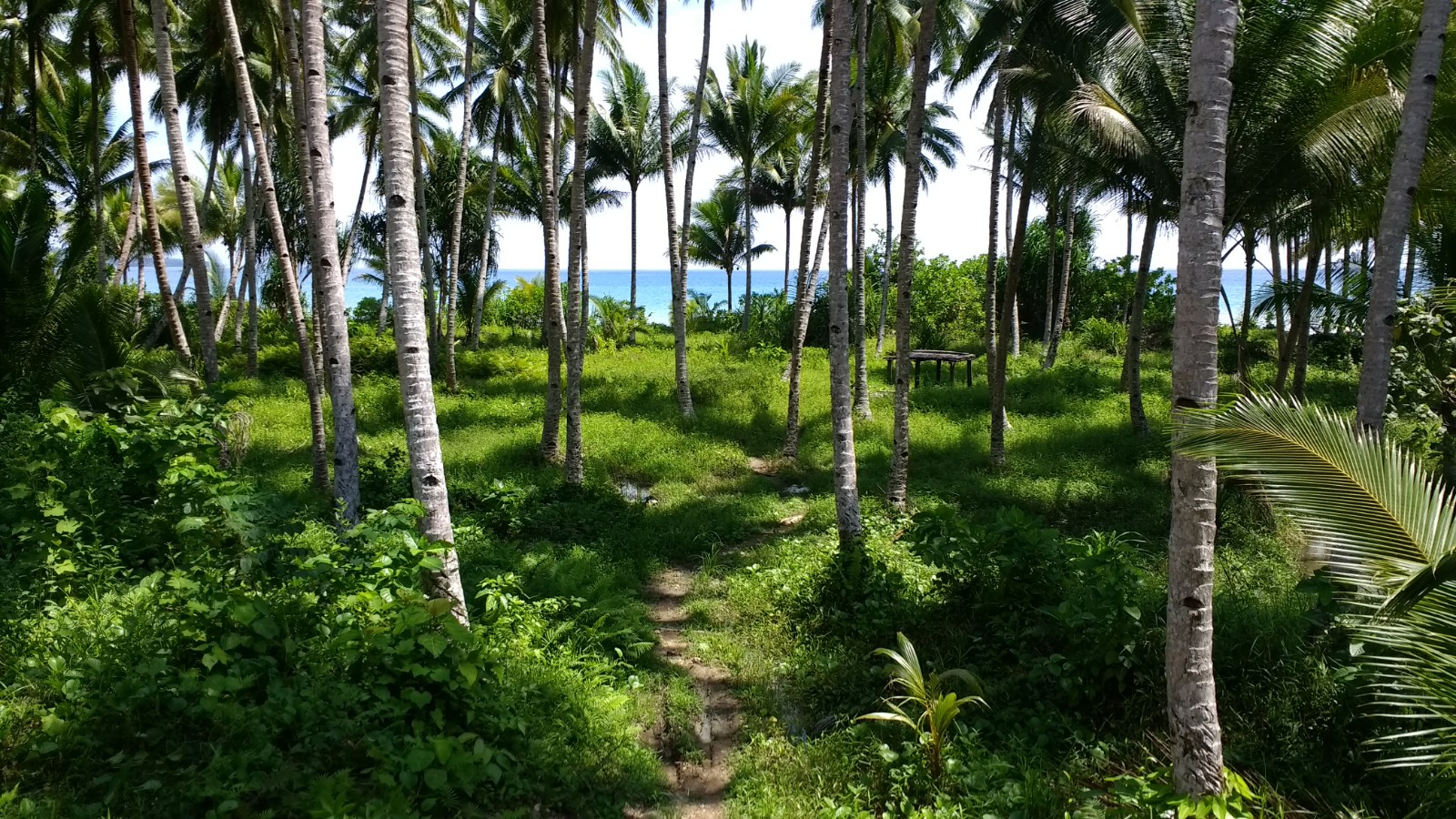