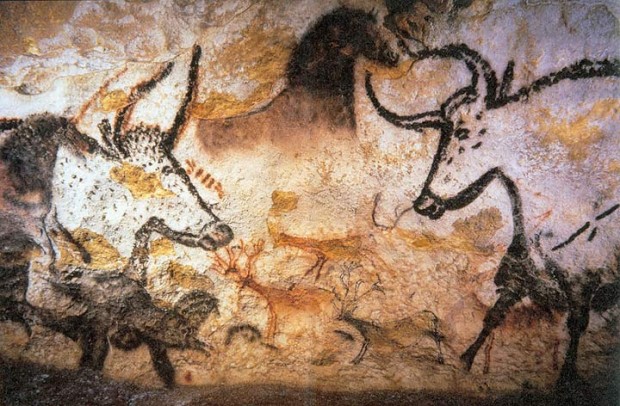 Lascaux painting courtesy of Prof saxx, licensed under Wikimedia Commons
Richard Adrian Reese
Share
On the walls of the caves at Lascaux, France, there are paintings of aurochs, Bos primigenius, the awesome wild ancestors of domesticated cattle. They stood up to six feet tall (1.8m), and could weigh two tonnes. Their thick horns were three feet long (0.9m), pointed forward, and curved inward – perfect tools for ripping apart lions, tigers, wolves, and hunters. They lived from England to northern China, south to the Indian Ocean, and along the Mediterranean coast of Africa.

In The Travels, Marco Polo (1254–1326 AD) wrote, ‘There are wild cattle in that country [almost] as big as elephants, splendid creatures…’ In Gallic War, Julius Caesar (100–44 BC) said of aurochs that ‘These are a little below the elephant in size, and of the appearance, colour, and shape of a bull. Their strength and speed are extraordinary; and they show no mercy to any man or wild beast of which they catch sight.’ They didn’t fancy hunters.

In Travellers’ Tales (1883), Rev. H. C. Adams discussed the aurochs that used to inhabit Scotland. ‘The wild cattle which anciently inhabited the great Caledonian forests, and are described by Boëtius as being fierce as lions, and bearing so great a hatred to man, that they will not eat any of the herbs that have been so much as touched by him, and are generally believed to have been a different and smaller breed than that of the aurochs of Germany.’

Aggressive creatures that could not be controlled were not welcome in a world increasingly dominated by domesticated humans. The last wild aurochs died in Poland in 1627. Domesticated cattle were smaller, far more passive, and easier prey for wolves.

Nobody owned wild aurochs, but docile cattle became private property, sources of wealth and status. The more you owned, the greater your prestige. As the herds grew, the land used for grazing expanded, and ancient forests were murdered to create more and more pastures. The health of the land was less important than the wealth of the man. Private property, and the insatiable lust for status, always tends to arouse infantile tendencies in domesticated humans.

Many regions were ravaged by overgrazing, and transformed into wastelands. In The Others, Paul Shepard noted that ‘If the auroch was the most magnificent animal in the lives of our Pleistocene ancestors, in captivity it became the most destructive creature of all,’ causing more damage than either fire or the axe.

Wild boars, the ancestors of domesticated pigs, still survive. In northern regions, they can grow to enormous size. Boars in Russia and Romania can weigh as much as 660 pounds (300kg). They have sharp tusks and can be very dangerous when threatened. They have been known to gore tigers to death. Wolves tend to leave adult boars alone, and focus their attention on yummy little piglets.

The wild boar population in France is currently exploding, because farmers have devoted far more cropland to growing corn (maize), a food that boars enjoy. Corn is processed into ethanol, a fuel used to power motorised wheelchairs (as late as 2011, large numbers of French continued to drive automobiles!). Many have come to lament that they exterminated the wolves, because they are now up to their ears in wild boars and wheelchairs.

Young mouflon orphans were quite easy to raise in captivity. Hence, sheep were the first domesticated livestock animals. Domestication erased most of their survival instincts. Sheep were an easy meal for even coyotes. A pack of wolves might kill a single horse or cow, and call it a night. But many times, they killed an entire flock of sheep; because they were so easy to kill, it was hard to stop – and then they would just eat one or two.

For predators, killing is thrilling, an exciting climax, the jackpot. This thrill may have been what motivated humans to continue inventing better weapons, so we could kill more and bigger animals, as well as other humans who aroused our displeasure. Over time, the planet has paid an enormous price for this primitive arms race, which put us on the path to super-storm.

Before domestication, predators and prey lived in relative balance – the world worked pretty well. If wolves ate a deer, this was normal and healthy. Nobody’s feelings got hurt. But as the domesticated world expanded, the wild world shrank, and wild prey became increasingly scarce. We pretty much forced predators to eat our livestock, so they did, and then we got all huffed off about it.

Those dastardly predators consumed our precious wealth without paying for it, an unforgivable offence. So we declared war on them, and we’ve been working hard to exterminate them for many centuries. We’re making impressive progress, but we’re not quite finished. We’ve also been busy wiping out wild humans, because they were obsolete obstacles to the complete domestication of everything everywhere.

Before domestication, there were lions all over the place – along the Rhine, in Poland, Britain, southern France, Egypt, Greece, Palestine, Macedonia, Turkey, the Fertile Crescent, and India, according to David Quammen. In some areas of Europe, they survived until about 11,000 years ago – around the time when domestication slithered into the daylight.

When I read Craig Dilworth’s notion that the high point of the human journey was the Upper Paleolithic era (40,000–25,000 BP), I was a bit dubious. But today, flipping through Jean Clottes’ stunning book, Cave Art, I realized that he was correct. Humans crawled far inside caves with torches, and painted gorgeous portraits of the sacred animals for which they had the deepest respect and reverence. Images included the horse, lion, aurochs, rhinoceros, salmon, bear, mammoth, buffalo, owl, hare, ibex, auk, weasel, reindeer, chamois, fox, and wild human.

In the Upper Paleolithic era, the world was unimaginably alive and 100% wild and free. This planet was nothing less than a spectacular, breathtaking miracle. Modern folks would eagerly pay big money, and get on a 40-year waiting list to experience a pure, thriving wilderness filled with mammoths, lions, aurochs, and buffalo. To gasp with wonder at vast clouds of birds filling the skies with beautiful music and motion. To listen to rivers thrashing with countless salmon. To see, hear, and feel the powerful vitality of the reality in which our species evolved, the type of world that the genes of every newborn baby expects to inhabit – a healthy, sane, beautiful, wild paradise.

Even then, at the zenith, we were very close to living too hard, getting too clever with too many tools, with too little foresight, too little wisdom. The cave paintings have preserved that sense of profound wonderment from our days of jubilant celebration. Our wild ancestors were passionately in love with life, and they were passionately in love with the world they lived in. They provide us with a perspective from which it’s much easier to comprehend the scope of our current predicament. 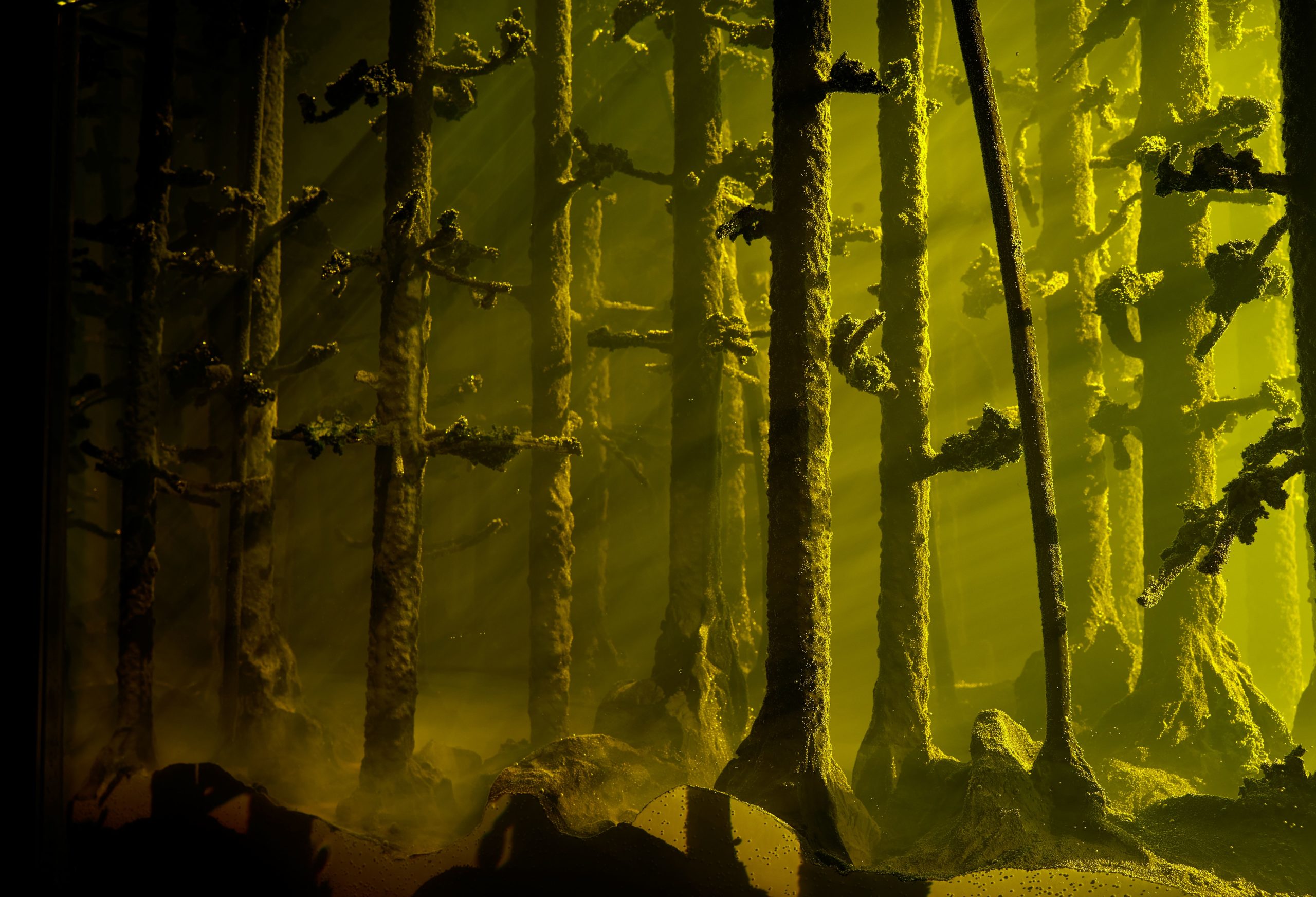 When Trees First Grew on Earth

These Waters Are Patient 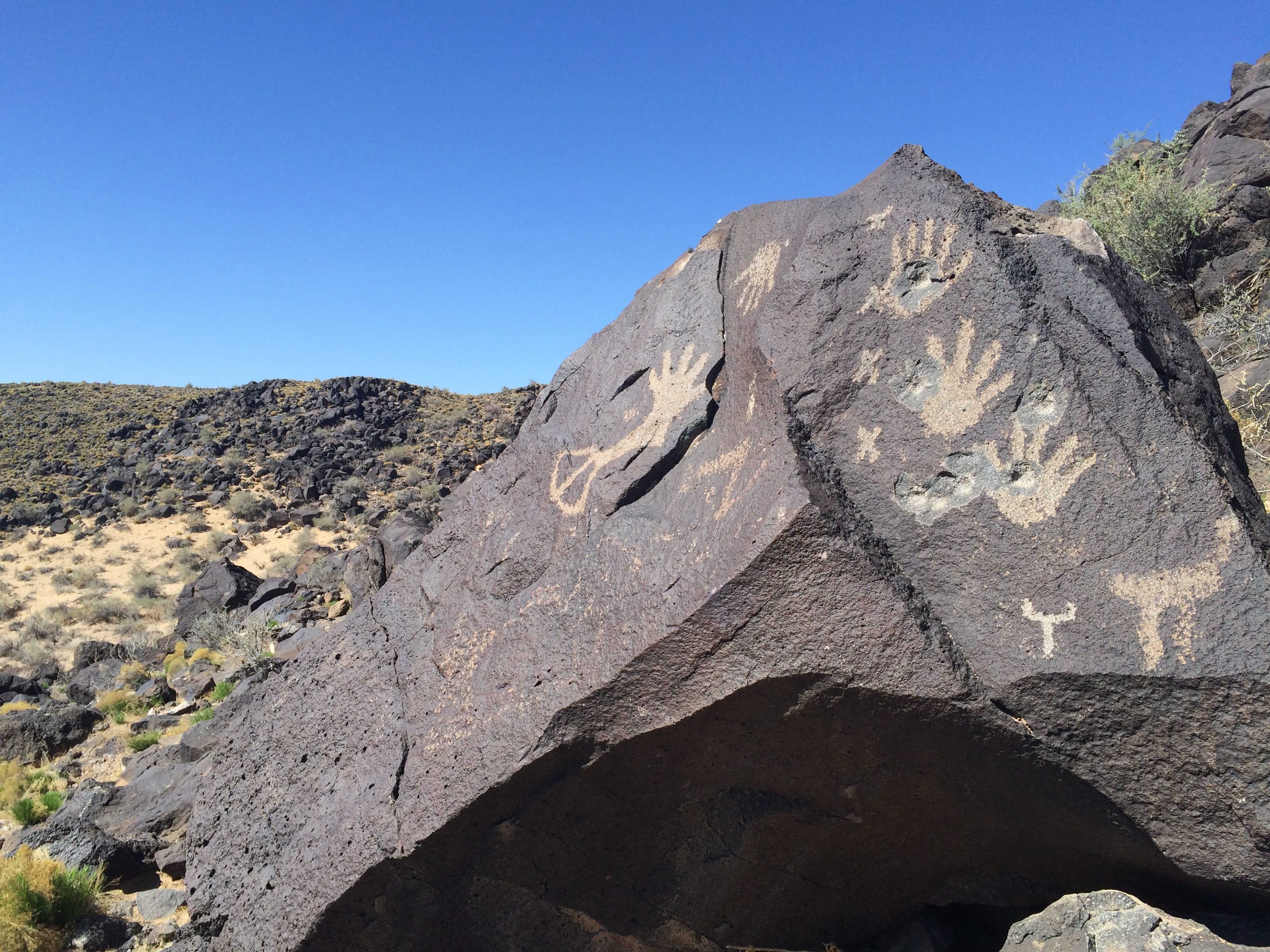 Kim Schnuelle
I was in Albuquerque killing time until my afternoon flight. I don’t know if you’ve...
Place & Time

Patrik Qvist
Trees evoke an emotional response in us city-dwellers, particularly when they are being threatened. A lot...
Other KingdomsPlace & Time 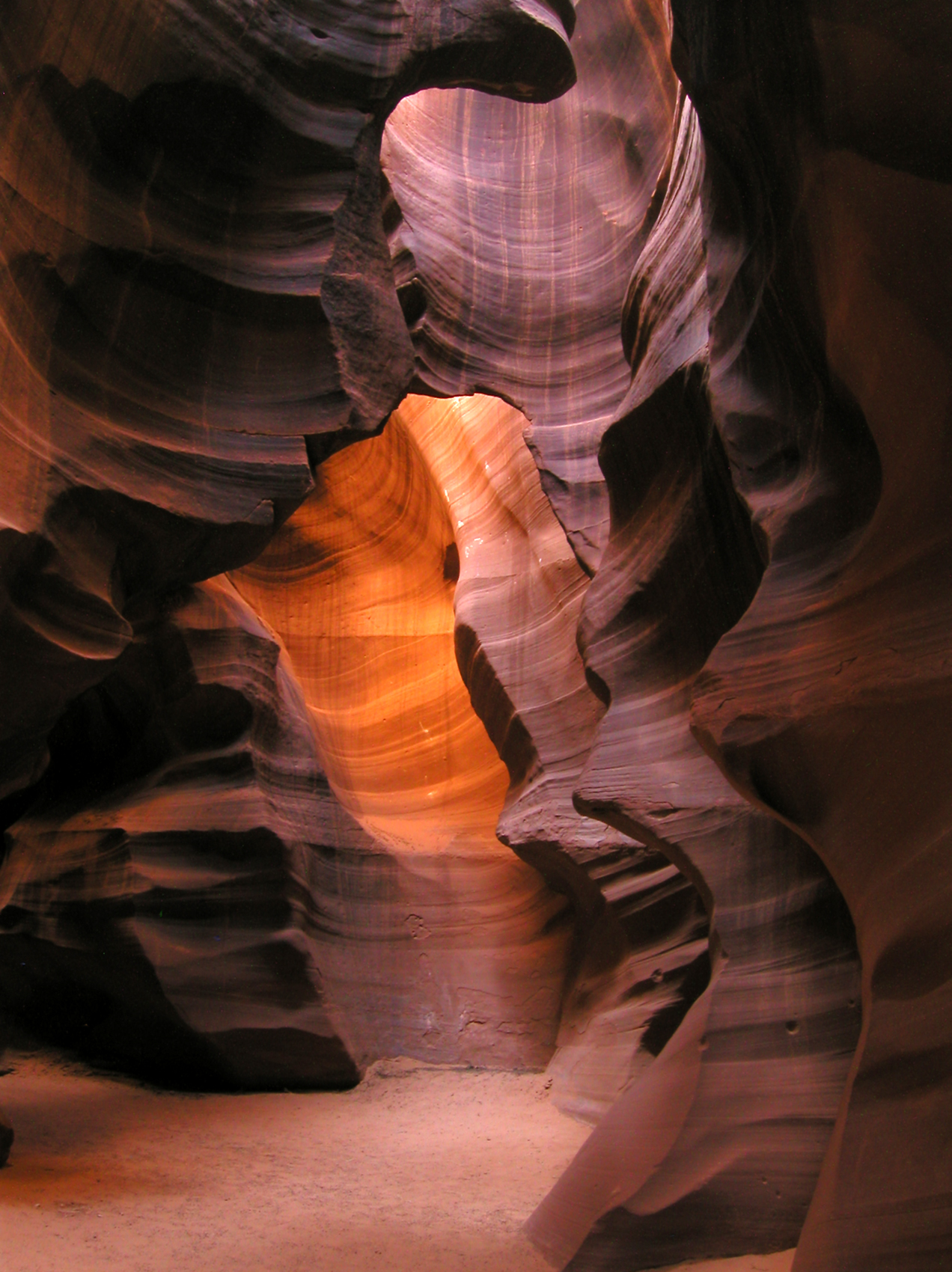 Karen Phelps
Our planet is not fragile at its own time scale, and we, pitiful latecomers in...
Dark Thoughts