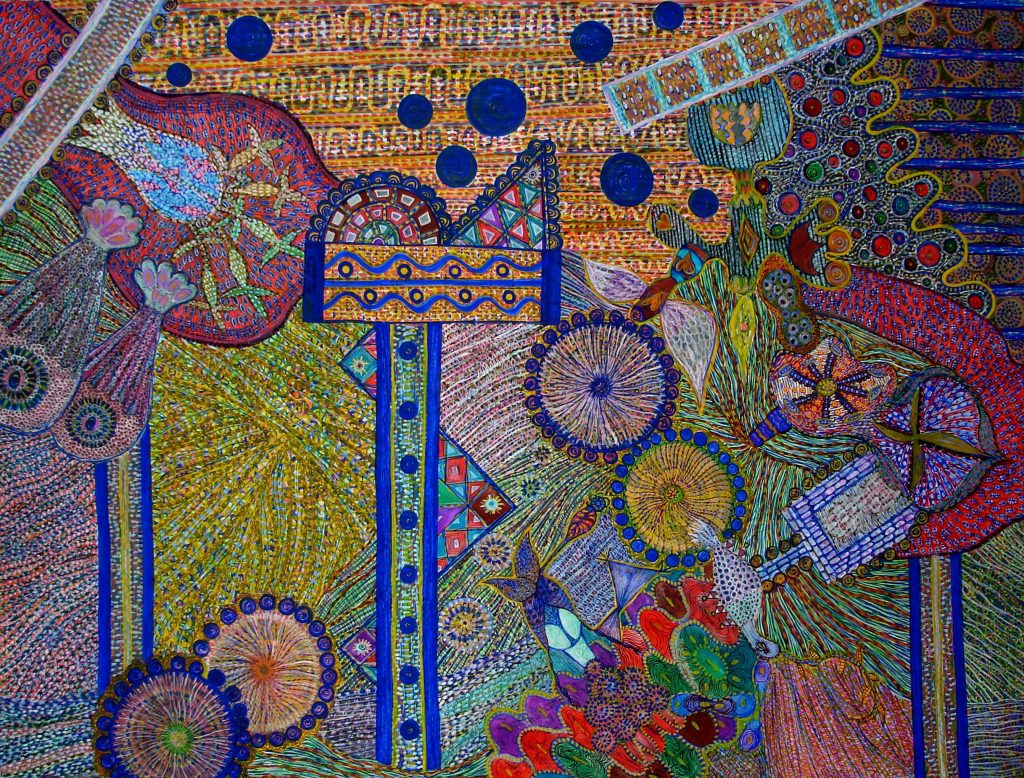 Cover for Issue 6 by Eunah Cho
Kim Moore
Kim Moore's first pamphlet Art After Metaphysics, The New Media Invasion and The Age of CatastropheIf We Could Speak Like Wolves' was a winner in the 2012 Poetry Business Pamphlet Competition. Her first full-length collection will be published by Seren in 2015. She works as a peripatetic brass teacher for Cumbria Music Service.
Share

They were waiting on the shore,
some with mobiles in their hands,
the words they thought
they’d have the chance to say
sitting round and smooth
like stones inside their mouths,
some on hands and knees,
feeling for spectacles, eyes tight
against the sun, not realising
the dark had gone, and some
sit on chair-shaped rocks,
as if they can still feel the shunt
of the tube, the doors opening
with a blast of stale air
and all have come too far
but with no way of getting back,
they move forward, the water
washes their feet
as the ferryman holds up
his hand for them to stop
but being without a tongue
he cannot explain the boat
was only built for twelve
or shout at them to wait,
to give him the coin that is
somewhere on their person
and now the water is round
their knees and the ones
with phones have said their piece,
they are wading to their waists
and all the ash has washed away
and their hands are on the boat,
they’re swimming to the side
or underneath, pushing out
toward the castle half-eaten
by the wind, to the jetty
with its broken crabs and seaweed
as if they knew the way without him,
and maybe they did because I found
the coins still warm from the heat
of their palms or wet from their mouths,
dropped as if the rules did not exist.

ʻThe Ferrymanʼ was first published in Kim’s pamphlet, If We Could Speak Like Wolves, Smith/Doorstop, Sheffield, 2012.