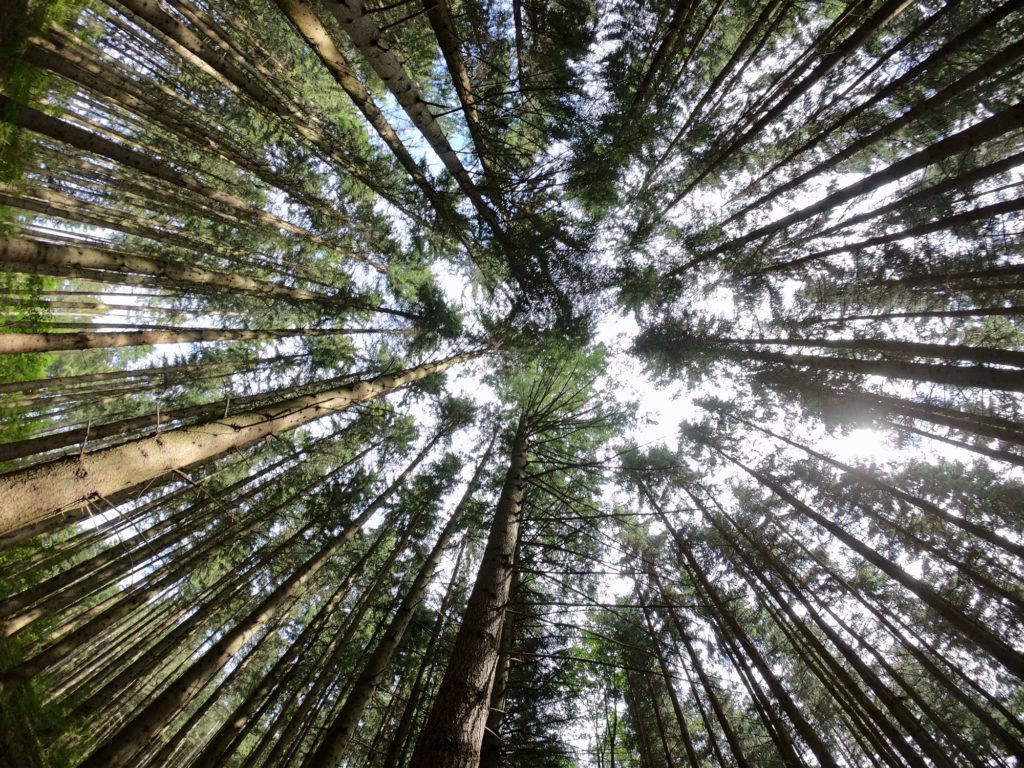 Nick Hunt
Nick is the author of three books about walking and Europe, the most recent of which is Outlandish, a work of gonzo ornithology, The Parakeeting of London, and a collection of short fiction, Loss Soup and Other Stories. He works as an editor and co-director for the Dark Mountain Project, and has contributed short stories and essays to many of its issues.
Share
‘The ancient ones are leaving us.’

Those words made me do a double-take.

They were tweeted by Gregory Norminton in response to a report that Africa’s oldest baobabs – those outlandish, smooth-skinned giants with swollen trunks and zigzagging branches that look like they come from an alien world – are suddenly and mysteriously dying. Trees that have lived for thousands of years, surviving storms, disease and drought, are disappearing within our lifetimes due to climate change.

Even though I have never laid eyes on one of these marvellous beings (outside the pages of The Little Prince, where they indeed grow on an alien world), the thought of them vanishing broke my heart.

That report was followed by news of another sudden death: the 1,000-year-old cedars of Lebanon – a tree so iconic that one appears on the country’s national flag – are being pushed out of their ‘ecological comfort zone’, where they have grown for millennia, by rising temperatures. By the end of this century it is predicted that they will have vanished entirely from all but the northern tip of the country. Once their habitat, and their fame, spread far and wide; their timber supported the roof of Solomon’s Temple in Jerusalem. Today, only ten square miles of scattered groves remain.

I felt my heart break again. I’m not the only one.

In recent years, the city of Sheffield has seen sustained protests over a contract to fell 17,500 street trees – many of them mature and healthy – in order to save the council money in a secretive Private Finance Initiative scheme; dozens of people have been arrested, some in pre-dawn police raids, including an old lady ‘breaching the peace’ by playing a plastic trumpet. Meanwhile, residents of Delhi are fighting the felling of 15,000 trees to make way for ‘redevelopment’, outraged that the plan is being enacted at a time when temperatures and pollution levels have reached an all-time high. And in Poland, a battle is underway to halt logging in Białowieża, one of Europe’s last surviving fragments of primeval forest (and a UNESCO heritage site), after the government removed protections from its old-growth trees. That destruction has been halted for now, but the future of the forest is in doubt. Despite the ever-increasing undeniability of climate change, despite our clear need for trees, we, as a species, seem unable to let them stand.

And yet, against the scream of chainsaws and the crash of splintering trunks, against the cutting of the Amazon and rainforests across South East Asia, against the wildfires that raged this summer from Greece to California, something else is happening. Trees are speaking to us. Even as the oldest survivors vanish from our world, we seem to be discovering (it might be more accurate to say rediscovering) that the giants whose shade we live beneath are more than the sum of their parts, or the sum of their biological functions. Far from being mere carbon sinks or organic oxygen factories, as they are regarded through the lens of ‘eco-capitalism’, trees, we are learning, are perceptive beings, capable not only of cooperation but communication. What was once seen as a lunatic notion – the theory developed by Suzanne Simard that trees use a ‘wood-wide-web’ of mycorrhizal fungi to exchange information about threats from insects and disease (though not, sadly, approaching lumberjacks) – is now widely accepted. This is one of the major themes of Richard Powers’ recent novel The Overstory, which also tells the tale of activists fighting the destruction of North America’s giant sequoias, a book that provided inspiration for this section.

Trees, it seems, are in people’s minds. The ancient ones might be leaving us, but they are also recolonising our imaginations.

And yet, against the scream of chainsaws and the crash of splintering trunks, something else is happening. Trees are speaking to us.

This should not come as a great surprise. From Yggdrasil, the World Ash of Norse mythology that linked heaven to the underworld, to the Bodhi Tree underneath which the Buddha attained enlightenment, trees inhabit our deepest myths and conceptions of ourselves. And why not? They give us life,  oxygenating the air that we breathe, and they have been on the Earth far, far longer than we have. The earliest non-flowering tree ferns and horsetails appeared in the Middle Devonian and Carboniferous periods 385 million years ago, evolving into the gymnosperms of the Triassic (of which Ginkgo biloba, a ‘living fossil’, is a direct descendent). Their great leap forward came during the Cretaceous, when they gained the ability to reproduce by flowers rather than spores, and over subsequent aeons forests advanced to cover the globe, sequestering carbon, pumping out oxygen and inducing climate change on a planetary scale. As ice ages rolled in they retreated towards the equator, only to retake terrain as the glaciers crept back again. A few million years ago, somewhere in the dense forests that once covered East Africa, tree-dwelling primates emerged. As those forests thinned out, they stood on their own two feet.

Our ancestors came from the canopy, and – given our species’ reliance on trees to make our world habitable – in many ways we never left it. Or it never left us.

This is the start of a new section about trees and what they mean to us, from the branches that spread above our heads to the roots beneath our feet. Like the ongoing Dark Kitchen it is not meant to be prescriptive or comprehensive, but rather an open invitation for writers and artists to respond to. Over the next few weeks we’ll be leading you through the woods from an ancient chestnut in Sicily to a dome of ash in Wales, from tree protests in India to an audio walk through an Irish beech forest – and we hope that the journey continues from there, in and out of dappled light, deeper into the tangled heart. If you would like to contribute in the future, do get in touch at nick@dark-mountain.net.

We invite you under the canopy. Welcome to the woods. 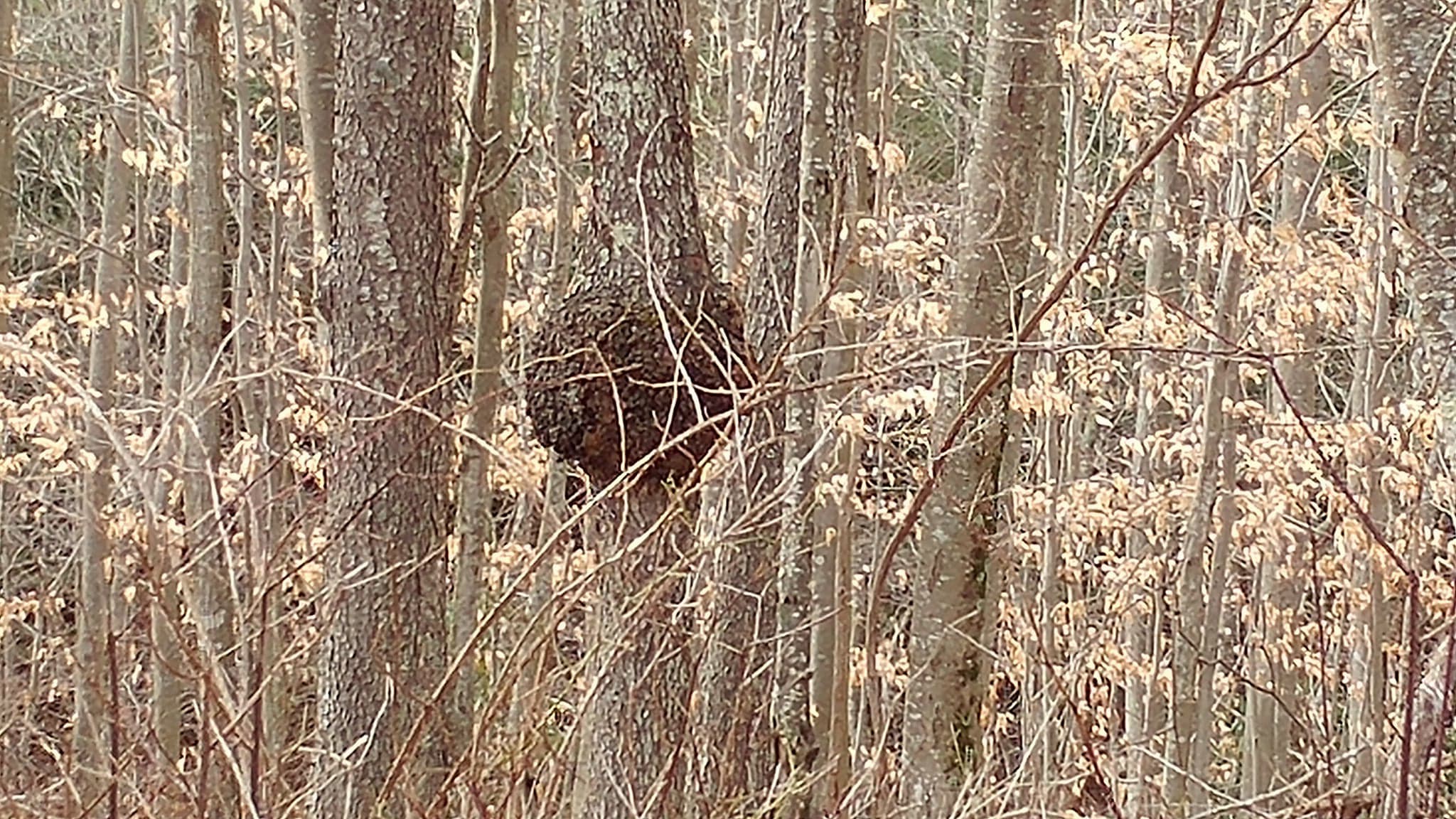 Matt Miles
A few minutes later as we descend into a gorge, Tasha’s the one to spot...
Dark Kitchen