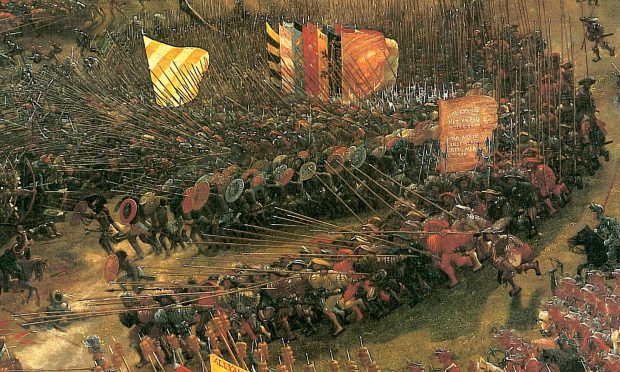 Battle
Paul Kingsnorth
is the co-founder of the Dark Mountain Project, of which he was director from 2009-2017, He is the author of nine books - three novels, two poetry collections and four works of non-fiction - all of which, it turns out, tell the same story: how we walked away from the wild world, and how we might get home again, if we can. He runs the Wyrd School which teaches wild writing and art and lives in the west of Ireland.
Share
If there’s one thing humans love, it’s war. Even those of us who pretend we don’t like war: really, we love it. We can’t get away from it. Even the pacifists are at it. Even the vegans. The anarchists enjoy it more than the marine corps, at least if they can hide their faces. In my years in the green movement – supposedly a fluffy, caring, co-operative kind of environment – I saw, heard and used more military metaphors than you could shake a stick grenade at. It was always the bad rich guys screwing the planet and the heroic, Earth-loving masses opposing them. When I was a young Earth First!er, back in the nineties, there was a slogan we used all the time. We would scrawl it in oil on the sides of earth-moving machinery when the security guards weren’t looking: The Earth is not dying, it is being killed. And those who are killing it have names and addresses. Yeah! This was exciting and heroic. The names and addresses, of course, were never ours.

Look at any movement for political or social change and you’ll see the war stories proliferating like Japanese knotweed. The 99% must rise up against the 1%! Donald Trump is a fascist and we are the resistance! Ordinary working people must stop the globalist elites! Corporations are causing climate change, and we must fight them! Black versus white, men versus women, elites versus masses, people versus planet: whatever your favoured battle, your choice commits you to fighting. Of course, your team are the goodies. Right is on your side, and the other lot are deluded haters. You are always Luke Skywalker, never Darth Vader.

War metaphors and enemy narratives are the first thing we turn to when we identify a problem, because they eliminate complexity and nuance, they allow us to be heroes in our own story, and they frame our personal aggression and anger in noble terms. The alternative is much harder: it’s to accept our own complicity. The alternative is an environmental campaigner accepting that they are as much a cause of climate change as the CEO of Exxon. It’s a progressive supporter of open borders accepting that they prepared the ground for Trumpism. It’s a European nationalist accepting that their wealth is built on globalisation. We don’t want to deal with this kind of thing. It stops us in our tracks, and the war machine runs on without us. We feel lonely out here on our own. Much easier to run on and catch up.

My favourite war metaphor is the one which pits modern humanity against the Earth itself. I think that civilised, post-Enlightenment humanity has been, and remains, a dark and destructive force. In only a few hundred years we have precipitated a planetary crisis, the details of which readers of this blog will be depressingly familiar with. We have destroyed wildness and beauty and meaning. We have eaten life itself. There is a black magic about our civilisation, I think. If you want me to build a case, I can build a case easily enough. I’ve done it before. But right now I’m more interested in what happens if I don’t.

If it’s not a war, what is it? If we’re not warriors, what are we? Are we monks or hermits? Are we nihilists or hedonists? The thing about war metaphors is that they suck you right in, like wars themselves. If you won’t enroll, you can easily be condemned as a coward: handed white feathers in pubs and spat at on the street. Still, we don’t want a world at war, do we? We want something else. But what? And how?

At the moment, I’m thinking that a trial might be a better metaphor and guide than a war. ‘You might see the situation we are in as an emergency,’ says Wendell Berry, ‘and your task is to learn to be patient in an emergency’. Being patient in an emergency seems harder and more worthwhile than playing soldiers. If I attempt to transmute my favourite war story – people versus planet – into a trial story instead, what do I get? I get a long story of patience and hard work and attention to nature; a story that will outlive me and my children. The poet Gary Snyder has suggested that we are in the early stages of what may be a 5000 year journey towards living well with ourselves and the Earth. All of us, whatever our tribe or team, are on the same journey. That’s a trial: a long, complicated test.

If it is a trial, a long emergency, an intergenerational test of patience, what qualities would we need to undertake it? They would be very different qualities to those – anger, aggression, might, tactical cunning – needed by a warrior. We might need to drop back into the past for a moment and explore some of the non-martial virtues that defined our culture before it was overtaken and half drowned by the siren song of commerce.

Community and religious life in pre-modern Europe – as in more traditional parts of the world even now – pointed people towards two notions. The first was that we were not primarily individuals but were members of a community: tribe, family, village, county, nation. Our work should not be for ourselves, but for this community. The second was that humans did not stand at the pinnacle of life, and should remember to bow their heads before something greater than themselves; some mystery within which our lives resided.

It’s hard to think of two ideas more likely to get you spluttered at in the West today. But take them seriously and they lead us towards some equally unfashionable, and therefore radical, values: humility, stillness, forbearance, discipline, honour. If these were not always not adhered to in the real lives of our ancestors, they were at least held up as aspirations. We could do worse than to aspire to them again. They seem less likely to set the world on fire in the name of saving it.

As I’ve watched the political and cultural temperature hot up in the West over the last year, as I have watched people divide into opposing factions and come out swinging, these questions have seemed to me increasingly urgent. I don’t really know how to answer them. I suppose it might take 5000 years. I suppose the answers will be changing all the time. But I like the questions better than the one I used to ask: who is the enemy, and how can we beat him? Because, of course, we can’t beat him. We strike him down and take off his mask and he turns out to be part of the family. That’s the point at which the hard work begins, and the wisdom becomes available.

Over the next year, I plan to explore these questions more, here on this blog and in the outside world. Starting in May, I’m going to be one of the teachers and guides on an experimental programme which Dark Mountain is running with our friends over at Way of Nature. We’ve worked together before, taking people out into wild areas and focusing on the big questions in our lives and in the world. This year we’re experimenting with an eight month programme, which we’re calling Fire and Shadow.

We’re putting together a group of people – reminiscent of one of those tribes or communities, perhaps – which will start to explore the work of transmuting war into trial, and asking how we might take the first steps in that 5,000 year journey. What values do we need? How should we live? How do we step back from the battle and still remain engaged in the world? What do we see when we look into the darkness? In the course of two week-long retreats in wild parts of Scotland and Romania, connected by online and ongoing conversations over eight months, we’re hoping to begin coming up with the answers to these questions and others.

We’ve filled up more than half of the places on this course already, but there are still spaces available for those who are interested. You can read more about it here. It’s a big commitment of time and money, and it won’t be for everyone. What I plan to do though, is bring some thoughts, feedback and perhaps the beginning of some tentative conclusions from the programme over to this blog at various points over the next year. I hope this will make up something of a resource pack for those who can’t come on the programme itself or wouldn’t want to. I can’t, of course, know yet what we will find. But I have a sense that this is a good path to explore, however winding it turns out to be.

Nick Hunt
First post in a thread of stories about place and time: Nick Hunt follows the Walk of Peace trail in Slovenia through a landscape scarred by frontlines and wildfires
JourneysPlace & Time 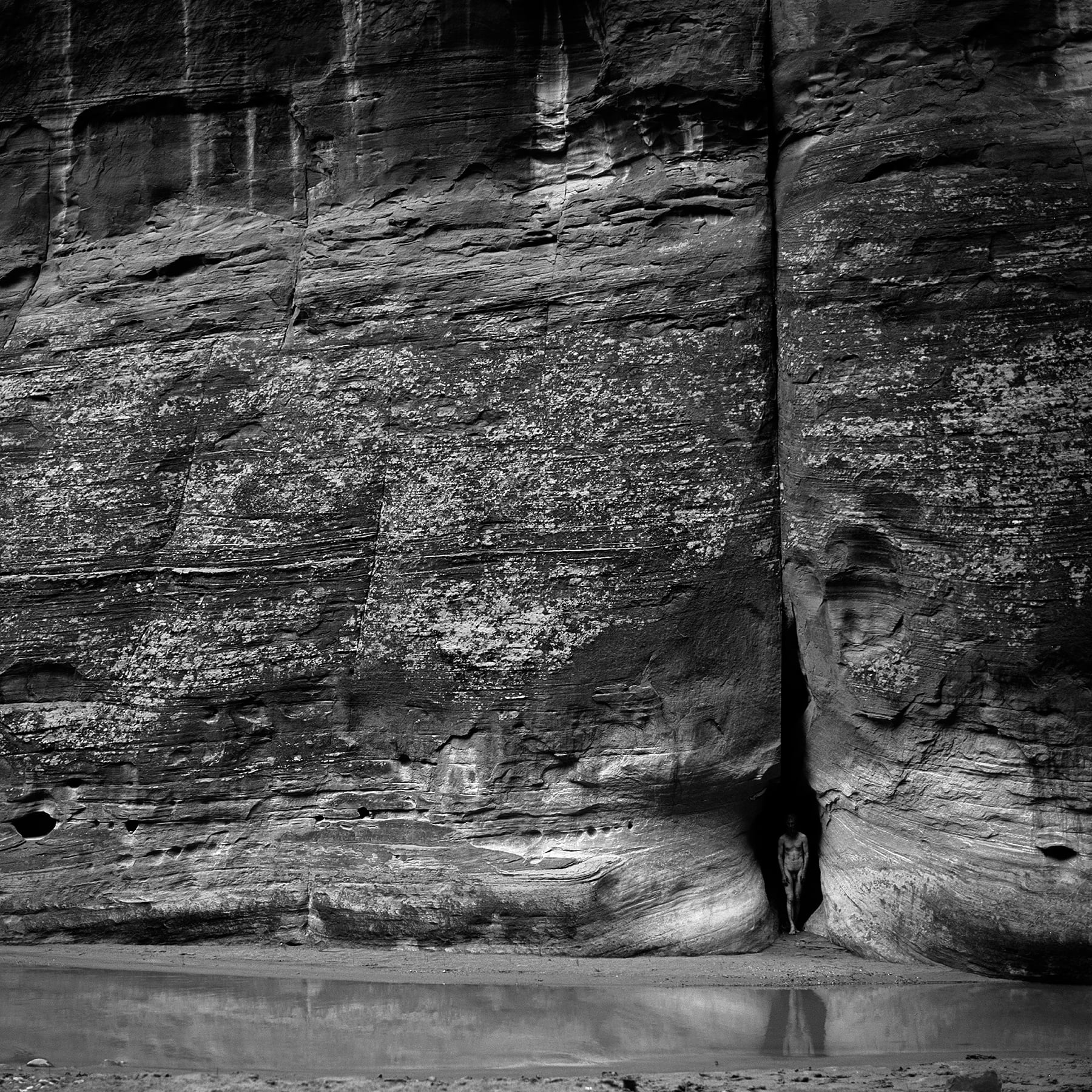 Florence Caplow
From Our BooksWalking on Lava 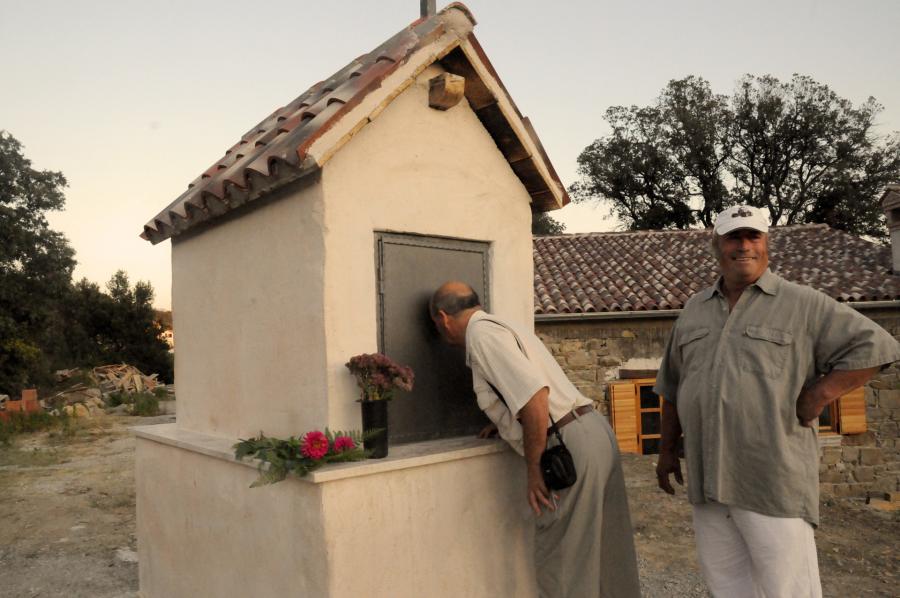 The Crossing of Two Lines

The Poet and the Machine

Paul Kingsnorth
His poems are close-up studies of rural south England in its last Golden Age; the...
Dark Thoughts 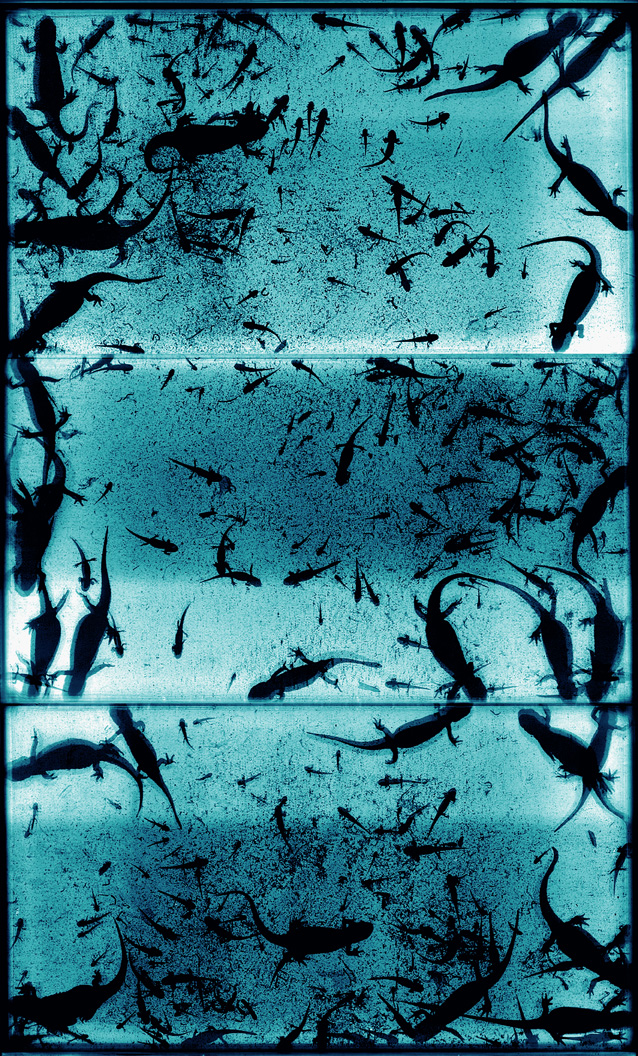