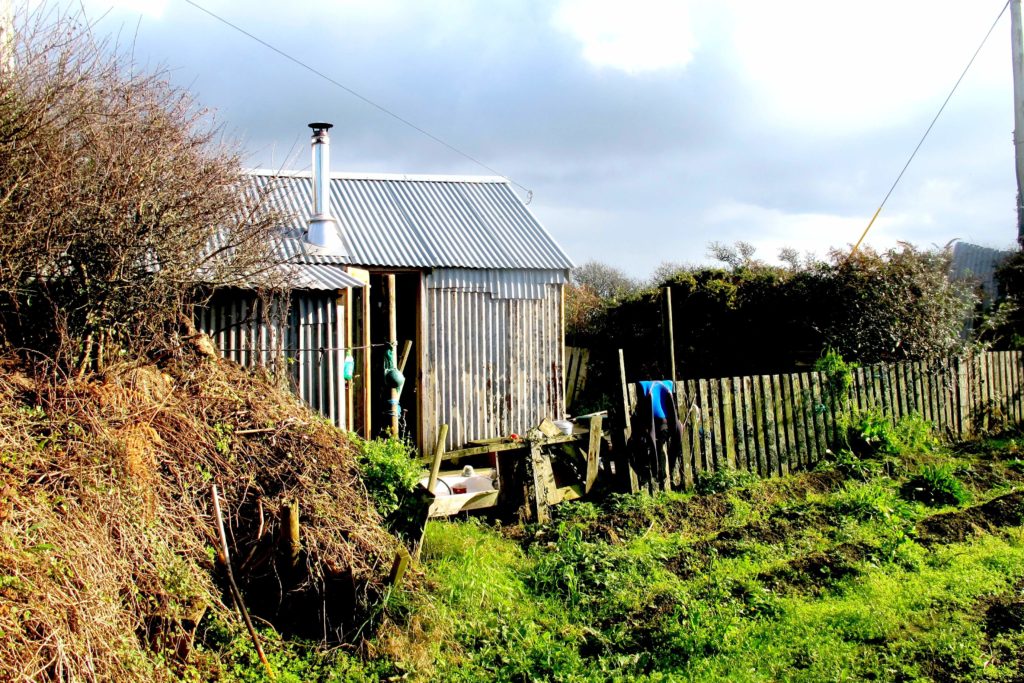 Catrina Davies
is an author and songwriter. She was born in Snowdonia and grew up around Land's End, in Cornwall, UK. Her first book, The Ribbons are for Fearlessness is a true story about busking from Norway to Portugal. Her second book, Homesick: Why I Live in a Shed is a first-hand account of the housing crisis. Belan is her second album.
Share
According to my gardening client, whose father owns (but doesn’t live in) a big house with a bigger garden and a swimming pool in one of the remote corners of this island, life is a game of numbers. The more hours you work, the greater the results. The more money you have in the bank, the better you feel at three in the morning when the air is thick with regret and the only way out is death. He didn’t put it quite like that. In fact, I suspect he does not suffer too much from being awake at three in the morning. His numbers add up, after all, and he uses them to justify his existence and to hide from the pain of it.

My numbers do not add up. This is why I am awake at three in the morning, lying alone in my single bed, aged thirty-five, listening to rain, or birds, or whatever those noises are that start out normal but turn vast and terrifying when they make contact with the old tin roof that keeps the lid on my house. I mean shed. Not by any stretch of warped imagination could this be called a house. Kind people, when they see the books and the turntables and the cello and the clutch of cobwebbed and stringless guitars brought back from various countries where the sun shines more often and the music is superior, might call it a studio. They might say that I live in my studio. Although if you asked the birds, I have no doubt they would say that I live on the ground floor of their nest, and they only tolerate it because, like them, when the sun shines I sit outside on my milk-crate perch and sing.

I am lying awake trying to answer a question. It was put to me by a seven-year-old; bright, beautiful and innocent enough to expect an honest reply.

‘Aunty Catrina, why does your garden smell of wee?’

I’d been scrumping. The floor was covered in apples. Some bruised, some rotten, all ugly enough to be laughed out of the supermarkets, who don’t know the joke’s on them. Unlike supermarket apples, these apples actually taste like apples. The bitter-sweet taste of an English autumn, of bonfires and childhood and home. The tree is an old friend of mine. It blossoms unseen by the side of the road. Even though the tree has never been pruned, or managed in any way whatsoever, there is an excess of fruit. Even the worms can’t keep up.

I was wrapping the apples in newspaper and packing them carefully into boxes for the winter. Apples, when packed this way, last for months. Which is good for my budget. My niece picked her way through the apples and came to squat on the floor next to me. She tugged my arm and put a hand on each of my cheeks and turned my face around so I was looking at her.

‘Aunty Catrina, why do you live in a shed?’

‘Someone has to’ I say, handing her a twisted apple, which she gamely bites into.

And now it’s three in the morning.

And I am aware that my niece deserves a real answer. Because one day my story will be her story. My puzzle her puzzle. Unless the telling of it somehow changes the ending.

But what do I tell her? 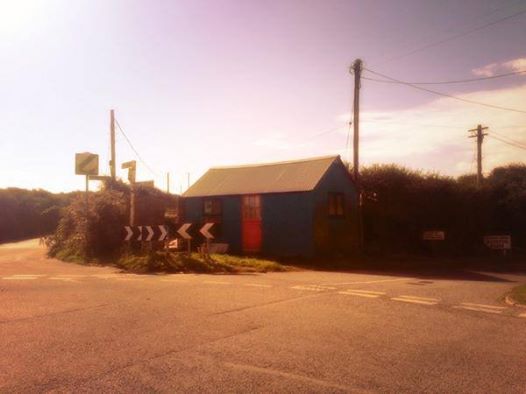 I could tell her about all the things I wanted to do with my wild and precious life. How I wanted to go exploring. To see with my own eyes all the wonders of the world. To ride camels and climb mountains, test myself against the elements, find my own limitations, make my own mistakes. And then, when I had finished wandering, I wanted to come home and write love songs and death poems and books about fear, because I’d felt love and I’d touched death and I’d faced oceans of fear and found oceans of courage, and, frankly, after all that life I didn’t want to go inside and sit in an office working to prop up someone else’s failing economy.

I could tell her I belong to a dispossessed generation, who came of age too late, after all the houses had already been hoovered up for spares and pension plans.

Both stories are true.

Bats fly into the curtainless window. Imaginary spiders crawl up my legs. I look at myself through my niece’s eyes, measure myself in terms of all the things society holds dear — access to a hot shower, a toilet and a fridge, money in the bank, good clothes and a big television and a secure job and marriage and kids and paid holiday and maybe a pension for when I’m old, and I realise I have none of these things. Not one. And even less besides.

And I could quote Thoreau and say that ‘the cost of a thing is the amount of what I will call life which is required to be exchanged for it, immediately or in the long run.’

I could tell her how much I long for security and a warm house with a separate kitchen, and yes, a bathroom, and thick white towels (this more than anything) but every time I get near any of that I throw it away, because what is required from me in return is nothing less than my soul, and I cannot surrender my soul, however cold and lonely it is at three in the morning.

But I don’t want her feeling sorry for me. And neither should she. I have an excellent degree from an excellent university, where I learned about everything, and it cost me nothing. She won’t have my chances.

I get up out of bed and light the camping stove that used to be in my van, before it died, and I sit on the chair that’s as old as me and made out of a tree much older and stare out at the darkness.

The kettle is boiling. I go outside and fish around in the broken shower tray, that doubles up as my kitchen, for a cup, flicking the slugs off and rinsing it under the cold tap.

Outside smells. It smells of stardust and infinity and muck and mist and October.

And I stand there, my bare feet all wet, and I realise that what I want to do is stick two fingers up at my client and the eyes of society and everyone else who insists life is a game of numbers, and tell my niece about washing at night under a freezing tap and glancing up at the whirring, whirling constellations of planets. About harvest moons and pre-dawn skies and the sound of the ducks in the morning. About chopping wood and growing spinach and watching the sun go down slowly over the fields to the west.

I want to sing her a love song sung to me by a dying world, whose verses I heard whispered on the howling wind. Because I am afraid that if I don’t it will all be forgotten — built on, buried, burnt out and lost forever, leaving not a rack behind. 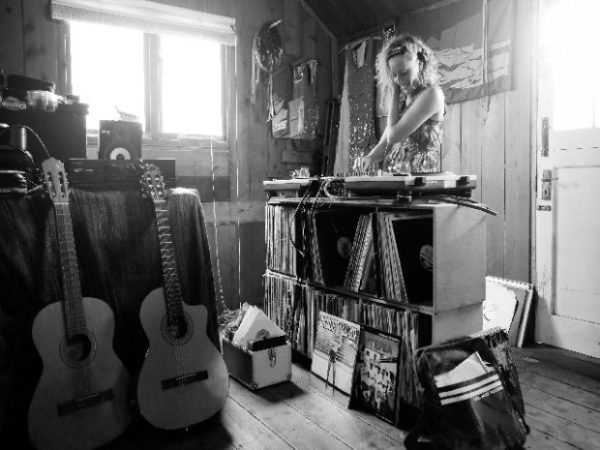 Catrina Davies from a piece written for Dark Mountain Issue 8: Techne, ‘My Tin Shed Techno-sphere’. Her second book Homesick: Why I Live in a Shed, is the story of a personal housing crisis and a countrywide one, grappling with class, economics, mental health and nature. It shows how housing can trap us or set us free, and what it means to feel at home. Published on 11th July  by Quercus.

Tales from the Bardo

Charlotte Du Cann
As human societies find themselves gripped in the claws of a pandemic, Charlotte Du Cann explores a myth of regeneration that might make sense of our predicament.
Myths & StoriesOutbreak