Skip to content
Charles Foster
is a Fellow of Green Templeton College, University of Oxford. Previous books include Being a Beast, Wired for God: The Biology of Spiritual Experience and The Selfless Gene He lives in Oxford and Exmoor.
Share
A fair amount of my life is spent in pub sessions, playing old tunes, badly, on whistles. Not one of the musicians could ever vote Tory.

This, on the face of it, is rather strange. For many of them are conservative. That’s why they’re in the pub rather than watching Simon Cowell’s flashing bridgework. They tend to pay their taxes, and be faithful to their spouses, and wear tweed waistcoats, and go to drink cherry brandy with the foxhunters on Boxing Day.

I’m not making a cheap point about the tawdriness of the modern Conservative Party: about its abandonment of real conservatism and the alienation of its old constituencies. There’s something more interesting going on.

It’s true that folk music is the music of the folk, rather than the bosses; the shepherds, rather than the gentlemen farmers. Yet for every song celebrating mass trespass, or condemning the bloated manager who waters the workers’ beer, there’s one lauding the chivalric exploits of a mediaeval toff, or cheering on the hounds as they close on a stag, or telling the tale of a young soldier who bled obediently for the Empire, or being otherwise chauvinistically English in a way that would delight the smallest-minded Little Englander. The songs bemoan the ills of feudalism, but rarely question the rightness of feudalism itself. In the English folk canon the rich man is in his castle, the poor man is at his gate, and God, who has made them high and lowly, and who unquestionably wears tweed himself and can blast pheasants effortlessly out of the sky, has ordered their estate.

So the songs themselves neither express nor shape the politics of the musicians. The politics are in the way that folk music happens.

Someone nervously starts a tune. Everyone else stops chatting and listens. Gradually they join in, until that initial tentative scraping becomes a rapidly evolving organism, with characteristics that have never before existed in the entire history of the universe, and which will never exist again: an organism woven from counterpoint; an organism whose DNA is deference and mutuality; Primadonnas make it die. The brave scraper who started it always has control, however exuberantly divergent from the original line the tune has become. She’ll lift her leg or wave her flute to stop it.

No one who has been part of this ecstatic co-dependence could ever believe the libertarian lie, whose primary axiom is that we’re all atomistic entities, like billiard balls. The free market says that we are self-made, and that our thriving consists in Self-making. Ask a free-marketeer who he is. He’ll not pause. It’s a simple question. There’s nothing fuzzy about his shape. Its frontiers are the crisp contours of his suit. He is, simply, John Smith, courtesy of John Smith and a helluva lot of hard work and risk-taking, and you can do a money-laundering check to confirm that if you like. There’ll be no mention of any other people. He owes nothing to anybody. He’s a self-birthing wonder who came from nowhere, wiped his own bottom from birth, and has no dependents since dependency is culpable. No one will weep when he dies, and nor should they.

John Smith is absurd because, although his claims are common, and form the basis of the most influential political and economic policy, no one – no one – is actually the way that John Smith says he is. He had parents and a genetic inheritance shared overwhelmingly with flatworms. He had nappies, spoon-feeding, neural plasticity and, in the early hours of the morning in that Canary Wharf penthouse, ontological vertigo. He’ll die and be eaten. John Smith is absurd because he’s a biological impossibility. He’s in desperate danger because prophecies are self-fulfilling. If you say repeatedly that you’re X, and X doesn’t exist, you eventually become X, and evaporate.

Who’s Charles Foster? I’ve no idea – other than that he’s a misty, craven, derivative, chimerical creature whose position can only be described in terms of the nexus of relationships in which he exists and of which he consists. He’s the cousin of Jurassic shrews. He gave very little help at his own birth. He can only write anything at all if the children are fighting around him. He comes from Yorkshire and Somerset and Ireland via everywhere else. Too many of his molecules, despite his best efforts, regularly come from China and Thailand, and he fears loneliness like death – which indeed it is. In short, he is ordinary, and he exists.

The fact that this is the way that humans are is the fact acknowledged and addressed in the pub. It’s unlikely to be congenial to the non-existent John Smith. It’s too messy. Who owns the tune? The person who started it? But she’ll make no claim. She wouldn’t have started it if there weren’t anyone else there. The person who plays it for the first time, and for whom it becomes a foundational joy? And who is playing it? The only answer is: an organism, just as real as a coral reef, which exists only for the purposes and the duration of that tune, and whose characteristics are determined by the tune, the age of the beer, the diddly-dees of the bad whistler in the corner, the draft under the door, and the swirling lusts and jealousies.

Folk music works because it acknowledges that there are no real boundaries between people – or at least that the boundaries are thrillingly porous; that I’m defined entirely by my relationships. In the case of folk music, those relationships are not just with the other fiddlers or squeeze-boxers or mandolinists or singers; they’re with the land that’s being sung about and is being sung back to life, and with the dead whose tunes these were. A folk session is an advaitic séance with beer. And that’s simply too interesting to be Tory. Or, for that matter, Labour, Lib Dem, or anything else with a rosette.

Raquel Vasquez Gilliland
I. By dusk, our ships had filled with stallions. They shimmered like wind under moonlight...
Dark VerseFrom Our BooksIssue 7 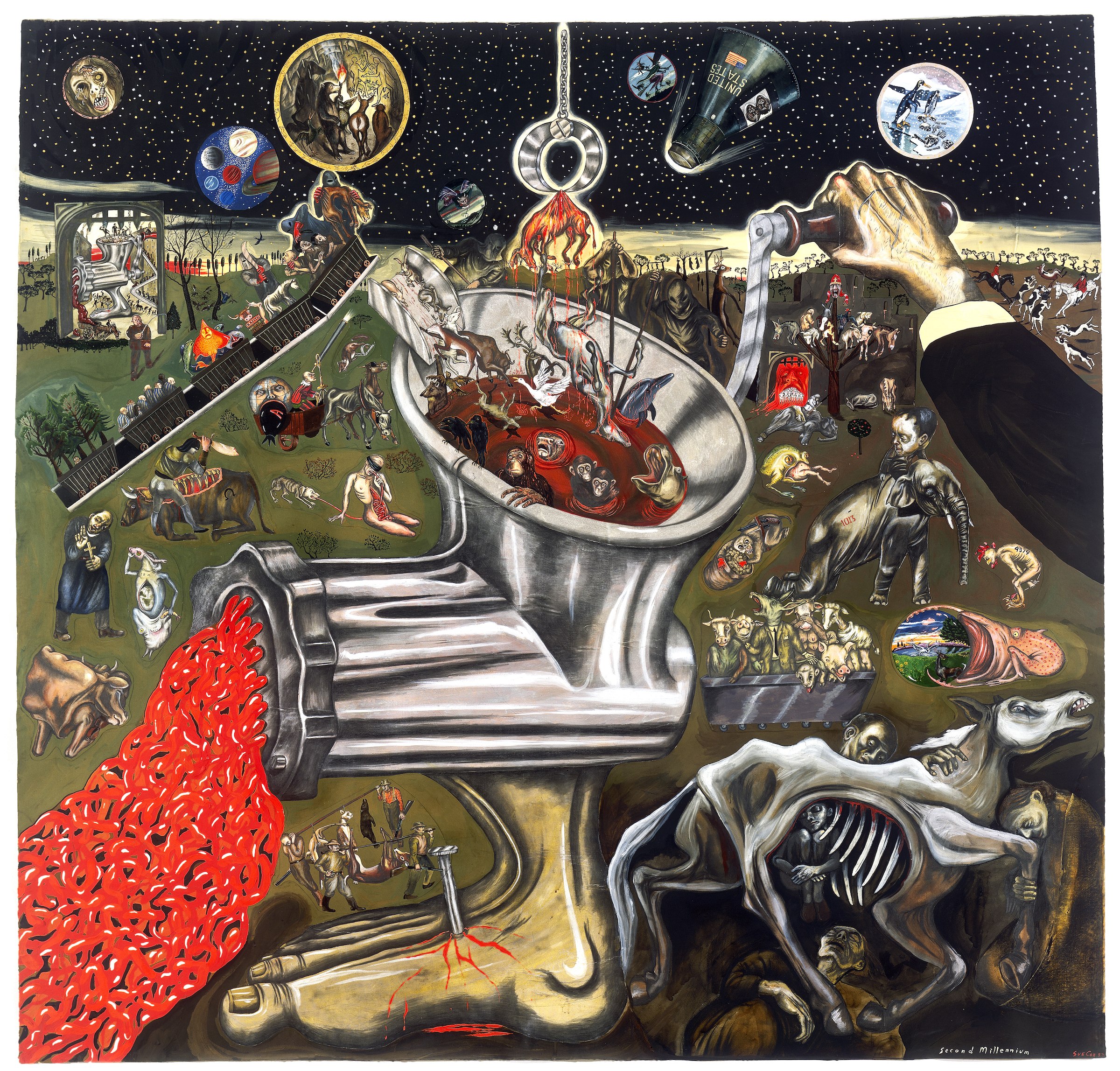 Mat Osmond
Pit’s Letter belongs, then, to a body of animal-rights campaign literature that forms one important...
From Our BooksIssue 7Uncivilised Arts

Kim Goldberg
The sight of a wagon pulled by fir trees filled the townsfolk with awe. Hearts...
Issue 7