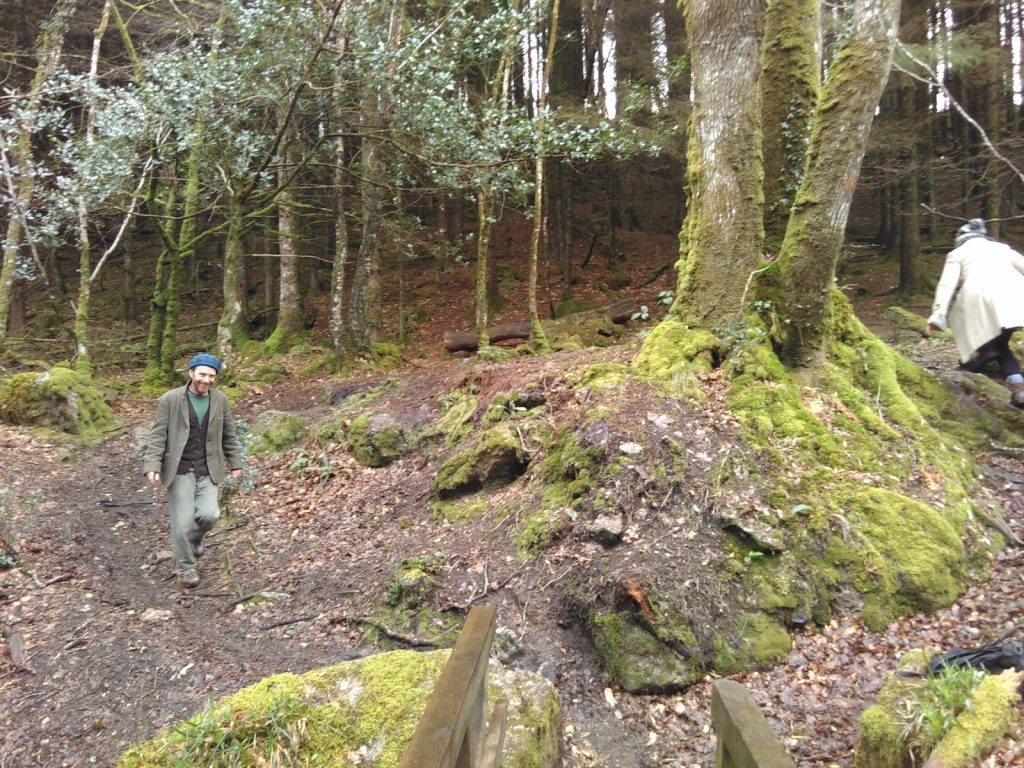 Dougald Hine
is co-author of the Dark Mountain manifesto and was at the core of the project for a decade. Originally from the northeast of England, he now lives in central Sweden. He co-hosts The Great Humbling podcast and is slowly creating a school called HOME.
Share
Back when this started, when we’d get together to work on the manifesto, it took an hour and a half on the Oxford Tube; two hours if the traffic was bad. These days, Paul and I live in different timezones, and the core of Dark Mountain has grown to a collective whose six members are spread over four countries. Since we don’t much go in for flying, that means we don’t get together as often as we’d like. But at the end of March, the six of us made our ways by trains and boats and narrow Devon lanes to a cottage on the edge of Dartmoor.

Between the walking and the cooking and the fireside musings, much of our conversation that weekend was about this new online Dark Mountain publication we’ve been planning. So today, I want to share some news about where we’ve got to.

At the end of January, we made an appeal for your support:

It’s time to do something online that comes closer to the richness of the books we publish (and will go on publishing). Exactly what form this takes, we’re still working on – but it’s going to be an online publication, something more and different to a blog – and a site that reflects more of the web of activity of the writers, thinkers, artists, musicians, makers and doers who have taken up the challenges of the Dark Mountain manifesto.

‘How ambitious we can be,’ I wrote, ‘depends on the level of support we get.’

Well, that support has been generous. As of this morning, we have raised a total of £22,646 – a figure which includes £7,000 from sales and subscriptions, which have been higher than expected over the past six months, a £5,000 grant from the Tides Foundation, and £10,646 in personal donations from readers.

First, then, a huge thank you to everyone who has contributed so far. Your faith in our work is deeply appreciated – all the more so, given that we launched this campaign without a target, a deadline or a detailed description of what we were planning to do with the money. Instead, we offered an essay setting out why Dark Mountain matters in 2017 – and I guess it’s in keeping with the spirit of this project to start with the big questions, rather than the practical ones.

But at this point, it’s time to fill in the blanks, to tell you what we are planning to do, how much we are aiming to raise, and when we want to reach that target by.

Let’s start with the first of those: when we say we’re going to rebuild this site and launch a new online publication to run alongside the books we publish, what is that going to look like in practice? Here are the ingredients that we pinned down in Devon:

The aim of this fundraising campaign is to cover the one-off costs of launching this new online publication – but there’s no point building a shiny site and not having the capacity to fill it. So part of the funding will go to cover an editorial budget for the first year or so of the new publication. What does that mean? Well, first that we go from having a “blog editor” who’s paid £100 a month to an “online editor” who’s paid £350 a month. (Which is as much as anyone around here gets paid: did I mention we run this project on a shoestring?) And secondly, that the online editor has a budget to bring in guest editors, commission longer pieces and generally find ways of bringing the site to life.

Over the next few weeks, we’re moving into action. I’ll be writing up a detailed plan for the new site, talking to developers and designers, and working with the rest of the team on the editorial shape of the new online publication. Sometime this autumn, the results will roll out into view, opening a wider window onto Dark Mountain and a broader platform for the conversations this project exists to make possible.

As you may have guessed, though, we want to make one more push with our fundraising to make all of this happen.

The target we’ve set is to reach £37,400 by the end of June: an amount that will cover the building of the website and an editorial budget to take the new publication through to the end of 2018. (Beyond that, it should be able to sustain itself through the continued growth in the numbers of readers ordering or subscribing to the Dark Mountain books.)

Can we reach that target? It’s certainly ambitious – and I don’t think we’d have had the confidence to set our sights so high, back in January, when we first announced this campaign. But we’ve been greatly encouraged by the response so far – and as the vision for what we want to do has become clearer, it’s felt right to make a big ask. 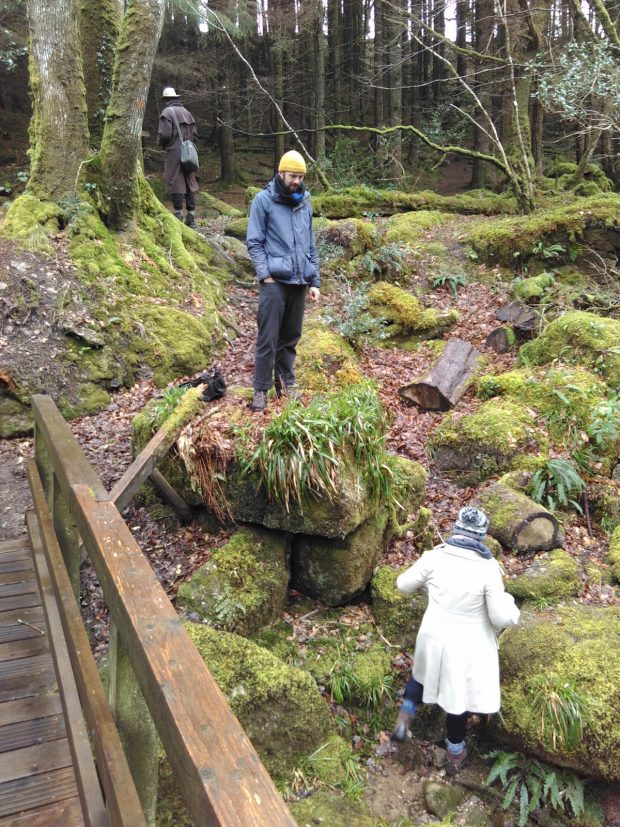 It feels like a long time now since I was riding the bus between London and Oxford to sketch out the hunches and intuitions that led to Dark Mountain. What is it that holds us to this project, the gang of us who’ve carried it on our shoulders over the years since? As you’ll have gathered, it’s not the money – nor is it the attention it sometimes brings, which is a mixed blessing at the best of times. Rather, if I had to give a simple answer, I’d say that what keeps us coming back to Dark Mountain is the feeling that this is work that matters.

Just writing those words, I realise how lucky I’ve been to get to spend so much of my life working on something that feels that way. And on the days when it hasn’t felt like that – when it’s driven me up the wall and through the ceiling – what grounds me again and gives me heart is always the response from others to whom what we’re doing has mattered: the emails from readers who just found Dark Mountain online, late at night, who write that it made them feel less alone; the beautiful unexpected invitations to collaborate; the subscriptions coming in from wild corners of the world that I have to look up on Google Earth; and, these past few months, the flow of generous donations from the hundreds of you who are helping to make the next phase of our work a reality. Thank you, all of you.

If you want to make a donation towards this campaign, you can do it direct through PayPal:

Or get in touch about other means of payment (or offers of help) by emailing dougald@dark-mountain.net.

You can post any questions in the comments here or send them by email. Over the months ahead, we’ll be sending out updates to everyone who’s donated to the campaign – including making the plans for the new site available for comment – so you can follow our work-in-progress.